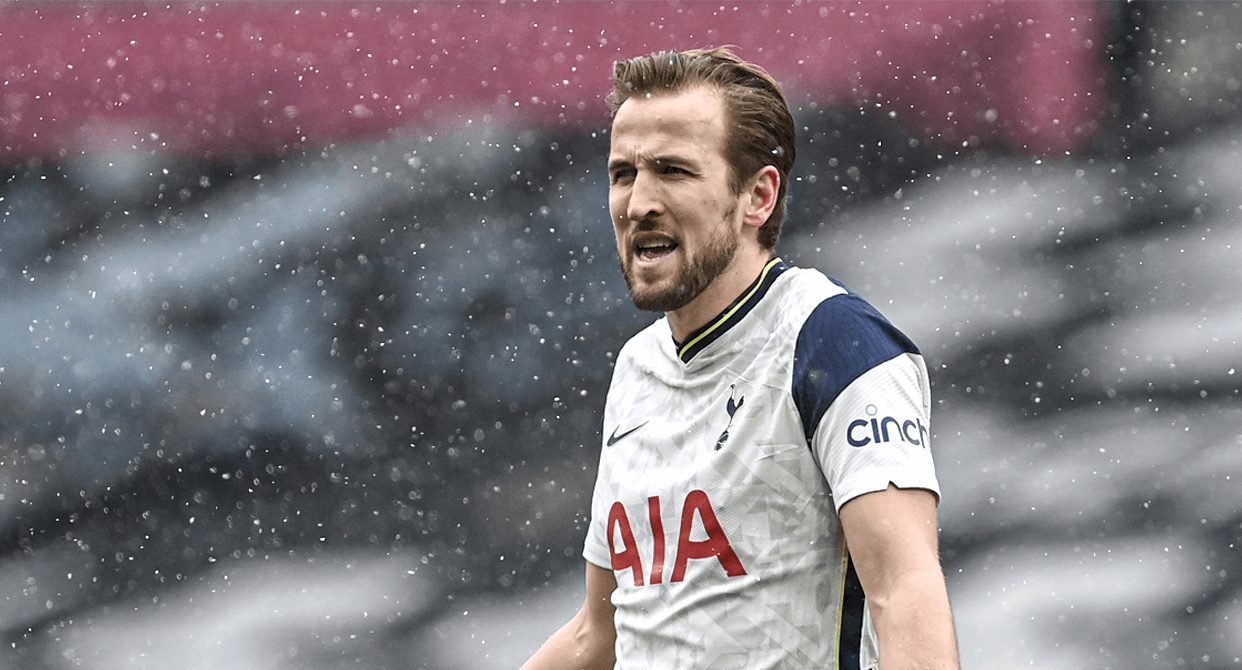 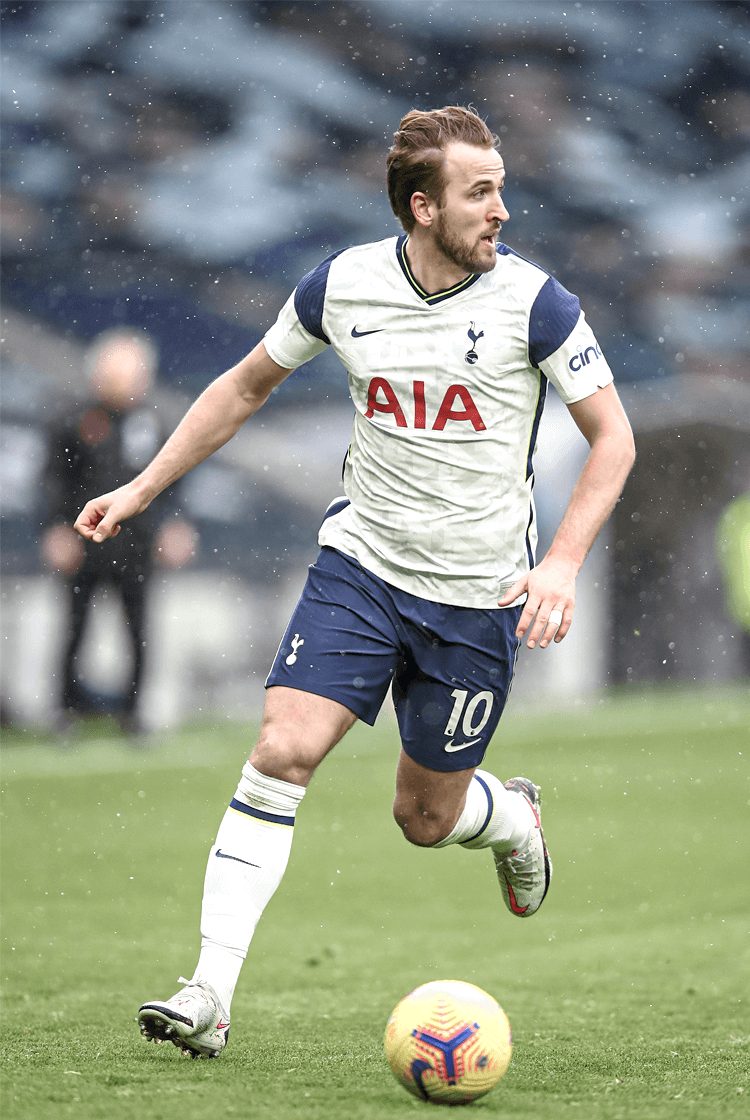 Profile
Harry Kane set himself incredibly high standards with his breathtaking goalscoring record in the first few seasons following his breakthrough at Tottenham. Under the guidance of Mauricio Pochettino, Kane developed into one of the best centre-forwards in the world, winning consecutive Premier League golden boots in 2015/16 and 2016/17 and then earning the England captaincy. After a spate of ankle injuries that threatened his consistent supply of goals, Kane bounced back each time, and has since developed into a different – and even more effective – player. In more withdrawn role, he now creates chances as often as scores goals himself.

Former Tottenham manager José Mourinho was understandably impressed with his team's talisman during his time in north London, and believed his new style of play suited him. “Harry was amazing with every coach here, he was amazing for Mauricio,” he said. “But I think he feels very comfortable and it’s a very good way for him to play, because he’s good in the box, but he’s also magnificent outside the box.”

Tactical analysis
Kane is as close to the perfect centre-forward as there is. He has no obvious weaknesses, scores goals of all types, is brilliant at holding the ball up, works tirelessly, creates for others, makes significant and crucial defensive contributions, and is a leader both on and off the pitch. Questions in recent years regarding a potential desire to leave Spurs in search of trophies could yet lead to a move, but if that does happen, he will cost the club buying him a huge amount of money.

Kane’s finishing, first and foremost, is what sets him apart. He has near-perfect technique when striking a ball, hitting through it cleanly with both feet and often finding the corner of the net. He also has exceptional aerial ability and frequently ranks among the highest-scoring players for headed goals in the Premier League. The range of his ability makes him so much more difficult to defend against – he is a threat from every kind of situation within sight of goal, so there is little opportunity for a defender to second-guess him.

He scores numerous goals off first-time finishes but also likes to receive to feet and try to forge his own path to goal. He isn’t quite as quick as he once was, and shifting the ball to one side before firing a shot off has become a less successful route to goal if a defender is tight to him, but he can still use skill to beat opponents and work himself a shooting opportunity (below).

Defenders will often try to show him on to his left foot but given how strong his weaker foot actually is, doing so often doesn’t prevent a shot. What is more, he has developed such a brilliant passing game that even if defenders manage to stop him shooting, Kane can often find a teammate in a stronger position. If his opponent has got tight to him to stop him shooting, after playing a pass Kane then bursts away from that defender and moves into a position to receive the return ball. Usually, the player he has drawn towards the ball is a centre-back, and so his movement will have created space centrally, thereby directly increasing his chances of getting a clear sight of goal in a dangerous position.

He shows good anticipation in the penalty area and it is this and his positioning, rather than particularly sharp, sudden movements – in the way that strikers like Jamie Vardy thrive – that lead to him reaching so many balls into the box. He ghosts into position to receive a pass or cross rather than making an intense burst, and he is often in the right place at the right time – an incredibly valuable asset for any centre-forward. It just so happens that Kane also has a great deal more to his game than most other fox-in-the-box-type strikers, who can be rather limited footballers.

He varies his movement depending on where the ball is. If play moves to the right he tends to position himself between the defensive and midfield lines in the hope of receiving to feet and working a shooting opportunity. When it is on the left, he usually places himself between the left-sided centre-back and left-back to attack a cross, giving him an advantage over both opponents if a quality ball – which has become more common since Sergio Reguilón's arrival – is delivered.

Role at Tottenham
Kane’s role for Spurs has evolved a great deal as he has developed. After goal tallies of 21, 25, 29 and 30 in the Premier League in his first four full seasons in their first team, he respectively scored 17 and 18 in 2018/19 and 2019/20. He was still scoring regularly, but he wasn’t reaching the figures of his earlier, peak-scoring days. He developed physically and appeared to lose some pace as a result, leading to doubts about his longevity.

He has become a perfect hybrid between a number nine and number 10. He constantly comes looking for the ball during Spurs' build-up play, combining with midfielders or looking to bring down long balls from their defence or goalkeeper (above), which became far more common during Mourinho's tenure. Once the ball is under his control, he excels at turning on to his right foot and spreading play to the right, where Spurs play with an advanced forward and an attacking right-back.

Under Mourinho, Kane came as deep as he needed to in order to collect the ball – sometimes well into his own half – and then looked to turn and play passes over the top for Son Heung-min to run on to (below). Doing so proved devastatingly effective in the early part of Mourinho’s reign. Kane and Son work together brilliantly, and both almost act instinctively in how they combine – Kane plays passes into space in Son’s direction, and Son sets off on his run well before Kane has a chance to play that pass. They often act before the opposition are set and in doing so gain an advantage on their opponents by catching them out. In 2020/21, Kane and Son have combined for 14 goals; the most by any partnership in a single Premier League season.

Kane's passing ability has made him a key part of Spurs' counter-attacking strategy. He rarely moves on to the shoulder of the last defender, and is instead the target of any clearances or the first pass after a regain, triggering forward runs by their other forwards – Son, Lucas Moura, Gareth Bale, Steven Bergwijn – to chase his pinpoint long balls.

Kane has become so effective in his new role that he is creating goals as often as he is scoring them. He borrows his brilliant shooting technique to put the ball exactly where he wants for a teammate, using his laces his hit the ball with pace towards a teammate and keep up the speed of the attack, and he is also showing on a regular basis how exceptional his vision is. At a time when purely creative number 10s are being shifted wide or turned into hard-working number eights, Kane has combined two roles to become a quite brilliant forward who can do it all. He also makes significant defensive contributions, occupying the zone on the edge of the six-yard box at defensive corners and often being the player who heads clear, as well as making heroic blocks reminiscent of a centre-back.

It all combines to make him into one of the world's most complete players. On Tottenham's teamsheet, Kane appears as a centre-forward, but just like Lionel Messi for Barcelona or Roberto Firmino for Liverpool that does not tell anything like the full story. Kane does absolutely everything, and he is on a par with the very best at most of it, too.