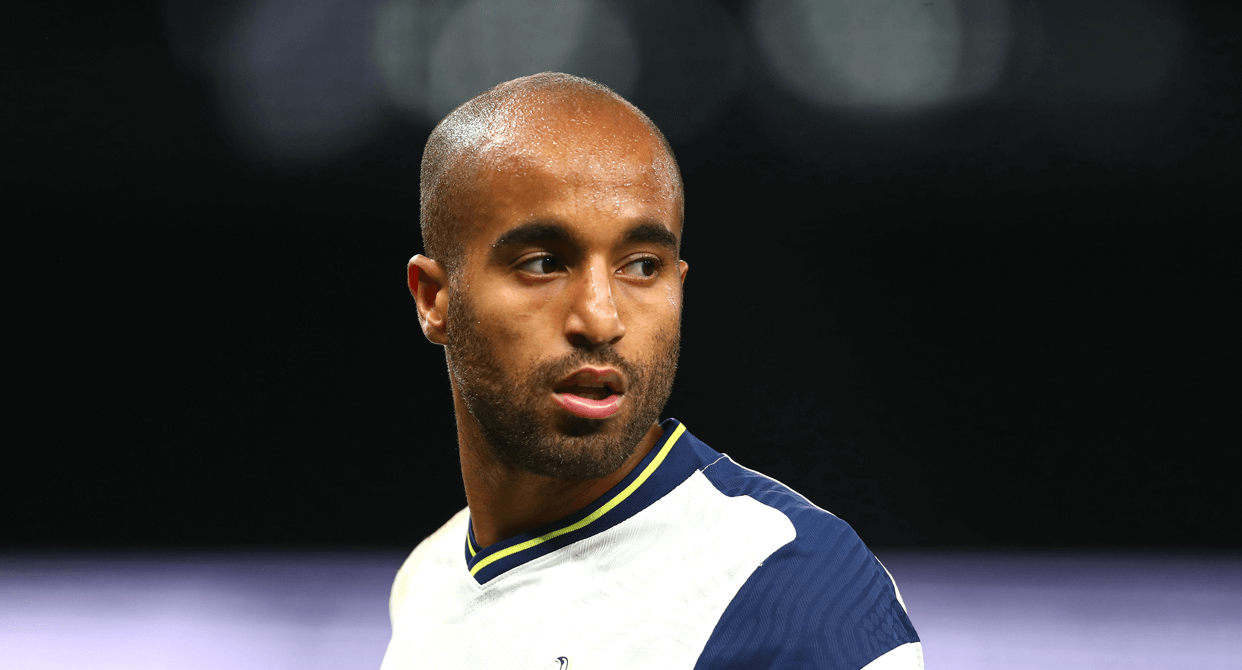 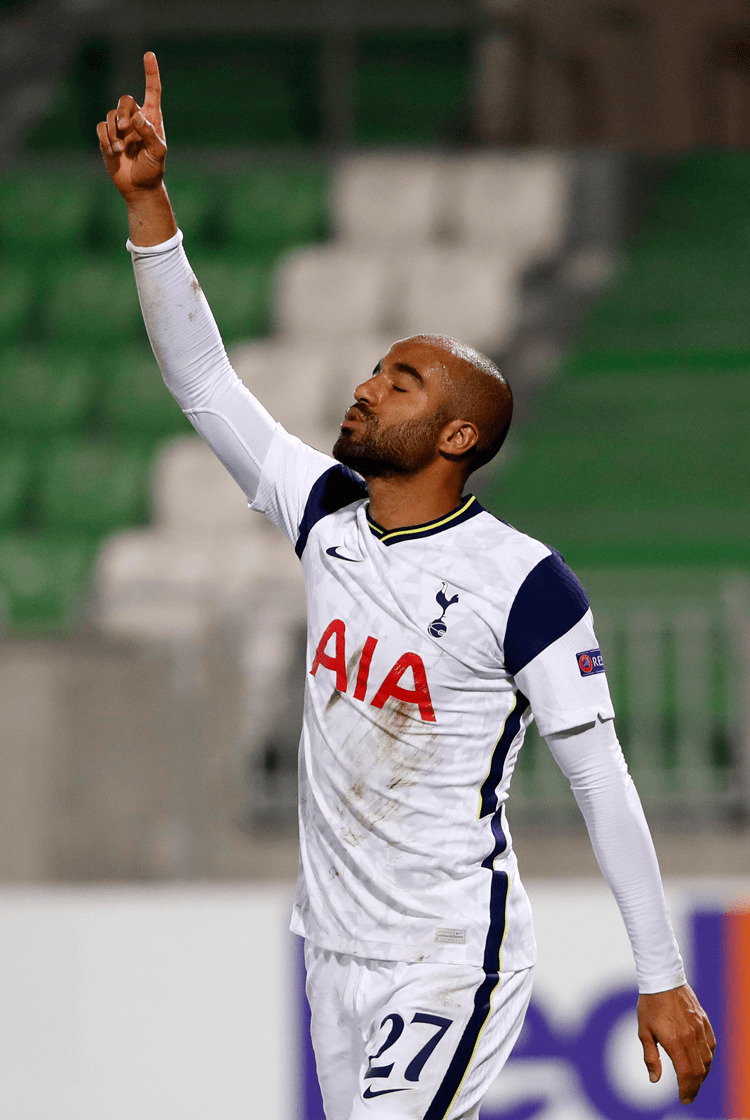 Profile
With a remarkable second-half hat-trick at Ajax in the semi final of the Champions League in May 2019, Lucas Moura almost single-handedly provided Tottenham with the greatest night in their recent history. Despite inspiring that unbelievable comeback, Moura has regardless struggled to find a place in Tottenham fans’ hearts, – patchy performances and a lack of influence on games are consistent themes throughout his time at the club, under both Mauricio Pochettino and José Mourinho.

Mourinho is appreciative of the work Moura does for his team, however. “Lucas is one of the few players that was here the day I arrived and never stopped, apart from some extreme fatigue he had because he was playing every match,” he said of the then-28-year-old. “It’s really amazing and shows the team player that he is – a team player, a consistent player, a player who sacrifices himself for the needs of the team.”

Tactical analysis
Moura’s greatest strength is unquestionably his dribbling ability. He is agile, has a low centre of gravity, can accelerate quickly, and is able to move at pace while keeping the ball under control. He has a decent first touch and can control the ball in front of an opponent before turning, and he has the ability to burst between two defenders and break lines through his dribbling (below), which is where he provides most value to his team.

He prefers to receive the ball in deeper positions than areas behind opponents, where many might expect him to be most effective. Given his pace, he appears well-suited to making runs in behind; instead, though, he likes to move into positions between the lines to receive, turn and sprint forwards with the ball. He is very good at evading defenders who close him down quickly, but he struggles to get his head up and distribute the ball accurately to a teammate once he has beaten an opponent, and therefore needs teammates to offer simple passing options when he approaches the final third with the ball.

His shooting ability with both feet is also decent, and he connects well with his shots. He prefers shooting with power rather than placing his attempts – and he often needs to use his laces because his shooting opportunities tend to come from distance, in front of an opposition’s defence, rather than in behind, ensuring he often shoots from crowded areas and that a significant proportion of his shots are blocked.

Another of his strengths is in the air. He possesses a very good leap and is capable of beating far bigger opponents to headers, meaning he can be a target for long balls forward. He is also a threat at attacking set-pieces, where he tends to make a near-post run (below), though he has limited success when it comes to scoring from dead-ball situations.

Moura has lots of the attributes that would suggest he could make a good goal-poacher – he can shoot, he is fast and he is good in the air. However, despite having the pace to pose a threat in behind and the freedom to attack balls that are delivered into the penalty area, doing so does not come naturally to him. He prefers to stay further from goal, and therefore provides little in the way of consistent goal threat.

What that does mean is that he is in a better position to take up his position in his team’s defensive shape, and Moura is always impressively aware of his out-of-possession role. He works indefatigably for his team; for that reason, he will always be a useful player, and one who managers value.

Role for Tottenham
Moura’s time at Tottenham has been relatively turbulent, from the highs of the run to the Champions League final to Pochettino’s departure and a very mixed period – from both an individual and team perspective – under Mourinho. Throughout that time, Moura has remained an important part of their first-team squad and a semi-regular fixture in their starting XI – in part due to an impressive lack of injuries. Even so, it remains unclear what his best position is, and his role at Tottenham remains inconsistent.

Despite possessing many of the characteristics that make a good goalscorer, Moura cannot play as a lone striker because he provides too little presence and, despite being capable when it comes to receiving the ball in tight spaces and being able to dribble out of them, he does not then get his head up to distribute the ball effectively. He is a decent enough second striker when playing alongside a bigger partner – as he showed when playing with Fernando Llorente in the second half of that comeback win at Ajax (above). But that was very much a one-off performance, and, with Harry Kane and Son the greatest goal threats at Spurs, Moura has been used elsewhere.

For a significant period after Mourinho first joined Tottenham, Moura was used as the right-sided attacking midfielder in a 4-2-3-1. With Serge Aurier playing as a very attacking, overlapping right-back and Son providing height on the left – their left-back Ben Davies generally tucked in to form a back three when Spurs were in possession – Moura moved infield towards goal. From that inside-right forward's position, the aim was for Moura to join Kane as a central attacking threat along with Dele Alli. It was Alli rather than Moura who benefitted, though – goals were hard to come by for the Brazilian.

One way in which he was useful was through switches of play to the right. He made runs off the wing to create space out wide, and he used his ability in the air to win flick-ons for Aurier to run on to.

With Tottenham’s change into a team that sits back in a 4-4-2 mid-block and looks to counter-attack into space when they win the ball, Moura has found opportunities hard to come by; Son and Steven Bergwijn have been preferred as the wide midfielders who burst forward during attacking transitions. Despite his pace, counter-attacking is strangely not one of Moura’s strengths. He is more comfortable running with the ball at defenders than running in behind for through balls. When he drops deep to receive a pass, him controlling the ball and starting to dribble forward tends to slow down Tottenham’s attacks, so he has found playing opportunities harder to come by.

When he has played, he has tended to feature on the left side of their attack, and he has looked as ineffective as ever from that position, dribbling without success on his left foot, or cutting in to shoot but rarely troubling the opposing goalkeeper. It appears as unclear as ever where Moura should fit into Tottenham's team. Even given Kane’s injury problems, it does not seem that Moura is a potential replacement through the middle.