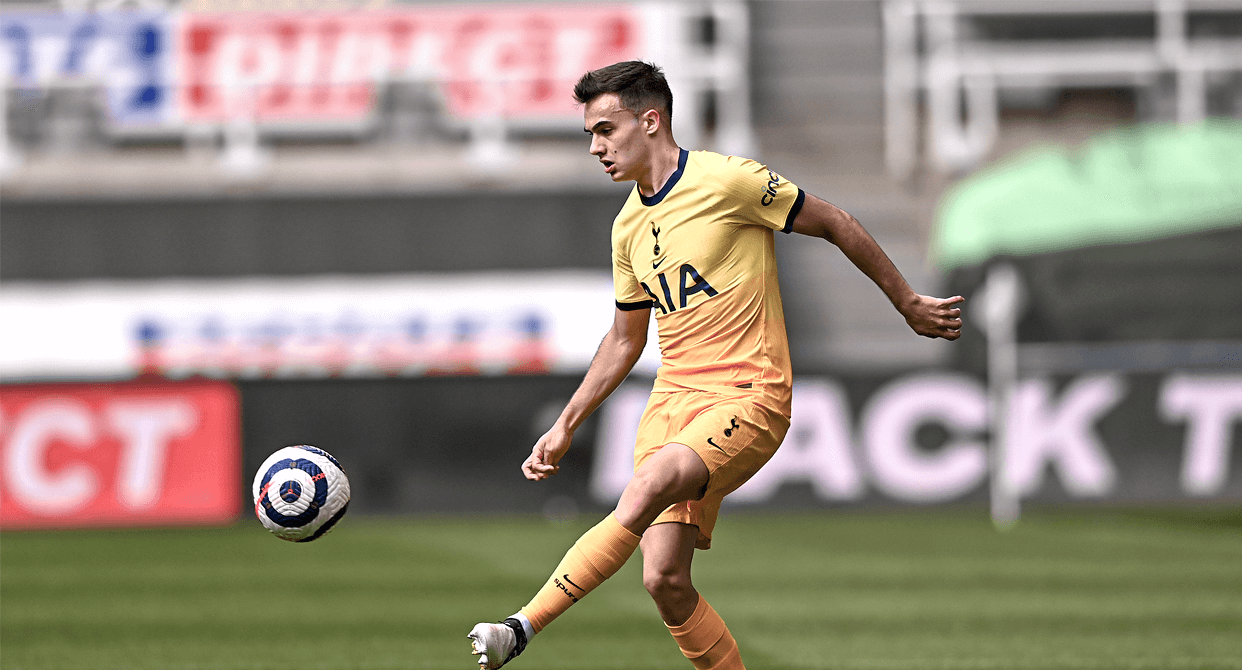 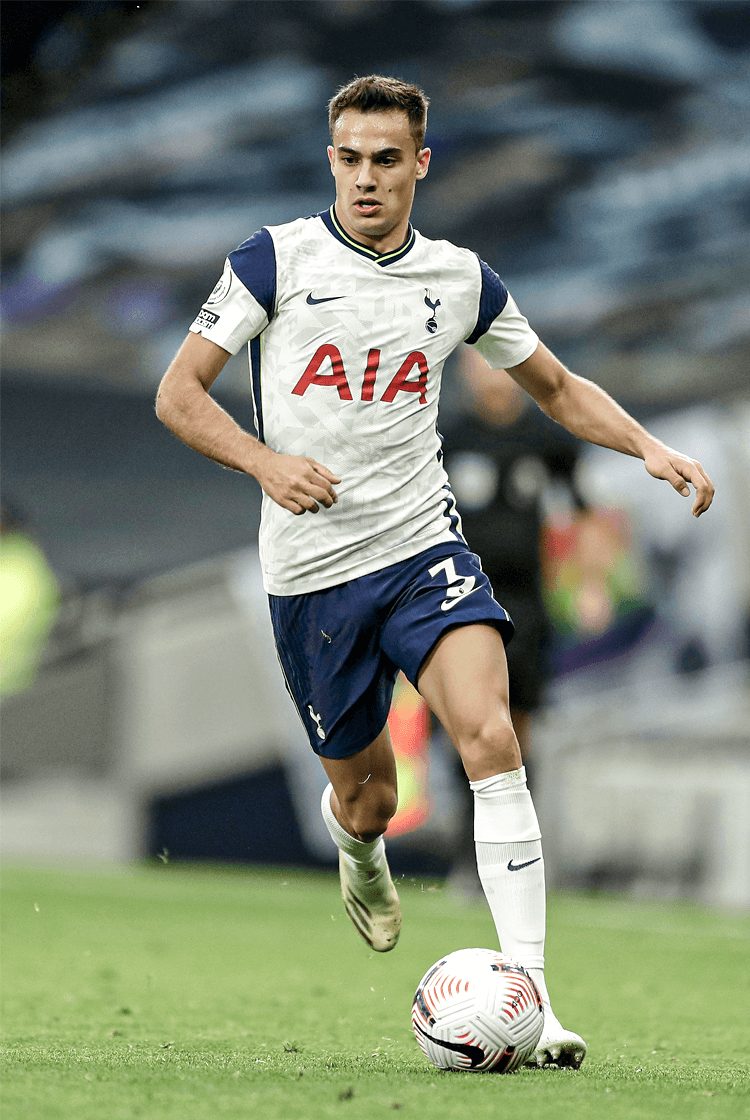 Profile
In prising Sergio Reguilón from Real Madrid, Tottenham succeeded in signing one of Europe's leading left-backs. At the age of 23, while on loan from Real during 2019/20, Reguilón played an influential role for Sevilla as they won the Europa League. Upon his return, he already appeared ready for first-team football under Zinedine Zidane.

Instead, it may be Spurs who benefit from his best years in a reversal of roles between Spurs and Real, following deals that took Luka Modric and Gareth Bale to the Bernabéu. “One of the players who could show that traditional Real Madrid desire to compete against Barcelona was Reguilón,” said José Mourinho, even before his appointment in north London, demonstrating he has been an admirer for a significant period of time.

Tactical analysis
Reguilón is a typically modern full-back who provides more to his team when in possession than without the ball. He is a capable and tenacious defender, adept in one-on-one situations and not afraid to get stuck in or make a big tackle when needed, but he is at his best when charging towards the opposition goal in a wide position to cross.

He is a brilliant crosser, able to deliver accurate balls into the area from any position out on the left, but what is also impressive is how he forges so many opportunities to cross. He is extremely quick and can beat an opponent with a subtle drop of the shoulder, but he is just as effective when running on to a ball from a player in a central position. His delivery is exceptional, and he is very good indeed at crossing when on the run, even when he has only recently reached top speed. He is effective at slowing down swiftly to sort his feet out and dig out a cross, and this is an area of his game that stands out; plenty of other top-level wide players struggle to maintain their technique and cross with accuracy when travelling at high speed.

When looking to work his own opportunity to cross, he favours running diagonally towards goal briefly, before feinting to pass or cross and taking a heavier touch outside to create himself space. His acceleration is another strength, and means he can retrieve the ball and dink a cross towards goals after doing so.

He doesn’t put a great deal of power on his crosses, instead looking to pick out a specific teammate, having taken a quick glance up as he sprints towards the ball (below). His ability to deliver accurate crosses having run forward at pace is extremely useful, especially with lethal finishers like Harry Kane to aim for.

Although he is predominantly left-footed, Reguilón can also deliver with his right. His technique is naturally worse with his weaker foot, so when using his right he looks to cross towards a zone rather than a specific teammate. This means that, while defenders will want to stop him getting on to his left, he does possess the ability to lift the ball in with his right foot and takes that option when there is no space to cross with his left.

He has decent passing ability, and he retains and recycles possession well enough, but he could improve when it comes to finding feet in the final third. Given how often he gets into advanced positions, more often than not he will look to play a lofted ball forwards or put a cross in, when a fizzing a ball into the feet of a more advanced teammate might be more beneficial to his team.

When defending, Reguilón is switched on to potential danger and closes his direct opponent down as quickly as possible after they receive the ball. When defending one-on-one against an attacker facing away from goal, he gets tight and leans into his opponent to make life as difficult as possible for them, while snapping at their heels to try and win the ball. If his opponent is facing towards him, Reguilón attempts to show them wide, and will almost invite the attacker to take him on around the outside, backing himself to beat them in a foot race if the ball is pushed down the line (above). His turn of pace and speed in making recovery runs means that his nearest centre-back does not need to stay too close to him, safe in the knowledge that Reguilón will often manage to keep the attacker from progressing into the centre.

He is proactive in his defending, and happy to engage in an aggressive counter-press at defensive transitions when he is high up the pitch at the point of a turnover. He is, however, on the lightweight side and often struggles when involved in physical duels, both on the ground and in the air.

Role at Tottenham
Reguilón’s arrival in north London completely transformed his new team. Spurs had previously played with Ben Davies at left-back, who is most comfortable tucking in and playing like a third centre-back, and Serge Aurier as a very advanced right-back. Reguilón’s presence means the team has attacking impetus on both flanks from the full-backs. With defensive midfielder Pierre-Emile Hojbjerg perfectly happy sitting in front of the back four, Reguilón has plenty of licence to attack.

When his team has the ball, Reguilón joins attacks whenever he can. While Tottenham’s main goal threats – Gareth Bale aside – are right-footed and tend to run from left to right towards goal, Reguilón holds his width on the left side of the pitch and gallops into the space that Son Heung-min leaves vacant on the flank as often as possible (above).

When he’s on the ball in a position to cross, Tottenham’s players pile into the penalty area to attack any ball he puts into the middle. Rarely will anyone come short towards Reguilón, because they know he has the ability to beat his opponent and get a cross in – so it is often best to leave him in as much space as possible. He usually has three players to aim for, with a midfielder joining Kane and Son in the penalty area, while the right-back might also attack towards goal, making a five-point attack (below). When play is on the other side, Reguilón will tend only to make the box if Spurs are chasing a lead, otherwise staying outside the area to pick up any clearances.

Though he clearly enjoys attacking, Reguilón sticks to his role as a narrow left-back when Spurs don’t have the ball diligently. Generally, when he does leave his slot to put pressure on the ball, Hojbjerg will be on hand to fill the slot in behind him, or he is able to recover himself, as the centre-backs are instructed to stay central and protect the space close to goal.

Reguilón has been a revelation since joining Tottenham and, as one of the best players in a largely underachieving side, he may have his sights set on bigger and better things. The buy-back clause that Real Madrid insisted on retaining when he moved to Spurs could well come in handy from the perspective of the Spanish side. Reguilón is without question capable of playing in the Champions League, and it wouldn’t be at all surprising to see him doing so before long – whether that is for Tottenham or elsewhere.