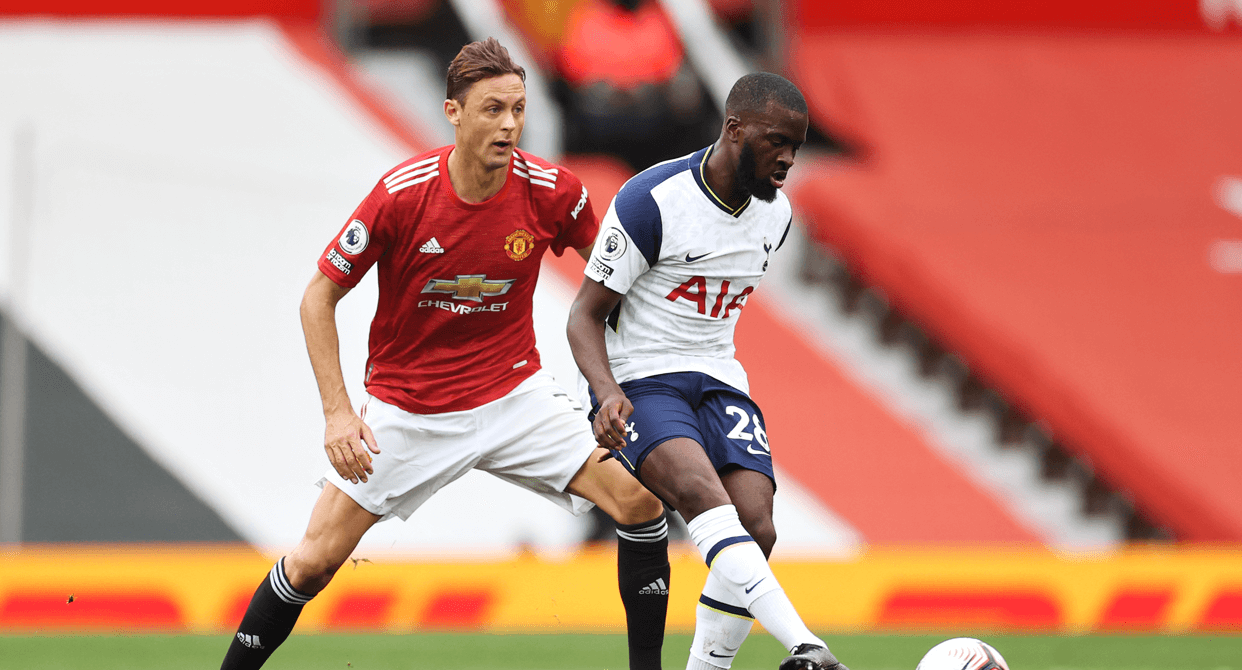 Profile
After a slow start to life in London, Tanguy Ndombele is starting to show why Tottenham broke their transfer record to sign him from Lyon in the summer of 2019, when the then-22 year old cost the club €60m. There were reports that José Mourinho was losing patience with a player said to show little desire to work on his fitness, but any doubts were dispelled with a string of high-quality performances in midfield at the start of the 2020/21 campaign.

Mourinho has clearly been convinced by the Frenchman's significant talents. “Now I believe in Tanguy,” the Spurs manager said. “I never doubted his ability but I doubted his effort and motivation. Now I think that Tanguy can do well for us.”

Tactical analysis
Ndombele is a central midfielder who likes to receive possession in deep positions, but he is by no means a defensive player. He needs a deeper-lying midfield partner alongside him, because though he is comfortable picking the ball up in front of defence, he progresses play with quick changes of direction and vertical passes which he then follows. He doesn’t hold his position.

He is happy to receive a pass under pressure and facing his own goal, using his upper-body strength to shield the ball and hold off attackers. He has a wonderful first touch, is incredibly skilful, and has the confidence to twist and turn his way out of pressure, meaning teammates can trust him to control a pass that is fizzed to him at pace. His aim is to work himself some space and then find a teammate with a crisp pass, and he rarely overcomplicates doing so. He is also perfectly happy to play a safe, sideways pass if a vertical ball into an attacker’s feet isn’t on.

His main value to Spurs is in his ability to break lines both with his passing and his dribbling – a crucial strength they had lacked in the deep midfield positions since Mousa Dembélé’s physical decline and then eventual departure to China's Guangzhou R&F in January 2019. Ndombele possesses nothing like Dembélé’s strength, but the combination of his guile, speed of thought, quick feet, exceptional skill and a low centre of gravity make him a brilliant player when Spurs encounter crowded midfields. In that regard he is unique in Spurs' squad; there are very few in the Premier League quite like him.

Ndombele supports his passes with a sprint forward in the hope of receiving a return pass while facing the right direction, and he prefers to remain behind play, rarely moving ahead of the ball and instead offering both support for attacks and security against counter-attacks (below). When he makes those forward runs to follow a pass he takes an opponent with him, which is extremely useful in disrupting opposing defensive and midfield lines.

When he collects the ball in space in deeper territory, his first thought is to drive forward into that space (below), attracting an opponent towards him and therefore creating further space through which he can play. He sometimes looks a little languid or slack in possession, but often that is a ploy to draw opponents in before he springs into action and skips away with a deft touch.

When out of possession, Ndombele is capable of covering large distances at speed, and also demonstrates sound positional awareness. He is aware of what is behind him, and makes good decisions as to when to join their press and when to remain in position. He also uses his speed to close opponents down quickly, forcing their head down and preventing them from playing forward.

Role at Tottenham
Ndombele struggled in his first season at Spurs, in part due to problems with his fitness but also – and arguably more significantly – because of their lack of a high-quality holding midfielder. There wasn't a player who could do the essentials in central midfield alongside Ndombele and allow the talented Frenchman to thrive. Pierre-Emile Hojbjerg, since signed from Southampton, can do just that. With Hojbjerg alongside him, Ndombele, who played his way into Mourinho’s starting XI despite doubts over whether he would remain at the club, has the freedom to work in the areas he is most comfortable. Spurs therefore finally have a player in central midfield who can carry the ball forward at pace, and turn defence into attack.

During 2019/20, when Mourinho was unconvinced by Ndombele’s fitness, the Portuguese had little confidence in their other central midfielders, and in particular their ability to collect the ball defence, turn, and progress play. Those doubts meant that he would often instruct his defenders to bypass their midfield entirely, and to play long balls towards Harry Kane – which proved ineffective. With Ndombele starting, Spurs can play through midfield to move up the pitch and retain possession through the thirds – and he attempts to do so with bold and daring moves and passes, even when close to his own goal (below). He looks to combine with other teammates to help his team play their way out of trouble.

Ndombele is the calm figure in central midfield who is entrusted to lead that, playing in a 4-2-3-1 or a 4-3-3 with either one or two more defensive-minded players alongside him. He covers a vast amount of ground given he contributes defensively, and also constantly provides a passing option. He moves all over the pitch supporting teammates and looking to help them play out of tight situations before a switch of play into space.

Spurs' tactics under Mourinho are largely centred around getting the quick Son Heung-min or Lucas Moura through on goal or attacking right-backs Matt Doherty or Serge Aurier into space out wide. Ndombele plays a crucial role in helping draw opponents towards the ball on one side of the pitch, thereby crowding a small area and opening up space elsewhere for others to run into. He is more suited to playing short passes, so often isn’t the player who actually makes the switch of play – increasingly that is Kane’s job – but that should not diminish the vital role he plays. He is looking more and more a key figure as Spurs gather pace in their pursuit of silverware.