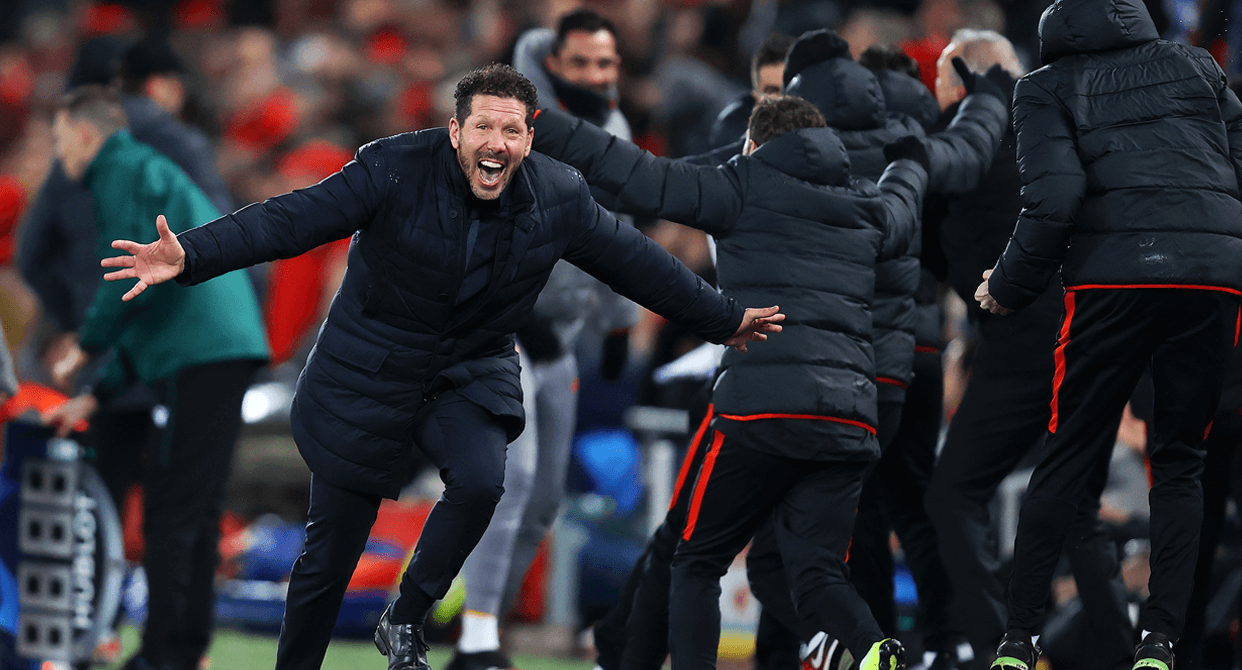 Liverpool’s reign as European champions was ended emphatically when Atlético Madrid survived an onslaught at Anfield before hitting three away goals in extra time to make it through to the quarter finals of the Champions League. After losing in the Spanish capital, Jürgen Klopp’s team dominated the second leg but did not take their chances, and were then punished by opponents who were ruthless on the break. "I am completely happy with the performance; it's so difficult to play a side like this," Klopp said afterwards. "I don't understand with the quality Atlético have, the football they play. They could play proper football but they stand deep and have counter-attacks. We accept it, of course, but it doesn't feel right.” This was the first time in 11 two-legged European ties under Klopp that Liverpool have lost. 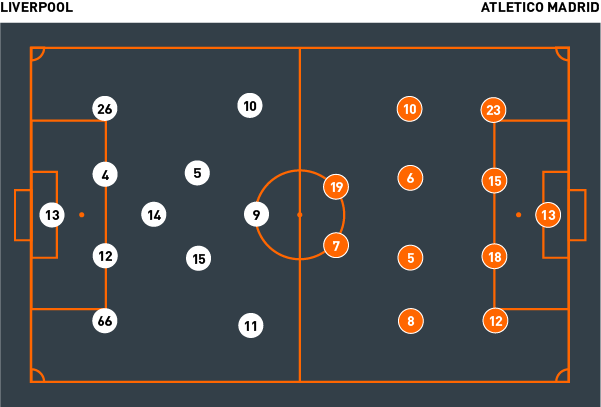 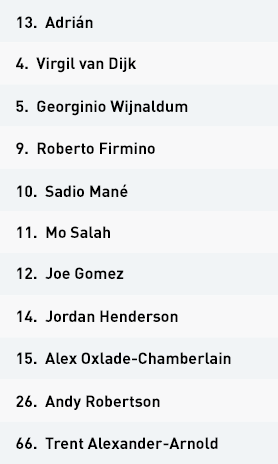 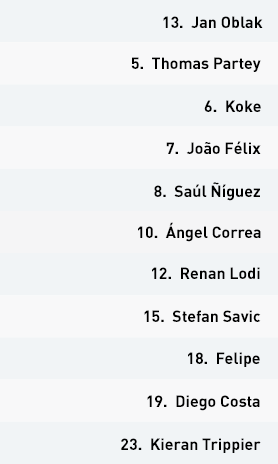 Liverpool operated in the 4-3-3 formation that has brought such success under Jürgen Klopp, with Jordan Henderson returing to midfield, between Alex Oxlade-Chamberlain and Georginio Wijnaldum. They were confronted by Diego Simeone's Atlético Madrid and their 4-4-2.

Liverpool dominated possession as they sought to respond to their 1-0 first-leg defeat at the Wanda Metropolitano; Atlético operated in a mid-block to attempt to prevent Liverpool from progressing possession in central areas. Atléti’s attackers, Diego Costa and João Félix, withdrew far enough to occupy Henderson, which meant that Joe Gomez and Virgil van Dijk were free to carry the ball out of defence, but denied Liverpool a three-on-two overload in central midfield.

Atléti maintained a compact shape, discouraging vertical passes when the ball was central, and diagonal passes inside when it was wide. When it was played towards a full-back, Atléti’s wide midfielder engaged, a supporting full-back prioritised the wide Liverpool attacker, and their teammates shuffled across, frustrating Liverpool's progress in wide areas and encouraging them to repeatedly circulate possession in defence.

Liverpool focused the majority of their attacks down the right. Mo Salah remained as wide as possible, and Oxlade-Chamberlain supported him – almost like a second striker. Oxlade-Chamberlain’s runs between Atléti’s left-sided central defender and left-back drew a central midfielder, leaving spaces on the edge of the penalty area for Salah to dribble into or, if Oxlade-Chamberlain had received possession in an advanced area, for a cutback.


As Atléti withdrew into deeper territory, Trent Alexander-Arnold found more spaces in which to deliver crosses into the penalty area, where Sadio Mané, Roberto Firmino and Wijnaldum attacked. Atléti negated the vast majority of these, but Wijnaldum found space to level the tie with a header towards the end of the first half.

Atléti cleared most crosses into the penalty area but some were only half-cleared, and Liverpool won multiple second balls, leading to several fine chances when only the inspired Jan Oblak denied them. Many of those opportunities came after they managed to isolate their best dribblers with a single defender. Mané, Wijnaldum and Salah all created good opportunities – including for Firmino’s goal – after beating defenders.

Atléti were relatively comfortable in dealing with Liverpool circulating possession, and their rotations, but a more individual approach caused problems. The visitors regardless crowded their penalty area to such an extent that Liverpool struggled to find a clear route to goal, blocking seven shots to Liverpool’s zero amid Oblak making nine saves.

Diego Simeone organised Atlético Madrid into a 4-4-2 formation while they were in possession. Ángel Correa, Thomas Partey, Saúl Ñiguez and Koke featured across midfield, and João Félix and former Chelsea striker Diego Costa were in attack. They encountered Liverpool and their consistent 4-3-3, in which Jordan Henderson returned to midfield, where he joined Georginio Wijnaldum and Alex Oxlade-Chamberlain.

Atlético were content to allow Liverpool to dominate possession, and to try to take the few chances they succeeded in creating. Their approach when they did have possession was clear – to play diagonal passes into wide areas to draw a Liverpool full-back before playing another diagonal pass in between that full-back and the nearest central defender while their midfielders made penetrative run in behind. It was this that led to some early opportunities, including one inside the first minute.

They otherwise sought to play on the counter, but as the evening progressed they withdrew deeper and deeper when they were without possession; their two forwards were often required on the edge of their own penalty area, meaning that when the ball was cleared there was no one in an advanced position to battle for possession or to launch a counter-attack. Liverpool counter-pressed in numbers, and largely succeeded in discouraging Atléti from playing out of defence.

The visitors' decisive goals came after key substitutions. Costa was replaced by Marco Llorente, who moved to the right of their midfield to free up the energetic Correa to play in attack, and Álvaro Morata later replaced Félix. They combined to provide Atléti's second and third goals, both of which came immediately after transitions; they also played as deeply as those they replaced, but through being fresher could take advantage of the significant spaces that existed on the counter.

It regardless should not be overlooked that the absence of Alisson was a significant loss for Liverpool. An individual error from Adrián led to Atléti’s first away goal, which subsequently forced Liverpool to commit numbers forwards and left more spaces in their defensive third.