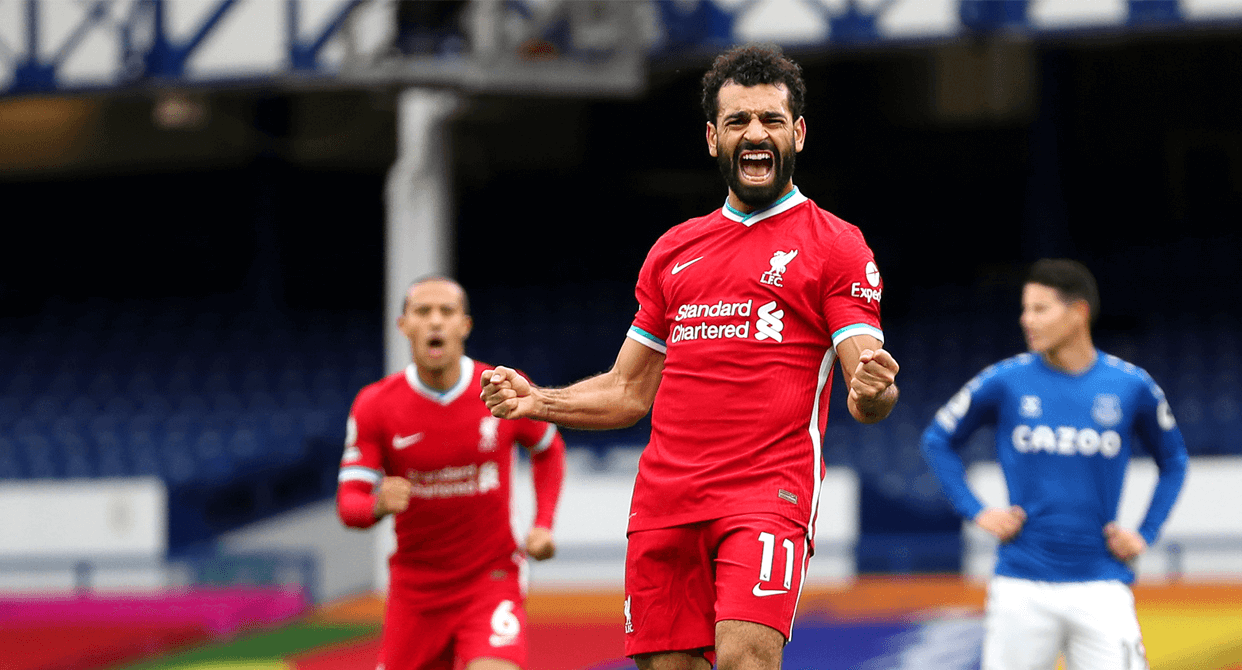 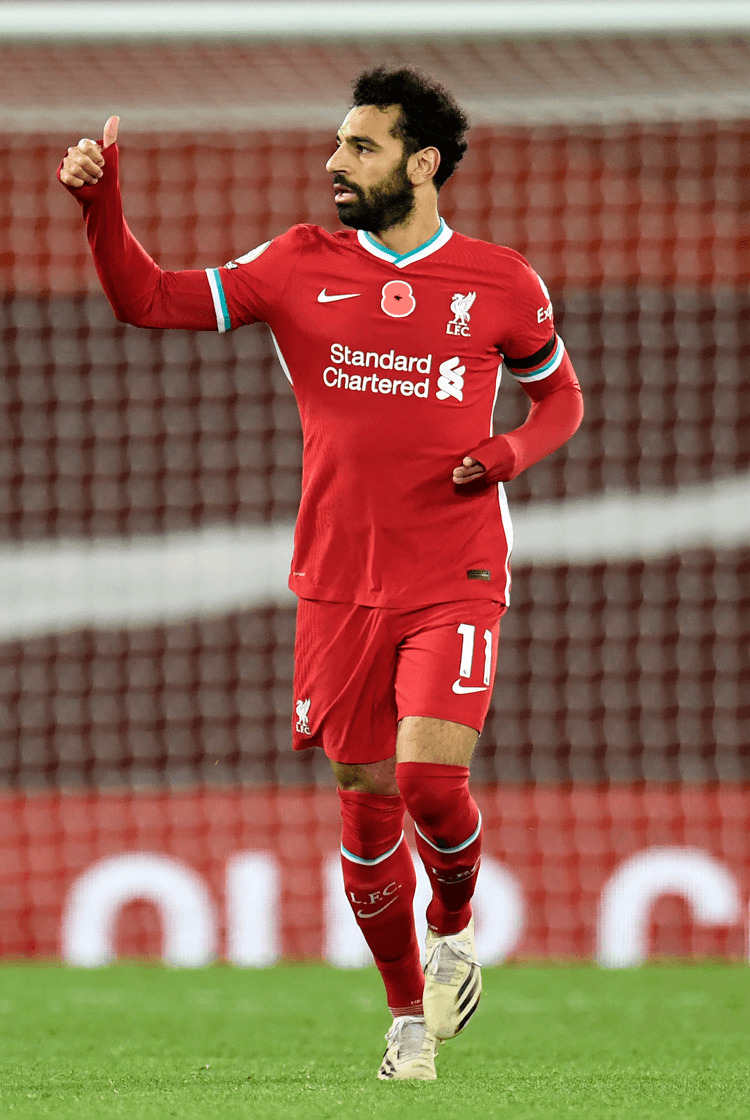 Profile
Following a failed stint at Chelsea earlier in his career, Liverpool’s decision to sign Mo Salah was questioned as something of a risk. However, they and manager Jürgen Klopp have been proved categorically correct to sign a player then firmly on an upward trajectory. Having become a key player in Liverpool’s Champions League and Premier League successes, Salah has established himself as one of the world’s truly elite forwards, scoring goals at an astonishing rate.

“Where else can you find a striker with those sort of numbers?” asked Klopp. “His work rate is exceptional, he’s a super professional. He works his socks off in games, but I see him in between games as well, how dedicated he is and how hard he works at improving.”

Tactical analysis
Salah has evolved from a wide attacker who scored less than a goal every other game at Roma and Fiorentina into one of the most fearsome forwards in football. He still appears on teamsheets as a wide forward, but he takes up narrow positions and if he ever moves wide, he then attacks directly towards goal to get into a position to shoot.

He is incredibly effective at forging shooting opportunities with a drop of the shoulder or a feint before shifting the ball away from his body. He takes both the majority of his shots and scores the majority of his goals with his left foot, so defenders will do their best to show him outside and so on to his weaker foot. It is remarkable, then, how often he manages to work himself a chance to shoot on his stronger side.

Doing so is down to his ability to shift the ball quickly to one side and shoot both with accuracy and power with little time or space. He also has the ability to aim his shots outside of the line of the post, but with enough curl to bend back inside the upright. He can shoot out of the reach of the foot of a defender who has closed him down and believes they have blocked his path to goal, and also out of the reach of a goalkeeper’s dive, through his shot bending back towards goal. Much like Arjen Robben, another left-footed winger who excelled at cutting in from the right, defenders know exactly what Salah wants to do, but are often powerless to stop it.

He is a powerful runner, who uses his frightening pace and acceleration in a number of ways. He constantly looks for balls in behind if an opposition’s defence ever pushes up high enough to leave him space to run into. Salah also, however, uses the threat of his pace to pin opponents back, because defenders are afraid of leaving space behind them for him to exploit. He then drops back into the space he has created for himself in an inside-right position and moves with the ball towards goal, looking to combine with central players to work an opportunity to shoot.

He is comfortable working in tight spaces and his exceptional dribbling ability means he is extremely useful against deep-set defences. He will often pull out wide to receive a pass in space before bearing down on the opposing left-back, who will want to show Salah outside, and defenders will often double up to block Salah’s route on to his left foot. He then usually plays a pass inside before darting beyond the defence for a return pass, but has also shown on numerous occasions how dangerous he can be when shown on the outside, able to dribble his way through the smallest of spaces and still find a route to goal.

Role for Liverpool
First and foremost, Salah is Liverpool’s main goalscorer. He was their leading scorer in all competitions in each of his first three seasons at Anfield and, despite playing nominally on the right wing, he is a forward and provides a consistent threat on goal. He plays a key role in one of the most dangerous forward lines in the world, and has built a lethal understanding with Roberto Firmino and Sadio Mané.

When he first joined Liverpool he had more responsibility in wider positions than he does in the role he later developed. Full-backs Trent Alexander-Arnold and Andy Robertson have since provided their width and Salah therefore spends most of his time in the central lanes of the pitch (above). Their front three tend to stay narrow and look to combine with quick, intricate passing moves close to goal rather than move to the wing. They have played together consistently for so long that they know what to expect from one another and can pass their way through deep blocks.

While Firmino makes most of his runs from a high position back towards play, Salah and Mané will look to push their opponents back. Salah spends long periods on the last line of defence and looks to get in behind, and Firmino plays a crucial supporting role in helping to get Salah into goalscoring positions. Early on in Diogo Jota’s Liverpool career, it appears as though Salah links well with him, too.

Salah has also built a very strong understanding with Alexander-Arnold. By adopting positions between the opposing left-back and left centre-back, Salah encourages that defence to stay narrow, thereby creating space out wide for Alexander-Arnold to deliver into the area. When Alexander-Arnold is on the ball in a deeper position out wide, Salah will look to make a run on the blindside of the full-back for his teammate to bend a direct ball in behind the opposing defence (above). Those balls will sometimes directly lead to chances, but if not they at least help Liverpool move forwards quickly and effectively.

When crosses come into the area, Salah is rarely the one to attack them – of his first 80 Premier League goals for Liverpool, only four were headed. However, he has developed an opportunistic knack in the penalty area, moving away from the first ball and into a position on the right side of the area to shoot from any failed clearances. Early in 2020/21 that tactic led to goals for Salah against Leeds (below) and Everton.

Some of Salah’s most important contributions to Liverpool’s style of play come without the ball, and in particular in his ability to implement the intense counter-pressing that Klopp requires. He, Firmino and Mané know exactly what Klopp wants from his front three, and they are extremely effective at winning the ball back quickly after losing possession high up the pitch before springing into action with direct sprints forward at the point of an attacking transition – a tactic with which Klopp’s teams have become synonymous.

Salah also does key work when their opponents have comfortable possession – Liverpool’s forwards vary their press depending on the team they are facing. Usually, Salah will be needed to press the outside shoulder of the left centre-back to try and force play into a crowded midfield area, but he is equally adept at setting pressing traps out wide after closing down the full-back’s space and trapping them on the touchline.

He came to the Premier League as an improving player but has taken his game to the next level at Liverpool, his position secure as a world-class forward. After playing a crucial role as they won their first league title in 30 years, it is clear that any further success Klopp enjoys at Anfield will have Salah at its heart.