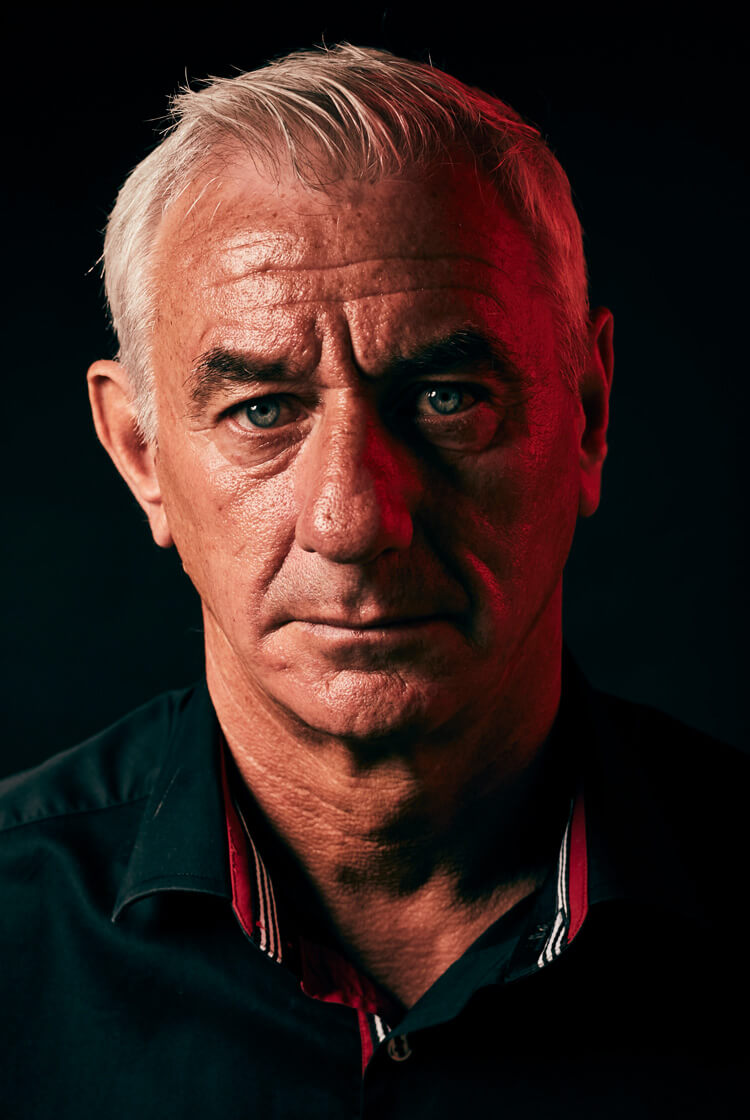 People say I was born with a knack for scoring goals, but the truth is there’s a secret to it: never be scared to miss.

There’s so much pressure on kids these days that, if they miss one chance, you see them get scared to have another go.

When I’m coaching, I talk to them about the time I spent working with the likes of Michael Owen at Liverpool.

If Michael had 10 chances, I ask them, how many goals do you think he’d score?

That’s completely wrong. He’d be lucky to score five out of 10 – and that’s a top international striker.

I’ll always tell them that missing one chance means they’ve already done something well, because they’re in the right position.

Not being scared to miss becomes a mental strength. Without it, you’re not going to survive.

It’s funny that I’m the one teaching kids all these things now, because I used to hate coaches, really.

I knew what I could do. Why did I need someone else to tell me?

But, looking back, I can see that the coaches and managers I played for did have an impact on me – starting with Cliff Sear, who was my coach at Chester.

I was so shy as a kid, but he gave me the confidence I needed.

I remember him sending me off to train with the first team when I was 15. I stood on the pitch surrounded by full-grown men thinking: what am I doing here?

"There’s no doubt that going abroad was good for me. To tell you the truth, it made me a better player"

Three years later, I was sitting in a meeting with the Chester manager Alan Oakes, my dad and Bob Paisley, who was manager of Liverpool.

They agreed a fee of £300,000 for me to move to Liverpool. It was a record for a teenager at the time, but I don’t remember feeling the pressure of that. Bob just told me to concentrate on my football and leave everything else to the coaching team.

He was a very humble man. Whether you were the tea lady, the cleaner, Kenny Dalglish or the new lad, Bob treated you all exactly the same.

I quickly learned that the Boot Room was the most important thing about Liverpool. Bob Paisley was the manager, but apart from match days you didn’t see him all that much.

Ronnie Moran (below, far left) was the mouthpiece – he never stopped talking. There was Joe Fagan (third left), who hardly said anything – but when he did, everyone listened. And you had Roy Evans (second left), whose job was to help all the younger ones progress into the first team.

They all had different jobs, but shared the same aim.

When one Liverpool manager left, the club would always appoint from within. So when Bob retired, Joe Fagan took over.

Joe most probably didn’t even want the job, to tell you the truth. He was a simple man – he mostly just wanted to get on with his life.

He knew so much about football, though.

People called him “the psychologist”. I remember opposition managers going into the Boot Room for a drink with him after a game. They might have lost 3-0 and Joe would say to them: “I can’t believe we beat you 3-0, there. You’ve got a great team.”

He built them up so much, they’d leave with their chest all puffed out and feeling great.

Then, if we got beat, he’d be in there telling the opposition manager how lucky they were: “We had an off day,” and all that.

It was all mind games, really.

He led us to the treble in his first season, but after the disaster in Heysel the following year he retired. Maybe it was all a bit too much.

The Juventus way of playing wasn’t what I was used to at Liverpool, and I wasn’t enjoying it. I didn’t feel I could produce my best football playing that way. In the end, I had it out with the manager, Rino Marchesi, telling him what my strengths were on the pitch and the way I needed to play.

“It’s easier for one person to adapt rather than 10.”

I still scored 14 goals the season I was there, but I wasn’t happy with the way that we played. And if you’re not happy off the pitch, you won’t produce your best on it.

A lot of coaching is about individuals – knowing how to treat every player. The players are there because they’re good, so it’s about getting the best out of them.

Outside of football, things weren’t much easier. I remember going to try and open a bank account one day after training. I didn’t speak great Italian and they didn’t speak English. These days, players have help to do all that stuff, but at Juventus I had to do everything myself.

There’s no doubt that going abroad was good for me, though. To tell you the truth, it made me a better player.

I went to Juventus as a boy and came back a man.

But nothing could have prepared me for what happened at Hillsborough the year after I went back to Liverpool. We could see what was happening that day. It’s something none of us will ever forget.

We all love the game, but football becomes second to anything then, you know?

What I came to realise, though, was that the game could still be a way for us to help the supporters. People say that scoring in front of the Kop is an unbelievable experience, and that’s true. But after Hillsborough it was really something else to see their faces – the smiles – when you scored a goal.

To see them happy and feel like you’ve given them something back… that’s what helped me to carry on.

I love football – it’s my life – so when I got to the point where my legs were telling me I couldn’t play any more, I knew I had to find a way to stay involved.

I was playing for Wrexham and not really enjoying it when the reserve team manager there, Joey Jones, took me along to a training session.

I’m standing there, telling players: “Do this, do that.”

Joe says: “Slow down. These people can’t do that. You have to teach them how to do it.”

I’d always done those things automatically. I thought everyone could.

People seemed surprised to see me go into coaching. I remember being on my first course in Aberystwyth. We were staying in student digs and, when I walked in, the other coaches looked at me and asked: “What are you doing here?”

You realise that you’re starting all over again – that you’ve got to go all the way down before you can come all the way back up. And it’s only as you’re coming back up that you get more confident in what you’re doing.

I did all that as a player. I needed to do the same as a coach.

People start at different places. It’s about getting your foot on the ladder and experiencing it so that you know if it’s really for you. Or not.

I was coaching at Liverpool and managing Wales’ Under-17s when I got offered my first managerial role in professional football at Chester City, where I’d started as a player.

They were bottom of League Two at the time, so when I went in it was my job to keep them in the league.

I’d watched them play a few times before, so I knew that they tried to play good football. But they had to learn how to defend.

After losing my first game, we went on a two-month unbeaten run. The next thing I know, the chairman comes in and says: “We want to make the playoffs.”

The club had just sold my two best players, and now he wanted us in the playoffs?

After eight months there, I left the club. The final straw came when the chairman sacked my assistant. It was a case of: if he goes, I go.

"You never saw Bob Paisley jumping up and down on the sidelines, because he’d already done his job"

It was an experience that taught me how important it is as a manager to have a good relationship with your chairman.

The whole experience put me off. I was offered other jobs after that, but I felt I wanted to go down a different road.

When you’re a manager, it’s 24/7 – no matter where you’re working. You might get paid more for managing Liverpool than you would Chester City, but otherwise it’s the same. You’ve still got 24 hours a day when someone can be ringing you.

So I knew that management wasn’t for me, but I still wanted to give something back to football. And I knew what I was good at: working with a group of strikers, where I can pass on my knowledge and get the best out of them.

In my role at the FAW Trust I can use my experiences to help kids learn and build confidence, so that they’re always willing to try things and aren’t afraid to think for themselves.

When Liverpool were playing, you never saw Bob Paisley jumping up and down on the sidelines, because he’d done his job. During a game it was up to us, the players, to do it ourselves.

If things weren’t working after 20 minutes or so, then Kenny Dalglish would change it, or Graeme Souness would change it. If you wait until half-time to change things, it can be too late.

When I coach finishing, it’s about giving them options. Do you go with the side foot? Can you go around me? Do you chip the keeper?

It’s up to them to choose the right option at the right time. And not be scared to miss.