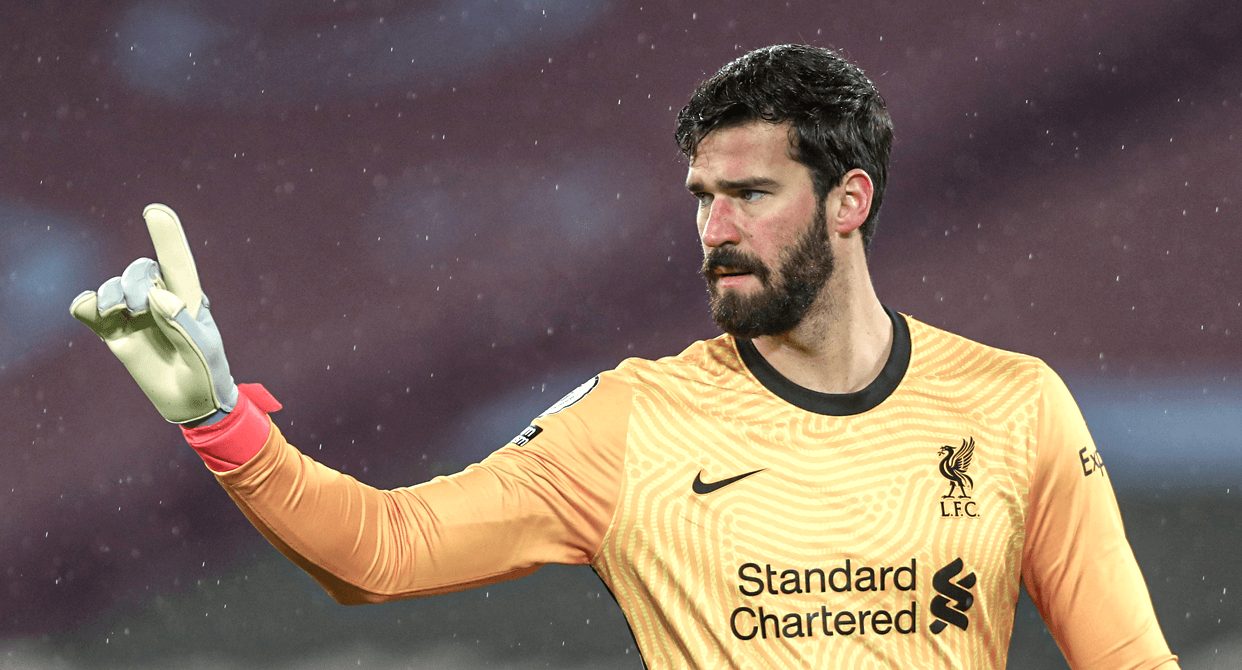 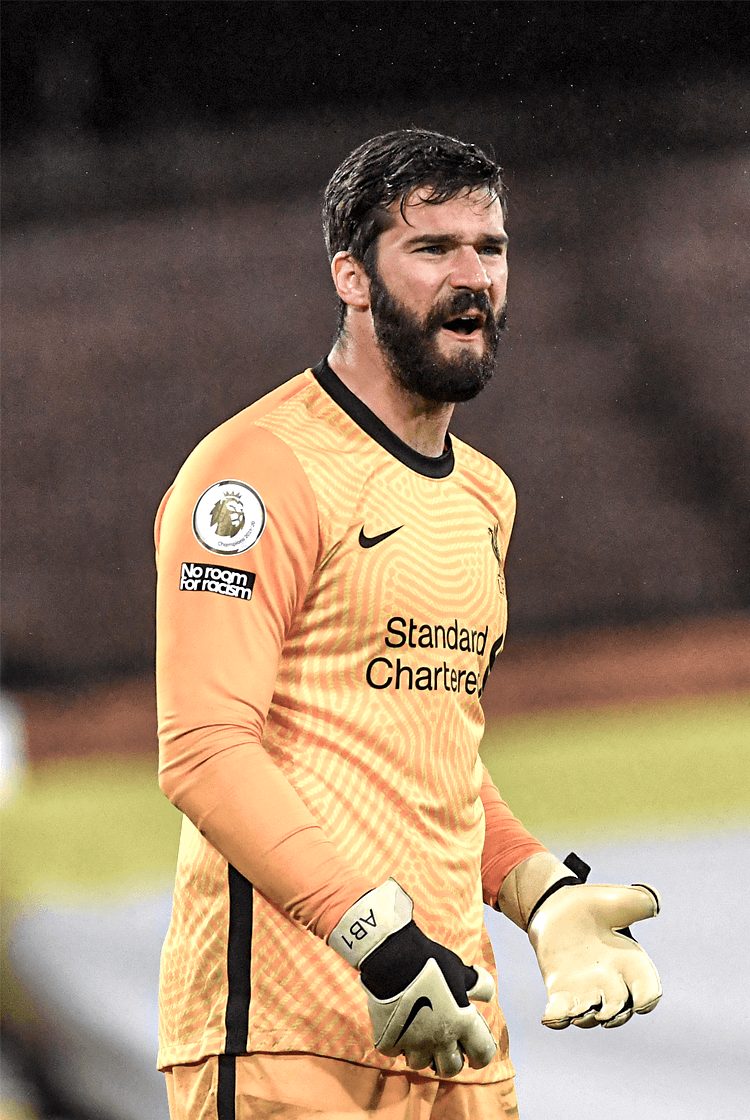 Profile
Signed from Roma in the summer of 2018 for a then-world-record fee for a goalkeeper of £66.8m, Alisson has proved a revelation at Liverpool. The contrasting career in England of Kepa Arrizabalaga, for whom Chelsea broke that transfer record just a few weeks later and who has struggled terribly since his move, highlights just how much of a success Alisson has been. In his first two seasons at Anfield, Alisson won the Champions League, the Premier League, the European Super Cup and the Club World Cup as Jürgen Klopp’s Liverpool developed into one of the greatest teams of modern times.

“As a goalkeeper we knew what we would get,” said Klopp of an individual who, aged 25 when he arrived at Anfield, is perhaps yet to reach his prime. “As a person he has exceeded the expectation, he is an outstanding guy. His character, how calm he is, helps us a lot. His goalkeeping technique improves and improves. He makes difficult things look easy.”

Tactical analysis
Alisson has a great deal of ability with his feet, but is first and foremost a brilliant shot-stopper. He has exceptional reactions and goalkeeping technique, and consistently provides crucial contributions in goal.

He uses his sizeable frame to make the area through which an opponent can beat him as small as possible, but tends to use his hands to get down and make saves rather than his feet, like David de Gea. He stands tall for as long as possible, and then reacts quickly to athletically dive either way and get down to push the ball away. He stays on his toes as an opponent approaches, keeping his weight perfectly balanced so he can throw himself in either direction.

He is extremely effective in one-on-one situations, when he makes himself as big as possible as a forward closes in on his goal, and also ensures there isn't a gap between his legs where he could be beaten. He has most success in those positions when he stays on his feet right up to the moment his opponent shoots (below), rather than committing to a dive towards the ball which would leave him susceptible to a dink over him. Doing so also reduces the chances of an attacker dribbling around him, because he can use his feet to tackle that opponent.

He similarly deals well with long shots, and is very rarely beaten from distance. When he is beaten from outside of the area it tends to be with high shots, as his quick reactions and long arms mean he can get across to turn low finishes around the post. He is also exceptionally gifted with his feet, and his calmness on the ball allows teammates to use him in the first line of their team’s build-up play to create overloads in deep positions.

If Alisson has one weakness, it is his command of his area. For someone so big, he is a little vulnerable at crosses and generally chooses to avoid situations where he tries to claim a ball into the area – a particular issue at set-pieces, when he can be reluctant to come for crosses, even when they are in the six-yard box, and instead chooses to stay on his line and leave his defence to defend (below).

That has not yet proved a huge issue but in the absence of central defensive powerhouse Virgil van Dijk, Liverpool's defenders might be keen for their goalkeeper to come and clear the ball. Alisson very, very rarely chooses to come and punch a cross clear, which has led to some opponents setting up with a few players crowding the goalkeeper to further discourage him from attempting to leave his line, and to prey on his weakness.

Role at Liverpool
Number one at Liverpool, the extent of Alisson’s ability is felt particularly strongly in light of the failures of recent goalkeepers at Anfield in Lorius Karius and Simon Mignolet, as well as during his absence due to injury, when Adrián deputises. After a period in Liverpool’s history when goalkeepers made far too many mistakes, Alisson is a hugely reliable first-choice, and refreshing for fans who had grown used to having little confidence in his predecessors.

He is composed on the ball and is competent playing passes with either foot. He can play short passes when under pressure to help his team pass out of trouble, and is also able to clip longer balls out to their full-backs or to pick out midfielders further forwards, much like his compatriot Ederson at Manchester City.

Alisson also effectively sweeps up behind the high line Jürgen Klopp’s favours. He takes good, decisive actions when balls are played over the top of his defence and is very fast off his line, so he is rarely beaten to a through ball by an opponent. When he gets to the ball, he has the ability, composure and vision to find a teammate rather than simply clearing the ball (above). Doing so means Liverpool can launch an attack of their own at the point of that transition, when the opposition’s attacking players are well out of position.

One challenge that comes with being the goalkeeper for as dominant a team as Liverpool is that Alisson has to spend long periods without doing very much at all, and one of his greatest strengths is his concentration. He is consistent, reliable, and rarely makes a mistake. Alisson has proved a brilliant signing for Liverpool, and is the perfect foundation for Klopp’s sensational side.