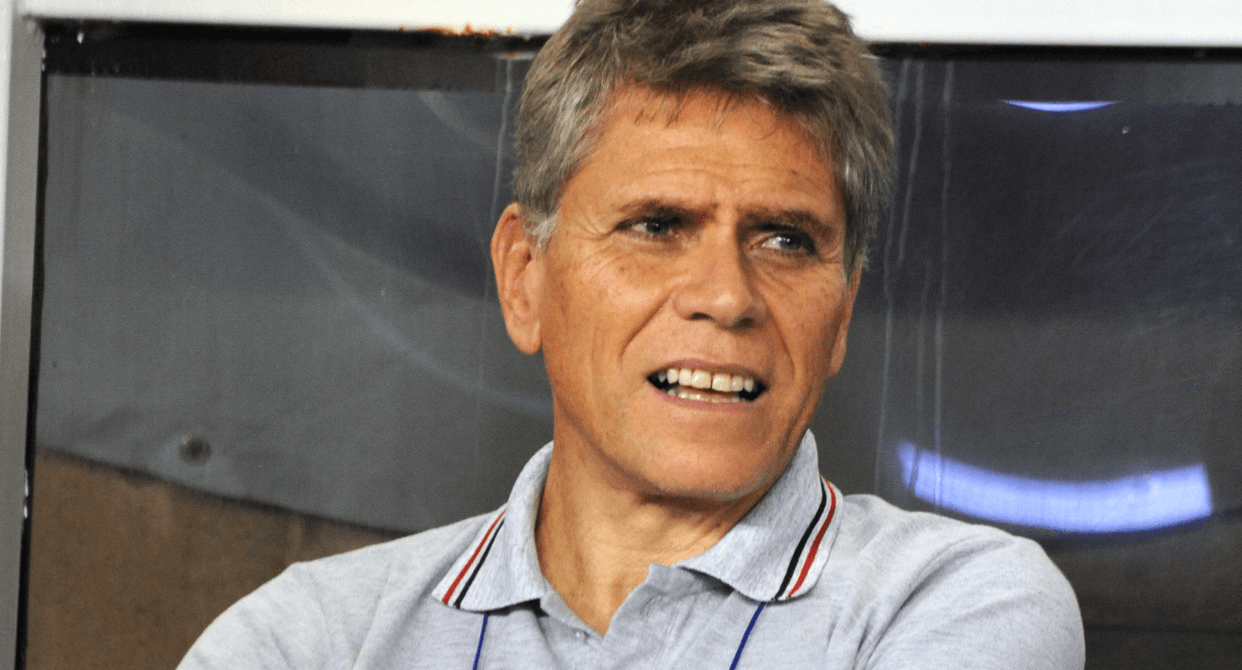 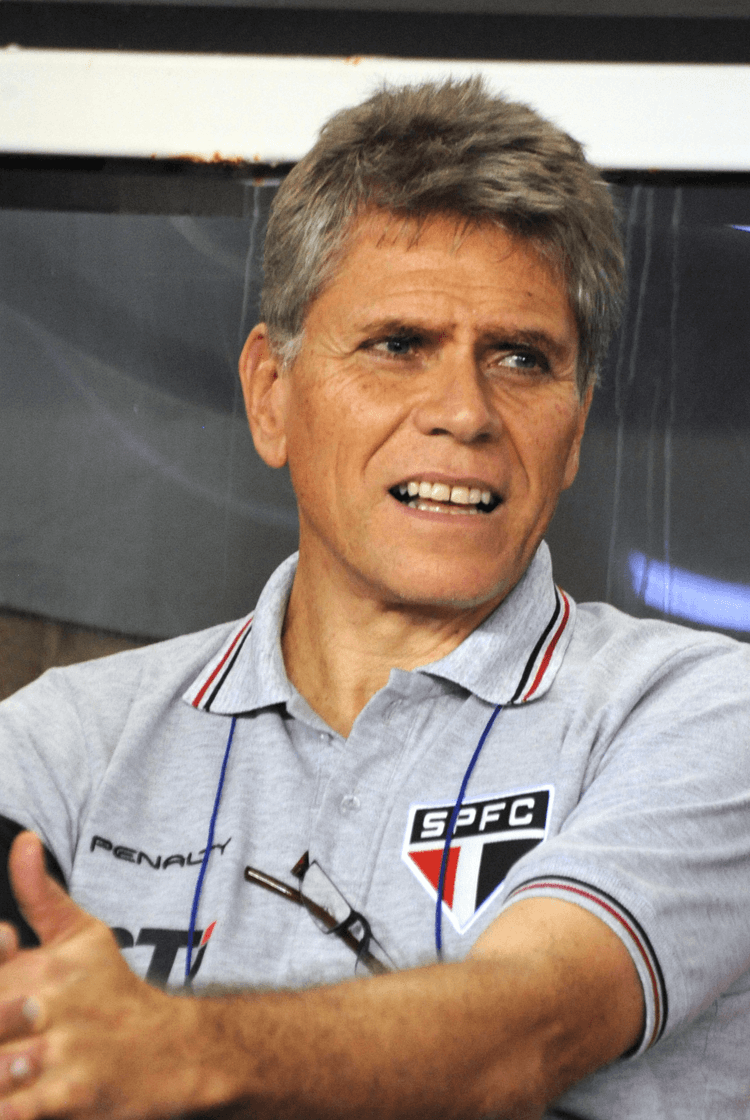 The victory before the victory

I was not yet 30 when I decided to leave my country.

Marinho Peres had captained Brazil at the 1974 World Cup. By 1986, he was manager at Vitória de Guimaraes in Portugal, and he offered me the post as his assistant. I will always be grateful to him for that.

I was aiming for two things when I took that decision to leave Brazil. First, I wanted to evolve as a human being, and deepen my knowledge of different cultures.

My second motivation was professional, however. I wanted to challenge myself to get results abroad.

I was able to go through something fundamental to any person, but vital for a football coach – the ability to adapt.

Being able to adapt to different situations is crucial. But, of course, without sacrificing your nature or your professional ideas.

I look back and realise what an enriching experience it was to get to know different places. I worked in seven countries spread over three continents.

In all of those experiences, I got positive results. I got to know and adapt to the customs and idiosyncrasies of each one of those places. It was worth it.

A football coach is also a people manager. The job is not only tactics and technique. You have to lead a group – make them believe in your methods.

When you are coaching people from different cultural backgrounds, you learn how to 'sway your hips'. You learn to be flexible.

"In the modern world there is an obsession with victory. It is necessary to win whatever – that is a dangerous mentality"

While I was at Benfica I experienced the first year of the Bosman ruling – the 1996/97 season. I had to work with players from 13 different countries. Nowadays that is absolutely the norm, but in those days both the fans and the press were resistant to such change.

They could not understand what it would take to manage such a diverse group. It was extremely valuable to me to have the opportunity to coach people with different customs and cultural backgrounds. I would have loved to have been one of those players.

Polio had put an end to any chance of me becoming a player myself. This is widely known, but I don’t like to talk too much about it. Even though I never became a player, my life was always linked to football.

I played futsal until I was 16. It is a very competitive sport in Brazil. In my opinion, futsal should have a role in all of the development categories of 11-a-side players.

But life took me on another path. Although I didn’t have the valuable experience of playing professionally, I searched for other ways to acquire that knowledge. I ended up taking the academic route of sports education.

I have always been passionate about this game. I appreciate both its strategy and its beauty.

There is a video on the internet from when I used to coach Marítimo, in the early 1990s. It was the first time that this club from the island of Madeira had qualified to play in a European tournament.

In the video, the journalist calls me “a philosopher”, says I am “lyrical” and even “a romantic”. He saw me as someone concerned about playing attractive football as a means to get results.

"We had a fight on the team bus, in front of all of the players"

I've never viewed and analysed football without including its anthropological, social and philosophical side. Football is pure anthropology. People and context.

There is one thing I cannot bear, though. “I was born to win.” Nobody is born to lose.

Winning is a consequence of certain factors. It seems to me that in the modern world there is an obsession with victory. It is necessary to win whatever it takes – that is a dangerous mentality.

My personal motto was always to outdo myself. To evolve. To grow. I want to be better than I was. What I am as a person, I want to be as a professional.

Throughout my career I had the opportunity to work with winning groups. It is no good thinking a coach can work things out on his own. He cannot. The team needs to be familiar with victory.

The 2005 São Paulo team, for example. That group had been Brazilian champions under Emerson Leão. I coached them to win the Copa Libertadores and the Club World Cup.

Many of those players stayed to win three back-to-back Brazilian championships under Muricy Ramalho. That’s three coaches with different approaches – but the group remained victorious.

I also found a winning group with Cruzeiro in the Copa Libertadores in 1997. We didn’t get any points for the first three matches of the group stage – we were virtually out.

The following match was against a very strong Grêmio at Porto Alegre, their home. We beat them.

From then on, it was an unstoppable run to qualifying – it was so improbable, mathematically – and to the championship. The way the team reacted left a deep impression on me. It was a victory based on resilience.

Unfortunately, I was having problems with one of the club’s directors. We were not talking to each other.

Once, during the Copa Libertadores, we had a fight on the bus, in front of the players. It was embarrassing. That day I let the president know that I would not continue to be in charge of the team, no matter what the outcome was.

That is what happened. We won the tournament, and I quit Cruzeiro the following day.

I couldn’t go to the Club World Cup with Cruzeiro, but I finally had my chance some years later with São Paulo. I took charge of that team in the middle of the Copa Libertadores.

We were playing our last group stage match against The Strongest, of Bolivia. I remember we needed to win the match with a four-goal advantage so we wouldn’t have to play Palmeiras in the knockout stages. We were really close, but 3-0 was just not enough to avoid them.

The early knockout match against one of our traditional opponents created a lot of noise. I talked to the players and asked them only to be concerned with our performance. To keep focused on playing our best football. That would be enough.

"I never liked to play with a defensive pivot in midfield"

Coaches need to keep a balance between needs and personal choices. Necessities are obviously at the top of the list.

When I started at São Paulo, they were playing with three defenders. I don’t like that system, but we had no time to set up a different one so I had to keep using that one out of necessity.

But I did implement a tactical adjustment that few talked about. In Brazil, when you play with three defenders, one of the wing-backs plays as a midfielder when the ball is on the opposite side of the pitch.

I did quite the opposite. I always like to defend with a four-man line. When the ball was on the left, for example, my left wing-back Júnior would spin on the wing; one of the central defenders would cover him as left-back, and on the other side Cicinho (above) would return to his position as a right-sided full-back.

The players understood that tactical change easily. There was also a great dynamic in midfield. I never liked to play with a single defensive pivot – Mineiro and Josué would alternate in these positions. They would come out to play.

We also still had Danilo, a player with a tactical understanding of the game beyond the average player. They were a winning, talented and intelligent group. Their success was well deserved.

Having qualified for the Club World Cup, in Japan, I made a controversial decision. I would even call it bold.

The directors didn’t agree with me, but they accepted my position. I decided to rest many players during the final stages of the Brazilian championship.

"You need to understand the mentality of your rival coach"

We didn’t have any chance of winning the domestic title, but nor were we at risk of relegation. We also didn’t decide randomly.

We evaluated which players were more physically tired. Rogério Ceni (above), Fabão, Diego Lugano, Júnior, Danilo, Mineiro, Josué – those guys had played the most matches over the course of the season. Necessity dictated that we give them some rest. Not only physical rest, but mental rest too.

The preparations for the Club World Cup happened in different phases. We invited the members of the sleep laboratory of the São Paulo University to talk to the players.

Our trip to Japan had a layover in Frankfurt, Germany, and they advised us against sleeping during that first leg of the trip. They also told us to wear sunglasses all day and in the plane. The idea was to get our bodies prepared for the light changes.

When we made it to Japan, despite being exhausted, we didn’t allow the players to go directly to bed. We left the hotel and went for a stroll through the city.

That way we could wait for the right time to go to bed. These might seem like small details, but they are strategies that help build the desired result.

The final against Liverpool was an enormous challenge for us. We were playing against a giant of world football. A team used to winning, that was on a great run – 11 matches without conceding a single goal.

It was a team that was very well managed by Rafa Benítez (above). You need to understand the mentality of your rival coach and if his team understands his philosophy. This was the case with Liverpool.

"We were already victorious, no matter what would happen"

They played with two lines of four and were extremely well co-ordinated. We knew that our full-backs, Júnior and Cicinho, would be essential to breaking down their midfield and, with that, to destabilise their defence.

The big name at Liverpool was Steven Gerrard (below, with Xabi Alonso). A player with rare qualities. He was very skilful with the ball at his feet, and was tactically intelligent.

But there were other dangerous players. Xabi Alonso was another one we didn’t want to let play.

And we had prepared to deal with Peter Crouch. We practised a lot of set-pieces that might be looking for Crouch, but he didn’t start. In any case, our central defenders Diego Lugano, Fabao and Edcarlos were faultless throughout.

Right before we left for Japan, I read an article by Carlos Drummond de Andrade at the Folha de São Paulo newspaper. It said that it wasn’t necessary to be a champion, 24/7.

After I read it, I decided to keep it. I knew there would be an ideal moment to talk about it with my players.

A few hours before the final against Liverpool, I used that thought. I reminded them how hard we had worked – all of us giving the best we could – and that we were already victorious, no matter what would happen on the pitch.

I told them we didn’t need any extra pressure on our shoulders. They were already winners.

A few hours later, they were victorious again. And, this time, they were world champions.