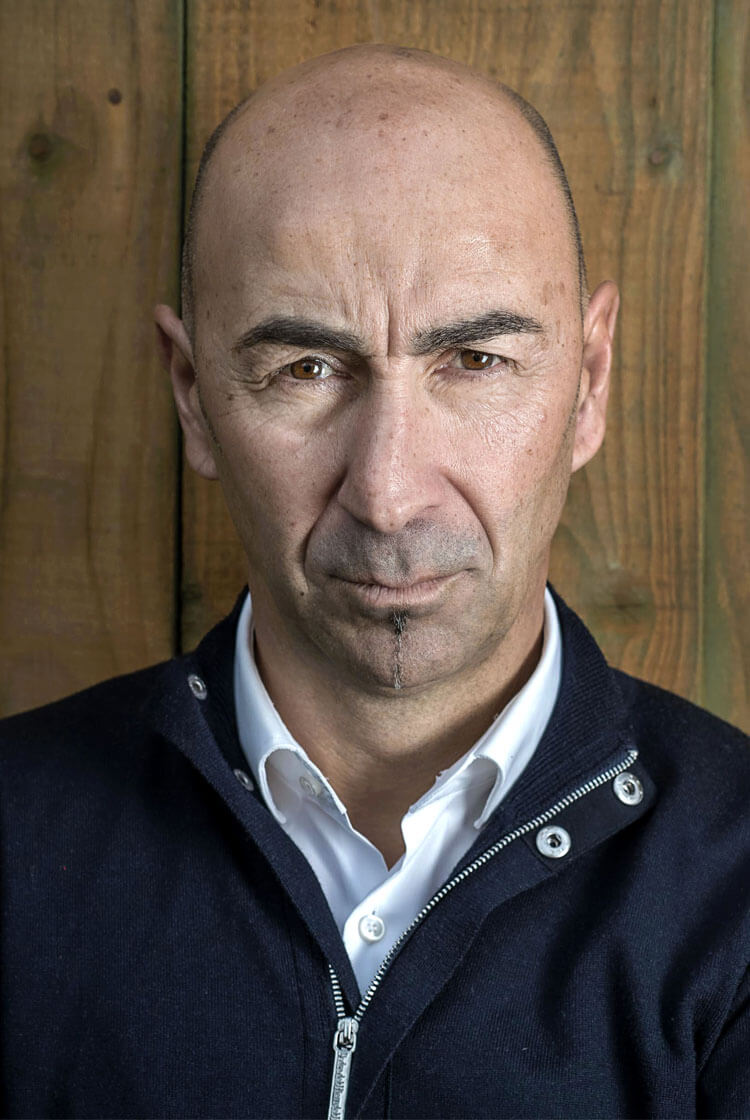 There was magic in that game at Anfield.

At half-time we were 1-0 down to Olympiakos. That meant we needed to score three goals to go through to the knockout stages of the Champions League.

At that moment, we saw the opportunity running away from us.

But in the second half, everything changed. We equalised early. Then, with 10 minutes to go, we scored again. After that? Well, you probably remember that in the last minute – the very last minute - Stevie Gerrard smashed the ball in from 30 yards.

I think that magic came with us all the way from Anfield to Istanbul. To the final.

Rafa Benitez and I had only been in Liverpool for six months at the time of that Olympiakos game, but we already knew that this was a special club. We realised that straight away.

It’s true that, in general, the English teams have more tradition. More deep-rooted culture. But Liverpool had something else, too. Since the first day I walked into Melwood, I felt there was a sense of family there.

Since minute one, they made you feel part of something. That’s something that doesn’t happen so much in Spain. There was also the sense that we were creating something, together with the people that were already there.

Arriving in the Premier League was something I had dreamed about since I was 12 years old. Since the day in 1975 when my mum took me to see my team, Real Sociedad, play Liverpool in Atotxa – the club’s old stadium. We were beaten 3-1 by a great Liverpool team.

I remember they played with Ray Clemence, Phil Thompson, Steve Heighway, Kevin Keegan and John Toshack. In the second leg of that European tie, we were smashed 6-0 at Anfield. From that moment, I fell in love with Liverpool. And with English football.

It was a little more than 20 years later that I first met Rafa.

I had heard about him. I knew, for example, that he had been coaching Castilla – the second team of Real Madrid. But I didn’t know much about him as a person.

"Once you know your family is well, there cannot be anything that can take any minute of your life over football"

We were introduced by Javier Zubillaga – a former football player from Real Sociedad who signed for Osasuna as their sporting director at the same time that they appointed Rafa as manager.

Javier knew me from the coaching course where he came to study for his badges, and I was a teacher. He thought that I could be a good partner for Rafa.

He was right. From minute one of meeting, we realised that we shared a football philosophy. We shared values. Straight away, there was a connection.

But every start is difficult, you know? There aren’t many coaches that have had an easy path. At Osasuna we were working really well, but the results didn’t come. After nine games, Rafa was sacked.

I stayed on, and ended up working with four different coaches that season. It was some experience for my first year in professional football.

At the end of it, Rafa told me he was going to sign for a team that had just been relegated from the first division: Extremadura.

I didn’t think twice. I knew that we could form a good partnership.

We were both believers in the method. In the way of doing things. Our first priority at any new club was to convince the players of the importance of being professional full-time. On and off the pitch, during training sessions, before, after and during competition.

We wanted to make them realise that yes, for all of us the most important part of our life is our family. But once you know that your family is well, there cannot be anything – anything - that can take any minute of your life over football. Always, the priority has to be football. This was what we tried to make the players feel.

Rafa’s methodical approach was deep-rooted in me, also. It was normal. I wouldn’t understand training in any other way. I think the analysis is one of the most important parts of the training because, whatever you do, it has an effect – positive or negative, better or worse.

You have to analyse what happened, why it happened, and try to find the solutions if the result is not the one you are looking for.

In our first year with Extremadura, we got promoted to La Liga. But it lasted for just one season. After that, we decided to leave. We had another year on the contract, but we wanted to be in the first division.

"Carragher and Gerrard were curious. They always wanted to know why. They wouldn't accept what you told them just because you were in charge"

It was then that we first came to England to visit Manchester United for a week, to watch them train. I remember talking with Rafa then, asking him about the possibility of going to see Liverpool train as well. Because that was my dream, you know?

It had to wait. After a season out of work we signed for Tenerife, in the second division. Again, we got promoted into La Liga. This time we left to go straight into another club: Valencia.

The three years we spent there was a massive experience for both of us. We won La Liga twice and the UEFA Cup as well.

But when the call came from Liverpool? Well, it was exciting. It was the Premier League and, especially, it was Liverpool.

In England, I think you become more a manager than only a coach, because you have to manage so many people.

Rafa used to delegate, of course, but he was never very long away from the pitch because he loves coaching. In Spain, we have not had this management culture for long – we are mainly coaches. So Rafa could not totally delegate the coaching part to the staff.

Coaching is in his soul, you know?

When we started at Liverpool, there were many things we changed. First, the style of the game changed from the Gérard Houllier era to Rafa's. Secondly, the way we approached the training. Everything was more methodical, more based in science and in the analysis of data.

Every day, in every relationship, you have possibilities to learn.

Two players who were crucial to helping us deliver our message on the pitch were Stevie Gerrard and Jamie Carragher. First of all, because they had Liverpool culture really deep inside themselves.

Secondly, because they were willing to learn. They wanted to become better players.

They didn’t accept anything without asking: “Why?” They were really curious. They asked the 'why?' of most of the things we wanted to set in to the training or even in the games. They wouldn’t accept what you told them, just because you were in charge.

As a coach, this makes you grow at the same level. Because, with this type of player, you need answers.

"Rafa is quite cold. He tries to analyse what is happening rather than get caught up in emotion"

On May 25 2005, that willingness to learn was more crucial than ever.

What a line-up Milan had. Imagine.

But we went into the Champions League final in Istanbul full of hope and illusion. We knew it was going to be difficult, but we really prepared well.

Then suddenly, in the first minute, Milan scored. That hope and illusion became frustration. Sadness. Some of the players even talk about feeling shame.

When they scored the second and the third, we could see the possibility of winning the Champions League running away. Already, we were thinking about how we were going to lift the soul and the emotion of the players in the second half.

How we were going to find a way to make them believe again.

As we went to the dressing room, we started talking about what was going wrong. Our first aim was to make them realise why these three goals came. What were the mistakes we were making to allow this to happen?

If people know Rafa, they know he is quite cold. Always, he tries to analyse what is happening rather than get caught up in emotion.

We realised that Kaka was the one creating havoc behind our midfield. So we made a change, putting on Didi Hamann alongside Xabi Alonso. Stevie stepped 10 yards to the front.

We tried to convince the players that, if we were able to close down these penetrating passes in the middle and get an early goal, then anything could happen.

As we came out from the dressing room, you could hear the supporters singing You’ll Never Walk Alone. Then it was clear: we had to really give our all. Work our socks off for these people.

In the 54th minute, Stevie’s first goal came. That was the moment when it looked like maybe... maybe, something can happen.

"That game convinced me about something that I have always believed in. That is resilience"

But in extra time we really suffered. They pushed us and in the last minutes we had to defend quite deep.

Those were my words to our goalkeeping coach José Manuel Ochotorena, when I watched Jerzy Dudek’s first save from Andriy Shevchenko (below) go straight back to him.

Still, no one knows how Dudek was able to stop that second ball. At that moment, I turned again to Ochotorena:

“I think we’re going to win this game, you know?”

That final convinced me about something that I have always believed in. That is resilience. Despite the difficulties you have to confront, you always have an opportunity. This is something that, as coaches and managers, we must never forget.

Two years later, my dream was over. I left Liverpool.

Sometimes people ask: would you do the same now? But I cannot answer that now, knowing what I know. You have to take the decision of that time. Under the circumstances you were living at that moment. I think it was the right time to move on.

It was a difficult decision because, as I told you at the beginning, Liverpool was a dream come true for me.

But I left knowing I will always have these memories. And the sense of being part of something special. Of creating something. Of family.

Of the magic that stayed with us all the way from Anfield to Istanbul.