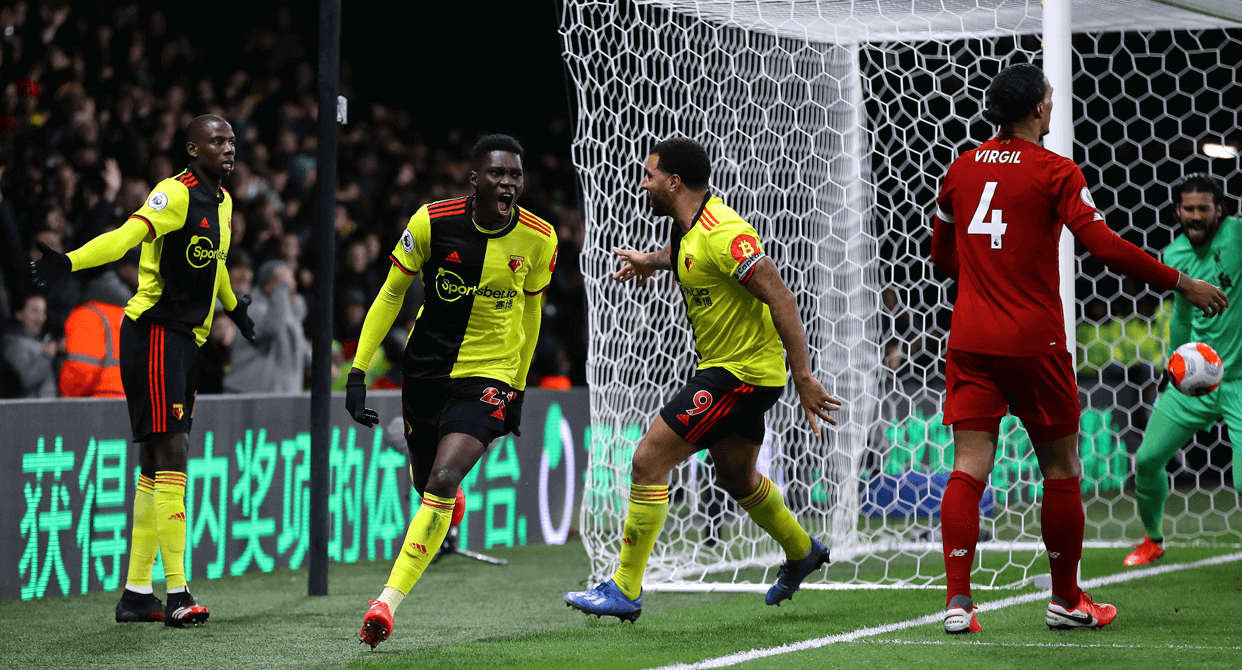 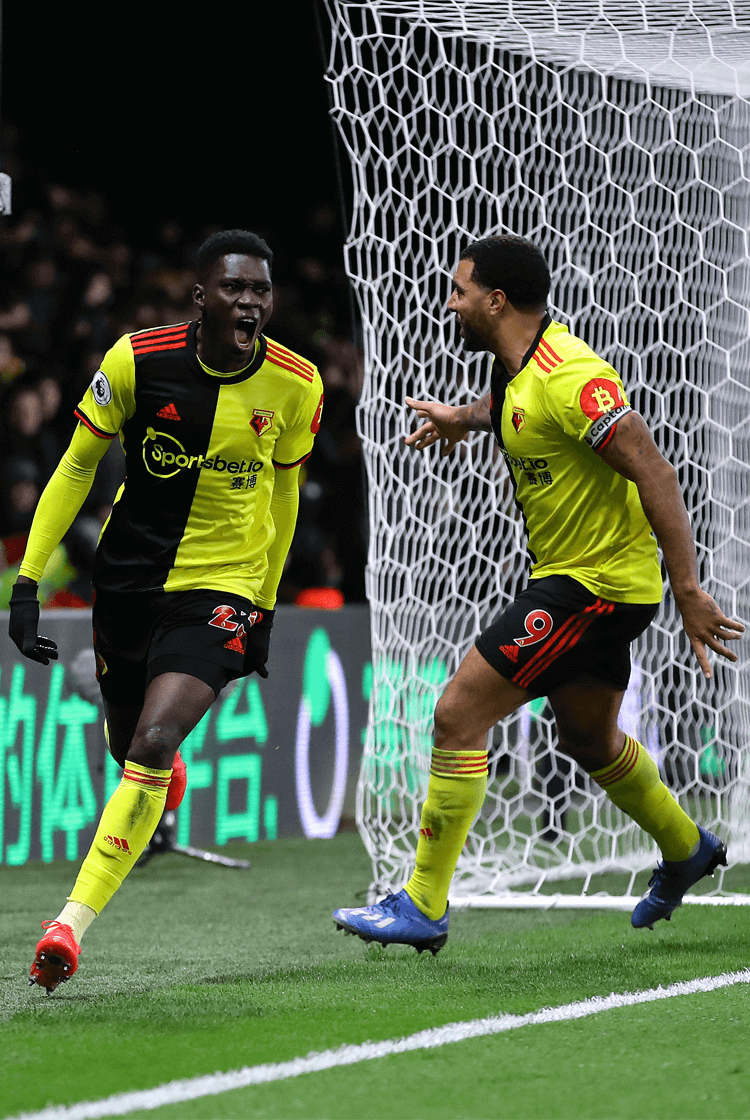 Relegation-threatened Watford stunned the champions-in-waiting when they ended Liverpool's hopes of concluding the Premier League season without defeat. After an unconvincing performance when they overcame West Ham, Jürgen Klopp's team again struggled and were finally punished when Ismaïla Sarr scored twice, and Troy Deeney once, during the second half to end their run of 18 successive league victories before they set a new English record. Liverpool regardless remain 22 points clear of closest challengers Manchester City; Watford's hopes of preserving their Premier League status have again been revived. "They did exactly what they wanted to do, we did not," Klopp said. "You have to accept it, it's not so easy, but it's the proof we were not good enough. It's always very difficult. If you win good, if you lose, try to do it in the right manner." "They are such an outstanding side, we had to get our performance right," said his opposite number, Nigel Pearson. "As close to max as possible, and we thoroughly deserved the win. We threatened with the ball and defended with discipline, energy and commitment. That's been the message from day one. It's in our own hands, and we have to deliver that performance week in, week out." 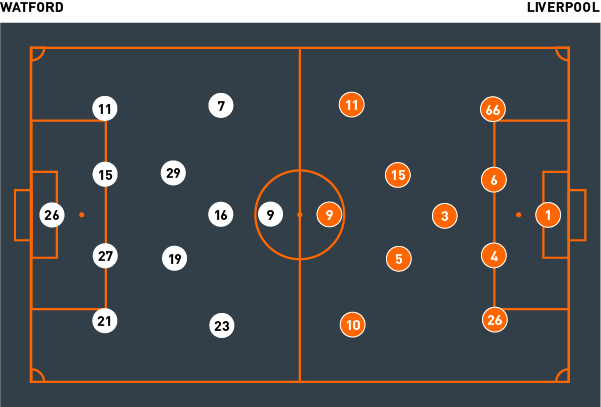 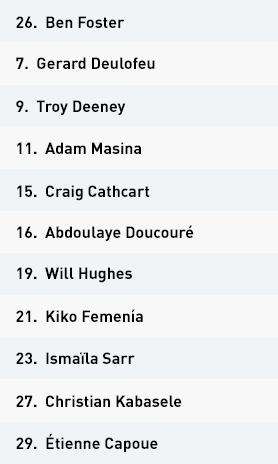 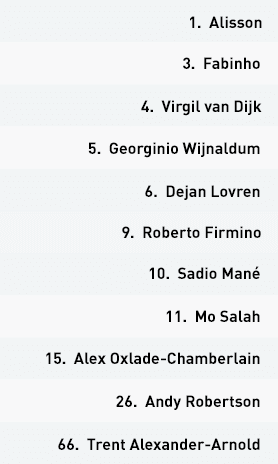 Watford were instructed by their manager Nigel Pearson to attack in a 4-2-3-1 formation, in which Abdoulaye Doucouré featured almost as a secondary striker behind Troy Deeney. They hit targeted balls over Liverpool’s full-backs – often round-the-corner passes from the double pivot of Will Hughes and Étienne Capoue, which proved particularly effective – in an attempt to bypass Liverpool’s midfield, and their counter-press.

Deeney and Doucouré made runs towards wide positions to create two-on-ones with the relevant winger against Liverpool's full-backs. When their visitors got numbers back to defend against Watford’s wingers, one of Watford’s central midfielders moved wide, encouraging both Deeney and Doucouré to then attack the penalty area.

Pearson’s team initially defended with a 4-4-2 in a mid-block, but they then adopted a 4-5-1 in a lower block, in response to Liverpool switching from building with a back three to just two central defenders. Both of Watford's wingers withdrew to the point of almost forming a back six, to track runs from Liverpool’s full-backs; Doucouré also moved deeper in the central lane, to provide an additional number against Liverpool’s midfield three.


Liverpool's often-erratic central defender Dejan Lovren represented the key pressing trigger for Doucouré’s attempts to disrupt the visitors’ build-up play towards the right of their structure. It was only in those circumstances that Watford actively pressed Liverpool, and emerged from their deep block.

Watford retained that same formation when Roberto Pereyra replaced the injured Gerard Deulofeu, but their approach slightly changed. The hosts targeted Deeney centrally far more frequently after regaining possession, instead of looking towards the wide areas in the hope of drawing an opposing central defender.

Runs from out wide into central positions from Pereyra and Ismaïla Sarr tested Liverpool’s central defenders. Doucouré adopted a slightly deeper position, which hindered the visitors' ability to regain second balls. Watford’s midfield three also impressed in maintaining pressure against them by winning second balls in central areas – something Liverpool ordinarily excel at.

Watford scored their first goal from a well-worked throw-in. Deeney occupied Lovren, and Doucouré made a late run into the penalty area and then crossed for Sarr to finish. The forward scored his second from a simple-yet-effective hooked ball in behind from Deeney, which beat Virgil van Dijk. Sarr then sped beyond Liverpool's defence and finished delicately, beyond Alisson. Watford also resisted a lengthy spell of pressure, through significant numbers in central areas crowding Liverpool's, before their third goal came on the break.

Liverpool retained their favoured 4-3-3 formation; on this occasion Jürgen Klopp, in the absence of the injured, influential Jordan Henderson, started Alex Oxlade-Chamberlain as an advanced number eight. He joined Roberto Firmino in the central lane as Liverpool attempted to play through or over Watford’s incredibly congested block.

Mo Salah and Sadio Mané largely attacked through the inside channels, and Oxlade-Chamberlain made late runs from midfield while Firmino again withdrew into deeper teritory. But with him doing so, and inside forwards Salah and Mané struggling to advance behind Watford's defence, Liverpool lacked numbers in the penalty area, just as they did against Atlético Madrid in their recent defeat in the Champions League.

A midfielder would withdraw into defence – either Fabinho to between Dejan Lovren and Virgil van Dijk, or Georginio Wijnaldum to their left – as Liverpool adopted a back three to encourage both full-backs to advance, but unintentionally also creating spaces for Troy Deeney and Abdoulaye Doucouré to advance into on the break. Klopp's team instead later built from defence without the additional midfielder, to encourage that midfielder to also advance, but the three-on-three within midfield meant that progress through the lines was rarely possible.

With Watford’s midfield so narrow, penetrative play from Liverpool's advancing full-backs was their most effective form of attack, but their final balls lacked quality, even when they had attackers well-positioned in central areas. They struggled to overcome Watford’s resilient defence, and conceded from a lapse in concentration at a throw-in as they failed to deal with both the first and second phases of a looping delivery into the penalty area. They then went two down – again from a throw-in – when Deeney’s quick through ball sent Ismaïla Sarr in behind to finish beyond Alisson when the forward's run had gone untracked.

The visitors, usually so effective at recovering second balls, were struggling when pursuing them; Watford largely kept their central midfielders behind the ball and ready to compete for the second phase after Deeney contested 50-50s. Watford’s midfield also prevented quick balls towards Firmino, which are often a key transitional pattern and a crucial form of attack.

Adam Lallana was later introduced to midfield and Divock Origi further forward, from where Firmino continued to withdraw into deeper positions. Even when Liverpool succeeded in reaching their attackers with balls between the lines Watford continued to surround them with numbers, ultimately restricting Liverpool to just a solitary shot on target.