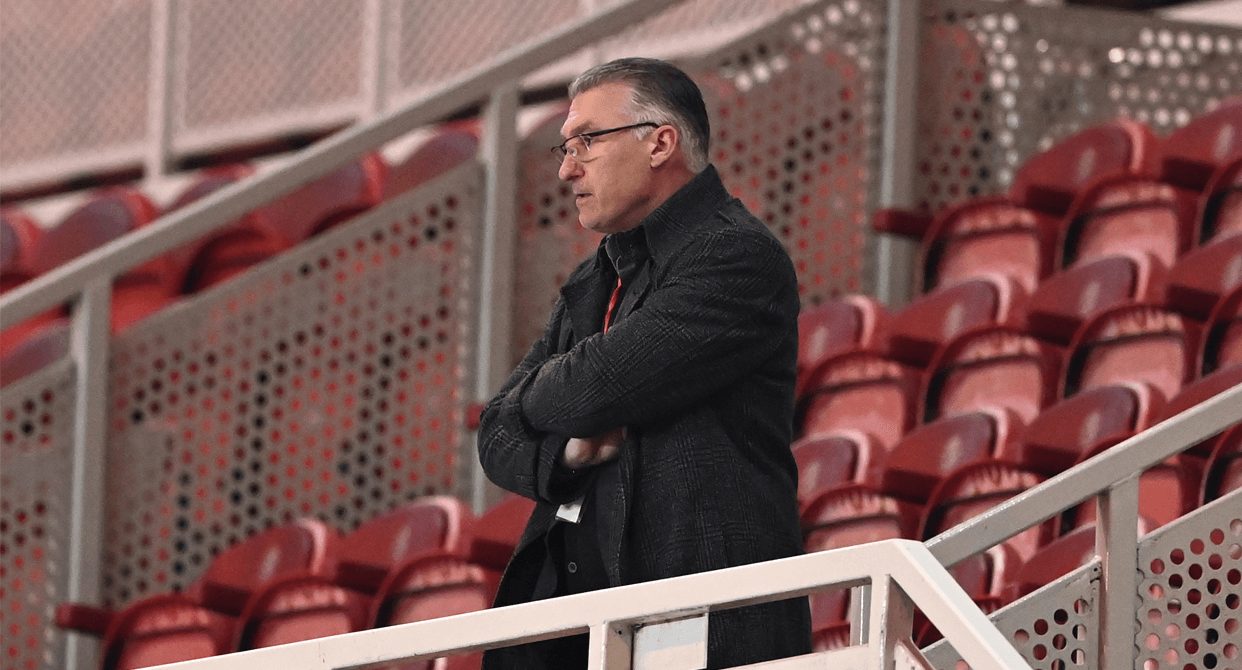 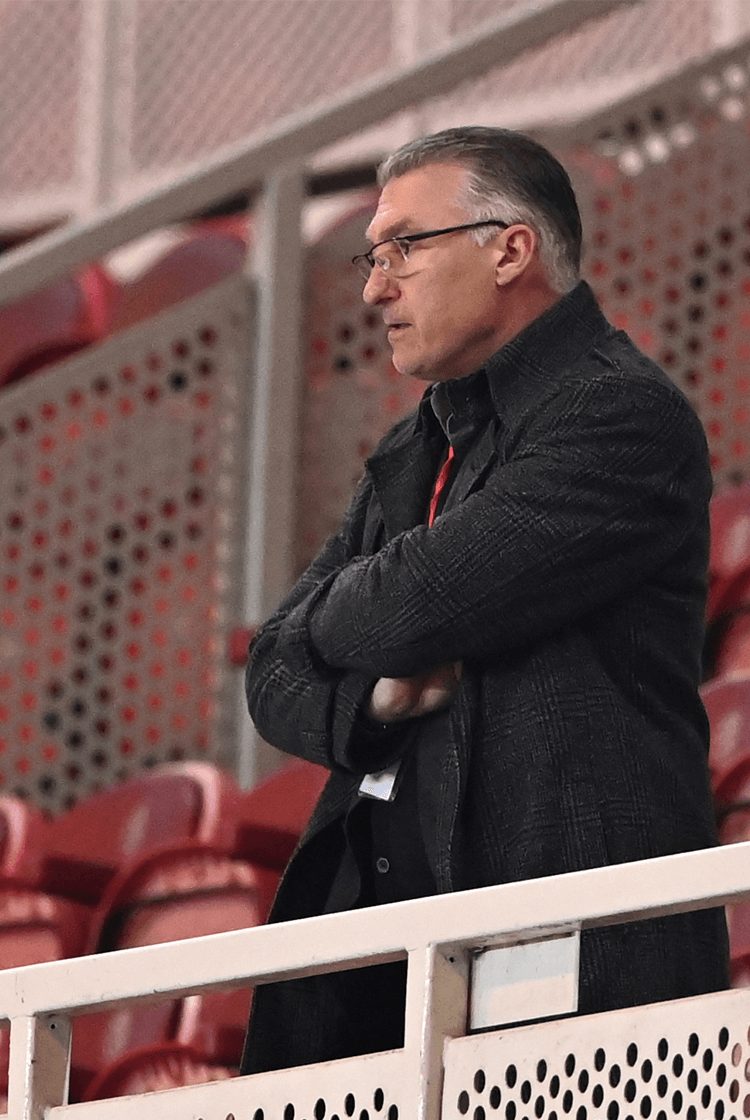 Profile
If Bristol City sought a manager to arrest their slide in the Championship and to eventually challenge for promotion to the Premier League, in Nigel Pearson they appear to have appointed the right candidate. During 2019/20 he remarkably had so immediate an impact at Watford that he took them into contention for survival when relegation had appeared a certainty; in his previous role in the Premier League he inspired Leicester to a similarly unlikely successful bid to avoid relegation having first led them to promotion.

After seven successive defeats City recorded victories in the first two fixtures since confirmation of his appointment – the first, against his former club Middlesbrough, he watched from the stands – instantly improving their prospects and the club's mood. "The initial appointment is until the end of the season, when we will reassess the situation, hopefully with a view to the long term," said City's chairman Jon Lansdown at the time of the 57-year-old's arrival. "Nigel gives us the leadership and direction we need to lift the players' confidence and to turn our form around."

Playing style
The impressive results with which Leicester concluded 2014/15 and preserved their Premier League status owed much to Pearson overseeing a change from what had been their 4-4-2 to a 3-5-2 in which their wing-backs were key. Against narrow defensive blocks Leicester efficiently built with width, with which Paul Konchesky, Jeffrey Schlupp and Marc Albrighton provided crosses at an early stage into the penalty area after possession had swiftly been worked into the final third. Riyad Mahrez, featuring as their number 10, represented a further runner alongside the front two of Jamie Vardy and Leonardo Ulloa; if he instead drifted wide to contribute to their attempts to build play, one of their defensive midfielders instead advanced into the area.

If opponents provided an increased defensive presence through the inside channels, Leicester instead built centrally while directly targeting their front two. Ulloa was their aerial target, and Vardy provided their more advanced threat; an attacking central midfielder also provided regular support. When possession was progressed through or beyond the opposition's midfield, penetrative runs were provided by their wing-backs, who also again sought to provide crosses or through balls to the three central teammates making forward runs – and when the attacking midfielder made a more sustained effort to attack on the same line as their front two.

A back four was again Pearson's preference during his short time with Derby, and later with Belgium's Oud-Heverlee Leuven, when a lone striker was most consistently supported by two wide forwards. If a double pivot was used, Leuven's full-backs had increased freedom to attack and used it to provide both overlaps outside and underlaps inside the wide forwards in front of them, by extension increasing those wide forwards' freedom. Similarly to at Leicester, their number 10 made attacking runs to around their striker, and their wider build-up was influential in the attacking half.

There were also occasions when they were organised to instead feature one defensive and two attacking central midfielders, and when their full-backs were therefore more cautious. Their play was instead focused on combinations in the central areas of the pitch, and possession being progressed via their attacking central midfielders; their full-backs instead made attacking contributions with supporting runs when the ball neared the final third.

A double pivot also provided the foundation to the impact he had at Watford during 2019/20. Troy Deeney was given a similar role to Ulloa at Leicester, but was instead supported by Gerard Deulofeu and Ismaïla Sarr, wide forwards who attacked infield; though the angle of Watford's supporting runs had changed, there was a consistency to Pearson's principles. The influential Abdoulaye Doucouré was also instead used as a more advanced attacking midfielder who provided further support around Deeney, when he had previously been a deep-lying midfielder. With his more advanced starting position, at the expense of the box-to-box runs for which he had become known, Doucouré instead offered significantly more in the final third.

Two of Will Hughes, Nathaniel Chalobah and Étienne Capoue instead formed a technically gifted double pivot, giving Pearson's team the control they often required in the centre of the pitch. When they needed to build possession in midfield – most commonly the case after direct play into Deeney – that double pivot was supported by two wide midfielders assisting through the inside channels. With the speed provided by Deulofeu and Sarr, possession in midfield quickly transformed into an attack often led by penetrative forward passes and their wide players' attacking threat. There also existed an admirable balance between prioritising possession and penetrating forwards.

Defending and pressing
Leicester's midfield was too regularly being broken through, regardless of if a mid or lower block was used, when they remained in their 4-4-2. Diagonal passes infield from opposing full-backs took teams beyond Leicester's front two and, with just two central midfielders, the spaces between those central midfielders and those attempting to defend the wider areas was too easy for opponents to reach, and to the extent that even their resilient back four struggled to defend to the extent they needed to.

When they instead defended with a back three, their wing-backs prioritised the spaces either side of their central midfielders, their front two continued to cover the central lane, and their number 10 contributed in central midfield. Opponents were therefore forced to attempt to build around their defensive block – Leicester's wing-backs covered and pressed – and then to play into the penalty area, where they encountered three powerful central defenders capable of duelling in the air. Via opposing full-backs advancing to contribute to attacks, the counter-attacking potential of Pearson's team was also increased.

Leuven similarly defended with three central midfielders, albeit in front of a back four (above), and with a mid-block. Once that defensive block was organised, it became resilient, and was strengthened by Leuven's wide midfielders adopting narrower positions and a desire to limit space between defence and midfield. Their full-backs' attacking ambition regardless ensured that opponents often targeted transitioning into attacks with width and, without a third central defender, if Lueven's double pivot didn't delay those attempted counters they instead became vulnerable.

Watford reorganised from their 4-2-3-1 to defend with a 4-4-2, via their number 10 – most commonly Doucouré –advancing to alongside Deeney, and their wide forwards withdrawing into midfield. Their previous, more passive approach had been replaced by Deeney and Doucouré instead pressing their opposing central defenders with aggression and leading a higher press – particularly against opponents also in the bottom half of the Premier League – that was less common with Leuven and Leicester.

Pearson's squad at Watford was significantly more suited to the increased intensity with which they were being asked to play, and delivered both an increased number of turnovers, and therefore goalscoring chances, in the final third. Their wide midfielders regularly succeeded in pressing infield (above), to where Deeney and Doucouré were supported by those in central midfield.

Even on the occasions they started with three central midfielders, they continued to remain compact in the central areas of the pitch and, overall, to press with aggression, contributing to their improved defensive record. The press applied over longer distances most commonly came from their wide midfielders, who so regularly proved capable of covering those distances with speed; those in the centre instead resisted doing so, to ensure that in the moments they were required to press they did so with the desired energy.