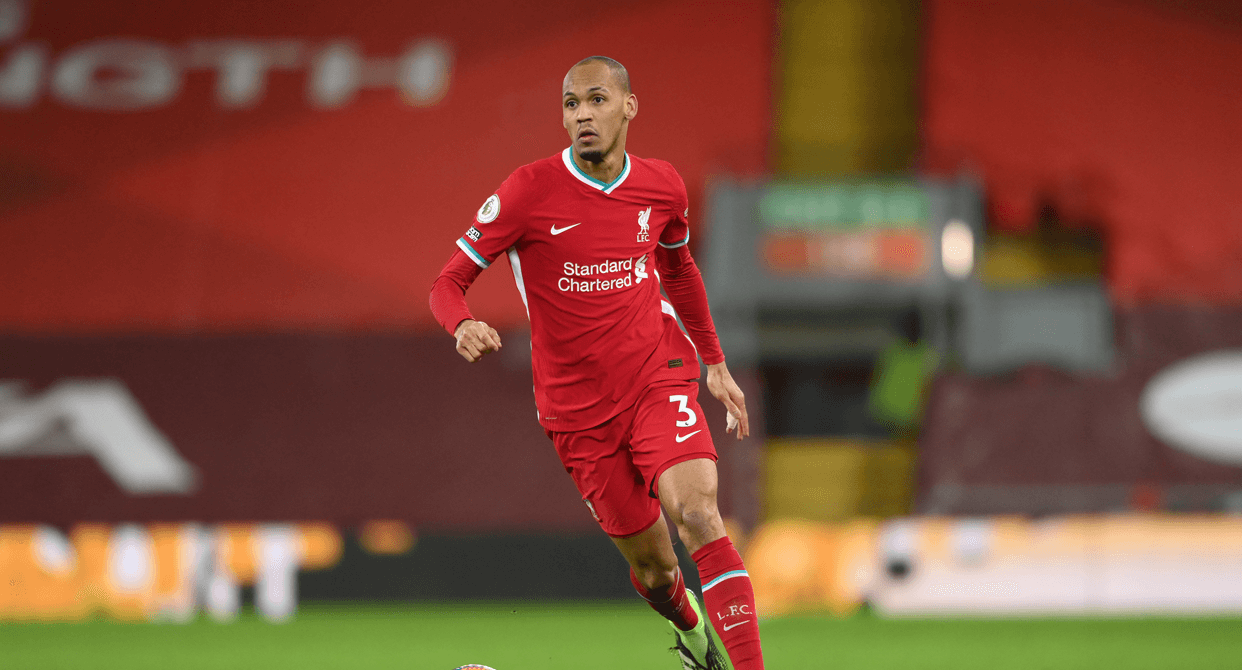 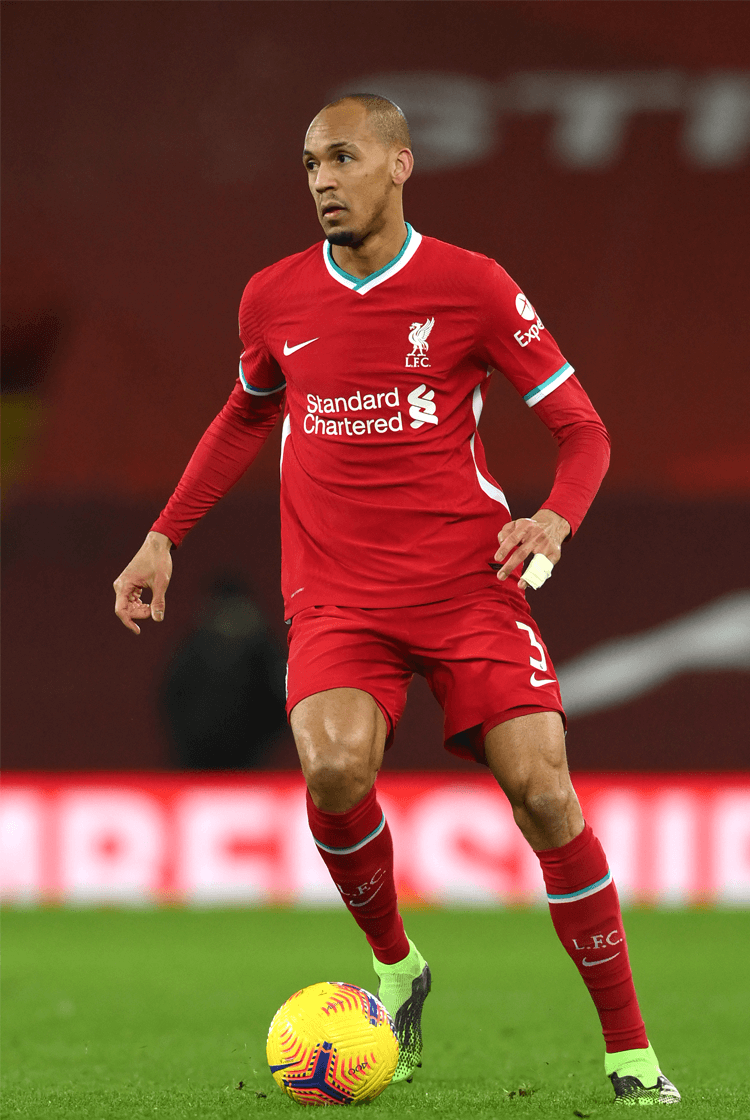 Profile
Liverpool have made higher-profile signings during Jürgen Klopp's reign as manager, but few have been more central to their transformation into first the European and then the English champions than Fabinho. In an admirably energetic, intense team, he provides valuable discipline and composure from the base of their midfield, contributing to the freedom with which their full-backs Trent Alexander-Arnold and Andy Robertson attack.

In even the most successful of teams, there is a player whose contributions are often overshadowed by their more glamorous teammates, but particularly valued by their manager and those same teammates who relish his presence. Fabinho, like Claude Makelele at Real Madrid and Michael Carrick for Manchester United, perhaps represents that for Liverpool. "He is one of the best in the world in that position, that is clear," said Klopp. "Not only defending-wise but creating as well. He is so important to us."

Tactical analysis
Fabinho’s favoured role is at the base of midfield, where as the single pivot he can operate as the link between the central defenders and the more advanced central midfielders playing either side of him. He attempts to create passing lanes with those central defenders to advance possession and, if given time and space – particularly against teams operating in a mid-block – he also seeks to break opposing lines by either playing through or over a defensive block.

When he receives under pressure, he plays with caution and as simply as possible (below), returning possession to those behind him and attempting to encourage passages of play from there. His intelligence also invites him to use that pressure to create more adventurous passing lanes; vertical passes towards him while he is facing his own goal often act as a pressing trigger for opponents, and he will turn that press into an opportunity to draw opponents and therefore to create spaces in more advanced territory.

The protection he offers from midfield means that full-backs can be given the freedom to advance. Even when possession progresses he remains in a deep position, from where he can be used to recycle the ball (below) if further progress is blocked, or to defend in the event of a regain.

It is those instincts that mean he rarely makes forward runs, even if he is capable of doing so. Only when circumstances dictate an additional number is required in the final third will he advance. That he is so capable of turning defence into attack by securing possession and then playing a direct pass to a teammate in space makes that discipline even more valuable – particularly in a team with potential during transitions.

Role at Liverpool
For all of Liverpool's defensive strength, it has become almost unthinkable that Fabinho will not start their most important games.  When they press their midfield triangle is often inverted to one high individual and two deep (below) – particularly against opponents also playing a 4-3-3 – so that he can advance towards the deepest-positioned opposing midfielder, to discourage attempts from playing through central areas.

The responsibility for the two more attacking midfielders is therefore given to those playing either side of him. Jordan Henderson, who also deputised for Fabinho at the base of midfield, is most commonly one of those two.

Against opponents who then advance into wide areas, Fabinho is capable of covering behind the midfielders alongside him to protect against an attacker moving inside with possession, and therefore to force them to play sideways or even backwards. His awareness when doing so is exceptional.

He scans, and recognises when his teammates require cover or need to advance to a specific opponent. Similarly, if the midfielders either side of him have moved to defend against an advancing full-back, he will move to the relevant attacking midfielder while ensuring that their midfield shape remains compact.

That he also takes responsibility for defending against cut-backs (above) means that he passes attacking runners on to his teammates. If runners are used on his blindside, that particular instinct could therefore be exploited. In those same areas, when defending at set-pieces, while his frame and physicality should be strengths, his occasional uncertainty in watching either the ball or an opponent can again be exposed by runners on his blindside.

Their responses to both attacking and defensive transitions is a significant feature of Liverpool’s play. Fabinho understands exactly when he needs to join a counter-press or to withdraw and cover (below), and of the need to detect potential passing lanes nearest to the new ball carrier on the occasions the ball has been lost. Without him doing so, counter-presses often prove ineffective, because the ball carrier will otherwise have played out of the pressure being applied.

His positioning, and more specifically the distance he is operating at in front of Liverpool’s central defenders, is a further priority, and he therefore can also withdraw to protect the relevant spaces while his more advanced teammates apply a counter-press. That position is largely determined by how play is unfolding; against dangerous opponents it is often cautious during the opening stages of a match, and complemented by him withdrawing more commonly than joining that counter-press.

Fabinho will also largely consider the likely next phase of play, and by extension monitor where he needs to be, if Liverpool's attempts to produce a counter-attack are prevented. Doing so also involves him adopting a withdrawn position, and if he has been the one to turn possession over, finding a straightforward pass to a more advanced teammate.