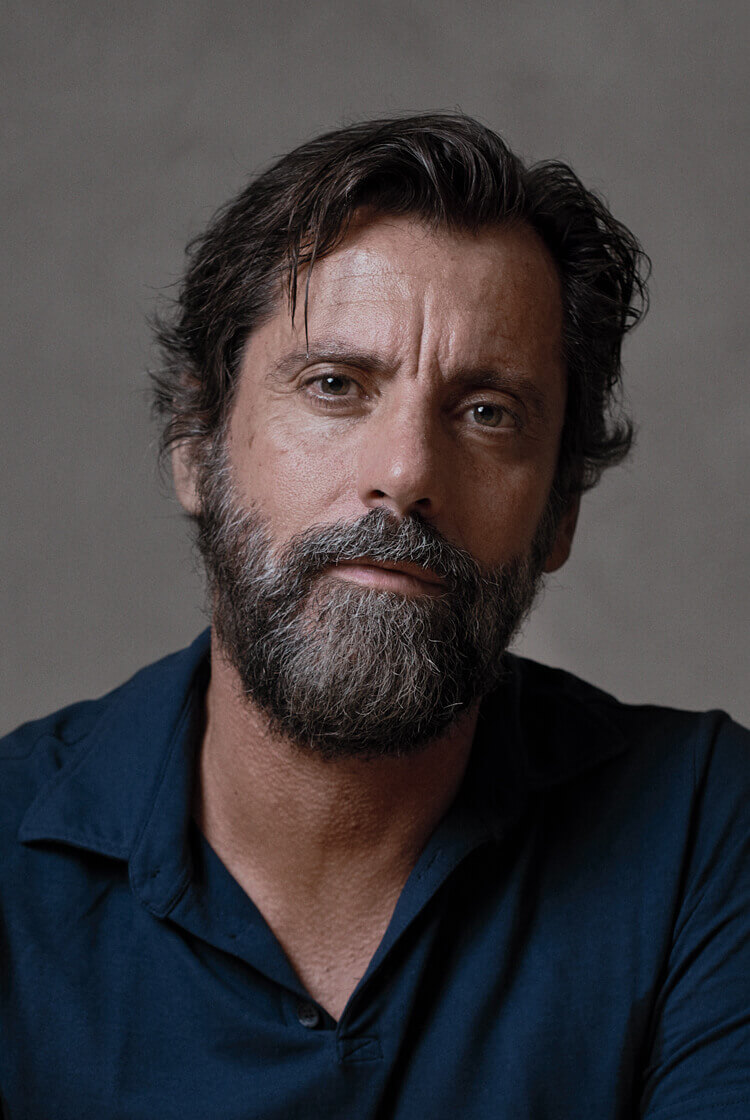 When you start organising things when you are still very young, it’s because there is something different about you.

I was 12 years old when I created an internal football league at school, putting together teams from Year 6, Year 7 (my year) and two teams from Year 8. I did it with a notebook and a pen, according to the quality of the players.

That Year 8 kids would let themselves be organised by someone smaller than them – well, it must have been a sign.

At home, my brother and I were hooked on football. We would play with the ball in the street all day. We collected stickers, and we’d play chapas – a popular game in Spain played with bottle caps.

There was a time when my brother, who is a year and a half older than me, left me with the bottle caps.

I’d set up the pitch with two goals, and the stands around it, near the front door of the house. It was a small house, but the whole family would come together there on many occasions.

One Saturday afternoon, someone rang at the door. My mother avoided the bottle caps as best she could and opened the door. It was my aunt Lola (Flores, a famous flamenco dancer and film actress). When she came in, she saw the pitch I had there. She didn’t take any notice, but my mother did: “This kid puts all this stuff here, where it’s a nuisance.”

My aunt just took a big step over it all. “Leave him. If this kid is doing that, it’s because he has something in his head.”

And she was right. What I had in my head was simply football, and the desire to invent things.

My first memory of watching something structured, something that really resonated with me, was when I was nine and I watched the 1974 World Cup in West Germany. Those are my first great memories of football. In those days in Spain, they only broadcast one league match a week on TV: 7pm every Sunday.

That World Cup completely absorbed me, right from the opening ceremony. I told my mother that I didn’t want to go on holiday to Mallorca with my mates. I'd rather stay at home watching all the matches. She was fine with it. Mostly, because she was afraid of us travelling.

I got my qualification as a manager when I was playing for Valencia. Even though I was only 25 it was clear to me that, when my career as a player came to an end, I wanted to carry on in some way linked to football. And it was clear to me in which way.

My training as a manager started at the academy for coaches, working across all the categories. Each course lasted for a year. There were a lot of subjects, with very good teachers who left their mark on me.

But the really good learning came in the five years I spent working in media, after I stopped playing and before I started to work as a manager.

That job demanded a quick turnaround from me. They demanded more and more from me, and I was also very demanding with myself.

"I began with two notebooks. With those notebooks, I started a method. It was the beginning"

Previously, Arrigo Sacchi’s Milan had already caught my attention. It was the first team that had really had an impact on me. Now, this time spent following these two teams made me understand both styles of play.

I was working for a 30-minute TV programme in Valencia, and I would prepare tactical aspects of Saturday night’s matches. I’d have to cut the images, so I’d go to work with the makers of the show on Sunday mornings.

It was eight hours’ work for just a three-minute summary. For me, though, it was a great learning experience.

To this day, it helps me understand the analysts who work on the technical staff, cutting images to study different game scenarios. I think, before you coach, it’s important to have been through this type of process.

My first chance to work on the bench was with Real Madrid’s youth academy. I had the option of coaching Second Division, but I was conscious that I was not ready to start at that level.

I began with two notebooks that my friend José Luis Oltra gave me. With those notebooks, I started a method. It was the beginning.

One summer I got a call from Getafe, a team that had gone up to the First Division for the first time. At Real Madrid, they saw it as a risky prospect. I also saw it like that.

When you start as a manager, you’re fearful of taking risks.

It’s like that partly due to the environment we operate in. Everything is so fast and pressured. In the end, you rely on results. Nothing else. That’s why you’re fearful.

But it’s important to believe in what you do. I wasn’t 100 per cent sure, but I knew it could work out well.

"Once we had beaten Liverpool in the semi finals, I knew we were going to win. We had done the hardest part"

Apart from that, I think I went to coach Getafe because nobody else wanted to. It was an unusual situation, where the manager who had taken them up, Josu Uribe, had already signed with a different team.

All of a sudden, Getafe was in the First Division, but without a manager. They went on discarding names until they got down to the last brave one who wanted to face the challenge. In my case, I had a lot to gain and little to lose.

That was without a doubt one of the best years in my career.

Being at Valencia was different. It was a more difficult project, because the team had only one season before I arrived won the league with Rafa Benitez.

You can’t control people’s ambitions, of course, but what we did was highly valued. We were contracted to get the club into the Champions League, and we did that in consecutive seasons.

My time at Atlético Madrid lasted barely two years. Two very intense years, mind you. The club was going through a tricky time. I had a lot of conversations with Enrique Cerezo, the president – especially during the first month and a half, when we lost match after match.

“What’s going on?” he would ask me, anxiously.

“It’s a process, President. You have to believe in a process for things to work.”

Within a year, we were hugging each other. We had reached two European finals – the Europa League and then the European Super Cup – and won them both. After a long wait, the club was winning again.

Before that 2010 Europa League final against Fulham, I knew we were going to win. A manager can never really think that, but once we’d beaten Liverpool in the semi finals, that is exactly what I thought. We’d done the hardest part. The road to get to the deciding match was more difficult than the final itself.

At Atlético, I spent a long time determined to make things work out. And they did, thanks to the players. As always, they put in a great deal of effort to turn the situation around.

But where have I most enjoyed my time as a manager?

For me, the Premier League is the place. The place where every manager and player wants to work.

You have the organisation of the competition – right from the start, you know which day you’re going to play against each team – and the way people feel and live and breathe football. All of that ends up captivating you.

I feel very proud of the work we did there. There were wonderful feelings, the year we got to the semi finals of the FA Cup at Wembley. It was an incredible honour for all of us to be there. The goal in the league was to stay up, and we achieved that by February. I think the foundations were laid for a project that is growing year on year.

On a personal level, it was a time that opened up my mind as a manager. With a different language and culture. I think all of us who have worked in the Premier League can say afterwards that we improved for the experience.

Now, I am nothing like that manager who started out working at Getafe in 2004.

The first time I went into a dressing room, it was really helpful that I’d played for 13 years at Valencia, Real Madrid and Real Zaragoza. I knew what I was going into. At least, I thought I did.

Because, as time goes by, you realise that everything is different. Being a player is nothing like being a manager.

As a manager, you have to address the players with conviction, make them believe in what you’re saying. You need to unite the different states of mind and sensibilities of each player.

When you start out, you’re green. But everything’s a process. We’re constantly learning from our mistakes. In football, as in all sports, you have to make a lot of decisions during the actual game. And that’s not just the footballers.

Managers have to take decisions continuously. Some of them are tangible, others are not. As a result, you make mistakes – but it’s from those mistakes that you learn a lot.

Like my aunt used to say, I still have things in my head. I try to make sure my decisions are accompanied by feelings and emotions. I’ve been like that with all the teams I’ve been with. With Benfica, and in the UAE. This must always be the case.

True, it doesn’t always happen. But we have to try and choose our destiny the best way we can.

Because, when time is gone by and all this is over, I want to look back and regret as little as possible of what I have done.