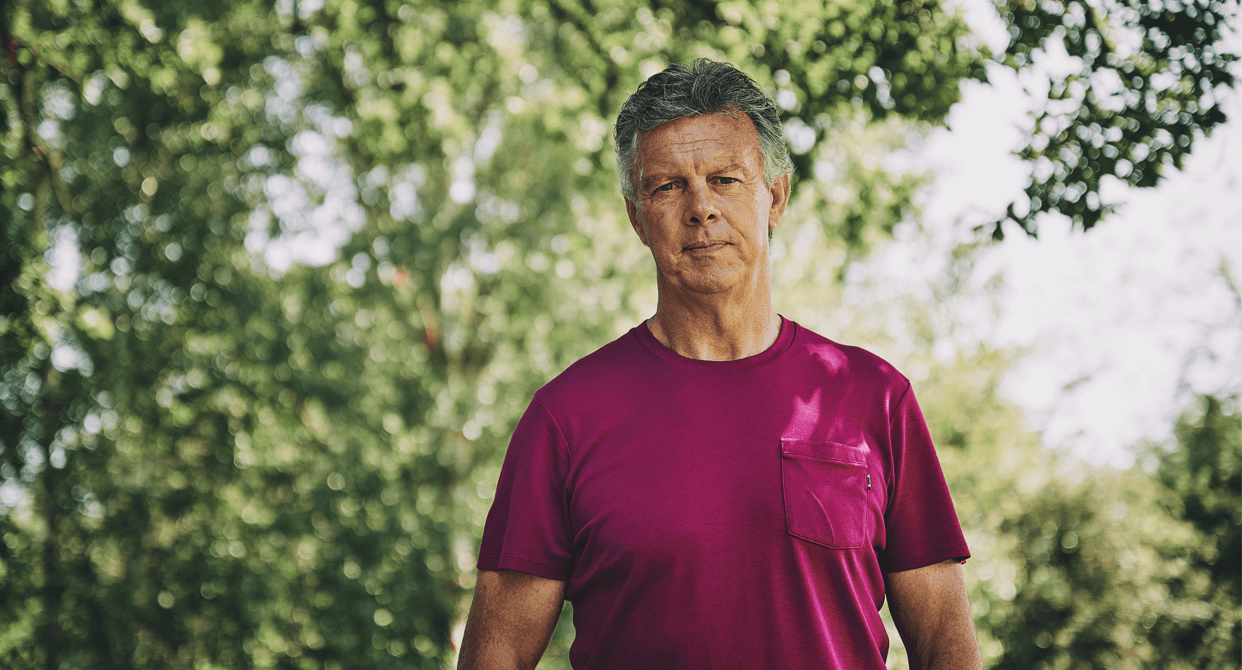 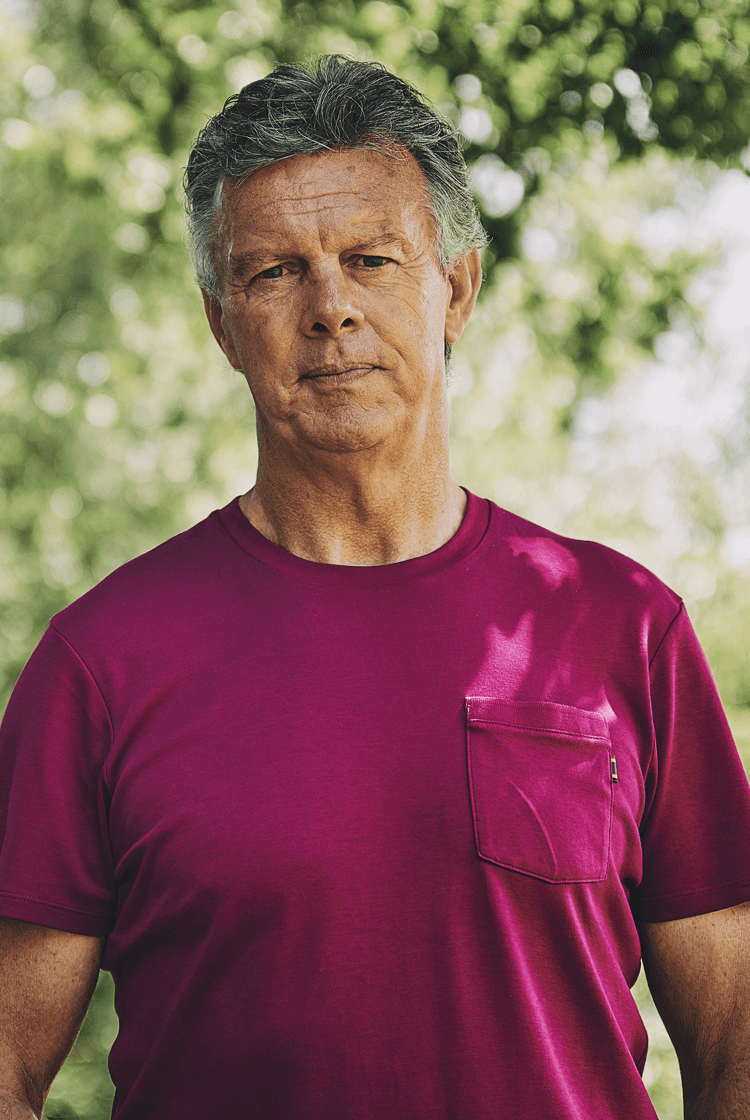 It was very frustrating at the start of the 2000/01 season. We just couldn’t get going.

We lost to Manchester City and drew with Coventry, two teams that ended up getting relegated, and then drew against a Derby side that just avoided relegation.

At that stage we were missing a lot of key players due to injury, though. I just felt that, once we got all our players back and the new players had bedded in, there really was great potential in the team.

The ambition for the season was to get into Europe again and improve on the previous year, when we had finished third in the Premier League and made it to the semi finals of the UEFA Cup. The title was out of the question – there were more capable teams than us – but I knew we had a special team and the club just wanted to see improvement on the pitch.

Thanks to the sale of Jimmy Floyd Hasselbaink to Atlético Madrid a year earlier, we were able to invest in players.

I’d been to Scotland to watch Mark Viduka (below) playing for Celtic a few times, and I knew he would be perfect for us and the way we wanted to play. He was a big, strong forward who could hold the ball up and someone we could play off, but he could also score plenty of goals.

"If you go to Barcelona without six first-team players, you know you're in trouble"

I was never involved in the financial side of things, but I told the board for the money – around £7m – he was absolutely perfect for us, and they agreed. We got him, and he turned out to be one of my best ever buys.

Then there was Olivier Dacourt, who I’d been impressed with when he was at Everton. I thought he would be ideal for us, and it was then about getting him to come to Leeds and selling him the dream of what he wanted to do. Again, we got our man – Olivier was another brilliant signing who improved the team.

We’d made that poor start to the season domestically, and we also had a tough draw in the Champions League qualifying round, against 1860 Munich. We weren’t playing well, but we managed to scrape through over two legs after a brilliant 1-0 away win in the second leg.

We got Barcelona, AC Milan and Besiktas in the first group stage, and we didn’t have our players back from injury in time for the first game – a daunting trip to the Nou Camp.

Anybody can go to Barcelona and get beaten, but if you go there with a young team like ours and missing six first-team players, you’re in trouble.

"We went to Munich, Madrid, Rome, Brussels, Barcelona, Milan and Istanbul, all in one season"

To have any chance you need your full team out, but we didn’t have that – and it turned out we were in a lot more trouble than I’d predicted. We got absolutely hammered. We were 2-0 down inside 20 minutes and ended up losing 4-0 (below).

We had some people behind the scenes who were in a panic after that game, but they didn’t understand what Barcelona was or the problems we had. It was our first game as a young team going to a club like that, and we did it with half a squad. For all I was gutted we’d got beaten, I knew there were reasons behind it.

I knew we were a lot better than that result made out, so I knew we’d improve – and we did.

We went unbeaten for the remaining five games of the first group stage, beating AC Milan at home and getting a draw away, as well as drawing at home to Barcelona.

So we qualified for the second group phase, where we were drawn against Real Madrid, Lazio and Anderlecht. Three capital cities. We went to some amazing places – Munich, Madrid, Rome, Brussels, Barcelona, Milan, Istanbul – all in one season.

The great thing about that squad I had was that they were young and a bit naive. So they were totally fearless and really, really brave.

We had some great young players. Players like Jonathan Woodgate (below), Harry Kewell, Alan Smith and Stephen McPhail, who could handle the pressure of playing in the biggest games.

They weren’t experienced and never overanalysed things. They relished the big occasions and they would never freeze, even on the biggest stages.

We would train on the pitch before an away game and you could just tell the players were inspired by playing in the biggest, most famous stadiums on the planet and what had happened at these venues.

From the Bernabéu to the San Siro, they wanted to be part of the stadium’s history.

We added another unbelievable young player in November, when we signed Rio Ferdinand from West Ham.

We had a brilliant leader in Lucas Radebe – but he was struggling with his knee, so the club asked me for three options to recruit, all at different prices. I said Rio was the top one we could get, but I told them he would cost about £10m.

I was actually quite shocked when they told me we were signing him for £18m – I might even have expressed doubts if I’d been asked about it – but they were convinced. He was already a world-class player and he proved to be an incredible signing.

Real Madrid beat us at Elland Road – Raúl and Fernando Hierro got the goals – and then we went to Rome to play Sven-Göran Eriksson’s special Lazio side (below), who had won Serie A the year before.

Viduka was as good a centre-forward as anyone in Europe that night and we got a result, winning 1-0 through an Alan Smith goal 10 minutes from time. That was a great occasion, and Sven was very complimentary afterwards.

We were still struggling with playing in Europe and keeping up our league form, though. We were a young group learning on the job, but we were expected to do what Manchester United and Arsenal had been doing for years. After a big European night and the travel, we were tired and often struggled to refocus.

After the win in Rome, we went to Southampton on the Saturday, played really poorly and lost.

We got very lucky against Anderlecht in our next European games, though. By the time we played them in back-to-back Champions League matches in February, we had the weekend in between off because we’d already been knocked out of the FA Cup.

"In August, nobody would have believed we'd be playing a Champions League semi final in May"

We didn’t play well in the first game at home but we dug out a win, coming from behind with two late goals. Then we had the whole weekend to prepare for the second game, with the experience and the lessons of that first game fresh in our minds.

Olivier Dacourt heard that the Anderlecht coach had said we were lucky in that first game and that our players were overrated, so when he told the rest of the squad about that it was a great motivation for the return game. The players always had a great attitude, but that gave them added incentive.

Our performance in Brussels was probably one of our best in my entire three years at Leeds. We won 4-1 and completely annihilated them (below). It all came together perfectly.

Three days later, we went to Tottenham and won – and won well. That was particularly pleasing.

It was always going to be a tough game. They were managed by former Leeds manager George Graham, who I was managed by at Arsenal and was assistant to at Leeds. So they – and he – really wanted to win, but we proved that we were learning how to maintain our Premier League form after coming back from a European game.

"Fatigue didn’t come into it. We were just beaten by the better team"

We were on a hell of a run, and played superbly to beat a really top-class Deportivo La Coruña in the quarter finals. We played our best football for a full 90 minutes in the first leg, with a great atmosphere at Elland Road. We won the game 3-0, with goals from Ian Harte, Smith and Ferdinand.

I knew it wasn’t over, though. Deportivo were a team that scored a lot of goals, and we faced an onslaught in the away leg. We got a right lesson in that return game, but we only lost 2-0 and clung on – deservedly – to progress.

We’d started off in August against 1860 Munich, and back then nobody would have believed in May we’d be playing a semi final against Valencia. Of course it was very disappointing when we lost to them, but I was so proud of the team.

Valencia were a very, very experienced team – they’d got to the Champions League final the year before and had knocked a very good Arsenal side out in the previous round.

"With the team we had at that time, we really should have won a trophy"

We’d played loads of games over the course of the season, but fatigue didn’t come into it. We were just beaten by the better team over two games.

The players (below) had overachieved massively, and I was lucky to have had that group. We made it so near, but just couldn’t make that final step.

We finished the league season strongly but missed out on the Champions League places by a point, so we didn’t have the chance to go on another run like the 2000/01 season.

It was a real pity we never won anything. A bit like Mauricio Pochettino at Tottenham, with the team we had at that time, we really should have won a trophy.

We’d put together a really top group of lads who wanted to play the football I asked them to play, and they were full of hunger.

Even though we didn’t win anything, the Leeds supporters were always behind me. I cannot believe the way I’m treated by them, even now. They always let me know they were on my side.

That run to the Champions League semi finals built a bond between us that will always be there.