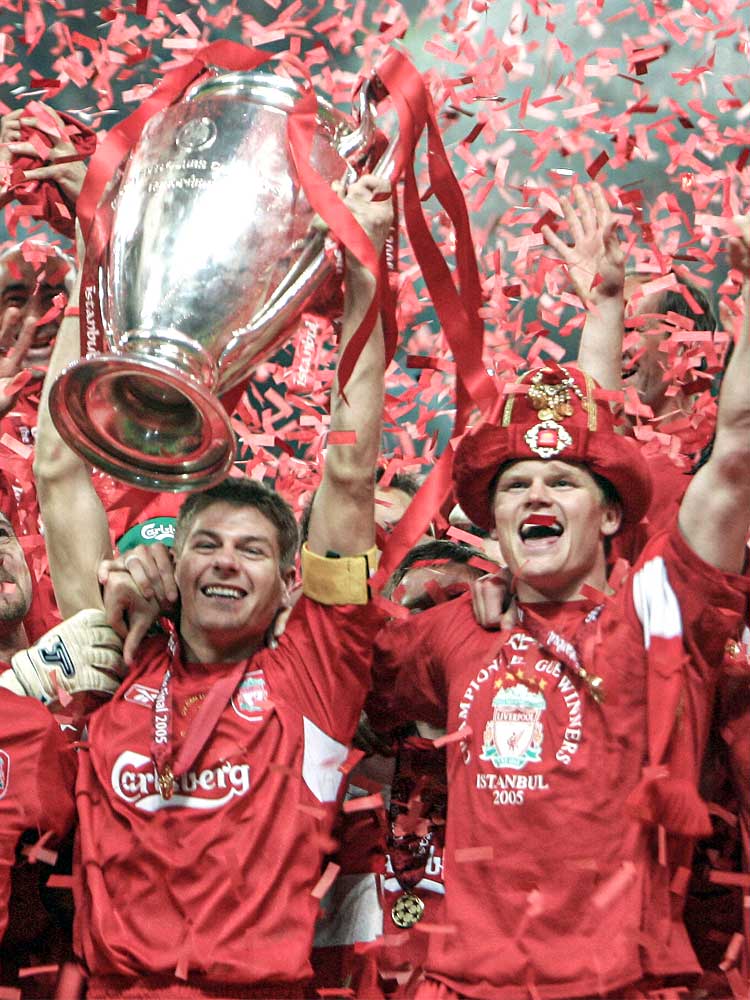 There is perhaps no more appropriate a time to indulge in one of the Champions League's greatest comebacks – the Miracle of Istanbul. In the 2005 final, Rafa Benítez's Liverpool refused to accept defeat at half-time, despite trailing 3-0 to a particularly dominant AC Milan, whose manager was the respected Carlo Ancelotti. Three goals in six second-half minutes – from Steven Gerrard, Vladimir Smicer and Xabi Alonso – ensured Liverpool drew level before emerging, exhausted, from extra time to triumph in a suitably dramatic penalty shootout, on the most emotional and memorable of nights at the Ataturk Olympic Stadium. 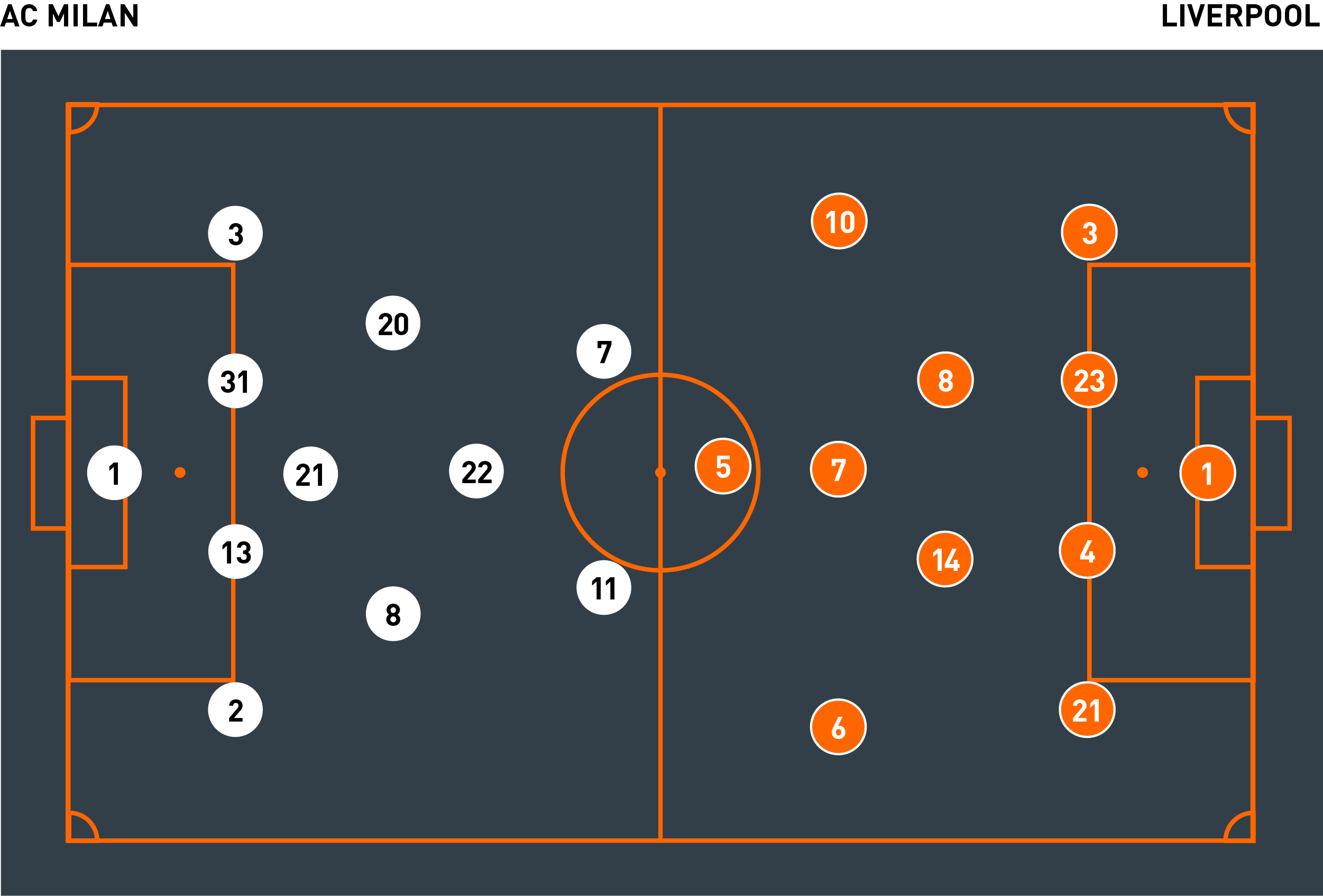 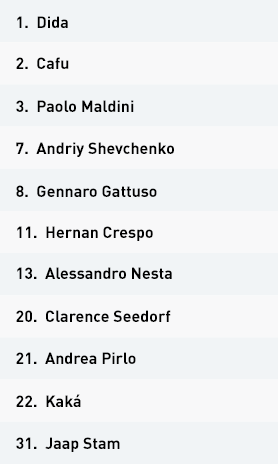 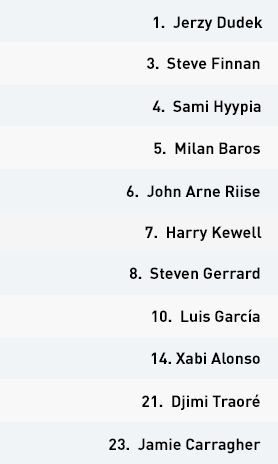 AC Milan were set up by Carlo Ancelotti into a four-diamond-two formation in which Andrea Pirlo, Gennaro Gattuso, Clarence Seedorf and Kaká formed their diamond midfield. Liverpool had barely had time to assess their opponents and settle when, with not even a minute played, Milan were ahead. An early free-kick from Pirlo fooled Liverpool's defence as he cut the ball back for Paolo Maldini to volley in.

Ancelotti's team then confidently took control of the ball. Pirlo dropped deeper in possession, helping their defence smoothly transition possession forwards. Often left with time and space, his long passes were typically impeccable. Hernan Crespo and Andriy Shevchenko attacked the vacant spaces in behind Liverpool's defence with well-timed runs, and the Italian midfielder penetrated that defence to find them with relative ease.

Kaká also threatened throughout the first half. The Brazilian operated from the tip of their diamond, shifting and roaming in between the lines. Pirlo and Seedorf’s passing was instinctive yet direct, ensuring Kaká received in space and drove forwards, drawing Liverpool's central defenders out of position and creating further space for Shevchenko and Crespo to attack into.

As Liverpool began to open up in possession, Milan pounced with the most lethal of breaks. With Liverpool desperately appealing for a penalty, Milan broke, and Kaká again found unoccupied central space. Shevchenko curved his run away from Liverpool’s defence, was found just inside the penalty, and, as Liverpool's defence rushed towards him, he squared the ball back across goal for Crespo to tap in at the far post.

Moments before half-time victory appeared almost certain as Crespo extended their lead. Jamie Carragher hopelessly stretched to block access to the Argentinian, and a delightful through ball from Kaká split their defence and slid into the path of Crespo, who, with a gloriously improvised, stabbed finish, sent the ball past the onrushing Jerzy Dudek.

Complacency perhaps played its part in the opening 15 minutes of the second half, which were disastrous for Milan. Liverpool also had a new attacking structure as Milan went from being in full control to complete disarray. Previously, Liverpool hadn't made use of any attacking width, but with wing-backs stretching Milan’s midfield they couldn't stop central penetrations. Liverpool were excelling by the hour mark, having drawn level at 3-3.

To Milan’s credit, after the third goal was conceded, their composure returned and they halted any further progress from Liverpool. Intelligent spells of possession, coupled with more aggressive pressing, prevented Liverpool from taking the lead. They lacked consistent penetration in attack, however, because Liverpool’s midfield had started to limit the space around Kaká.

In extra time, Milan regained control despite cramp and fatigue afflicting both teams. For all of Milan’s possession, the only real chance came late on, when Shevchenko's header was superbly saved by Dudek. The rebound also fell nicely to the striker, who was somehow denied as Dudek seemed to unknowingly parry the ball over the crossbar.

For the penalty shootout, Milan went first in front of their own supporters. It took the Rossoneri three attempts to convert; Serginho and Pirlo both missed their penalties before Jon Dahl Tomasson scored from his. Kaká also calmly slotted his in before the pressure penalty landed at the feet of Shevchenko. The striker stepped up and softly struck straight into the body of Dudek. Despite a 3-0 lead at half-time, Milan had suffered defeat in one of the game’s greatest ever comebacks.

Liverpool were organised by their manager Rafa Benítez into a 4-2-3-1 formation in which Steven Gerrard and Xabi Alonso started in central midfield. They couldn't have anticipated a more difficult start; they went behind in the first minute, when Paolo Maldini volleyed in from Andrea Pirlo's free-kick.

Naturally, AC Milan’s midfield went on to dominate the first half, during which Gerrard and Alonso struggled against Milan's diamond midfield. The movement of Kaká, in particular, proved a threat; the Brazilian was able to directly attack Liverpool's defence by drifting into space behind their midfield.

Liverpool were sluggish and uninspiring in possession. Luis García drifted infield from his position wide on the right, but would have been more effective maintaining their attacking width. Milan’s central press also frustrated Liverpool in midfield, making it difficult for them to build possession.

The ball was often directed towards John Arne Riise towards the left, from where he eventually became an outlet. Riise delivered powerful crosses into the penalty area, but with only Milan Baros to aim for, any threat on goal was comfortably defended against.

Needing to recover from three goals down, Benítez changed their structure at half-time to a 3-4-2-1. The scoreline, and injuries to Harry Kewell – who had been replaced early by Vladimir Smicer – and later Steve Finnan forced the Spaniard to do so, and with Dietmar Hamann introduced as an additional midfielder, there was an immediate change in the style and confidence of their play.

Liverpool suddenly had an air of purpose. With Gerrard higher in possession and driving his team forwards, it was only 10 minutes into the second half when the captain superbly guided his header into the far corner from Riise's cross. Two minutes later, Smicer drove a low shot into the bottom corner.

Liverpool again surged forward in attack. With Milan struggling to cover the central spaces and four Liverpool players positioned in the central areas, Gerrard, in particular, proved problematic, and was soon posing a threat with his forward runs. After the ball had been moved higher up the pitch, he was eventually brought down by Gennaro Gattuso inside the penalty area. Alonso stepped up; his initial attempt was wonderfully saved by Dida, but the Spaniard scored from the rebound.

Milan responded by reorganising, and slowly began to regain control of the ball. Liverpool’s momentum naturally faded late in the second half, when their opponents dominated possession. Liverpool did, however, remain comfortable in a low defensive block. Milan created few real openings, and when cramp and fatigue started to have an influence, Liverpool sought to take the game to extra time.

Liverpool’s strong defensive foundations were preserved, so they sought to attack on the counter. Djibril Cissé, a substitute, was the ideal outlet for their long clearances, and willingly chased down loose balls and often forced Milan to concede throw-ins and the occasional corner. Jerzy Dudek producing a fortuitous save from Andriy Shevchenko proved the only time either team perhaps deserved to score.

Hamann stepped up to take Liverpool's first penalty of the shootout, and scored. Once Cissé converted Liverpool’s second, they had a 2-0 lead. Milan converted their next two after missing their first two, but, after Riise’s effort was saved, Smicer struck before the pressure fell on Shevchenko. Dudek invoked the spirit of Bruce Grobbelaar; his wobbly legs succeeded in unnerving the Ukrainian, and his effort was saved by the goalkeeper, sealing Liverpool’s fifth European title in the most dramatic fashion imaginable.