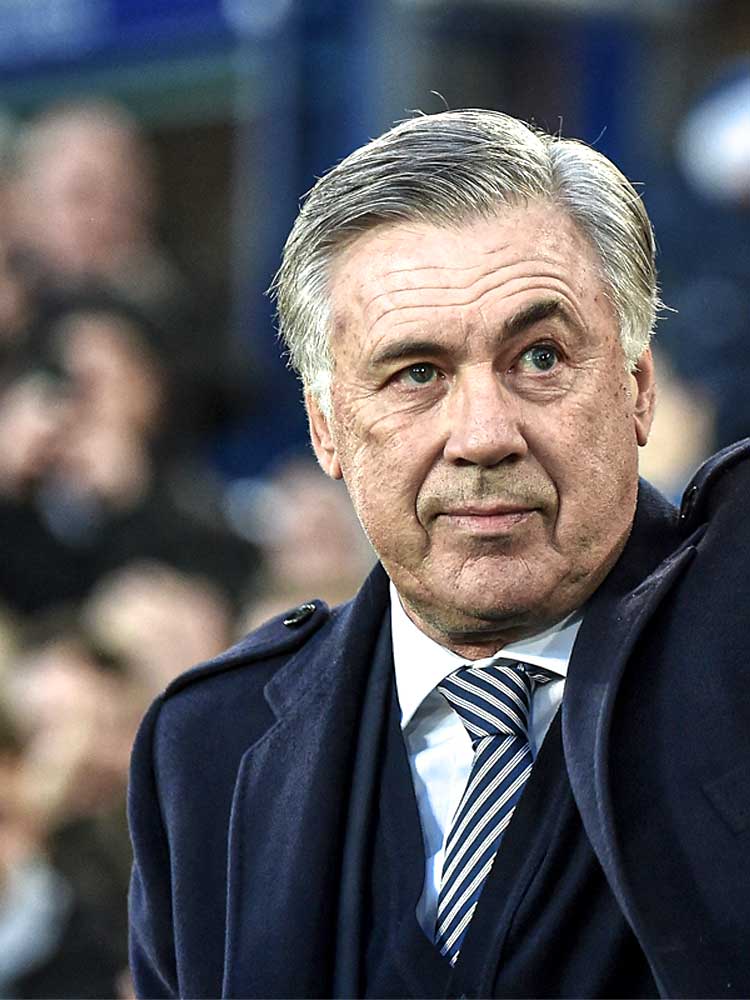 Profile
Carlo Ancelotti's return to Real Madrid as manager perhaps makes even more sense the second time around than it did the first. He was previously tempted to the Spanish capital in 2013, when his reputation as the laidback figure as proven at resisting intense pressure as he is at delivering cups made his a logical appointment as they pursued la décima, which in his first season he delivered.

Eight years on, he will be no less expected to inspire further success, but this time, as when he arrived at Chelsea in 2009 and similarly to how he led AC Milan to the 2007 Champions League, he will be required to do so with an ageing squad widely recognised as past its peak and with, by Real's standards, minimal investment. ‘‘There is a clear vision from the owner and the board to deliver trophies,’’ said the Italian, 60 at the time of his departure from Everton. ‘‘That is something that appeals to me as a manager.’’

Playing style
Everton’s 2020/21 provided the latest demonstration of Ancelotti's ability to adapt. If at Milan he often favoured a four-diamond-two, at PSG he largely used a 4-3-3, and then at Real a 4-2-3-1 that converted into a 4-4-2. At Napoli, having inherited a team so impressive under Maurizio Sarri in a fluid, possession-based 4-3-3, he imposed himself by successfully reorganising them into an attacking 4-4-2, a system he also again first used at Everton, even if during lengthier spells of build-up Everton's 4-4-2 reorganised to form a back three.

Seamus Coleman, a natural full-back, often overlapped Djibril Sidibé at wing-back from his role as their right-sided central defender, through Ancelotti demanding an increased presence in central areas when attacking. Regardless of their shape, often through positioning several players in the three central lanes ahead of the ball, Richarlison operated as a withdrawing striker if not moving infield to support from the left. The Brazilian also provided a direct link towards two further strikers.

Although Everton's attack then showed greater variety, it came at the risk of those moving parts and rotations requiring longer to recover back into their defensive positions. There also existed a risk that the left side of their structure was particularly vulnerable to counter-attacks.

A further rotation from that 4-4-2 involved a central midfielder withdrawing into central defence, ensuring a single pivot instead of a double, both full-backs advancing, and their left-sided midfielder again drifting infield – ultimately providing an additional player in central areas between the lines (below). When a similar approach had been used, but with greater caution from their full-backs and therefore at the expense of more width in the final third, Everton’s shape resembled a 4-2-2-2, and involved increased numbers beyond their opposition’s midfield, often between the lines.

That shaped evolved again, most recently into a 4-3-3 and featuring significantly more quality between the lines behind Dominic Calvert-Lewin, Richarlison, and both advancing full-backs. James Rodríguez attacking from towards the right increased their ability to find the spaces behind opposing defences; he drifted infield, played as a withdrawn number 10, and provided their leading link between midfield and attack, whether through the centre or the right inside channel. From the left of that front three, Richarlison drifted infield and offered a penetrative run behind Calvert-Lewin (below), their number nine, where he once would have moved towards and demanded possession. Richarlison's potential during transitions, when he most commonly made runs through the left inside channel, was also often influential in drawing the attention of the defending right-back.

The stability that existed in central midfield encouraged Everton's full-backs to advance, and was complemented by sufficient quality that they could build play via shorter passes. Allan and Abdoulaye Doucouré joined André Gomes there for 2020/21, covering spaces behind the movements of Coleman and Lucas Digne; Doucouré moved like Gomes to occupy the spaces in the inside channel but remained willing to provide a further number in central defence. The improved service that was being directed towards Calvert-Lewin, from both open play and set-pieces, contributed to his transformation into a prolific goalscorer, and the figure they had lacked since Romelu Lukaku’s departure to Manchester United in 2017. His aerial threat and movements beyond defences are consistent features in those Ancelotti favours in the final third.

Pressing and defending
Ancelotti inherited a team that was conceding regularly at set-pieces, largely because of their zonal-marking approach, and that too often struggled to recover from conceding the first goal. That mentality had since significantly changed. There was a growing resilience, as was demonstrated by them recovering from two goals down to beat Watford 3-2 in 2019/20, further recoveries from losing positions in 2020/21 and, in their victory at Tottenham, a rare win at one of the division's leading teams.

In the same way that their in-possession shape had evolved, Ancelotti's team had gone from defending with a back four or five to, in 2020/21, a 4-3-3 that meant them defending with a 4-1-4-1 mid-block. The recruitment of Allan and Doucouré meant that Idrissa Gueye was finally replaced, so where combinations in inside channels were a weakness, and too many spaces existed, they were far better prepared for lengthy periods without the ball; Allan's positioning between defence and midfield, particularly, proved a strength. Their defensive pressure was most effective in the middle third, where most of their tackles were won. Of the regains made in the final third, over half came in the inside channels because of their positioning when attacking a lower block, and their full-backs and number eights, complemented by Allan, blocking access inside and working to prevent quick switches of play.

Their number eights' and Allan's defensive support contributed to regains being made and their wide players' advanced positions becoming exposed, particularly given their full-backs worked to press from behind the ball carrier when an opponent had been forced into a deep block. It was regardless in the wider areas that they needed to continue to improve. Though those in central midfield worked to cover the spaces left by their full-backs' attacking runs, through Richarlison and Digne advancing high and wide towards the left – and Richarlison's positioning regularly leaving Digne short of cover – and Rodríguez drifting infield, Everton could still be vulnerable against switches of play. If those in central midfield moved to cover those full-backs, spaces were vacated in the centre that Liverpool were among those to exploit.

When their 4-1-4-1 block was established (above), and their wide forwards had taken more routine defensive positions, Everton were noticeably stronger. Richarlison, Rodríguez and Calvert-Lewin led what was often their man-oriented press by Richarlison and Rodríguez prioritising their opposing full-backs, and Calvert-Lewin the opposing central defenders; Allan was similarly influential from the base of midfield. Their two leading transitional threats were then temporarily sacrificed, however, and it was that balance that Ancelotti would have needed to improve had he remained at Goodison Park.