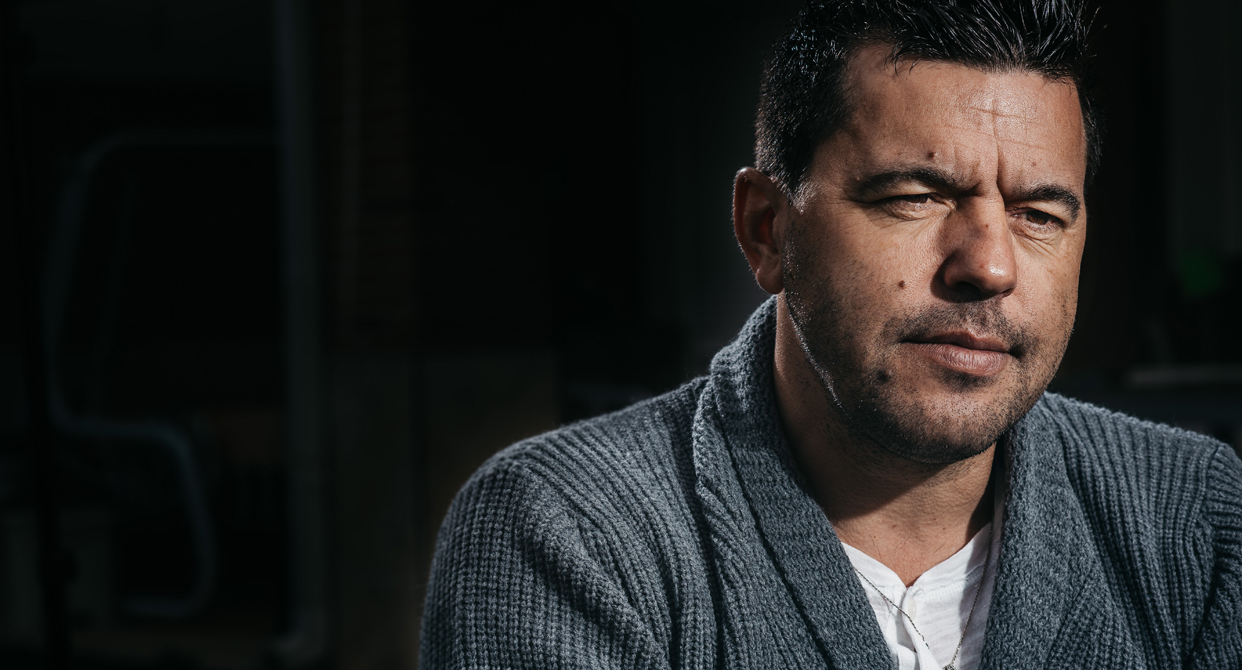 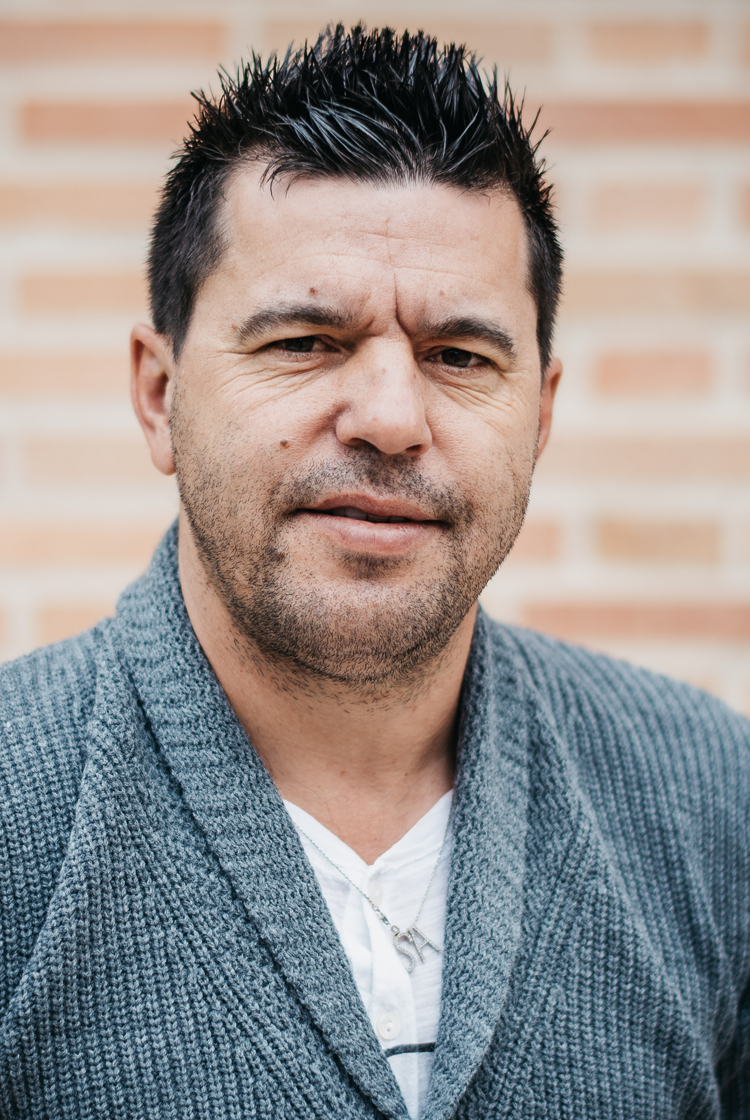 I haven’t watched the final again.

We came together as a group to celebrate the 15th anniversary of the game, and we watched bits of it. But I still haven’t seen the whole thing.

Maybe I will in the future with my son, who also plays football. It will be a good lesson for him – to see how a small team, with modest players, was able to compete against the big teams in Europe.

But we will wait a bit for that. The story hasn’t got a happy ending. It’s cruel. Too cruel.

The 2001 UEFA Cup final was the last final in club football to be decided by the golden goal rule. There was only a few minutes to go until penalties, after we had gone down to just nine men in extra time.

We got to that final thanks to the confidence of that group of players. I played for teams like Atlético Madrid and AC Milan, but I felt best at Alavés and later at Getafe, where I also had the great experience of getting to the UEFA Cup quarter finals.

During my time at Alavés, we felt we could beat anybody. Anybody.

In the first leg of the last 16, we hosted Inter Milan in Vitoria. We always seemed to play at home first.

That was an Inter team that featured the likes of Christian Vieri (below), Álvaro Recoba and more.

"The manager called me over and told me to get booked"

Halfway through the second half of the first leg, we were losing 3-1. We asked ourselves: "How are we going to get a result?" It seemed impossible.

A clear message came through: “Lads, let’s go after them. Hound them. It’s the only way.” So after them we went. The final score was 3-3.

After the game, the press was asking us about the return leg. “We’ll see,” we said.

In the return leg, it was us who thrashed them at the San Siro, winning 2-0. They didn’t see the ball. We could have beaten them by a lot more.

After beating Rayo Vallecano in the quarter finals, we faced Kaiserslautern in the semi finals. We beat them 5-1 at home in the first leg, and then 4-1 away in the second leg. It was a terrific performance.

In the first match, I scored our first two goals from the penalty spot. After the second, the manager, Mané, called me over and told me to get booked.

“If you do, you are going to miss the final.”

So I got booked.

Raúl Gañán was a player who didn't feature that much, but he was a fantastic teammate and he pushed really hard in training – I could never relax with him around.

That shows how important competition within a group is to a coach. You can’t let anybody relax.

Raúl came on and scored a goal in that second leg against Kaiserslautern. We were even happier about his goal than we were about getting to the final.

"When I went out on the pitch, I got goosebumps. When I think of that moment, I still think of them now"

Back then, we never wore a club uniform. When we travelled as a team, each player wore jeans and a shirt, or even a tracksuit. But I have a memory from before that final against Liverpool.

“We reached the final like this and we’ll go there just the same way,” we told him.

A few hours before the match, when we were already in the stadium, the Liverpool players showed up. Each wearing a suit, with a red tie. Impeccable.

When I went out on to the pitch, I got goosebumps. I still get them now when I think of that moment. Until we were inside the stadium, we hadn’t actually started to experience the final.

There were 25,000 fans wearing orange shirts – the colour we wore throughout the competition. They had come all the way from Vitoria to Dortmund. We couldn’t believe it.

Then I turned round, and the rest of the Westfalenstadion was in red.

"It was crazy. The Liverpool players couldn’t believe it"

As a single match, a European final feels very different. On the bus, from the hotel to the stadium, you could see all the tents the fans had set up. You could feel the atmosphere.

It feels even more special coming out of the dressing rooms. There was Michael Owen, Steven Gerrard, Jamie Carragher, Sami Hyypia, Gary McAllister. All of them internationals. All top players.

But we never thought Liverpool were the better team. We didn’t feel inferior to them. That’s why it was such a beautiful match, and very open.

Our manager, Mané, tried to change what we had done until then. He put three central defenders in our starting XI. After 20 minutes, they were winning 2-0.

We looked at each other to pick ourselves up. The manager also made a substitution. He took off a central defender, Dan Eggen, and brought on a striker, Iván Alonso.

That changed the whole match. That substitution was a message from Mané. It made us play higher up the pitch.

Liverpool also withdrew their lines. For us, an attacking team, it made it easier for us to cross the ball. Easier to get into the penalty area.

The goals started to come. Alonso scored the first and then, after McAllister scored a penalty to make it 3-1, two followed from Javier Moreno. It was crazy. The Liverpool players couldn’t believe it.

They were very much the favourites. They didn’t expect us to take the game to them like that, at the same level as them. At times, we were even better than them.

They did know about our strength in attack, because we had scored a lot of goals in the previous rounds, but they didn’t believe we were capable of doing it in the final.

On an individual level, I played very well. I provided two assists and created a lot from the right. Although it was a final and I was nervous, it was a match I enjoyed – feeling that we could beat the mighty Liverpool.

When we levelled again at 4-4, thanks to Jordi Cruyff’s goal (above), and the 90 minutes were over, we went to talk to the manager and said that we would go after them. We had to beat them.

But, in extra time, the referee sent off both Magno Mocelin and our captain, Antonio Karmona. Things then got very complicated.

Playing with just nine men, we were only thinking about survival. About getting to penalties and seeing what might happen, because then it’s just a lottery.

Until Delfi Geli headed the ball into our own goal.

Martín Herrera, our goalkeeper, said that he shouted at him because there were no Liverpool players behind him.

They scored when there was no threat – that was the worst thing about it. But these things happen in football.

The referee then blew the final whistle, and I was shattered. I stayed in the goal, just lying there for five minutes.

I didn’t know how we could have lost that match. Some of the Liverpool players came to comfort me.

I felt a tremendous sadness that lasted until we went for dinner. Whether we won or lost, the club had organised a dinner with our families, our kids and our friends.

The chairman spoke, to thank us for what we had done. Then our captain, Antonio Karmona, spoke – and what followed was all jokes and laughter. We were a really fun bunch.

When you give your all and lose you feel absolutely shattered, but the satisfaction inside was the same as if we had won. It wasn’t to be because that’s how destiny wanted it, and that’s it.

To the city of Vitoria, it didn’t matter if we had won or lost. Everybody came out on to the streets. They greeted us like heroes.

That is something priceless.