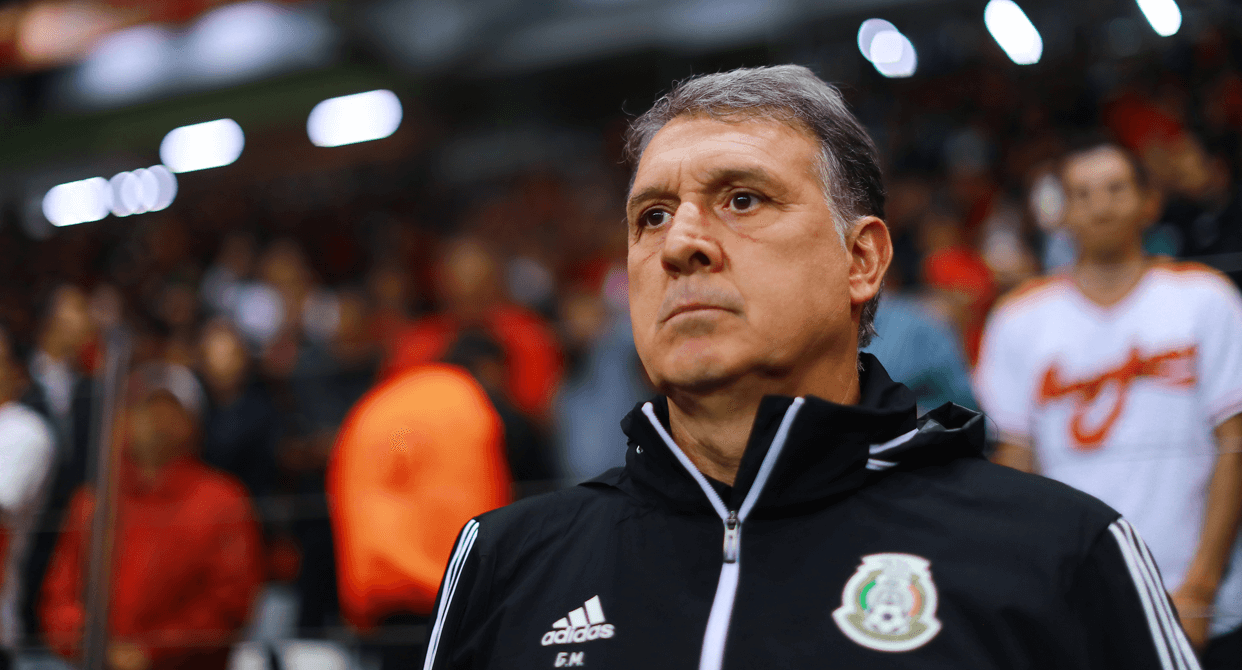 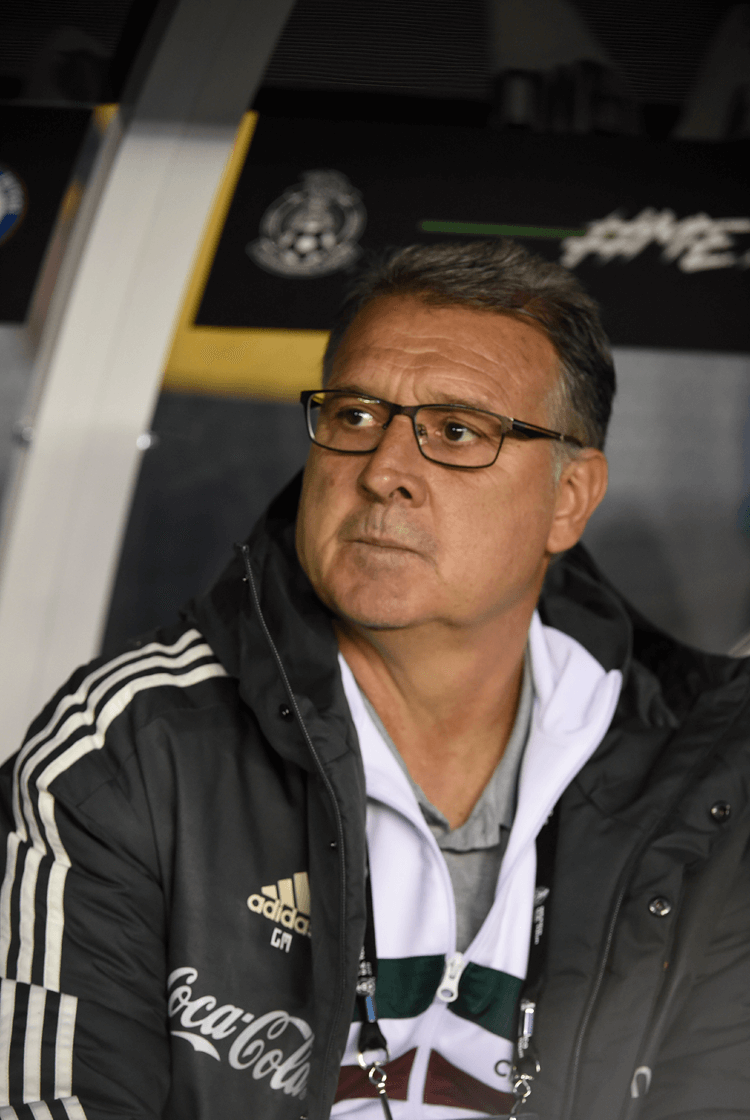 Profile
Gerardo "Tata" Martino believed his appointment as Barcelona's manager in 2013 owed to a recommendation from none other than Lionel Messi and his father Jorge. By his own admission he was a surprise candidate to be their new manager, and though he left after a year in Spain he did so with a significantly higher profile. Since then he has managed Argentina, who he led to successive Copa America finals, and inspired Atlanta United to the MLS Cup, ultimately convincing Mexico to make him their latest head coach.

Once a player under Marcelo Bielsa, with whom he continues to be compared, Martino is also admired by a further fellow Argentinian coach – Lionel Scaloni. "He has a very clear idea (of how to play)," he said ahead of a fixture between Argentina and Martino's admired Mexico. "It's very important for us to play against not just 'Tata", but this Mexico national team that I'm totally sure would be a very difficult challenge for any national team."

Playing style
Throughout his year at Barça, Martino favoured a 4-3-3 that placed an emphasis on numbers in central areas and player rotations. Dani Alves and Adriano or Jordi Alba were encouraged to advance from full-back and into the inside channels, and by extension encouraged the wide forwards in front of them to attack infield (below). Their false nine – either Lionel Messi or Cesc Fàbregas – withdrew to a position between the two attacking central midfielders, and Sergio Busquets, operating at the base of midfield, would, when needed, also adopt a deeper position alongside their central defenders to form a back three.

Fàbregas, like Andrés Iniesta, would also be used in a wider attacking role on the occasions Martino also wanted those at their best in the centre to, nominally, have a wide starting position, and therefore fewer rotations. If two of Neymar, Pedro and Alexis Sánchez started wide, they too would be instructed to drift infield, ensuring that Barça maintained a significant presence between the opposing full-backs and central defenders, and also that those wide forwards formed a box with the two attacking midfielders behind them. They consistently got numbers into the penalty area, runners towards both posts, and further runners targeting the spaces in behind.

Martino also favoured a 4-3-3 with Argentina. Messi was instead selected towards the right, and their midfield three was more defensive than Barça's, and therefore offered fewer supporting runs. Argentina's front three often had to attack while underloaded, and they were more reliant on moments of transition. Despite not being committed to a high press, they succeeded in making and capitalising on regains in advanced areas – not least because Argentina's reduced attacking numbers meant opponents required fewer players to contribute to the first stage of their build-up.

He similarly started with a 4-3-3 at Atlanta, and later alternated between using a 4-3-3 and a back three, and again demanded options in the inside channels when they attacked. When they played with a back three, a front two, often featuring Miguel Almirón, was supported by advancing wing-backs, and their three central midfielders combined with a wide player to form a diamond – keeping the other wide player free – to overload opposing midfields. Their ability to adapt by changing the focus of their central combinations in response to their opposition's defensive strategy was their most impressive trait.

Martino's time with Mexico has so far hinted at a similar style, and has involved a high press. Their goalkeeper Guillermo Ochoa builds play from the back of their 4-3-3 or 4-2-3-1, their central defenders Carlos Salcedo and Néstor Araujo move wide, and their full-backs Luis Rodríguez and Jesús Gallardo advance. Like Busquets did at Barça, Edson Álvarez withdraws from midfield into defence to form a temporary 3-4-3 and contribute to the first line of their build, committing opponents and encouraging a switch of play before an attempt to advance through the channels via their wide players.

Once they have established their desired overload, passes are exchanged in pursuit of the spaces created out wide (below), their full-backs support their attacks and seek to create imbalances in their opponents' structure, and Raul Jiménez prioritises occupying the opposing central defenders and advancing beyond them. An alternative ploy, once they have progressed into the final third, involves them playing passes in behind those defenders, before attempting crosses that look for Jiménez or a direct approach with which their attacking midfielders advance beyond Jiménez while he holds up play.

Pressing and defending
A consequence of the extent to which Martino demands his full-backs advance is their potential vulnerability to counter-attacks. There were occasions when Barça were exposed, and had too few in position to defend against crosses or cut-backs once their central defenders had moved wide to protect the spaces being targeted behind their full-backs. While the depth of their attacks was a strength, it also contributed to the weaknesses that existed after losses of possession. Those attacking players had vast distances to cover if they were to make it back into a defensive positions or track runners; if opponents progressed beyond the immediate pressure that followed a regain, they often had both time and space to attack into.

His Argentina were more compact – often employing an organised mid-block – and were therefore more difficult to break down and more efficient during moments of transition. Their central midfielders rarely moved ahead of the ball when they or their teammates had possession, so a double pivot was maintained in front of their central defenders and they were also capable of covering behind their full-backs' attacking movements.

The back four with which Atlanta defended lacked compactness. Their 4-3-3 mid-block was vulnerable through the inside channels, between their wide forwards and central midfielders, so their opponents regularly progressed into positions from which they could attack their back four. A lack of discipline among that four also meant that they lacked resilience. When he instead opted for a back three, they proved more effective at applying pressure in midfield or in the attacking half; if that pressure didn't succeed, they were then capable of defending more effectively with a back five after their wing-backs withdrew.

As Mexico have more recently demonstrated, Martino continues to favour defending with a mid-block and attempting to adjust dependent on the opposition. Unless too many players are committed to an attack, Mexico work to limit any gaps on the inside. Their mid-block exists to encourage their opponents to attack out wide (above), when it is easier to dispossess them and then target Jiménez with a direct ball. Though not to the same extent as Argentina, they have also proved difficult to break down.