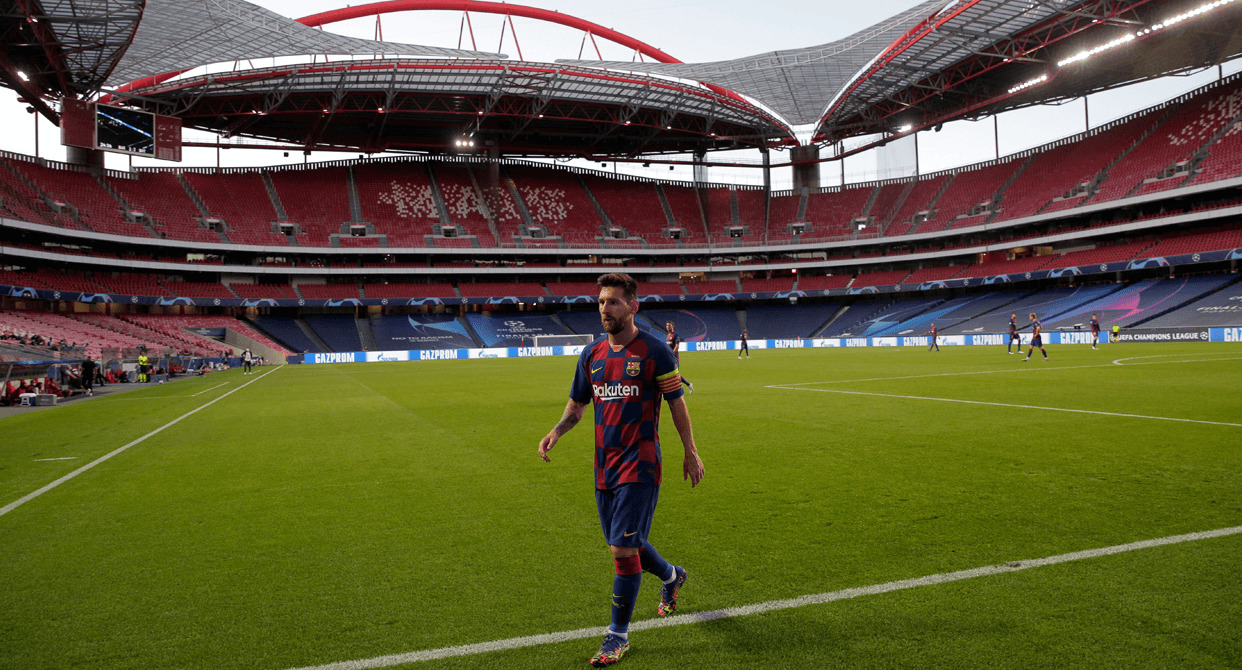 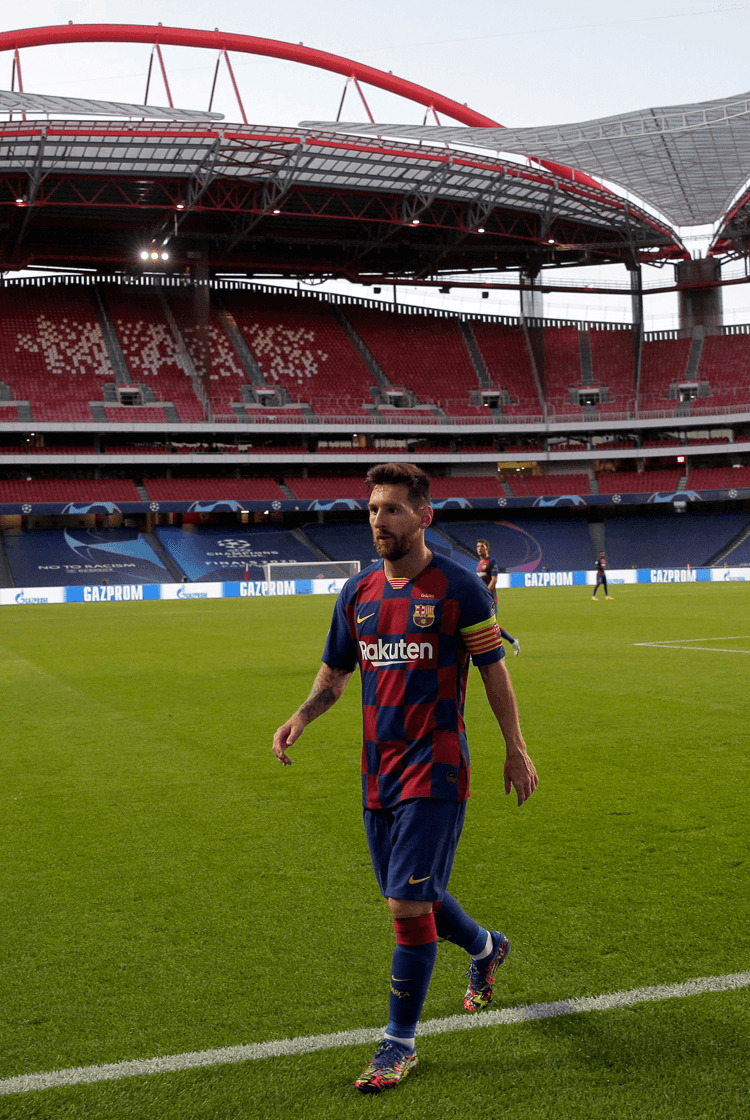 Profile
More than any transfer they could possibly make, Lionel Messi committing his future to Barcelona perhaps gives them hope of again challenging for La Liga and the Champions League. He is not only widely considered the world's greatest player and the greatest of all time, he is so influential that Barça's hopes of continuing to compete with Real Madrid are overwhelmingly reliant on him. While his future was uncertain the Spanish football landscape dominated by Spain's two biggest clubs throughout Messi's time as a professional was at risk of changing beyond recognition; Neymar, Andrés Iniesta and Arthur leaving were manageable because they retained Messi throughout.

Barça's Liga and Spanish Cup double of 2018/19 took Messi's total wth the club to 34 winners’ medals He also recorded his 600th goal for the Spanish champions, and 400th in La Liga, ensuring that he continued to break and set new records. He surpassed Xavi Hernández as the Barça player to win most matches, and beat Iker Casillas’ record in the Spanish top flight. His 10 Liga titles also keeps him on course to surpass Francisco Gento’s total of 12, set with rivals Real.

Tactical analysis
Since being used on the right by Frank Rijkaard in an attempt to fit him into the same attack as Ronaldinho, Messi has excelled at cutting inside on to his stronger left foot. If he started his career as an agile, tricky winger at his best beating defenders one-on-one, he has since had to steadily adjust his game. His change of speed, particularly from a standing start, remains essential – he often stands still when receiving possession in an attempt to draw his opponent before bursting beyond them, often with a shoulder feint (below) to leave them off balance. Yet even given his incredible ability and variety, it is the combination of his exceptional balance, speed and strength when protecting the ball that is most devastating in Messi overcoming opponents, given he is so often tracked by two players.

Even if his long, mazy, individual runs have become less common, Messi’s incisive passing remains a huge asset. After moving past an opponent, his ability to break lines with accurate forward passes is outstanding, largely owing to the vision that rivals some of the best midfielders in the world – a particularly rare trait in a wide forward.

Messi breaks lines from any position to create for his teammates, usually those moving to receive in behind, regardless of whether he is feeding a striker running across a defence, an overlapping full-back or a central midfielder running vertically through a defensive block. The timing of his release, with the accuracy of his passes, is a devastating combination and encourages his teammates to make ambitious moves when Messi is in possession. His deceptive body movements when dribbling disguise his passes, and he can therefore penetrate the most compact defences. As he cuts a pass across his body – often between the opposing left-back and central defender – opponents are left uncertain about his intended direction of play and are forced to defend reactively.

Further forwards, Messi’s low finishing technique is devastating. He combines power and precision, and can convincingly finish while dribbling at speed, also doing so with an element of disguise. He shoots across goal to deceive the goalkeeper and he is lethal when one-on-one, when he is also capable of dribbling around a goalkeeper, deftly lifting the ball over him, or finishing into the corner (below).

Role at Barcelona
As La Liga’s top goalscorer for a record seventh time – and the fourth season in succession – Messi had yet another incredible campaign in front of goal in 2019/20, even if by his and Cristiano Ronaldo’s lofty standards it was far from his best. He regardless stood out even more for his creativity, having surpassed 20 assists in league games alone for the first time in any season in his career. With 25 goals and 21 assists, Messi became the first player in La Liga history to surpass 20 in both in a single season, and the first player in any of Europe’s top five leagues to do so since Thierry Henry for Arsenal in 2001/02. With new signings struggling to settle under the departed Quique Setién, Messi raised his game.

Although he still provides a significant threat on goal and has always been far more than just a goalscorer, Messi is doing even more of his work in deeper positions. Under Setién he was still selected, nominally at least, on the right of Barça’s attack, but he spent predictably long periods in central positions, leaving space on the right for Nélson Semedo or Sergi Roberto to attack into from right-back.

As a result of his deeper, more central positioning, and given that he is ever so slightly less explosive in his movements, it has become a less common occurrence to see Messi collecting the ball in an inside right position and playing a pass into the feet of a forward before looking for the return pass and shooting. Goals of that nature were until recently a hallmark of Messi’s game, but he scored only one of them during 2019/20.

When he does drift to the right, he tends to take a defender with him, and he immediately looks to release Barça's right-back into the space that he and that defender have vacated (above). Barça's right-back then forms a front three with Luis Suárez and Antoine Griezmann; Messi only supports the attack, rather than sprinting to catch up and join it. On the left, Jordi Alba advances from full-back to join attacks more than any of the central midfielders in their 4-3-3 formation. If the attack progresses along that wing, Messi moves into an inside right position and looks to receive the ball in a position from which he can shoot with his stronger left foot.

Setién encouraged a central midfielder – often Arturo Vidal or Sergio Busquets – to withdraw into central defence, leaving a space in midfield that Messi showed an increased willingness to move into. Messi also seeks to play the killer pass more than he once did, and is happier to play a more direct game. He is incredibly effective at doing so from deep positions, when he seeks to release Alba or Semedo with a swiftly executed direct, lofted pass (below).

Messi retains his wonderful method for finding spaces while preserving energy for the moments he most needs it by slowing to a walk and letting play move around him, rather than running into space himself. It is both incredible and truly unique; every other player on the pitch commits to their team’s shape while Messi waits for the perfect moment to pounce.

That tempo does not, however, extend to his out-of-possession approach. Setién – a disciple of Johan Cruyff – asked his players to counter-press aggressively after losing possession.

Messi led from the front with that press, and in no way shirked his defensive responsibilities. Under Pep Guardiola, Barça and their talismanic Argentinian pressed to devastating effect, and while they were nowhere near as efficient in that regard under Setién, Messi was the first to take the fight to their opposition.