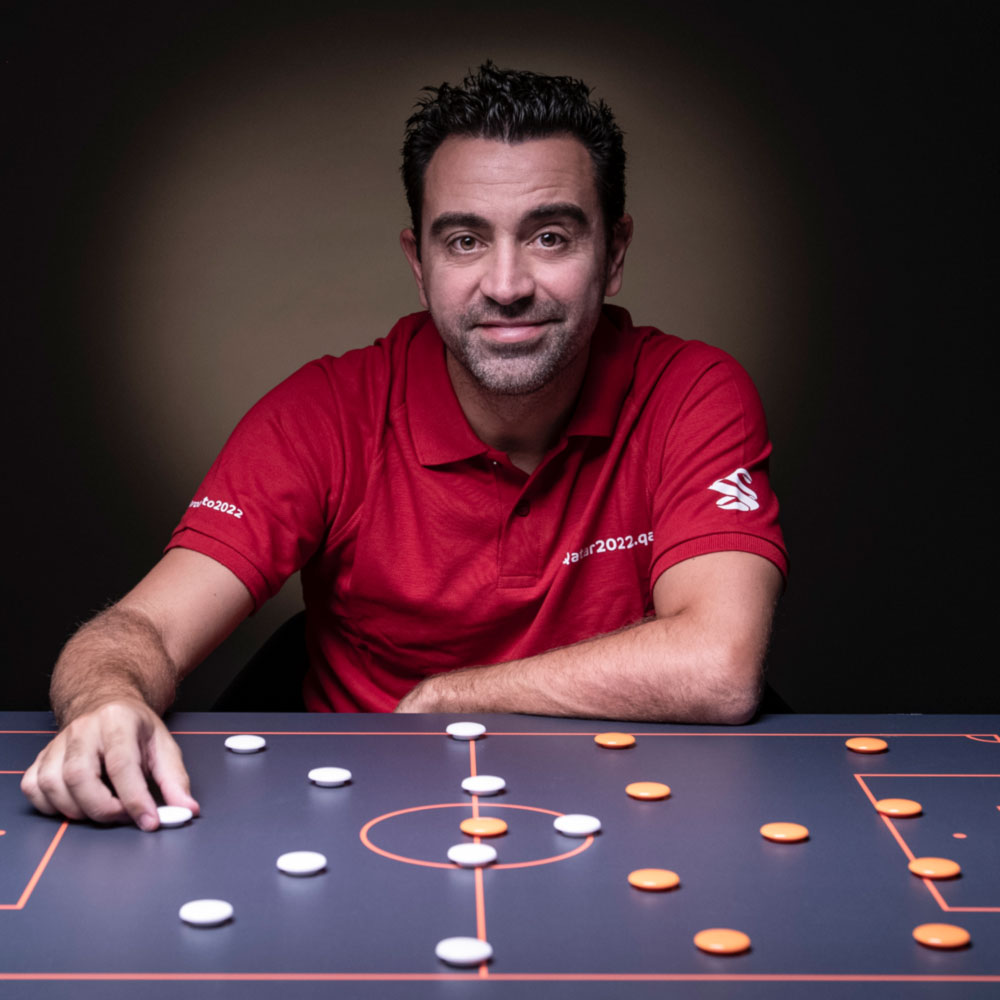 After leaving Barcelona in the summer of 2015, midfield playmaker Xavi moved to Qatar and spent four seasons with Al Sadd SC. Upon retiring from playing in 2019, the World Cup and two-time European Championship winner took over as the club's head coach. He led them to six trophies in his first two seasons in charge, including a 14th Qatar Stars League title in 2020/21, but following Ronald Koeman's sacking in late 2021, Xavi returned to the Nou Camp to continue the exciting start he has made to his coaching career.

In the first of two Masterclass features filmed exclusively for The Coaches' Voice, Xavi gives a fascinating insight into the style of play he has looked to instil in his first job as a head coach. One of the greatest passers in the history of the game, he explains his commitment to the possession game and discusses the strategies he has employed against both a high press and, as is more often the case with Al Sadd, a deep-lying low block. He talks about the necessity of numerical superiority, both in possession and out of possession, and the importance of winning the second ball.

He also reflects on the change in mentality he has looked to develop in his players – one where they treasure the ball rather than play in fear of it.