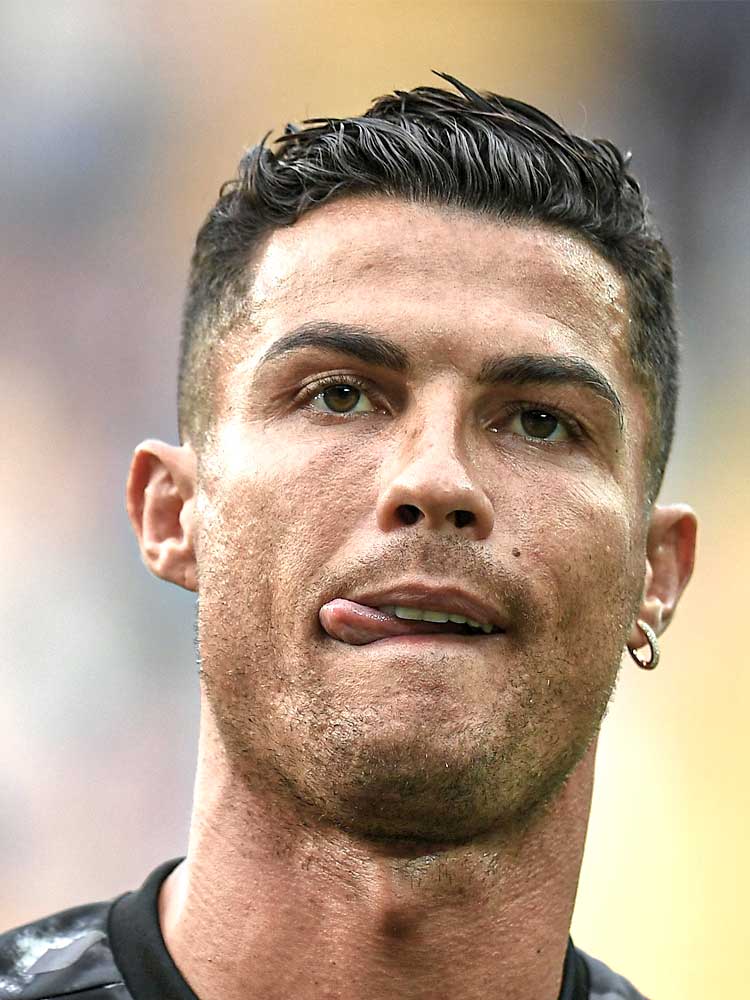 Profile
Confirmation that Cristiano Ronaldo had agreed, at the age of 36, to return to Manchester United in August 2021, 12 years after leaving the club for Real Madrid, presented Ole Gunnar Solskjaer with one of the few players capable of improving an attack in which Marcus Rashford, Anthony Martial, Edinson Cavani, Jadon Sancho and Mason Greenwood were among those already vying for selection. It was at United, often alongside Solskjaer, that Ronaldo blossomed into one of the greatest players of all time, and where he previously scored 118 goals in 292 appearances.

Recalling his first encounter with Ronaldo, as a player, the United manager said: "We saw it straight away when we played against him. Sporting Lisbon, we played against them in a pre-season tour. I was on the right, with John O'Shea. Ronaldo was on the left. He was just running circles around us." Then an out-and-out winger, Ronaldo has since transformed himself into a predatory number nine.

Tactical analysis
Beyond his remarkable professionalism, much of Ronaldo's longevity owes to his ability to adapt by operating in fewer areas of the pitch, and to the preservation of his goalscoring instinct. He regularly correctly anticipates where possession is likely to be played, even before it begins to travel, and complements that judgement with a level of concentration and speed of reaction – and a near-unrivalled single-mindedness in the final third – that also makes him effective at pursuing rebounds and second balls.

Once an out-and-out winger, Ronaldo, and not least because of the effects of age, has evolved into a predatory centre forward. Though he remains in superb condition, he is less capable of making the numerous sprints, with or without the ball, he once did. He also rarely contributes to counter attacks from deep positions; instead, his moments of explosive activity are reserved for when he is attempting to run beyond opposing defences, or to burst past an opponent when attacking one-on-one, which remains his favoured method for creating opportunities to shoot.

He, similarly, is far less involved during periods of building play and when out of possession, again so that he can preserve his energy for when the ball reaches the final third. Comparable to Luis Suárez, by starting in an offside position he discourages opponents from marking him before working to move back onside just before the ball is played (below) or by being well placed to attack on their blindside should it travel ahead of him. In either circumstance an advantage is secured over his potential direct opponent, and unnecessary running is avoided.

What has remained consistent is his ability to strike the ball and to attack aerial crosses, and his technique, timing and positional sense. He continues to prioritise attacking crosses on a defender's blindside and, instead of overpowering his opponent in the same way as so many other strikers who use their size and frame, his explosive qualities and experience so often mean him perfectly timing his run and remaining in the air to beat his opponent. If necessary, he also possesses the strength required to succeed in a direct duel.

Role at Juventus
Pirlo's predecessors Massimiliano Allegri and Maurizio Sarri used Ronaldo as either their left-sided wide forward or as their central striker, but under Pirlo he mostly featured in a front two, as he also often did under Sarri.

Álvaro Morata, on loan from Atlético Madrid and who often offers similar qualities in the final third, regularly partnered Ronaldo under Pirlo; Ronaldo adopted positions to receive in a wider area (below) and braced to support direct balls to Morata and to take advantage from the second phase; Morata also largely operated akin to a traditional striker. If Pirlo selected a front three, Ronaldo took similar positions as a narrow wide forward.

He also received possession in a wider position in the penalty area than did Morata, owing to his efforts to receive on the outside shoulder of his opposing central defender. While Morata remained the focal point of direct play, Ronaldo was encouraged to receive possession and attack from a diagonal angle as he for so long has, often towards the far post. It is perhaps from towards the left inside channel that, as at Real Madrid and because of the accuracy of his strikes across goal, he is at his most lethal.

Juve potentially even possess the most aerially potent front two in Europe, but are yet to prioritise attacking with width and then crossing towards them. Ronaldo's wide positions often actually meant him contributing to the few crosses they played, and largely because of his ability to deliver – in the same way he can shoot – with both feet, whether along the ground or in the air.

If he remained wide, Ronaldo was often overlapped by a wing-back or full-back, and Morata, who remained the Portuguese's target, was instead supported by an advancing central midfielder. He therefore played the ball from a narrow position, and one that meant that there remained occasions when he could instead shoot.

Though they represent Juve's most consistent threat on goal, Ronaldo and Morata have so far also proved the likeliest to create goalscoring chances for their teammates. Beyond the direct balls played towards him, Morata withdrew into a deeper position to assist those running forwards from central midfield, or to play in a teammate – most commonly the explosive Ronaldo – making a run in behind. Ronaldo regardless remained Juve's chief penetrative runner, and one who only considered creating for a teammate if his hopes of scoring were untypically low.