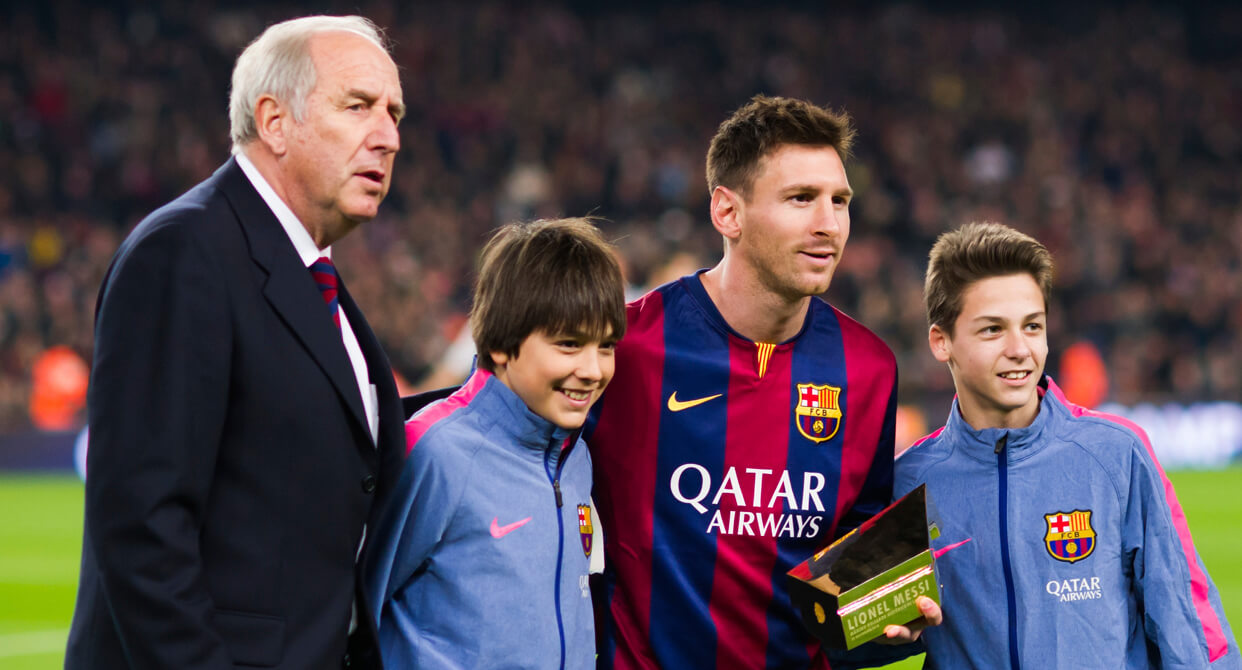 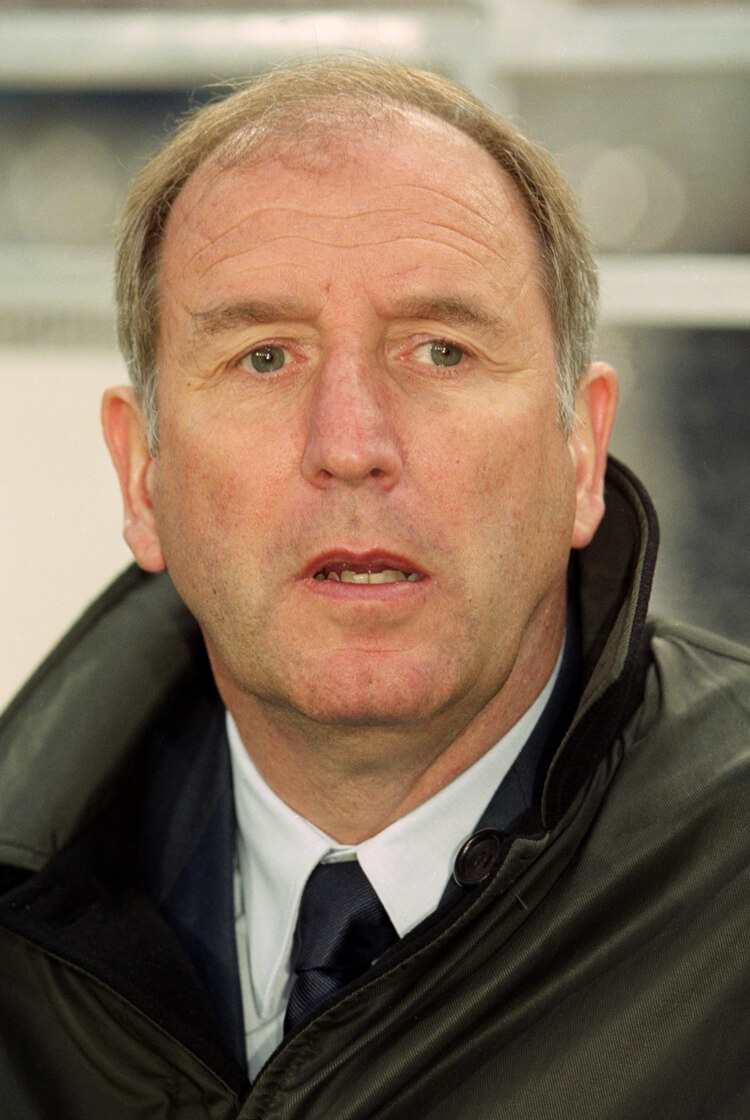 “Charly, this kid is a phenomenon. You’ve got to watch him.”

I was in Uruguay, in Montevideo, after visits to Paraguay and Brazil. I was talking to Horacio Gaggioli, an Argentinian agent who was also an expert in youth football. He had contacted me because he wanted to bring a young player to my attention.

That young player was Lionel Messi.

“I’m not going to watch him,” I told Horacio. “It is just too difficult to sign someone that young.”

There were several things that made it difficult. Messi didn’t qualify as an EU player, and it was difficult to start a file on such a young player. There was also the issue that such a young kid would only be seen as a very long-term project. And then there was his family. What would his mum and dad do in Barcelona?

But Horacio kept insisting, and finally I gave him an option.

“Let’s do this,” I told him. “The club will pay for his trip to Barcelona. Let’s have him here for two weeks with his family, and we can evaluate him. If he is as good as you say, we’ll see what we can do.”

When Messi first arrived in Barcelona, I happened to be on an international trip. As soon as I came back, I talked to the coaches who had been dealing with him, to find out what they thought.

I wanted to be direct, so I asked each one of them bluntly: “Would you sign him?”

Some of them said yes, that he was a very good player, but there was still the issue I mentioned about hiring such a young, non-EU player. On the other hand, some coaches were hesitant about his build. They didn’t think such a small, skinny player could become successful.

We couldn’t agree on what to do with him, so I decided to set up a match so I could watch him myself and make a decision. It was a tricky match, because we had him play against kids who were two years older than him, just to stretch his skills. To see if he was up to the challenge.

“Off the pitch, he was shy and quiet. On it, he was someone else. He was born to win”

The game was at 5pm on a weekday. I made it to the field at five sharp. You had to access the field from a corner, and just as I got there the referee blew the whistle to signal the start of the game. As I walked to the bench, I watched the game. I watched him play with every step I took. By the time I got to the bench, I had one message for my assistants: “We have to sign him.”

It took me five minutes – the same time it took me to walk from the corner flag to the bench – to realise that, unless something weird happened, he was going to be a top-class player. I had been involved with football for many years, and had had the opportunity to watch many brilliant young players – but Messi was completely different to everyone else.

I had never seen anything like it. He did incredible things for a kid his age – the same things he still does match after match now, but at that size.

He was not only a spectacular player, but he managed to have the ball continuously. Other kids at the same age play well, but they only make contact with the ball at certain times, when it comes to them. But Messi had the ball all the time. If he lost it, he would pressure the player who took it from him until he had it back. And he was doing that against players much older and much taller than him.

Once he was on the pitch, he just transformed. Off it, he was shy and quiet. But when he was playing, he was someone else. Born to win. Brave. Outstanding.

After that, there were a few complicated weeks. Personally, and this often happens when you have such a great young talent in your hands, I was afraid. Afraid that we wouldn’t manage to keep such a player with us.

“Neither he nor his dad were comfortable playing only friendlies. They were getting tired of waiting”

I also called the club’s president, Joan Gaspart (below).

“Don’t bother me!” he exclaimed when I told him we wanted to sign Messi. “He is only 13. Who in the world is going to remember us in eight or 10 years, when he’s playing in the first team?”

Seeing things in perspective now, you might be surprised by his reaction. But it is normal, because when you preside over a club as great as Barcelona it is not easy to think so long-term. You think about the day-to-day stuff, you make short and medium-term decisions; you never think about what might happen in eight years.

In the meantime, we had to work through the bureaucracy, for want of a better word. We were greatly assisted by Joan Lacueva, from the executive board. He was great at doing his job and he made the effort to make it feasible to sign him.

We had Messi play with several of the youth teams. The A and B teams, and occasionally the C team. Always friendly matches, because we couldn’t include him in any official competition. But neither he nor his dad were comfortable in those circumstances. They were getting tired of waiting. Additionally, Messi had been injured by then. He broke his fibula, and he couldn’t play for two months. That is a difficult situation for anyone, but even more so for a kid.

Being in another country, in a different city, away from the people close to you (his mum had gone back to Argentina), without your friends – and, on top of everything, you can’t even play football.

“We were aware the piece of paper was worthless, but it made clear my commitment – I wasn’t going to be the fool who let him go”

One day, his dad called me over the phone: “What are we going to do? My son and I are not going to be messed about. If we don’t settle this soon, we’ll go back to Argentina.”

His irritation was mostly justified. He told me they had been to the club many times, but they were always asked to come back the next day.

So I had a meeting with him and Horacio, who was representing the Messi family, at a well-known tennis club in Barcelona that was run by Josep María Minguella – another agent, with whom I have a great relationship. And it was there, as we were talking, that I asked the waiter for a piece of paper, and I ended up writing on a napkin.

“In Barcelona, on December 14 2000, with Mr Minguella and Horacio as witnesses, I Carlos Rexach, director of football at Barcelona, commit to sign under my responsibility, and despite some contrary opinions, the player Lionel Messi, as long as we stick to the sums that we have agreed.”

We were aware that piece of paper was worthless, that it did not have legal weight, but I made clear my commitment, as Barcelona’s football director, to sign him. In a way, it was also a relief for me. Messi’s situation wasn’t easy, but at least with that piece of paper there was proof that, if Messi ended up succeeding somewhere else, I wasn’t the fool who had let him go.

Happily, we managed to sign him. It was difficult and it took quite some time, but when we finally did I had no doubt in my mind that we had signed the best player in the history of Barcelona.

After that I became the head coach (2001-02) and then moved into other departments at the club, but I always kept an eye on his development through the youth teams. Jordi Roura was the first one to coach him. “Messi is incredible,” he would tell me.

Tito Vilanova (above) also had him. I remember a conversation with him, just when Messi had started in the cadet squad, alongside players like Gerard Piqué, Cesc Fábregas and many other young talents. One day, he called me and said: “Charly, there is a spectacular kid in the team.”

He didn’t have to say anything else.

“This was a Barcelona team with players like Ronaldinho, but Messi didn’t care – he asked for the ball from the very beginning”

It was the same with every coach he had throughout his Barcelona Academy years, and then into the first team. Pep Guardiola, Frank Rijkaard, Tito, Luis Enrique, Tata Martino. All of them consider him to be a player from another world.

When he made his first-team debut, under Rijkaard, I was very happy. In that game, he was the same player I had seen for the first time in that game I set up with the kids who were older than him, to see if he was up to playing for Barcelona. Usually, when an academy player makes his way through the first team, he can be shy. They can struggle a bit to show their worth.

But not him. He asked for the ball from the very beginning. And this was a Barcelona team with players like Ronaldinho. But Messi didn’t care about that. In fact, it was Ronaldinho who gave him the assist to score his first goal.

Messi is happy when he is playing football. I haven’t spoken to him about what happened last summer, and his supposed desire to leave the club. But it was a year to be forgotten on every level, and that has probably affected him too. I feel that he is going to stay at Barcelona. The only thing he needs is a team capable of winning, and he will do the rest. It is the way it has always been.

It is funny, because a lot of people think I discovered him. But, as I always say, I didn’t discover Messi. Messi discovered himself. On his own.

All I did was make the decision to sign him.

Mind you, it was the best decision I ever made in my life.