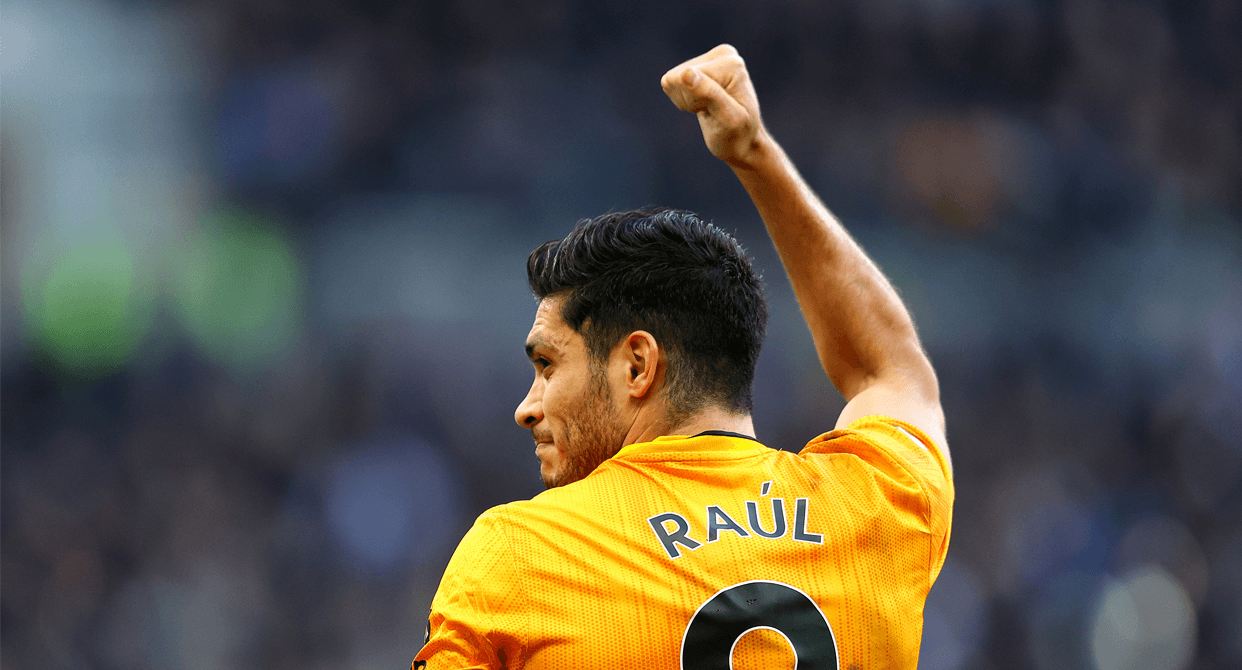 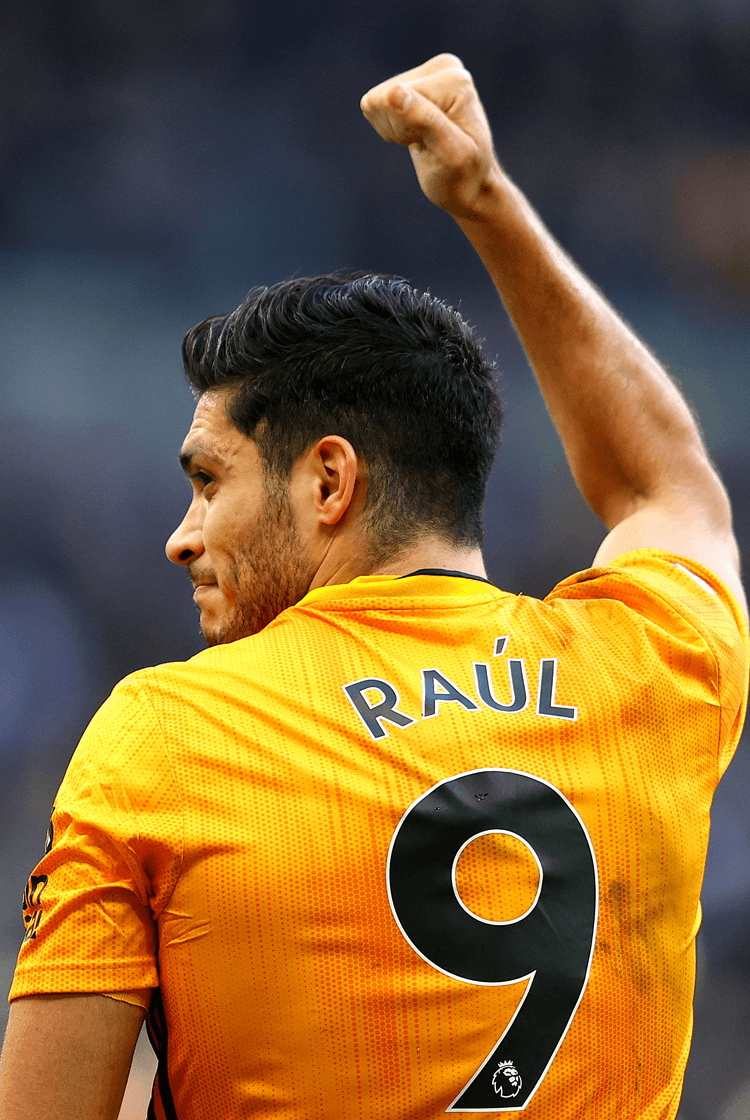 Profile
Wolves needed less than a full season to be so convinced by Raúl Jiménez that they were willing to make him their club record signing for a fee of £30m when in April 2019 they exercised an option they had agreed with Benfica when loaning the striker from them the previous summer. His understanding with central midfielders Rúben Neves and Joao Moutinho, and his familiarity with their favoured 3-4-3 and 3-5-2 formations, has been crucial in them becoming so strong a Premier League team since their promotion in 2018.

"He has been working very hard and he is a special player," Wolves manager Nuno Espírito Santo said when discussing his leading striker. "His motivation is to improve, he has broken the club record (for most goals in a Premier League season) and he is challenging himself again and again every day."

Tactical analysis
Jiménez's movement is a particular strength. Wolves often build around their opponents' shape and, once they progress into the final third, their Mexican striker makes darting runs away from the relevant central defender and into space. Once there he is as capable of finishing first time and from close range as he is while moving away from goal (below) and timing his movements; in contrast to so many rivals he can also offer a fine variety of finish, making him a threat from different deliveries.

He regularly waits until a teammate has advanced into the penalty area, or beaten their opponent one-on-one, before making those movements. Until that point he will even often remain almost static.

That he also poses a powerful aerial threat (below), and enhances that threat with his subtle movements to create the spaces he relishes, furthers his ability to score from those different deliveries. He doesn't require a significant run up to attack crosses because his leap, even from a standing start, so often contributes to him winning the first contact, both during open play and at set-pieces; at the latter he is also even used to provide flick-ons across goal towards his teammates.

His 6ft 3ins frame contributes to the power he generates when heading the ball, even if directly competing with an opposing central defender. He, similarly, can also hold his run to encourage opposing defenders to retreat, and then attack the incoming cross from a withdrawn position.

Jiménez is also fast and, particularly during transitions, possesses the ability to beat opponents one-on-one. Quick touches, when moving the ball from one foot to the other in tight spaces, are a regular trait.

If instead advancing towards the left he becomes more creative. When advancing in central territory or towards the right he favours supporting the relevant teammate, and then attempting to finish their attack.

Role at Wolves
Espírito Santo's increasing preference for an asymmetrical 3-4-3, when Wolves had previously more commonly used a 3-5-2, means that Wolves offer a further attacker in a central position around Jiménez, meaning he has less need to withdraw to receive possession and to link play. It also contributes to less attention from central defenders when in the final third – Wolves' front three are capable of advancing as a trio, and therefore offering an increased threat, when that additional attacker had previously come from central midfield.

That so many of his goals come from inside the penalty area, and often from within the six-yard box, demonstrates that he is remaining in advanced, central positions for lengthier periods. Complemented by the significant pace offered by Adama Traoré and Nélson Semedo, Wolves are increasingly potent in the final third. Traoré, particularly, responds to Jiménez's movements by operating wider if the striker remains central, or by drifting inside if he is attacking towards the left (above).

The links offered by Wolves' wide forwards and wing-backs contribute to the improving openings Jiménez is able to attack. Towards the left Daniel Podence commonly remains within the inside channel, closer to Jiménez and providing central runs ahead of the Mexican; Jonny Castro Otto overlaps to provide their attacking width after advancing as their left wing-back.

Traoré prioritises advancing around the outside of his opposing full-back, attacking one-on-one with pace, and bursting in behind on the break with diagonal runs inside from a wider starting position, often because the links with Jiménez encourage him to do so. That Semedo and Traoré can both attack both inside or by remaining wide, when from the left Podence repeatedly moves inside, offers them that assymmetrical shape.