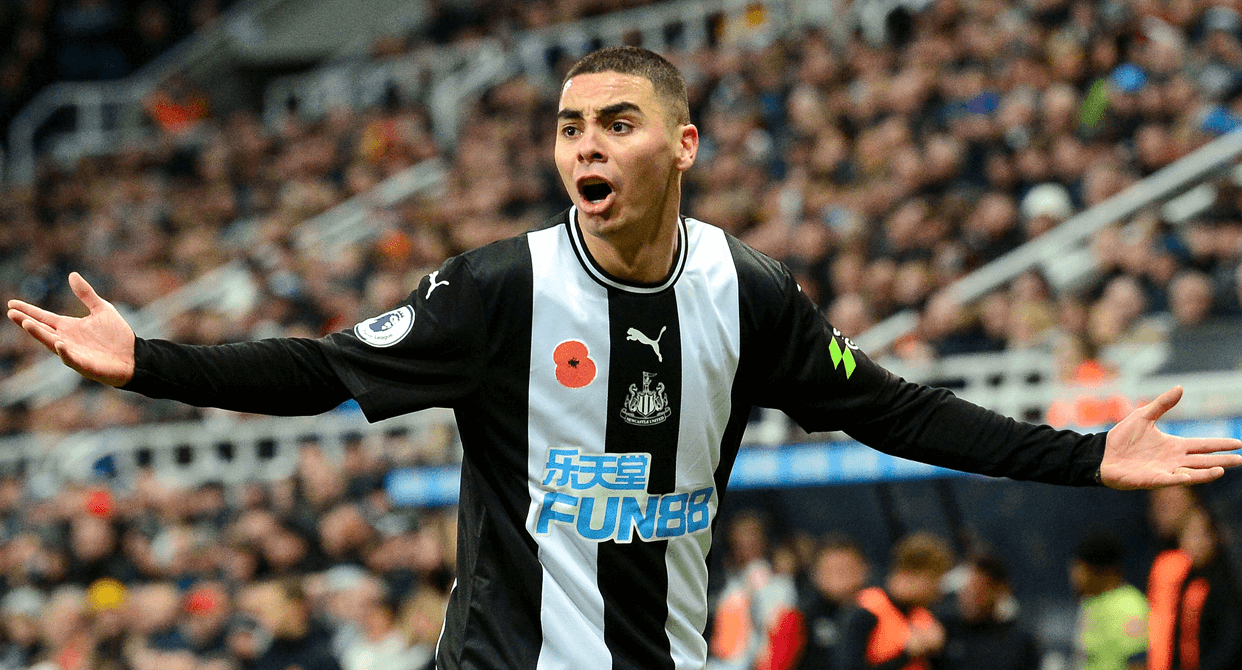 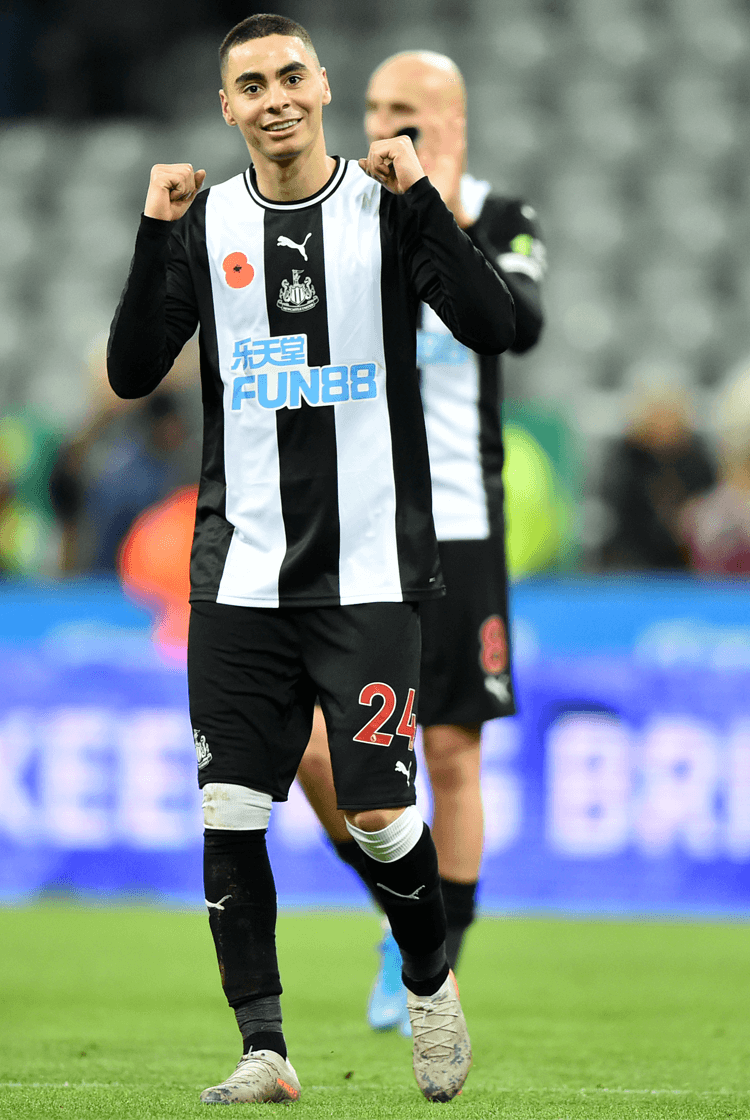 Profile
Newcastle and their respected then-manager Rafael Benítez broke a club transfer record that had stood for almost 14 years, since the £16m Michael Owen arrived from Real Madrid, to recruit Miguel Almirón for £20m from Atlanta United of MLS. The Paraguay international made a promising start to his career in the Premier League, contributing to Newcastle's promising conclusion to 2018/19, but Benítez's departure and the appointment of Steve Bruce as his successor has contributed to a change in the demands placed upon him.

Where he was once so effectively supporting Salomón Rondón, their lone striker, he is attempting to build an understanding with Joelinton – who at £40m succeeded him as Newcastle's record signing – within a significantly different team. The demonstrations of Almirón's abilities in his first few months at the club had contributed to hopes he would emerge as their most influential player throughout 2019/20, but if he was previously ready to continue impressing, he has had to adjust to the approach being applied by Bruce.

Almirón may yet do exactly that as he continues to settle in England – some of the Premier League's finest imports have also required more than a year before performing to their best – and it should not be overlooked that he is featuring alongside teammates who have even less experience of English football. Inspiring his finest form could even make or break Newcastle's season.

Tactical analysis
Almirón has consistently demonstrated his versatility within an attack. Prior to joining Newcastle, with Atlanta, he was used as number 10, as a secondary striker, and on the left of a three-strong central midfield. His ability to receive possession under pressure is a particular strength, and something Atlanta regularly relied upon. Often drifting to the ball-carrier, his explosiveness contributed to him losing markers with his first touch and then attacking into the space he had just vacated.

If in an advanced position as a secondary striker he uses his body to roll defenders and attack the spaces behind them (below); when adopting a deeper role within central midfield, he can quickly move possession between the lines after turning, before then playing penetrative passes to those further forward. He is similarly effective without the ball when, like so many other South American footballers, he is aggressive and works tirelessly to press and regain possession.

He is willing to chase multiple opponents, following the ball as it travels (below) – in contrast to the many attackers who press only the first pass – and, even if he doesn't always directly win possession and his pressing and harrying is more effective, his tackling and ball-winning skills also show promise. These traits would have influenced Benítez's desire to sign him; Almirón is particularly effective for a team that prioritises transitions, and looks to quickly and directly attack from a mid-block; his efforts contributed to regains at Atlanta, which in turn led to quick and effective counters.

Another familiar trait is his vertical passing after regains in advanced territory – even if he can effectively carry possession, his awareness means he recognises when to instead release a teammate – but his right foot still needs to improve. His left foot is impressively strong, but the predictability that sometimes leads to can contribute to losses of possession, particularly after regains. He also therefore struggles to naturally turn in both directions which, against competent defenders, means he can often be forced on to his unfavoured right.

Role at Newcastle
When he first arrived in England, Almirón played as one of two numbers 10 supporting Rondon, their lone striker. Until then Rondon had often looked isolated, owing to a lack of a quality link into the final third. Almirón offers the ability to dribble and attack with the ball (below), to orchestrate play with incisive forward passing, and to create quick combinations in restricted spaces.

His presence may even have contributed to Newcastle's willingness to sell Ayoze Pérez to Leicester. Pérez's qualities, unlike Almirón's, are similar to those that can be found elsewhere within Bruce's squad; it is Almirón who provides the variety they had previously missed. The energy with which he presses has also been a positive, because that willingness to press across central areas rushes opposing build-ups and, if a regain does not follow, possession is often forced backwards, inviting his teammates to recover their position and reorganise – a particular strength when adopting a mid-block.

Similarly to Benítez, though perhaps for different reasons, Bruce also continues to experiment with his team's shape. When Almirón has been given a wider role he has struggled and, similarly to Rondon in 2018/19, Joelinton has been isolated. He has also been forced onto his weaker right foot, by opposing defenders, and most commonly when outside of the penalty area, from where he is unwilling to shoot with it.

It is with a 4-2-3-1, built on Almirón playing as the number 10, that he has showed the greatest potential. When fluidly rotating ahead of possession, behind lone striker Joelinton and between two advanced midfielders – Allan Saint-Maximin is quickly improving as one of those two – Almirón and Joelinton have produced their most impressive performances. Newcastle's supporters have also struggled for a talismanic figure since Andy Carroll first left for Liverpool in 2011. If Almirón performs as he can he may prove as popular as once did Carroll.