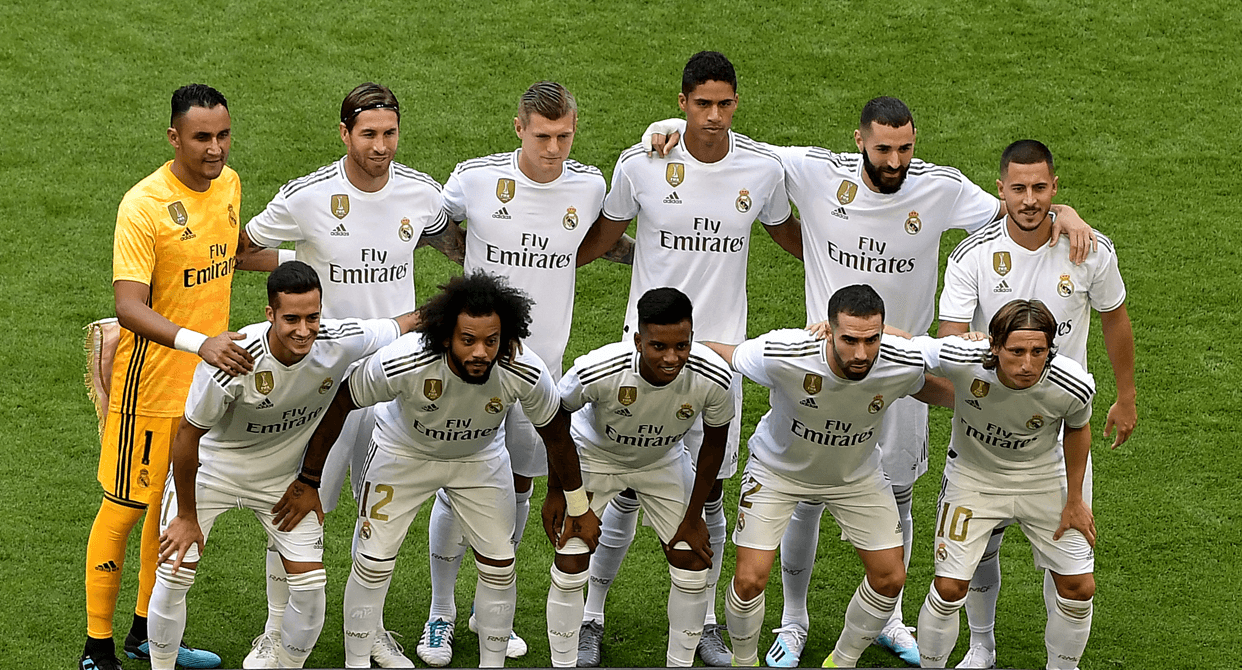 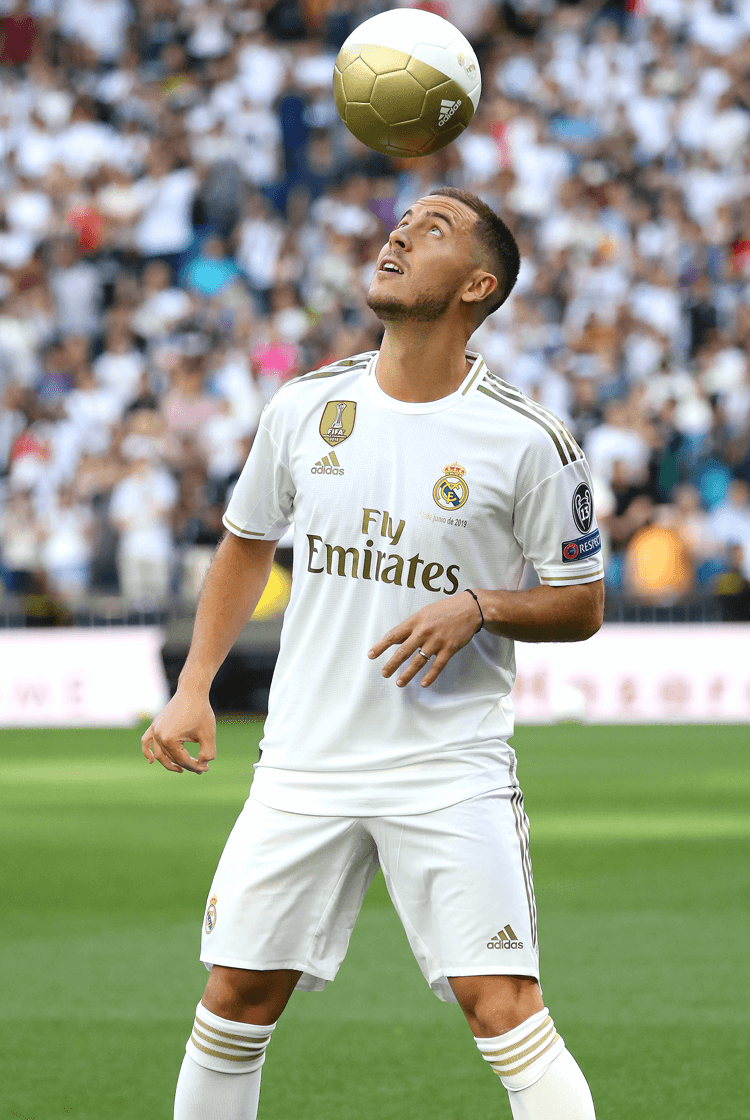 After overseeing an overhaul of the squad that once so impressively delivered three successive Champions League titles, Zinedine Zidane will be expected to transform his new team into one capable of dethroning defending La Liga champions and long-term rivals Barcelona. Eden Hazard was the highest-profile of those new signings, having widely been considered the finest player in the Premier League across his seven years at Chelsea.

Éder Militão has been recruited to strengthen an ageing defence, Luka Jovic and Ferland Mendy are expected to be respective long-term successors to the long-serving Karim Benzema and Marcelo, while Brazilian teenager Rodrygo could yet prove the most influential signing of the lot. Yet when Atlético Madrid have invested heavily in João Félix in response to Barca signing Antoine Griezmann, the question endures as to whether Real have recruited enough?

The new-look Real
Uncharacteristically, Real have invested in potential as opposed to the high-profile, glamorous individuals who long defined their Galacticos transfer policy. Barca’s recent success owes much to a similar approach – Arthur has already settled and Frenkie de Jong appears perhaps the shrewdest signing of the summer.

Defenders Militão and Mendy (above) suit Zidane’s favoured approach of having a versatile defence that can explosively advance to support attacks. Militão’s ability to play as both a full-back and central defender also encourages an improved understanding across that defence; Sergio Ramos may be in decline, but his absence was influential when Real were eliminated by Ajax from last season’s Champions League.

The 18-year-old, €45m Rodrygo (below) is, like his compatriot Vinícius Júnior, another explosive wide player capable of driving around opponents to cross, or cutting inside to combine with teammates. He increases their attacking options at a time when the departure of Cristiano Ronaldo, once their most consistent goalscorer, continues to be felt.

Even if Gareth Bale and Benzema have continued to contribute, Real have lacked the focal point Ronaldo provided as that goalscorer. When Benzema in particular drops to link play, his ability to penetrate in behind an opposition’s defence is sacrificed. Ronaldo also once offered those direct movements and the ability to poach goals; that variety is something Jovic, still only 21, will increasingly be expected to provide.

Hazard, at 28 a player at his peak, does not add that same sense of youth, but he is capable of delivering immediately – not least when a matchwinning moment is required on the grandest stages Real expect to return to.

Tactical analysis
The relationship with his supporting full-back and striker will be pivotal if Hazard is to excel. On the occasions Benzema drops to link, potentially leaving Real short of a presence to penetrate in behind an opposition's defence, Hazard is as capable of being that direct runner in behind as he is of being the creative spark who plays his forward in with delicate through balls.

That Mendy and Marcelo naturally overlap from left-back will encourage the Belgian to move inside from his preferred position on that flank, where he particularly thrives when breaking the lines and linking defence to attack. One of the midfielders will naturally look to drop into a false full-back position (below) to cover the advancing left-back, often leaving single pivot Casemiro to protect the defence.

The talented Isco could also benefit from such a system, owing to the cover provided and the variety he can add between opposing lines. With Jovic stretching defences, and Benzema linking with Hazard (below) and Isco, Real would have the necessary options required to beat defensive blocks by playing either through them or around them with width.

While Benzema is expected to remain Zidane’s first-choice striker, Hazard and Jovic both offer the head coach the option of playing with a front two. Jovic possesses similar predatory instincts in the final third to those once demonstrated by Ronaldo when he was given a more central role, so Benzema would be available to drop, link and even cover for an out-of-position midfielder. Real, similarly, would be in a position to adopt a defensively solid 4-4-2, led by Jovic and Benzema on the first line of pressure.

Defensive variation
Zidane experimented with two back-three systems during Real’s pre-season preparations; the options provided by Raphaël Varane, Ramos and Militão give the manager that freedom, and the ability to increase their attacking potential without risking their defensive strength. He has used both a 3-4-3 structure, offering an enhanced attacking presence further forward, and a 3-5-2 that features an additional body in midfield and an advanced front pairing (below).

The 3-4-3 offers more fluidity and creativity in the final third, where Hazard and Isco can occupy spaces, created by the Real wing-backs, between the opposing full-backs and central defenders – albeit at the risk of leaving the two central midfielders under pressure. The alternative 3-5-2 shape offers improved dynamism and variety when building in central midfield, and an emphasis on offering support into the final third, ultimately contributing to extended periods of possession.

Given that one shape can relatively easily transform into the other, once in the opposition half that 3-5-2 can become the more attacking 3-4-3, in which the wing-backs’ attacking instincts offer a further option. From that position, they are able to penetrate inside and rotate with a wide-moving forward into the penalty area.

If Real are to truly move on from that Champions League-dominating team of the first Zidane era, then Hazard will need to prove as influential at the Bernabeu as he was at Stamford Bridge. Supported by new faces such as Militão, Mendy, Jovic and Rodrygo, and some more experienced names including Varane, Casemiro and Dani Carvajal, there is plenty to suggest Real can mount a serious challenge to Barcelona in La Liga, too. Make no mistake, though – after an awful campaign last time out, they really do need to.