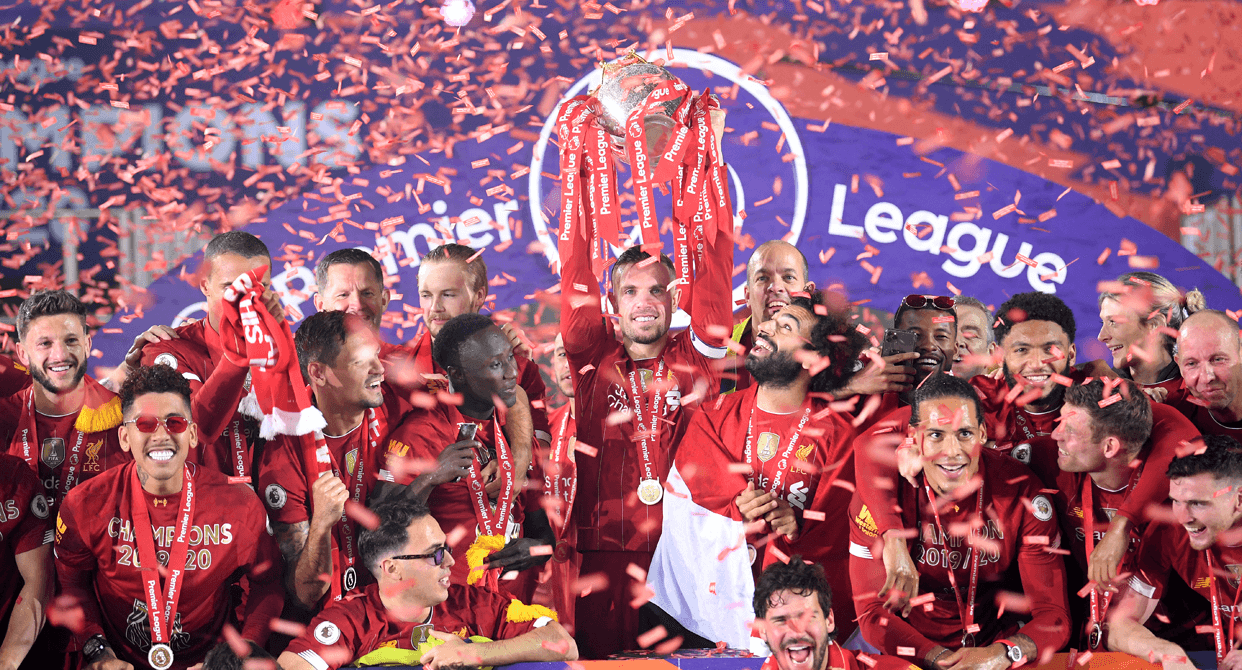 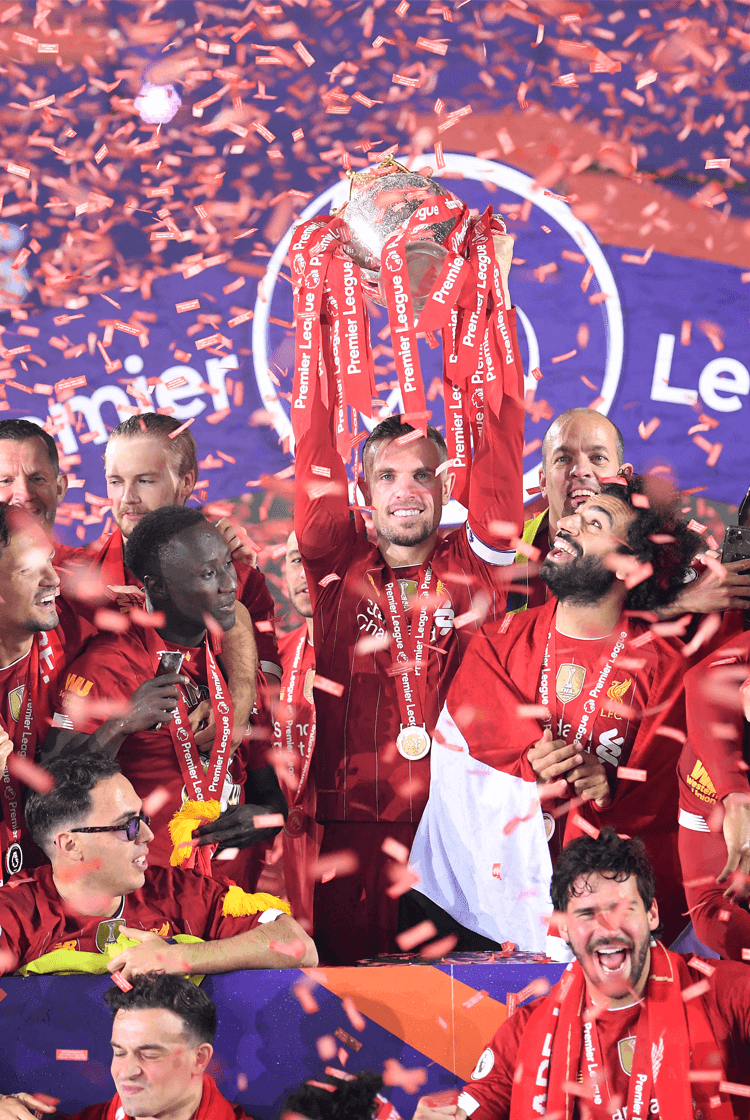 Liverpool celebrated lifting the Premier League trophy with a convincing victory that took their points tally to 96 and suggested that Naby Keïta is finally ready to consistently fulfil his potential. The midfielder gave them the lead with an explosive finish from 25 yards, before Trent Alexander-Arnold – with a curling free-kick – and Georginio Wijnaldum put them three goals up. Olivier Giroud scored on the stroke of half-time, and after Roberto Firmino restored their three-goal lead, Tammy Abraham and Christian Pulisic scored to threaten the occasion for the hosts. A further goal, from substitute Alex Oxlade-Chamberlain, finally put all three points beyond doubt. Their record of 55 from a maximum of 57 at home equalled that that Manchester United, Chelsea, and Manchester City have already previously achieved. 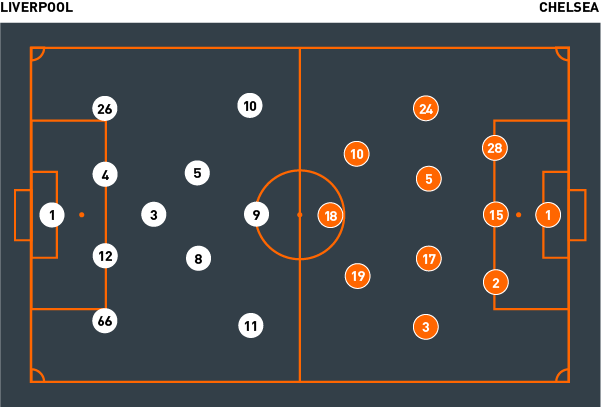 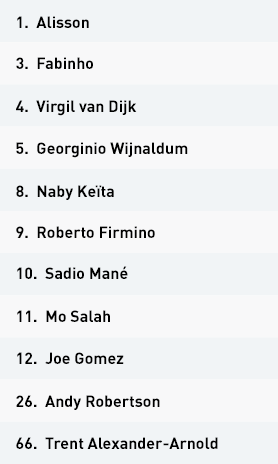 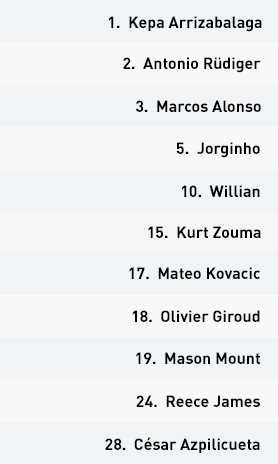 Liverpool were set up by their manager Jürgen Klopp with their favoured 4-3-3 formation in which Naby Keïta replaced the injured Jordan Henderson in midfield. Chelsea used a 5-2-3, and Reece James and Marcos Alonso featured as their wing-backs.

Liverpool made a slow start and struggled to impose themselves, partly because they found Chelsea’s defensive shape difficult to break down. Olivier Giroud pressed the in-possession central defender while trying to screen passes into Fabinho; Willian and Mason Mount then pressed the relevant full-back and Giroud withdrew to occupy Fabinho when possession travelled to the full-back. Chelsea’s two central midfielders prioritised their opposite number, and Kurt Zouma followed Roberto Firmino if the Brazilian moved in search of the ball, giving the visitors two-on-one overloads against  Liverpool’s often influential wide attackers.

Liverpool gradually and increasingly succeeded for two key reasons. Giroud couldn’t maintain the level of effort required of him, so Fabinho had greater freedom, and Liverpool increased the pace of their passing and were able to draw their opponents to one side of the pitch before switching play quickly to a full-back in space.

When this forced a defending wing-back to engage, space opened up on the inside for Liverpool to attack into. Chelsea dropped deeper, owing to Giroud’s struggles in maintaining pressure further forwards, and Virgil van Dijk and Joe Gomez were able to move out of defence and into the half-spaces. The hosts continued to attempt to draw Chelsea towards one side before playing short, sharp passes back inside and trying to find their far-side central midfielder via a diagonal pass that would break Chelsea's midfield line, with the intention of getting that midfielder on the ball in the half-space and facing forwards on the opposite side of the pitch.


The dynamic movements of Keïta and Georginio Wijnaldum were influential in Liverpool breaking beyond Chelsea’s midfield and defence. They constantly rotated with the wide attackers in front of them, troubling Chelsea's midfielders, who struggled to recognise when they should track the attacker and when they should pass them on, and therefore created gaps in Chelsea’s defensive line that contributed to the creation of goalscoring opportunities.

When those players’ rotations were vertical, a wide attacker dropped deep and the midfielder ran beyond him. When the rotation was diagonal it most commonly involved a third player – Firmino. A wide forward withdrew into a wide area, and a central midfielder made a diagonal run beyond him towards the touchline, drawing one of Chelsea’s central midfielders and providing the trigger for Firmino to drop deeper, centrally, and to receive a pass in the space vacated by the relevant opponent. Firmino could then either set the ball to Salah, or play it around the corner to Wijnaldum.

Liverpool were also able to take advantage of central overloads, and looked to Firmino’s feet; their two central midfielders were ready to receive a set pass from the Brazilian before looking to play to a teammate in a wide position. This became easier when Giroud started occupying Fabinho instead of their central defenders, who remain comfortable bringing the ball out from defence. The extent to which they progressed in central areas of the pitch was also, ultimately, complemented by their efficiency from in front of goal.

Chelsea were organised by their manager Frank Lampard into a 3-4-3 formation in which Jorginho and Matteo Kovacic featured in central midfield against the three in Liverpool's 4-3-3. They began well, and enjoyed spells of possession in the opening 15 minutes when they attempted to build from defence.

Liverpool sought to use their front three to press Chelsea’s three central defenders, and had a three-on-two overload in central midfield. Chelsea favoured using Willian and Mason Mount in the half-spaces, and preferred their wing-backs to adopt aggressive, wide positions; the positioning of their wider players created two-on-ones against Liverpool’s full-backs if Chelsea were able to break the hosts' midfield line, but they struggled to create the opportunities they could have. Fabinho's role was key when Liverpool were confronted with those two-on-ones; the three-on-two overload that existed in midfield invited Fabinho to make recovery runs when the full-back either side of him advanced.


After diagonal passes outside to their wing back or into the half-space and the relevant wide attacker, the next movement should have been an underlapping or overlapping run beyond Liverpool's defensive line by the relevant wide player, but these runs were infrequent and, when they were made, the ball wasn't played. Chelsea instead chose to move inside with possession, where they were crowded out; their execution in the final third also undermined them, and contributed to numerous goalscoring chances coming to little.

The introductions of Christian Pulisic, Tammy Abraham and Callum Hudson-Odoi made a difference to their approach play because of their willingness to run in behind. They stretched play, and Chelsea therefore became more competitive. Their longer passes became flatter, rather than clipped, because of Abraham's presence, forcing Liverpool’s defence to retreat, and creating increased spaces between defence and midfield where Pulisic relished time on the ball. The American prioritised running at opponents and taken them on, and his run before Chelsea’s second goal exposed the Premier League's best defence.