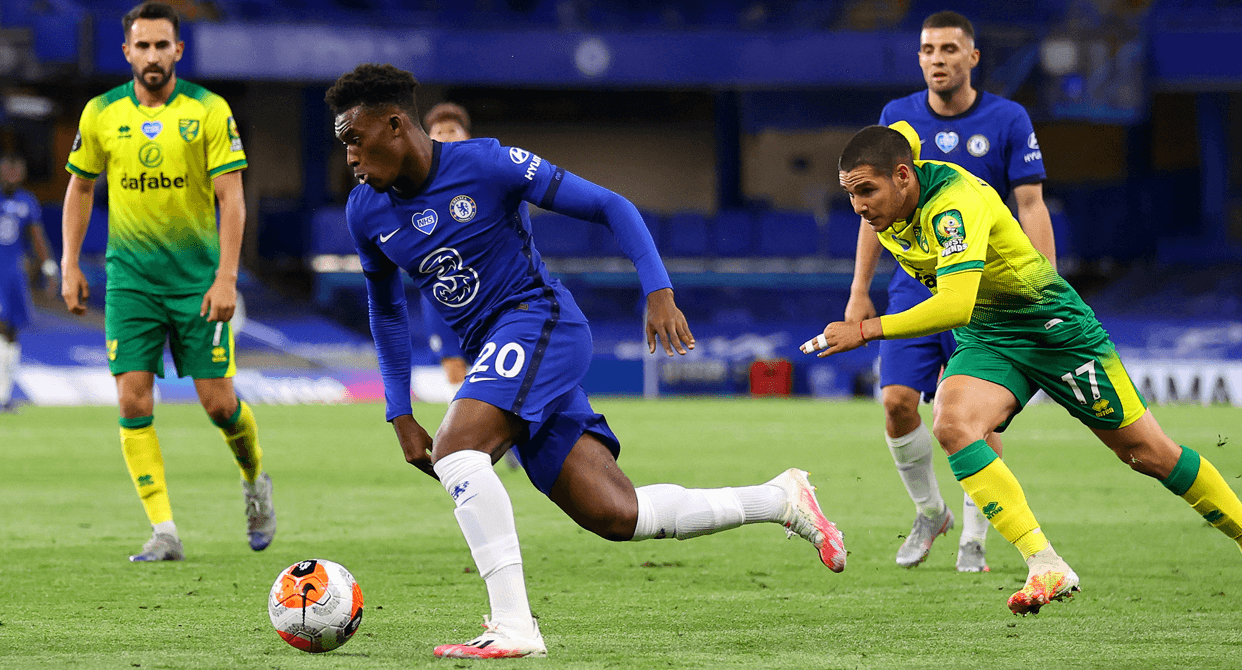 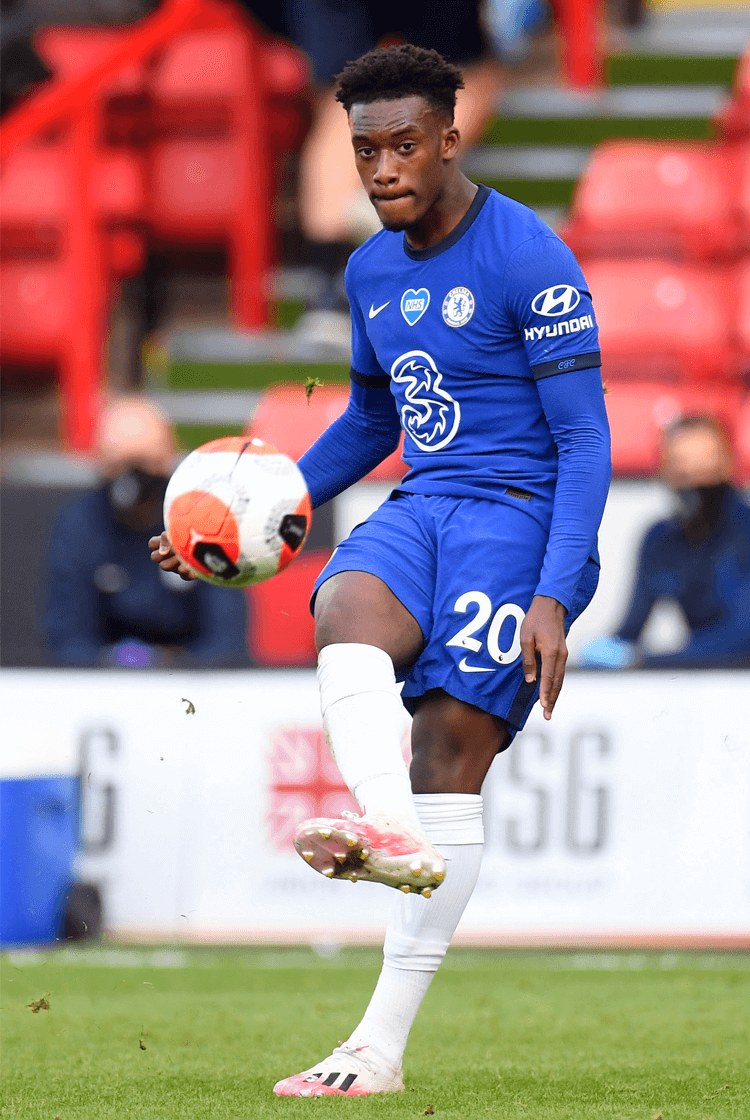 Profile
If Mason Mount has so far been considered the greatest success of the many promising young players Frank Lampard has been willing to trust at Chelsea, Callum Hudson-Odoi may remain the most talented. In March 2019 against the Czech Republic he became, aged 18 years and 135 days, the youngest player to make his England debut in a competitive fixture, breaking the record held by Duncan Edwards, who had been 48 days older, in April 1955.

At that point, under Maurizio Sarri, he remained relatively peripheral at Chelsea. But if he became more influential under Lampard, in a team in which Tammy Abraham and Fikayo Tomori also regularly appeared, the arrivals of Hakim Ziyech, Kai Havertz and Timo Werner have increased what was already the intense competition for selection that existed. After Chelsea once resisted interest in him from Bayern Munich, it could be 2020/21 that determines whether or not Hudson-Odoi has a long-term future at Stamford Bridge.

Tactical analysis
Hudson-Odoi is an attacking winger who is as capable from the left side of an attack as he is from the right and, unusually for a young player in his position, his vision and timing of release already impress. Where many of a similar profile will often favour adventurous, but ultimately unsuccessful, dribbles, Chelsea's promising winger disguises playing possession – often with a quick shift of the ball – to test defenders' ability to predict the destination of his attempted pass, therefore playing them with increased success.

Doing so contributes to him regularly using both feet – often within the same move – and invites him to attempt different angles of delivery, and into more options, something that is particularly influential when he is short of support. That relative unpredictability is complemented by his fine athleticism – his impressive speed and balance, and changes of direction – and therefore his potential when attacking one-on-one. To compare him to his smaller teammates at Stamford Bridge – Mount, and Pulisic – Hudson-Odoi is the one most capable of powering past opponents, at shielding and protecting possession, and at driving through larger spaces. Mount and Pulisic, to again compare, are likelier to use nimble footwork to advance through a small space.

It is via one-twos, and combinations with a third man, that Hudson-Odoi is likelier to succeed in those circumstances – and he possesses sufficient natural talent that his dribbling ability in those more limited spaces should continue to improve. Mo Salah, Bernardo Silva and Son Heung-min are fine examples of the most versatile wide forwards, those most capable of succeeding via combinations or individually, and of using both feet to adapt to a potential new space.

A competent finisher with his right foot, Hudson-Odoi will also need to improve his shooting technique with his left if he is to earn parity with that calibre of wide forward. He is at his most effective when he is driving inside on to his right with possession (below) and then shooting across goal, often with power and little back-lift. If he can learn to do the same with his left, he will become even more potent.

Role at Chelsea
Hudson-Odoi is demonstrating an increased awareness of his teammates' movements, and therefore of how he can combine with those around him. When supported by overlapping runs from the relevant full-back he has a reliable sense of when to release that full-back. If he is instead remaining wide, he disguises his efforts to find underlapping runs from a teammate in a more central position, encouraging them to remain in the territory in which they are more effective.

He is learning that Mount prefers to receive on the move, and to quickly combine with those around him, and therefore of the need to offer more movements - ideally towards Mount - immediately after releasing possession. When he combines with an overlapping full-back he can often remain relatively static; when combining with Abraham, instead of seeking the return pass, his priority needs to become making movements that draw opponents away from him, and playing the ball in a way that invites the striker to shoot off of his first or second touch.

It is when the left-back isn't supporting the left-sided wide attacker that Mount and Abraham – often respectively as an attacking midfielder and striker – have proved so capable of instead combining with Hudson-Odoi in the inside left channel, where they draw opponents to create spaces elsewhere that those towards the right can exploit (above).

A negative is that Mount and Abraham, fine finishers, are positioned too far from the opposition's goal, but the improvements Hudson-Odoi is showing – particularly when without support – combined with his passing ability mean his teammates can expect him to become independent enough for them to remain where they pose more of a goal threat. Given the wider expectation that Chelsea will continue to improve under Lampard, and therefore that opponents will defend against them with a low block – and potentially a back five – that independence will become increasingly influential. In those circumstances they will need an increased presence in central positions, and individuals capable of resisting those defending in numbers.