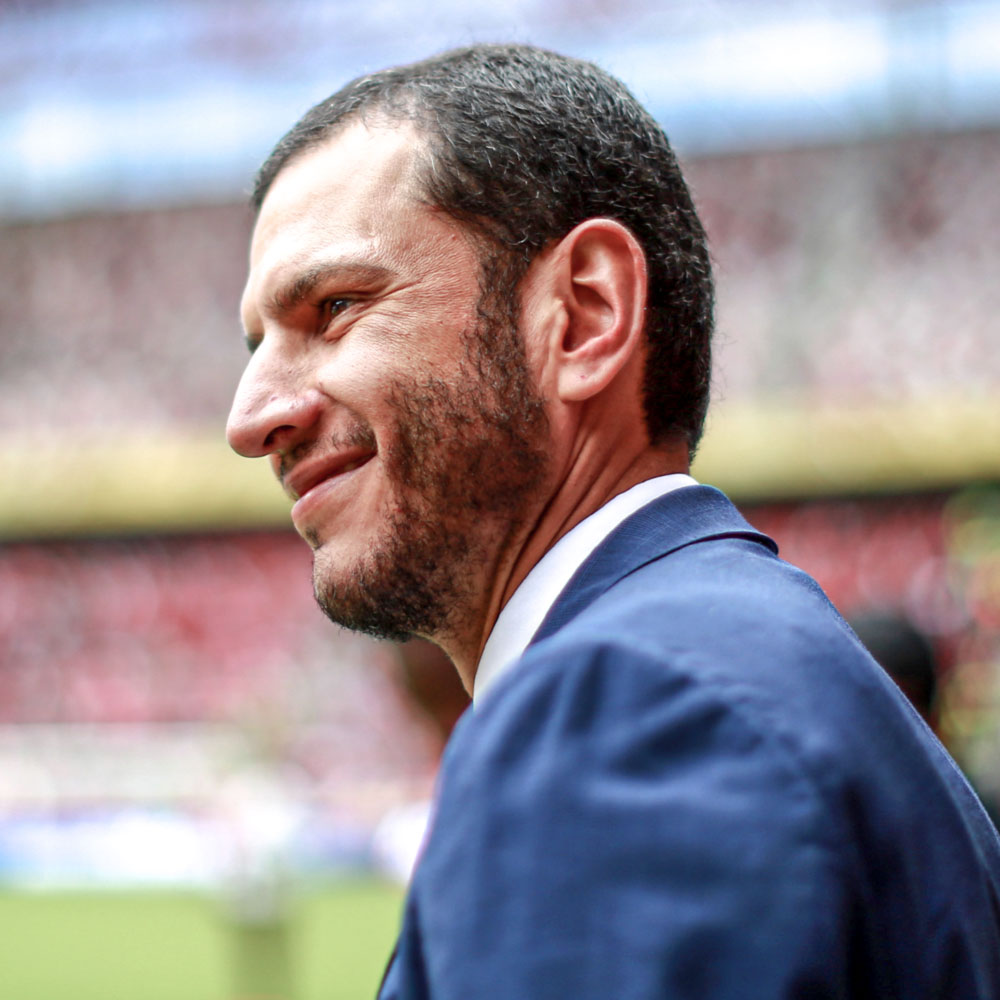 But it is also more than that. With his idea of the game, he dominates his rivals and wins titles.

I usually travel to Europe every six months. Especially to Barcelona, the city I go to most. I am a follower of positional play, and Barcelona is where it has developed the most – more recently with Guardiola, but first with Johan Cruyff.

I grew up watching Cruyff’s Barcelona. Whether you were a fan of that Barcelona team or not, it was an overwhelming side – the most beautiful thing I’ve ever seen in football. It touched me more as a kid, but now I also watch videos of Arrigo Sacchi’s Milan and it’s crazy. That someone can come up with these ideas and carry them out with such perfection is admirable. I can say the same about the Netherlands team (below) that reached the final of the 1974 World Cup: The Clockwork Orange.

It’s funny, but people remember the runners-up more than the champions – West Germany – from that World Cup. Why? Because of the same thing I was talking about earlier: emotions. That Dutch team didn’t win, but they made you stay in front of the TV. You had to watch them.

Barcelona is also a city in which I was able to add knowledge and preparation to my coaching, by studying a one-year course at the MBP School of Coaches.

Even after I got my badges, I didn’t feel I was really capable of coaching and doing a great job. I wanted to learn a lot more. I wanted to be confident in my role as a coach, and to build a working structure for this new stage of my career.

In my process as a coach, I always say that I don’t have a marked path. I make decisions as opportunities arise. It’s impossible to imagine things in advance.

"football is advancing by leaps and bounds – as a coach, you have to be at the forefront"

That’s what happened in 2013. When I retired as a footballer, I had six months left to finish my formation as a coach. I spent those six months watching football, studying and going to other colleagues’ training sessions.

I had in mind that I wanted to go to Europe for a whole year, to study and watch football. But then an opportunity came up at Pumas in Mexico City, where I started working under David Patiño with the club’s Under-20 team. Later, I worked with the Under-15 team, too.

The decision to go to Barcelona came at that time. We went to a tournament, and there I met a good friend who told me he was going to enrol in this course. I was interested in what he had told me, so I contacted a representative that this academic centre has in Mexico.

Eventually, after a five-week spell working with Eduardo de la Torre and Morelia in the 2014 Clausura, I packed my bags and went to Barcelona with my wife and two children.

As a player, I had lived alone for many years. So what matters most to me now is that my family is well, so I can evolve in the best way possible. Thankfully, they really like what I do and give me a lot of support in my work.

During my time in Barcelona, my wife would take the children to school and I rediscovered my life as a student. Every day, I spent at least five hours in class. I always had lunch with my family, and then in the afternoons I had to do coursework and homework. That was from Monday to Friday. On Saturdays we went to watch live matches, the so-called ‘practical’ classes, at different levels. Some of these games would be in La Liga.

This preparation makes you realise that your game philosophy is never an end product. You always have to make corrections, adapt or improve things. Nurture yourself with a lot of information because football, as we have seen, is advancing by leaps and bounds. A coach must be at the forefront in all aspects.

I got to learn a lot of the fundamentals, about positions, zones and different concepts. That knowledge allows you to know why to do one movement or another, how to design training sessions or structure the working weeks.

This preparation was accompanied by life coaching, something I also did in my career as a player. As a coach, I attach great importance to leadership. All this training, with everything together, makes it possible to finally develop an idea of the game.

And that brings me back to the coach whose idea I like most: Pep Guardiola.

In the end, the teams that remain in your memory for life are those that generate a unique feeling. The way that Guardiola’s teams play does that.

On another of my trips to Europe, I went to Manchester to get a closer look at the work of Guardiola and his coaching staff at City. I spent three days at the club, thanks to my relationship with his physical trainer, Lorenzo Buenaventura (above, left). He showed me around the facilities and gave me an insight into some of the work they do.

With Guardiola, it was more difficult to spend time. It was a Premier League and Champions League match week, and he always goes flat out. I identify a lot with that. When I’m focused on my work, I hardly see my children.

"to develop a unique philosophy and be dominant, you need very good footballers"

The first thing you see when you get near Guardiola’s universe is that he has had very clear ideas for a long time. Guardiola had great masters: Johan Cruyff,  Louis Van Gaal, Bobby Robson. That is of great importance for a coach. In Mexico, for example, coaches are starting to be trained at earlier stages, but we still have a long way to go. It is happening in children’s and youth football, but there are still steps to be taken at the top.

Guardiola started from a single principle: he wanted to coach. Then comes everything else. Having the talent, the knowledge, and then the empathy with the player: recognising what he needs, where you can help him to thrive and make him feel comfortable.

Each member of his coaching staff has a very defined role. When you have been with the same personnel a long time – and Guardiola has – each individual knows what is expected of him. What he needs to do.

In the end, they develop like machines – and so do the players.

All of this in order to develop a unique philosophy – but one that, I think, can be exported to other places.

It’s clear that, to achieve that and to be dominant in the game, you need very good footballers. There is no doubt about that. And there will be differences compared to what Guardiola’s teams can do, of course.

It is hard to imagine anyone doing it as wonderfully as Pep has at Barcelona, Bayern Munich or Manchester City.

But I do believe that with technically good players – and, above all, with will – you can develop that idea of the game.

A football that ignites emotions.