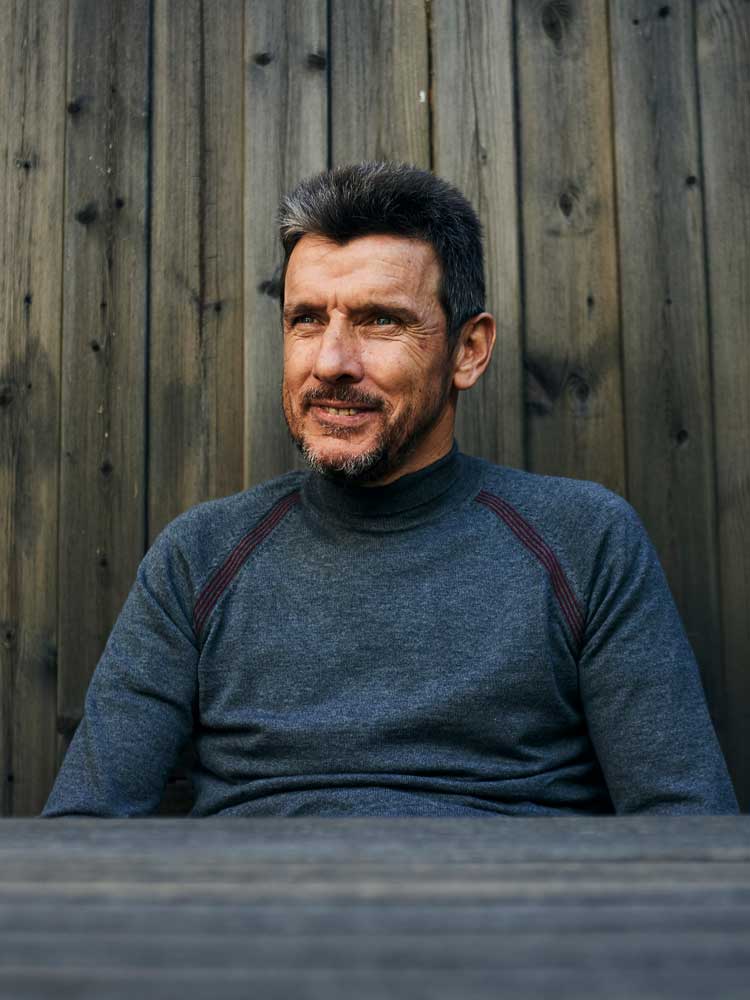 The School of Barcelona

At Barcelona, I have been lucky enough to work with Johan Cruyff, Frank Rijkaard, Pep Guardiola and Luis Enrique.

It is difficult for a coach to have had better influences in his training. Each one different from the other, but at the same time a huge tactical inspiration – especially in the attacking aspect of the game.

First there was Johan. But before I got to him, there was a curious relationship that began in my childhood.

I was the youngest of six siblings at home, and the only chance I was given to play football with them was as a goalkeeper. As time went by, I started to like the position – although I was an unorthodox goalkeeper.

I loved to run, too, so until I was 15 years old I alternated between two positions. In the more difficult games I played goalkeeper, and in the easy games as an outfielder.

That helped me not only to understand the game differently, but also to position myself differently. Nowadays you see it as normal for the goalkeeper to be positioned in relation to his team, but at that time it wasn't like that. The goalkeeper just stopped shots.

I think Cruyff signed me for Barcelona because of that. But he was also the reason I went to Barcelona.

I had the option of going to Sevilla. There was also the possibility of Real Madrid, to play alongside Paco Buyo. But when it became known that Cruyff was going to Barcelona and I heard of his interest in me, I didn't hesitate.

Although it's true that I played very little under him – mainly because of the level of Andoni Zubizarreta, and because I wasn't at his level at the time – Cruyff left his mark on me. Like all of the players who were with him.

He brought a message, and an idea of the game that was completely different to what we were used to.

All of that stayed in my head for the next few years, but it wasn't until the age of 30 onwards – I retired at 36 – that the idea of becoming a coach came to me.

My original idea was to set up a football school and to work in grassroots football. That was what I liked.

However, in 2003, a chance came along that I didn't expect. To be goalkeeping coach with Rijkaard at Barcelona.

Obviously I didn't turn it down. That was my beginning as part of a coaching staff, with the responsibility of keeping the goalkeepers at the best possible level. It was also the time at which I developed a new interest – in becoming a manager in the future.

The first few months, I'm not going to kid you, were difficult. It couldn't have been any other way. The club was coming from a difficult time – a few seasons with hardly any titles.

The feeling around us was one of sadness, but everything changed. Ronaldinho had a big influence on that.

His enormous happiness was contagious. I remember his gesture every time he scored – the one that surfers do. Then you saw everyone repeating it wherever we played.

That was the most important thing for the team – even more than the results, which were also very good. League titles arrived in 2005 and 2006, and the Champions League in 2006.

At that time, I was very different from Rijkaard as a coach. Sometimes he did things that were almost the opposite of what I thought, but I still liked what I saw.

He is someone with the greatest ability to listen and observe and, as a consequence, to make very good decisions.

"guardiola is one of those innovative people, like cruyff"

Some will tell me that this was not seen in his final two years, when the team did not achieve its objectives. For me, Frank had something in those moments that makes him stand out. He also ended up dying with his ideas – he never gave up on his beliefs.

Beyond the sporting aspect, the team struggled for a very simple reason. Winning all the time is not easy – in football, or in any sporting environment.

It was not the desired ending, but it was the one that allowed a whole series of good decisions to be made, and gave Guardiola the chance to join the club and mark a new path and history.

Pep, funnily enough, was the first one who had proposed me to be the goalkeeping coach of his coaching staff, even before Rijkaard.

"if you make the game easier for great footballers, you win"

Like Cruyff, Guardiola is one of those innovative people. He took decisions that were not easy.

Nor were they popular – for example, announcing that he would not be counting on Samuel Eto'o, Ronaldinho and Deco – but he took them based on his great knowledge of the club and the squad, and of what had to be done for the future. Time proved him completely right.

Of course, nobody was talking about winning all the titles that first year. I don't think that went through anyone's head. But there was a feeling of wanting to win, even in training matches. Such a high level of demand also gives you the chance to continually give your best.

Guardiola passed on that energy and passion – the same he continues to show every season. The players, through what Pep was transmitting and what they were capable of executing, quickly saw that they could be capable of anything.

"i went back home, but just a few months later enrique called me"

In the end, Pep was a facilitator for the players. For great footballers, if you make the game a little easier with your proposals, what happens is what occurred that season – we won everything.

In 2010, with Guardiola still at Barcelona, I made a decision. I wanted to go my own way for the first time.

Pep and the club understood it perfectly. They knew of my intentions.

My destination was Numancia, where I fulfilled my dream of becoming a first-team manager. The next step should have been Racing Santander, but a problem with the contract and disagreements with the president meant I didn't end up there.

"right from the start, luis wasn't sure that he would stay at roma"

After that I decided to stop. I hadn't stopped for 25 years – I’d had no time to be with my family.

I went back home, but just a few months later I got the call from Luis Enrique.

The first idea was to work with him at Roma in Italy. Right from the start of the conversation, though, he told me he wasn't sure if he would stay at the club for a second year.

I thought about it for a few days at home with the family. The decision was very clear.

I am a person who likes new challenges, and because of our friendship I knew we could make it work, but because Luis decided not to continue that didn't happen.

Instead, during that time without working, we dedicated ourselves to our hobbies – among them cycling. We did some really crazy things on the bike, like racing the Cape Epic in South Africa. Eight days on the bike, with all kinds of weather and different situations to overcome.

Obviously there are very extreme moods, and sometimes ones that are very different from each other. But that was like a litmus test to see that we could work perfectly together.

We did. First at Celta Vigo, and then at Barcelona. It was a team with Leo Messi, Neymar and Luis Suárez among other great players.

As Cruyff said: "Sometimes it's difficult to have more than one cockerel." At that time, there were three. But it worked, starting with the three of them being clear about who the rooster was.

They realised that, together, they could fight for everything, and that together they made each other better. Along with the rest of the team, they again achieved something that has so far only happened twice in the club's history – winning that magnificent treble in 2015.

This time, it was different to the one I won as goalkeeping coach with Guardiola. Luis gave me several responsibilities – especially set-pieces.

That last step with Luis completed my training for restarting my journey as a first-team coach – a journey on which I carry the broad concepts I learned from several truly unique coaches.