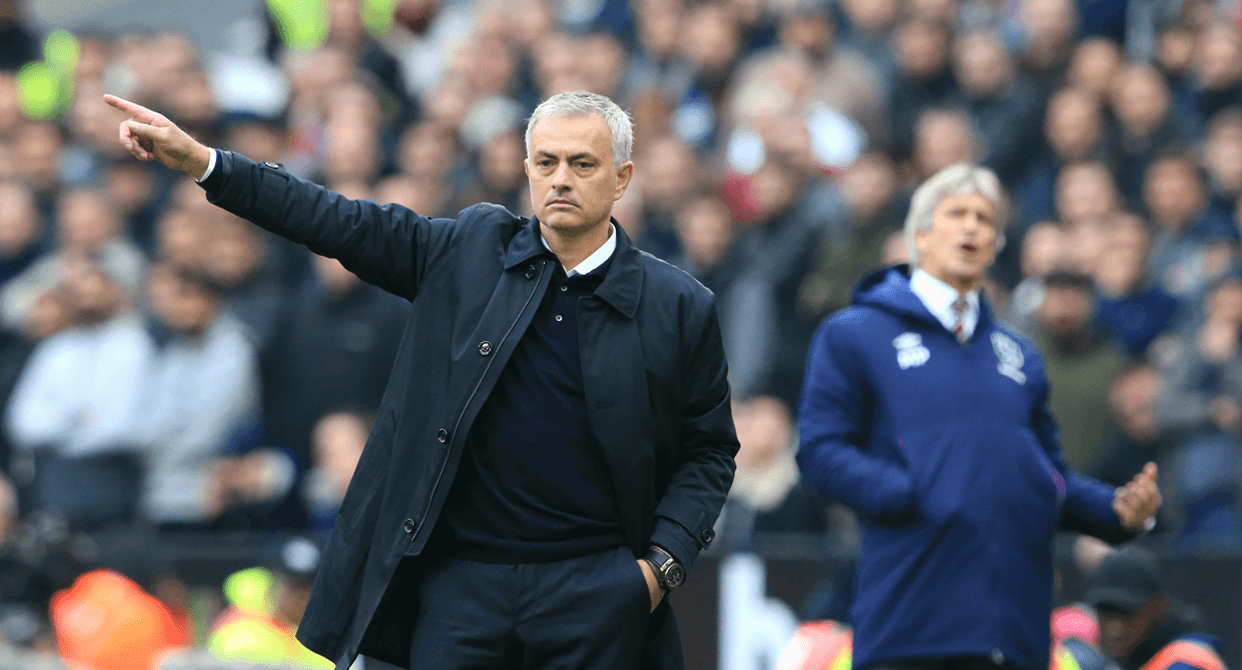 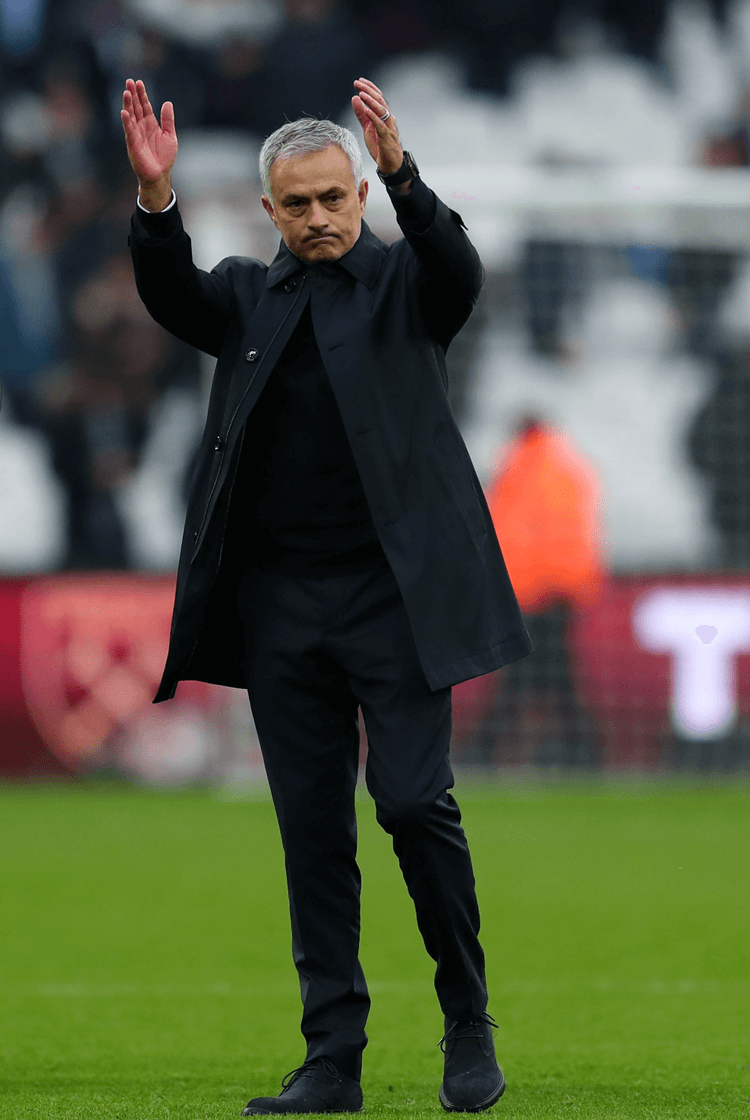 José Mourinho enjoyed a successful start to his reign as the successor to Mauricio Pochettino at Tottenham when his new team won at West Ham. Elsewhere in London, Spurs' rivals Arsenal again dropped points, this time against relegation-threatened Southampton. Further south, meanwhile, Leicester and Wolves secured excellent respective away wins at Brighton and Bournemouth. Here, the experts at The Coaches’ Voice reflect on the tactical stories that underpinned each game.

West Ham 2-3 Tottenham
Mourinho organised Tottenham into a 4-2-3-1 formation, but they adopted a back three during build-ups from deeper territory, to increase their attacking options. Serge Aurier advanced from right-back as Spurs instead played with a 3-2-4-1 (below); the double pivot provided by Eric Dier and Harry Winks protected their defence and encouraged penetrations in central areas around the single pivot of Declan Rice.

Harry Kane threatened on the shoulders of the hosts' defenders; Aurier provided width on the right, Son Heung-min on the left, and Lucas Moura moved infield to attack through the right inside channel as Dele Alli moved to the left of Rice to combine with Son. That attack, capitalising on the lack of compactness within West Ham's defensive block, was impressively fluid.

Kane and Alli rotated, drawing their opposing defenders and increasing their chances of playing between the lines. Son and Moura provided a further threat, through making diagonal runs in behind that same defence, ultimately offering Alli multiple options around Rice in his attempts to link Spurs' double pivot to their attack. The hosts' two late goals, and therefore the final scoreline, ultimately flattered them.

Arsenal 2-2 Southampton
Unai Emery will likely feel under further pressure, after his structural changes unintentionally encouraged Southampton's dominance. Had the visitors been more clinical in the final third, they would have left with three valuable points.

Arsenal started with a 5-3-2 that largely ensured Southampton were limited to shooting from distance. The double pivot provided by Lucas Torreira and Mattéo Guendouzi offered support and cover around wing-backs Hector Bellerin and Kieran Tierney, and the additional central defender helped to protect the spaces that existed in central positions. When, in an attempt to make his team more attacking, Calum Chambers was replaced by Nicolas Pépé at half-time, Emery also reorganised his team into a 4-2-3-1.

They thereafter struggled with a lack of cohesion and compactness between their attack and full-backs, and the reduced numbers they had in defence encouraged Southampton to repeatedly attack from their 4-4-2 (above). Emery responded again by adopting a back three, but they continued to struggled to defend, and to the extent that in stoppage time their visitors had more chances than they may get in many 90-minute matches. Individual errors, combined with penetrative attacks, put runners into spaces around the three defenders who were partly exposed by the lack of cover offered by their wing-backs.

Bournemouth 1-2 Wolves
Nuno Espirito Santo's Wolves capitalised on Bournemouth being reduced to 10 men, and twice scored from effective set-pieces, to create a commanding lead by half-time. Eddie Howe had attempted to mirror the visitors' 3-4-3 shape, but Simon Francis' dismissal contributed to him introducing Jefferson Lerma and Arnaut Danjuma for the second half, and the hosts reorganising into a 4-2-3.

They built around the numbers Wolves had in central areas. Callum Wilson played between the lines, and was supported by Ryan Fraser and Danjuma, who attacked both the wider areas and inside channels but were too often isolated in doing so. When Bournemouth's full-backs advanced to support potential attacks, spaces were created for Wolves to counter into, so they invited their hosts to carry possession forwards.

Espirito Santo's team also retained a reliable mid-block and a numerical advantage. Diogo Jota's advancing position on the left of their attack capitalised on Adam Smith moving forwards from right-back, and the combination of that with João Moutinho's incisive passing from central midfield (above) offered significant potential.

Brighton 0-2 Leicester
Visitors Leicester produced a performance almost as impressive as the one that inspired their 9-0 victory at Southampton, even if they did not win by as wide a scoreline. They enjoyed sustained spells of possession from early on; Jamie Vardy's willing running created spaces in central areas for wingers Harvey Barnes and Ayoze Pérez to pursue from their wide starting positions (below).

One or both of Leicester's attacking midfielders James Maddison and Youri Tielemans also supported those attacks, contributing to penetrations through Brighton's 4-1-4-1 mid-block. Vardy's movements away from goal were the first key action in that process; he then showed his strength to shield possession from Brighton's imposing central defenders, and the guile to link with those running around him.

If he also threatened by occasionally remaining between those central defenders and making forward runs, those forward runs became more consistent when Graham Potter's team attempted to impose themselves in more advanced territory during the second half. Most commonly supported by Pérez, Vardy's runs inside Dan Burns, combined with his ability to compete with and unsettle his opponents, and his selflessness, were increasingly influential. He ultimately created goalscoring chances for both Maddison and Pérez, when they perhaps should have scored.