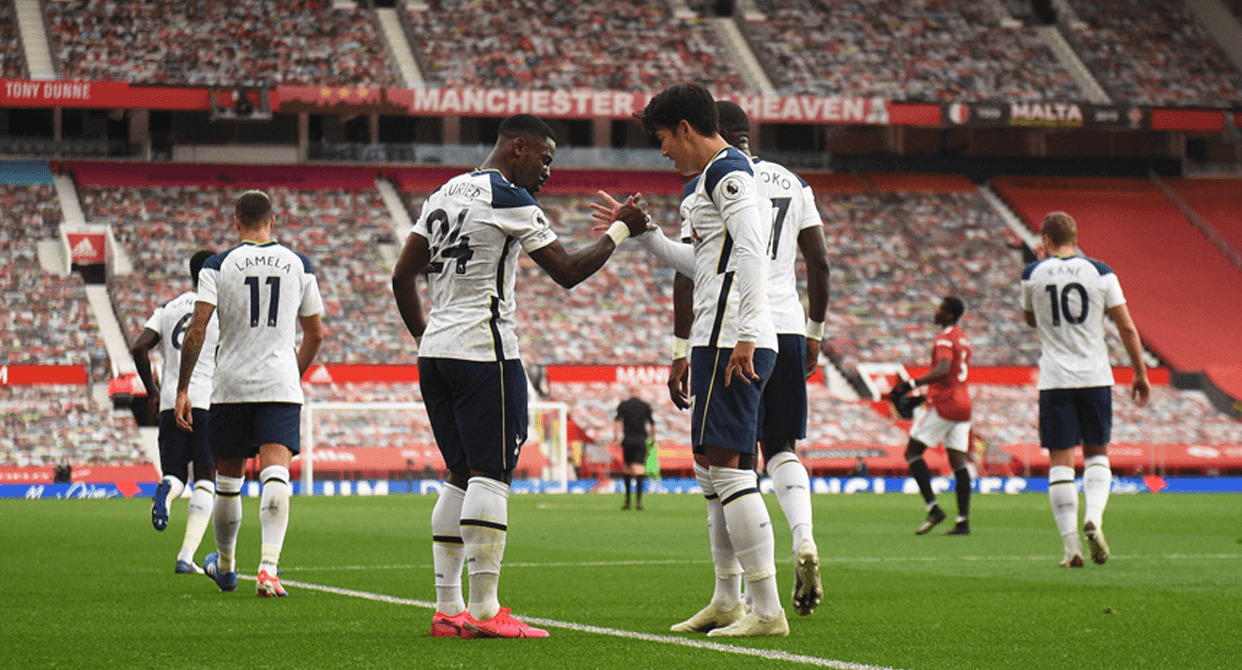 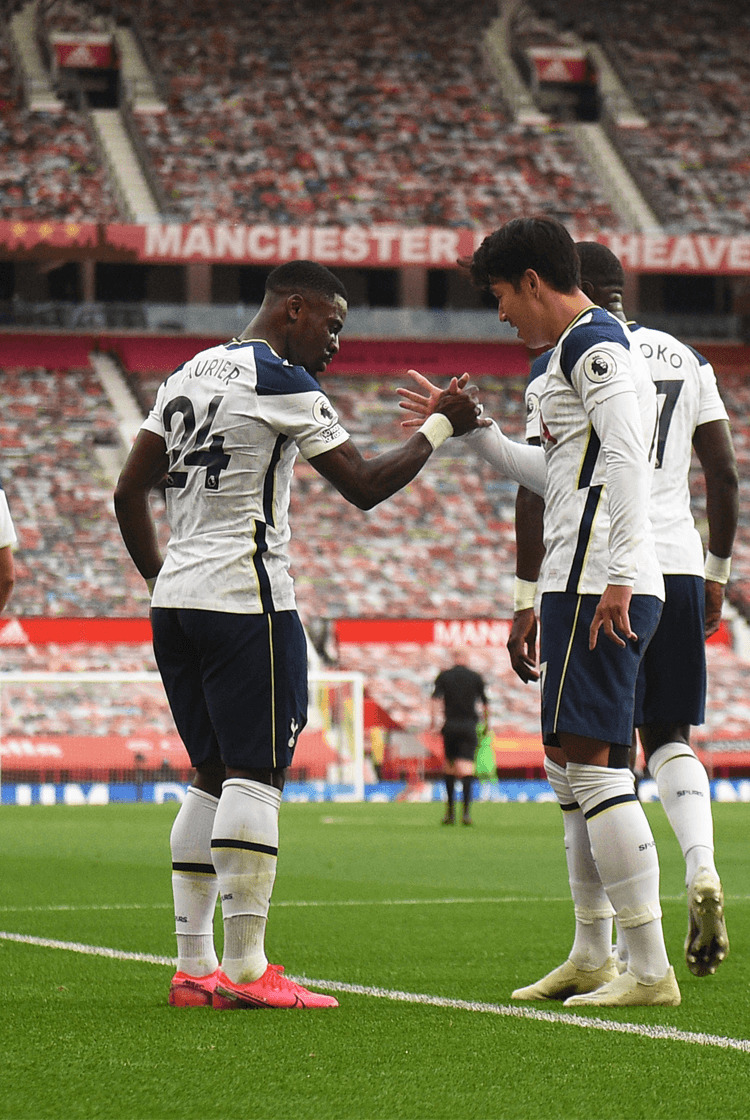 Tottenham inflicted the biggest defeat of Ole Gunnar Solskjaer's reign as manager of Manchester United when, led by his predecessor, José Mourinho, they eased to victory at Old Trafford. After conceding a penalty that was scored in the second minute by Bruno Fernandes, they quickly responded to take the lead by the seventh – United's poor defending contributed to them doing so – and, after Anthony Martial's red card, proceeded to embarrass their opponents. The defeat was also United's biggest since the retirement of Sir Alex Ferguson, and left them 16th in the Premier League; only the recently-promoted West Brom and Fulham have a worse goal difference. Mourinho, who equalled his biggest margin of victory away from home as a Premier League manager, said: "To win 6-1 against Manchester United at Old Trafford is an honour for all of us, considering the dimension of Manchester United and Old Trafford. The pleasure is not the 6-1, the pleasure is the performance and three points which we really need after losing points at home against Newcastle." Solskjaer said: "It's very embarrassing, it hurt all the players. It hurts me as the manager. It's my worst day ever. I'll hold my hands up, I'm responsible for this. I've lost 5-0 with United and we've lost 6-1. We've lost big results before and always bounced back." 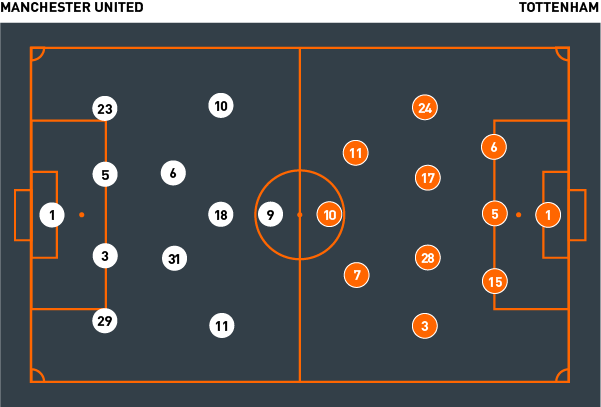 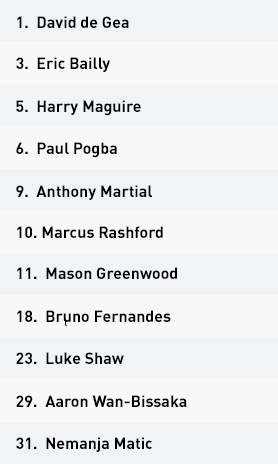 Manchester United started with their familiar 4-2-3-1 formation, this time with Paul Pogba and Nemanja Matic at the base of Ole Gunnar Solskjaer's midfield. Their visitors, Tottenham, defended with that same shape, via Serge Aurier and Sergio Reguilón withdrawing into defence, and Pierre-Emile Hojbjerg moving to alongside Moussa Sissoko in midfield.

From kick-off they sought to play with speed, from when Pogba and their full-backs would advance, and Matic would remain withdrawn. Bruno Fernandes attempted to operate between the lines and to combine with Mason Greenwood, Marcus Rashford and Anthony Martial, and often dropped if possession reached Rashford or Greenwood, so that he could offer the option of a bounce pass. They succeeded in doing so when winning their early penalty, and ultimately until Martial's 28th-minute red card. Beyond those combinations United also played through balls into the runs of Rashford and Greenwood – most commonly via Fernandes – as they made diagonal runs in behind Spurs' full-backs, or between those full-backs and the central defender alongside them.

Harry Kane led Spurs' press, and in doing so attempted to force play wide. If United succeeded in working possession to either Matic or Pogba, Spurs would withdraw into a mid-block. José Mourinho's team also set a trap when United played out from goal-kicks; they prioritised Pogba to encourage United to play to Matic, and then moved to press him from both front and behind to regain the ball. Doing so proved effective when they scored their third goal.


United attempted to continue to attack after Martial's red card, but Spurs' fourth goal proved the point at which they instead sought to negate Spurs' potential and focused on attacking on the counter. Scott McTominay and Fred replaced Matic and Fernandes in an attempt to remain compact and organised in defence, behind Rashford and Greenwood, who offered potential during transitions.

Spurs continued to impress when they were defending, even when victory was already secured. Their recovery runs, during defensive transitions, remained consistent; their attackers, midfielders and defenders all also continued to contribute.

Tottenham were organised by their manager José Mourinho into a 3-4-3 formation in which Davinson Sánchez, Pierre-Emile Hojbjerg and Eric Dier formed the first line of their attempts to build play. They encountered hosts who defended with a 4-4-2.

Hojbjerg was encouraged to withdraw into defence so that Sánchez and Dier could move wider and, in turn, Serge Aurier and Sergio Reguilón could advance in front of the three-on-two Spurs offered against Manchester United's front two. By tempting Mason Greenwood or Marcus Rashford to press Sánchez or Dier, Aurier and Reguilón were able to receive with time and space or having drawn United's full-backs forwards and therefore created increased space for the front three in front of them.

Those movements were complemented by diagonal passes outside; Harry Kane also withdrew into midfield, when Son Heung-min and Erik Lamela sought to threaten behind United's defence, regularly stretching and unsettling them, which Spurs capitalised on via switches of play. If United refused to follow Kane into midfield, he would combine with Tanguy Ndombele and Moussa Sissoko to create a three-on-two, and be capable of turning, attacking and combining in a five-on-four in the final third.


Following Anthony Martial's dismissal, United initially and naively attempted to press with a front three of Rashford, Greenwood and Bruno Fernandes, but Spurs repeatedly overcame that press with diagonal passes to their wide players, then another inside to Kane, forcing United to reorganise into a 4-4-1 mid-block. Mourinho's team regardless continued to switch play and, against that 4-4-1, outnumber United in the central areas of the pitch.

The diagonal runs made by Son, Lamela, and later substitute Lucas Moura, often drew Aaron Wan-Bissaka and Luke Shaw infield, creating further space for Aurier and Reguilón and contributing to Aurier advancing to where he scored their fifth goal. They, similarly, threatened on the counter, when they played early balls in behind to their forwards or out to their wide players.

For all that United were undermined by Martial's red card, Spurs were technically and tactically superior. United, by comparison, were indecisive, naive, and erratic. The second half then involved Spurs playing an increased number of horizontal passes to retain possession and reduce the tempo of play.