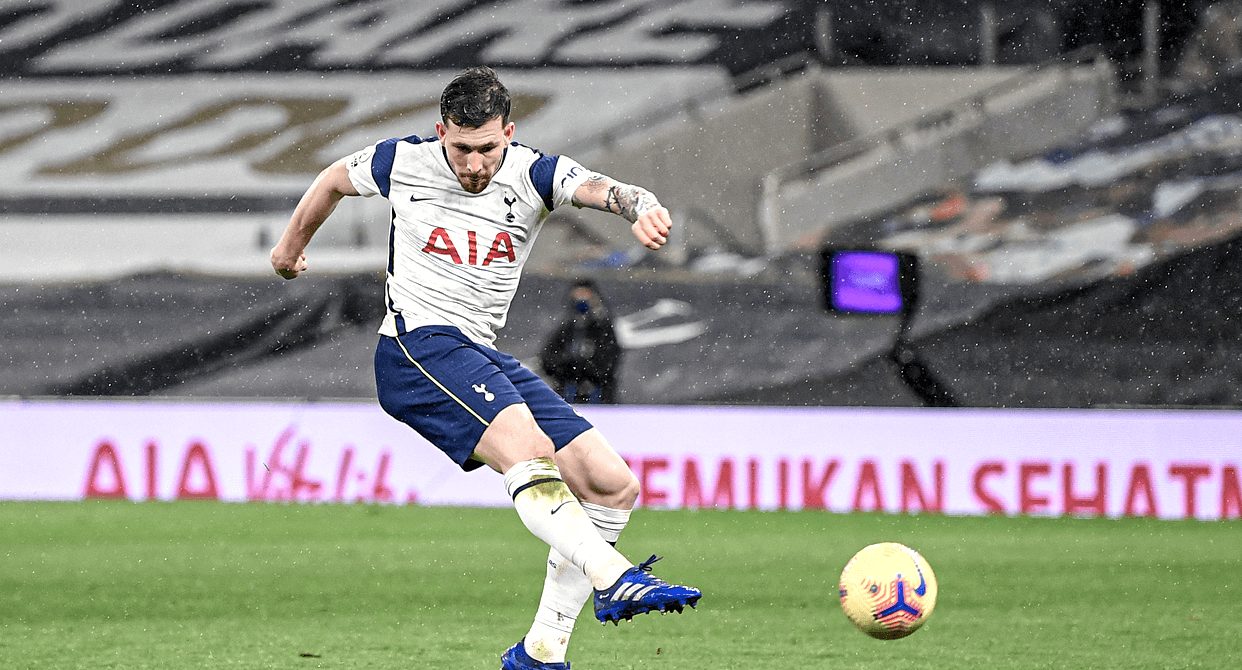 Profile
With two and a half years of his youth spent at Bayern Munich, where in the final 18 months he was coached by Pep Guardiola, Pierre-Emile Hojbjerg enjoyed a footballing education comparable with the best. Guardiola took a shine to the teenage Hojbjerg and wondered if the Dane could become Bayern’s answer to Sergio Busquets – who Guardiola managed at Barcelona – in defensive midfield.

Hojbjerg struggled to establish himself at Bayern, and so looked elsewhere for first-team football. He ended up playing a key role for Southampton, having been appointed captain by their former manager Mark Hughes – a captaincy he later lost as he searched for a move from St Mary’s. Tottenham then completed a £15m deal in the summer of 2020 to plug a hole in their midfield that had existed ever since Victor Wanyama’s stark decline. Hojbjerg, key in midfield at Tottenham – initially under José Mourinho – joined a select group of players that includes Pedro, Xabi Alonso and Zlatan Ibrahimovic to have played under both Guardiola and Mourinho.

Tactical analysis
In his younger days, Hojbjerg was a versatile footballer who played in a variety of midfield positions for Bayern and, while he largely played in central midfield for Southampton, on two occasions in 2019/20 he filled in at both right-back and left-back. However, his best position – and where he has naturally settled – has always been in defensive midfield.

He has not developed – as Guardiola had once hoped – into a player of Busquets’ ability. Far from it, in fact – the Spaniard controls games by winning the ball and playing passes that dictate the pace of play. Fizzed, direct balls to attackers that instantly increase its tempo or a turn away from trouble and a pass to a teammate in space that can slow proceedings to a near halt. Although he is very comfortable in possession and is capable of some brilliant passes – not least his sensational assist for Serge Aurier’s goal in Tottenham’s 6-1 win at Manchester United in October 2020 – Hojbjerg is not a central midfielder through which every move goes. He does not dictate matches with his passing like Busquets, and therefore isn’t quite as suited to dominating possession.

That doesn’t mean he doesn't have a heavy influence on matches from defensive midfield. Hojbjerg breaks up play with remarkable consistency, through good positioning and active attempts to win the ball. His reading of the game is his biggest strength, and he dominates matches by stopping opposition attacks and quickly launching counters with a simple, forward pass. He isn’t the most incisive with his passing when teams are set up in a deep block, but it is rarely his responsibility to be.

He does his best work sitting in front of defence, protecting centre-backs and waiting for his chance to eliminate danger. Guardiola was particularly impressed with the young Hojbjerg’s anticipation and his natural ability to foresee opportunities to win the ball, and that is a significant part of what made him so useful at Southampton and why Tottenham signed him. In his final season at Southampton, only three other midfielders in the Premier League regained possession more than Hojbjerg, who started just 30 of a possible 38 matches. Across the first 10 games of his first season at Tottenham he ranked among the top three midfielders for regains, behind only N’Golo Kanté and former teammate James Ward-Prowse.

Hojbjerg makes intelligent decisions when anticipating the opposition’s threat, both in his judgement of when to leave their midfield line to press, and when to hold his position and protect the middle of the pitch. He also does a similarly effective job during defensive transitions, in deciding when to counter-press and when to drop back into position. He prefers defending on the front foot in those scenarios to try and stop a counter-attack early on, and he is often successful, though his high-risk approach can leave his team a little too open if he is beaten.

Role at Tottenham
Hojbjerg is capable of playing in a midfield two, as he did alongside Ward-Prowse in Southampton’s 4-4-2 under Ralph Hasenhüttl, and Mourinho used him similarly at Tottenham. Although Spurs played with three central midfielders under Mourinho, their out-of-possession shape was often a compact 4-4-2, with Hojbjerg in midfield, usually alongside Moussa Sissoko. Both players are tactically astute – the main reason Mourinho liked them so much – and the then-Spurs manager used them in an unusual manner in big games, having them drop between a full-back and centre-back to form a back five and cut off passing lanes inside the full-back, as Hojbjerg has between their left centre-back and left-back (above).

When doing so, Hojbjerg has to be switched on to passes into the space in front of defence that he has vacated, and the only reason it worked, for example, when Spurs secured clean sheets against Chelsea and Manchester City in November 2020 was because, when a pass went into that area, Hojbjerg was alert to it and quick to shut the ball down.

When he isn’t needed in their defensive line, he is very disciplined with his positioning, and sits deep to free up his central midfield partner and other attacking players. There are rare forays into opposition territory but Hojbjerg is not concerned with scoring goals and will almost never advance beyond the ball, so he provides crucial security to Tottenham’s attacks. He maintains a close distance to their centre-backs (above), allowing no progression through the central lanes, something that had not been possible to say of Spurs in recent years.

He is most valuable to Tottenham in how consistently he wins the ball back. His positioning and reading of the game lead to him snuffing out opposing attacks before quickly distributing to a more attack-minded teammate to launch a counter-attack. Tottenham were often devastating on the break under Mourinho, and their forwards have rightly received plenty of praise for their free-flowing attacks, but at the base of everything Tottenham do is Hojbjerg, who in winning the ball back in the first place provides the platform from which they can counter.

When Tottenham have comfortable possession, Hojgjerg tends to move into a false full-back position on the left (above) – Sissoko does the same on the right – allowing their full-backs to push high and provide the width to their attacks as their wide attackers, usually Son Heung-min and one of Steven Bergwijn, Lucas Moura, Erik Lamela or Gareth Bale, move infield to increase their threat on goal.

He is tidy in possession but while he was tasked with being adventurous with his passing at Southampton, Mourinho was content for Hojbjerg to leave line-breaking passes to others. After winning the ball, Hojbjerg will, as quickly as possible, secure possession for his team with a simple pass to a teammate. At the point of an attacking transition, Tottenham’s attackers spring into action with a quick sprint forwards to try and take advantage of the opposition being out of shape.

The extent of Hojbjerg’s instant impact has raised as many questions about Tottenham's lack of investment in defensive midfield in the last years of Mauricio Pochettino’s reign as it solved problems in Mourinho's. However, whether or not they should have signed a ball-winning midfielder sooner, they appear to have got his signing right. Any success Tottenham have is likely to feature Hojbjerg at its core.