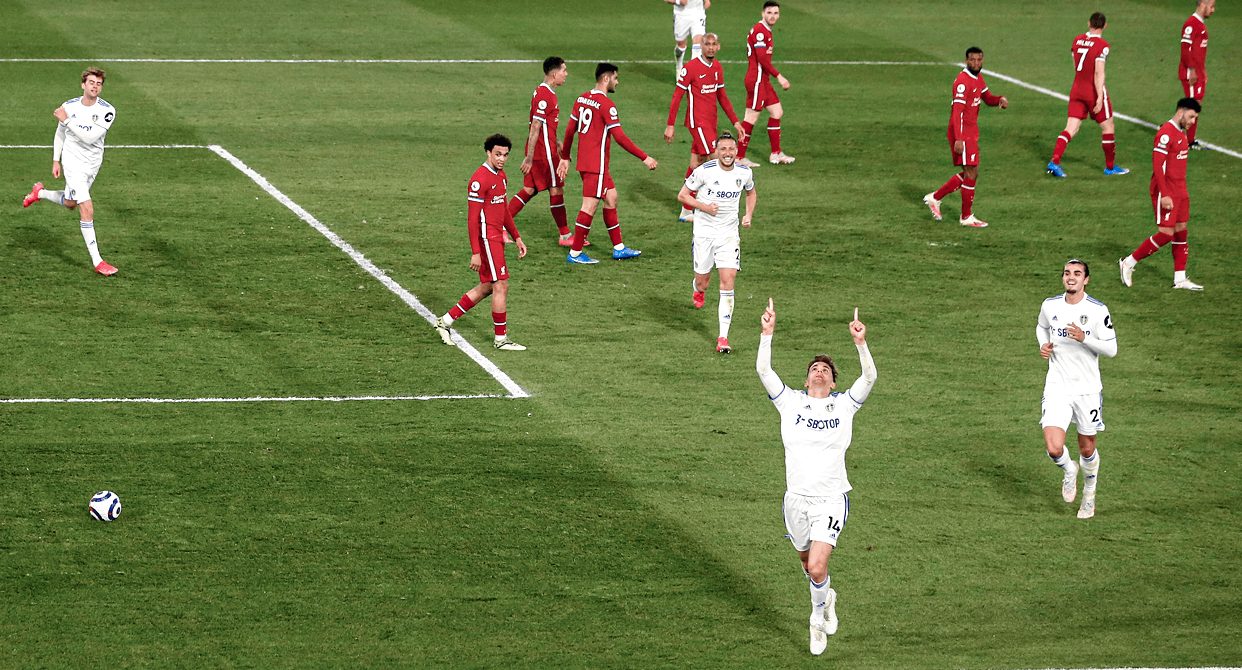 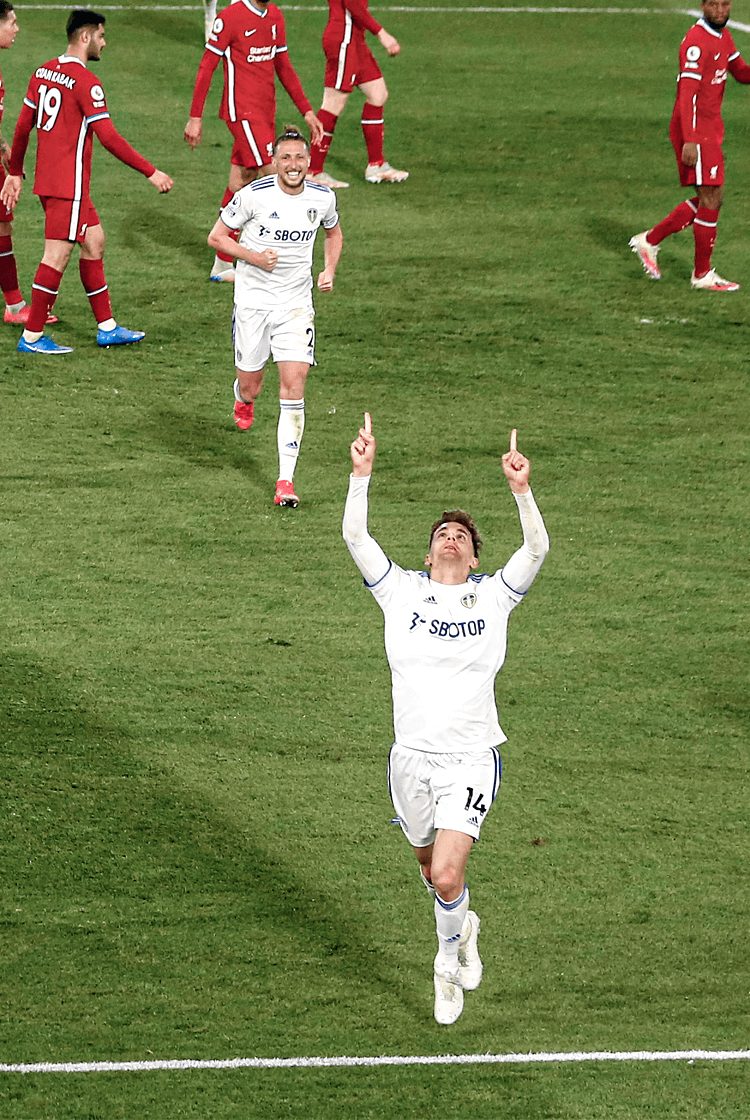 Diego Llorente scored a late equalising goal to undermine Liverpool's pursuit of a top-four finish after Sadio Mané had given the visitors the lead during the first half. Playing under the cloud caused by the annoucement of the controversial European Super League that Liverpool intend on participating in, protests unfolded both inside and outside of Elland Road. Liverpool's manager Jürgen Klopp said: "I hope there will never be this Super League. With the way the Champions League is now running, football has a really great product. The Champions League is the Super League in which you don’t always have to play the same teams. Why should we create a system where Liverpool can play against Real Madrid for 10 years in a row? Who wants to see this every year?” His opposite number, Marcelo Bielsa, said: “Football belongs to everybody, the real owners of football are the ones who love the badge and without them football would disappear. Any decisions that attacks all these people that are fans of football, and that privileges only one sector, is staking the future.” 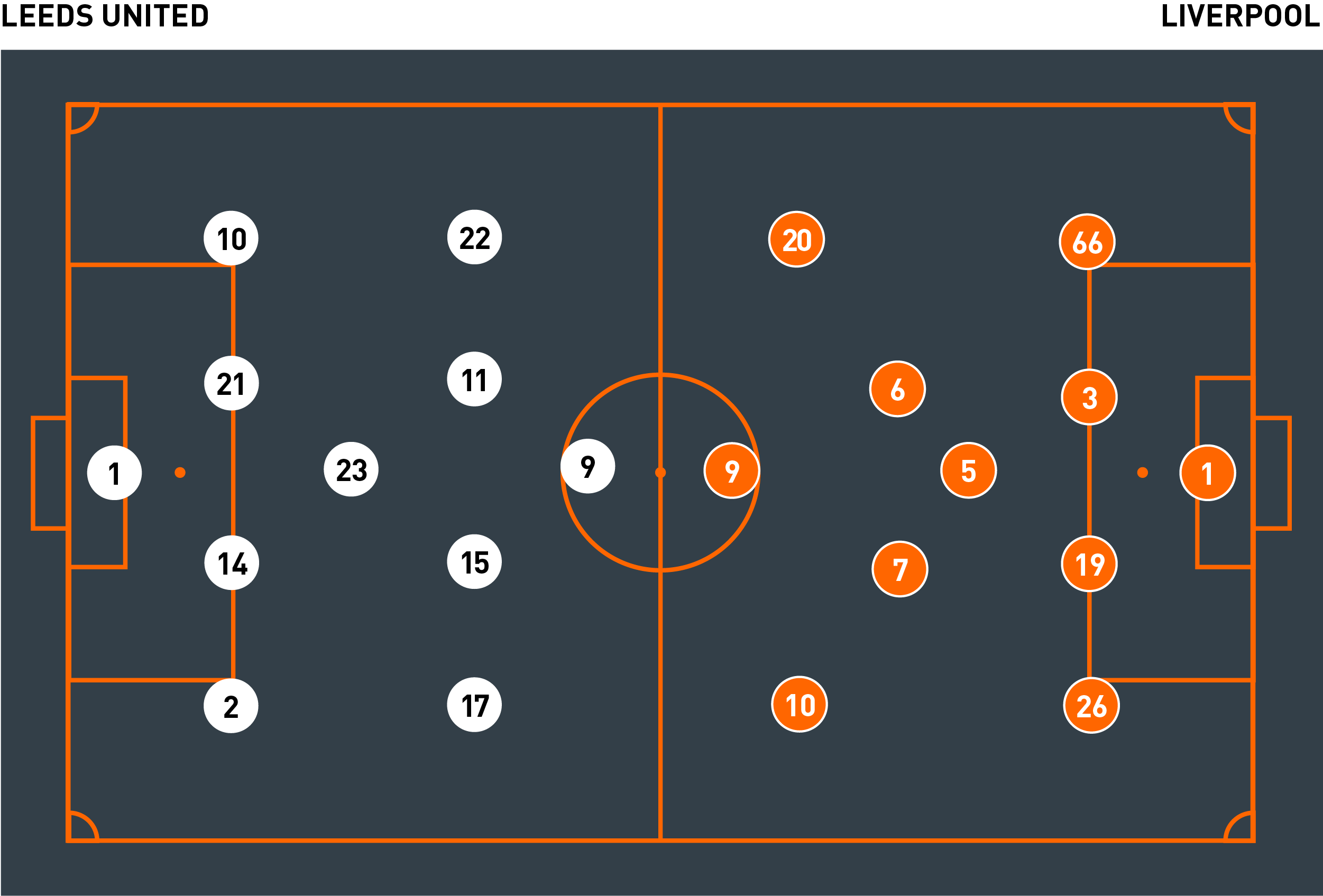 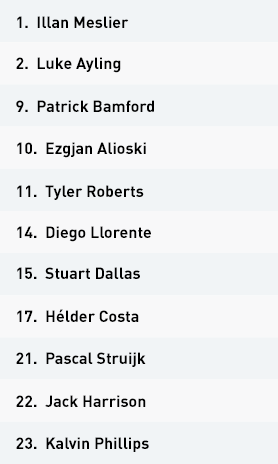 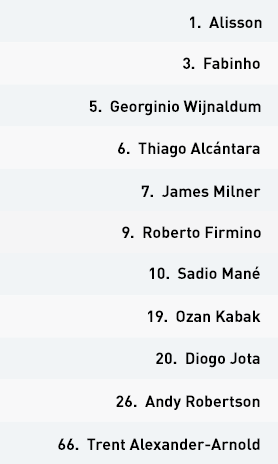 Leeds were organised by their manager Marcelo Bielsa into a 4-3-3 formation led by Hélder Costa, Jack Harrison, and Patrick Bamford. Their visitors, Liverpool, defended with that same shape.

Liverpool attempted to apply an aggressive high press in the earliest stages of the game, and committed numbers to doing so. Typically, Sadio Mané and Diogo Jota pressed Leeds' central defenders and, sometimes together, followed possession backwards by pressing goalkeeper Illan Meslier. The visitors' wider central midfielders pressed Leeds' full-backs, and Roberto Firmino, where possible, prioritised Kalvin Phillips so that they weren't exposed when one of their central midfielders moved wide.

Leeds were forced to play with speed because of the pressure they were under; Liverpool sought to make them panic and commit technical errors in their defensive third that they could take advantage of, but Leeds remained committed to playing out from defence; it was when possession reached the midfield third that longer passes became an option. Costa and Harrison supported from behind the ball when Leeds were building possession by moving into deeper positions before, when it reached midfield, seeking to run in behind, potentially freeing up space in behind and Bamford to remain advanced and provide, if required, an aerial threat.

Bielsa's team recognised the numbers Liverpool were defending the wide areas with, and then that they adopted a narrow shape when the ball moved into the centre of the pitch. They therefore attempted to draw Liverpool to one side of the pitch before switching play, forcing Liverpool to run and presenting Leeds with the opportunity of capitalising on overloads that that may have led to. It was from the wider areas, from where they delivered early crosses into spaces in behind and into the path of their attacking players, that they perhaps offered their greatest attacking potential.


During the second half, Leeds' full-backs were used from deeper territory, to force Liverpool's wider central midfielders to travel further to press them. When then playing their longer passes forwards, the midfielders who had been supporting around the ball made later penetrative runs to complement the next phase of play, establishing a play forward, run forward principle.

Liverpool became significantly more compact in an attempt to defend their lead. They still attempted to engage with their opponents, but waited for forward or diagonal passes before doing so. During the opening 25 minutes of the second half, Leeds recorded a 72 per cent grasp of possession but had to be patient when circulating the ball and pursuing spaces through which to penetrate.

Lengthier passes regardless remained more potent, so they attempted to draw Liverpool wide to create space on the other side of the pitch, or in behind, as was the case when two aerial passes created a goalscoring opportunity for Bamford by moving possession from the defensive third and into Liverpool's penalty area. Leeds' equalising goal, scored by Diego Llorente, demonstrated a weakness in Liverpool's zonal marking structure. Ozan Kabak failed to attack the ball in his zone, and too little was done from the second line of Liverpool's structure to affect Llorente's run, allowing him to gather the momentum required to attack the ball.

Liverpool again operated with Jürgen Klopp’s long-favoured 4-3-3 formation, and on this occasion with a front three of Diogo Jota, Roberto Firmino and Sadio Mané. Their hosts, Leeds, defended witb a man-oriented approach that most commonly resembled a 4-1-4-1.

Leeds were unwilling to risk a two-on-two against Jota and Mané when Roberto Firmino withdrew into a deeper position, so they accepted being overloaded elsewhere on the pitch to preserve a three-on-two against Liverpool's two forwards. Liverpool's spare player, to start with, was Andy Robertson, because Hélder Costa joined Patrick Bamford in closing down the visitors' central defenders, but Liverpool adjusted via Robertson moving infield into the half-space. Leeds, in turn, adjusted by Bamford attempting to take both central defenders, who therefore had occasions when they could advance with the ball, even if not without risk or pressure.

Liverpool spent much of the first half attempting to unbalance Leeds' structure, and leave them struggling to organise themselves, by drawing them into less orthodox positions – perhaps tempting a central midfielder wide – before looking to isolate the relevant opponent and beat them one-on-one. Mané's goal demonstrated that very approach – runs from Liverpool's forwards disrupted the balance of Leeds' defensive line, creating a race, in space, between Trent Alexander-Arnold and Jack Harrison that was won by the talented full-back.


Liverpool's midfield three were crucial in their overall attempts to disorganise Leeds' structure, and did so while attempting to balance moving to support, moving to penetrate, and moving to provide security. James Miler and Thiago Alcântara, for example, would pull wide while Fabinho had possession and Georginio Wijnaldum occupied the centre of the pitch, from where he made diagonal forward runs in behind Thiago as possession developed and Milner moved across to instead secure the centre of the pitch. Those movements were consistent, and repeatedly tested Leeds.

During the second half, Liverpool’s attacks increasingly unfolded during moments of transition, because of the increased opportunities they were presented with to do so. Mo Salah's introduction as a substitute was intended to take advantage of those opportunities, but a lack of quality in the final third meant that they were not taken.