Profile
Comparisons with the great Andrea Pirlo may remain premature, but a demonstration of the rare blend Kalvin Phillips’ abilities represent came when he was selected by Gareth Southgate to play for England before he had ever featured in the Premier League. He is perhaps the most naturally gifted passer of the ball suited to playing as a defensive midfielder since Michael Carrick, oddly so often overlooked by Southgate’s predecessors, and contributes so much composure and vision from midfield for Leeds.

“The position he plays is a position where we need competition for places,” said Southgate, once forced to deputise in midfield for England long after having established himself in central defence, of Phillips. “The way that he plays the role and the way that he has been coached in the role is clear to see.”

Tactical analysis
Phillips is a defensive midfielder with both a superb passing range and tactical awareness. He correctly times when to withdraw into a deeper position to assist his teammates’ attempts to build possession in the defensive third – particularly when he is selected as a single pivot at the base of midfield – and, because of his stamina, is equally capable of consistently offering movements across the pitch to create forward passing options and resist being screened.

His availability to receive contributes to his passing range, because of the technique that makes him capable of playing with few touches and to combine and build while receiving the ball or under intense pressure. He breaks lines from central territory and does so while accurately finding those withdrawing into a deeper position or making forward runs. The speed with which those passes – both long-range and when switching play – are executed represents a further strength, and is complemented by the extent to which the timing of his release has improved since first reaching the Premier League at the age of 24.

Phillips similarly convincingly manages the tempo of the more immediate combinations he contributes to, often drawing defenders to one side of the pitch and, because of his awareness of his surroundings and therefore his teammates’ positioning and the pressure bound for his first touch, doing so effectively. He, in turn, quickly changes his body shape to switch from a more open stance, often drawing further opponents towards him because of their struggles to adjust to his movements (below).

If he can improve his longer-range passing so that his accuracy when playing over defences into a teammate on the move matches that when playing into opponents or switching play, he can be even more influential. It is in the attacking half where he has proved likelier to lose possession. 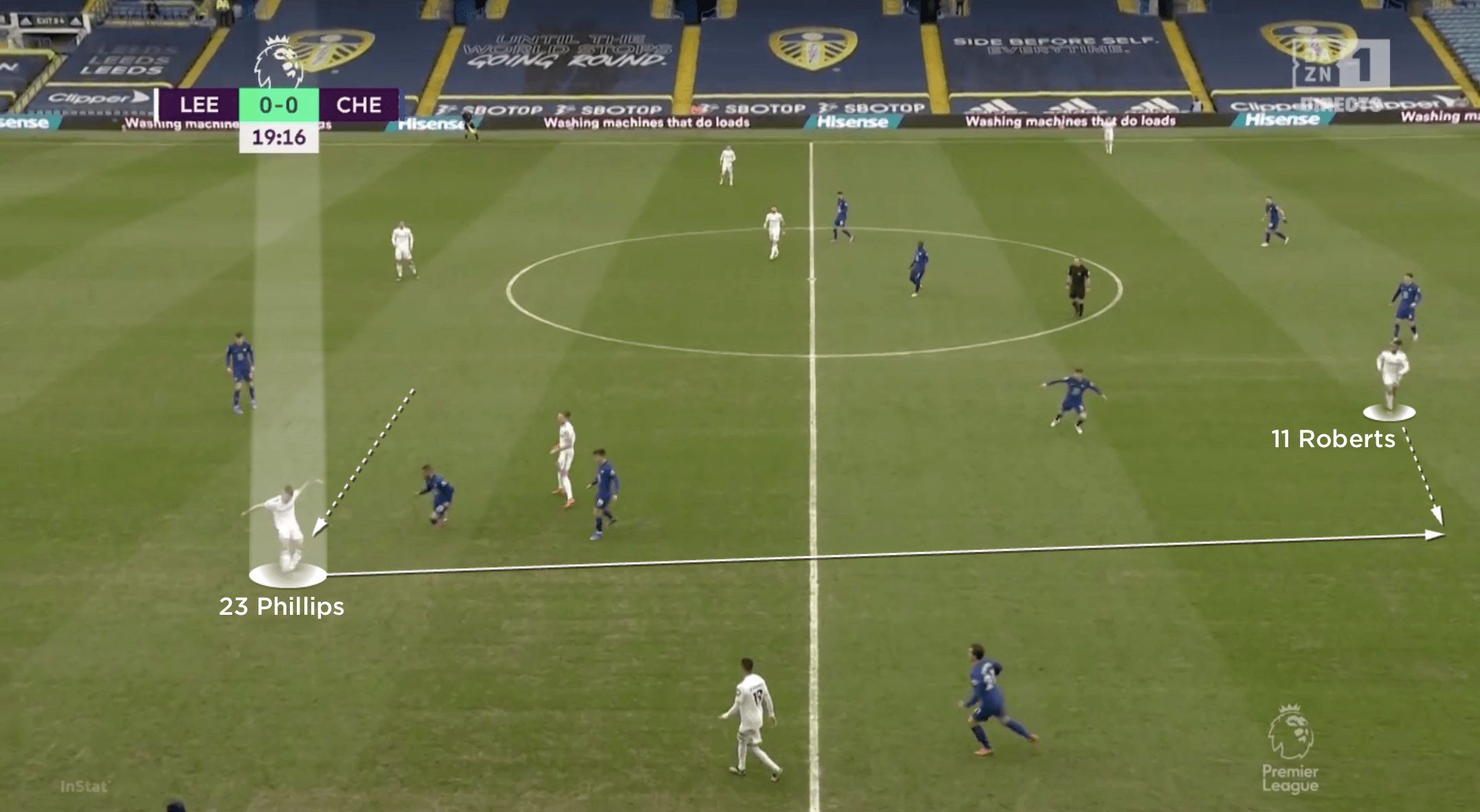 His understanding of movements – he offers numerous, quality, off-the-ball contributions – positioning and spaces makes him effective at stopping counters, particularly when in a central position. He often recovers possession by intelligently predicting where loose balls will arrive and making interceptions (below), and by anticipating his opponents’ movements.

For all that him making interceptions and collecting loose ball is more common, he also remains effective at duelling for possession – likely because of his experience of featuring in defence. Despite being far from tall, he is competent at challenging for aerial balls – largely because of his ability to predict the flight of passes – and often seeks to control them via his chest and using his quality as a ball player instead of heading it elsewhere. 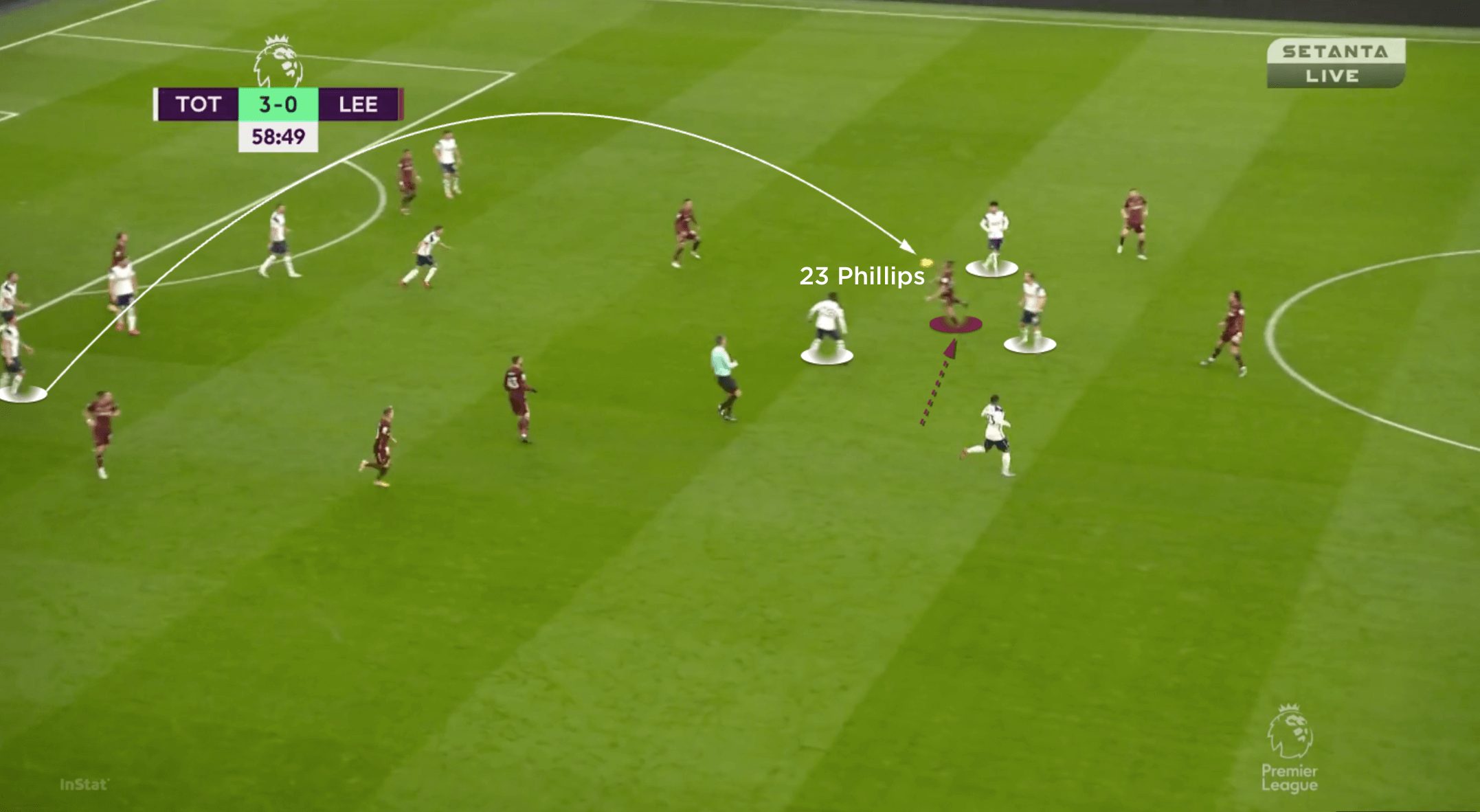 Role at Leeds
Phillips most consistently features at the base of midfield in the 4-3-3 (below) Marcelo Bielsa most regularly organises Leeds into. He links from defence and into attack, where their attacking central midfielders advance to to join their front three, and as a consequence has both time and space in which to operate and vary his movements to receive. Opponents aware of his importance often attempt to negate his influence by man-marking him, so when they do so he draws them away from the ball so that another teammate can move into his position and instead contribute to their attempts to build play.

On the occasions that 4-3-3 is under less pressure, Phillips assists with wider combinations, receiving from their full-backs before playing first-time passes through the inside channels; Leeds’ fluid movements ahead of the ball involve their attacking central midfielders and wide forwards moving to receive those passes. The width of their full-backs also means Phillips withdrawing into or in front of central defence to receive the ball. 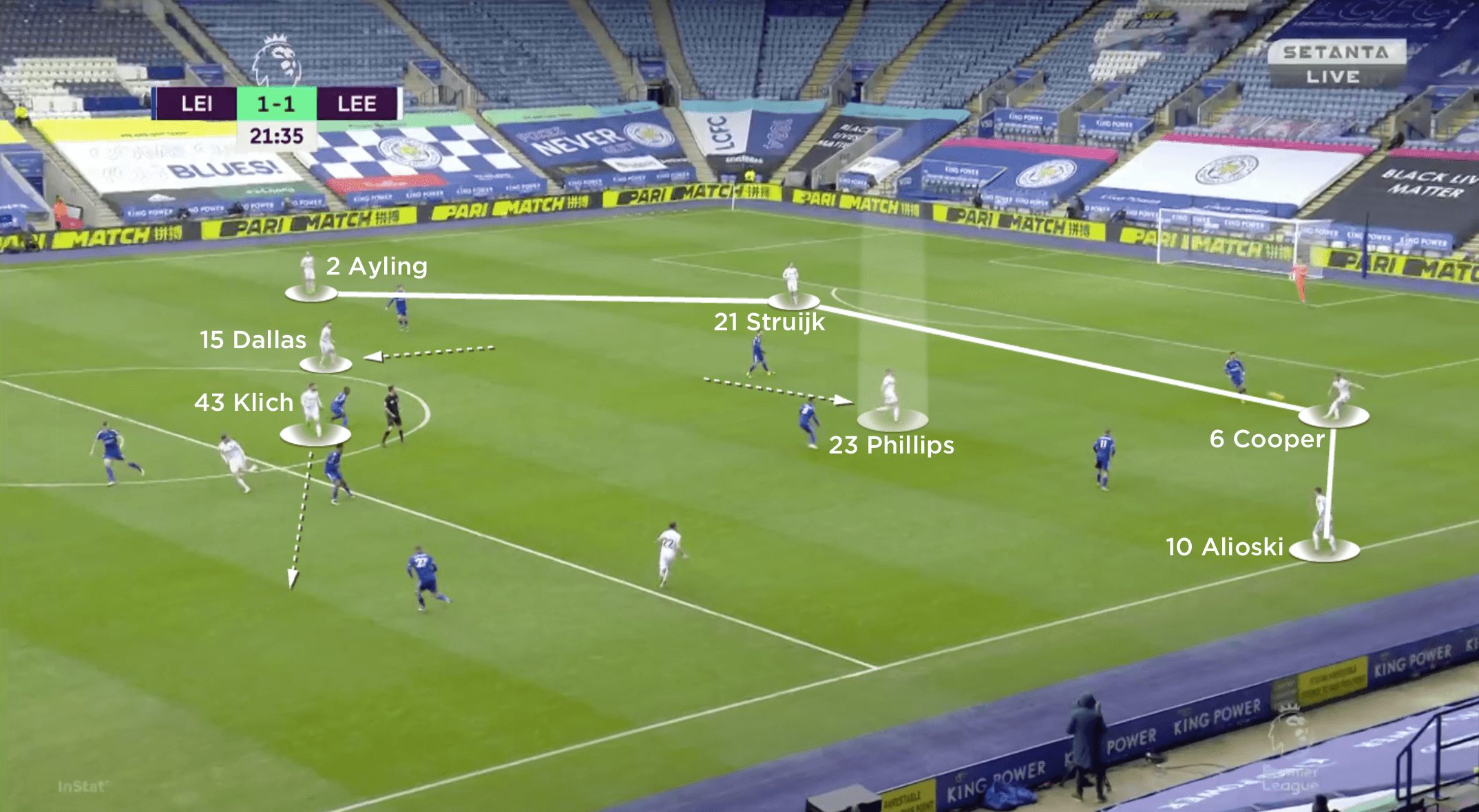 Bielsa’s favoured wider combinations tempt pressure from opposing attacking players, so Phillips adopts positions that make him capable of supporting the ball without sacrificing his ability to freely receive. Should that pressure increase, Phillips’ potential to combine in limited spaces regardless helps them to progress possession out of their defensive half. His one-twos and third-man runs around Leeds’ full-backs also prove valuable when they do so with width.

On the occasions Bielsa instead oversees a 3-3-1-3, Phillips has featured either as their most withdrawn midfielder or in their back three (below), where he excels in breaking lines from deep positions and into his attacking teammates. In the moments opponents change their pressing strategy to adjust to that, Phillips’ versatility means his play from central defence instead focuses on starting, instead of assisting, Leeds’ wider combinations. 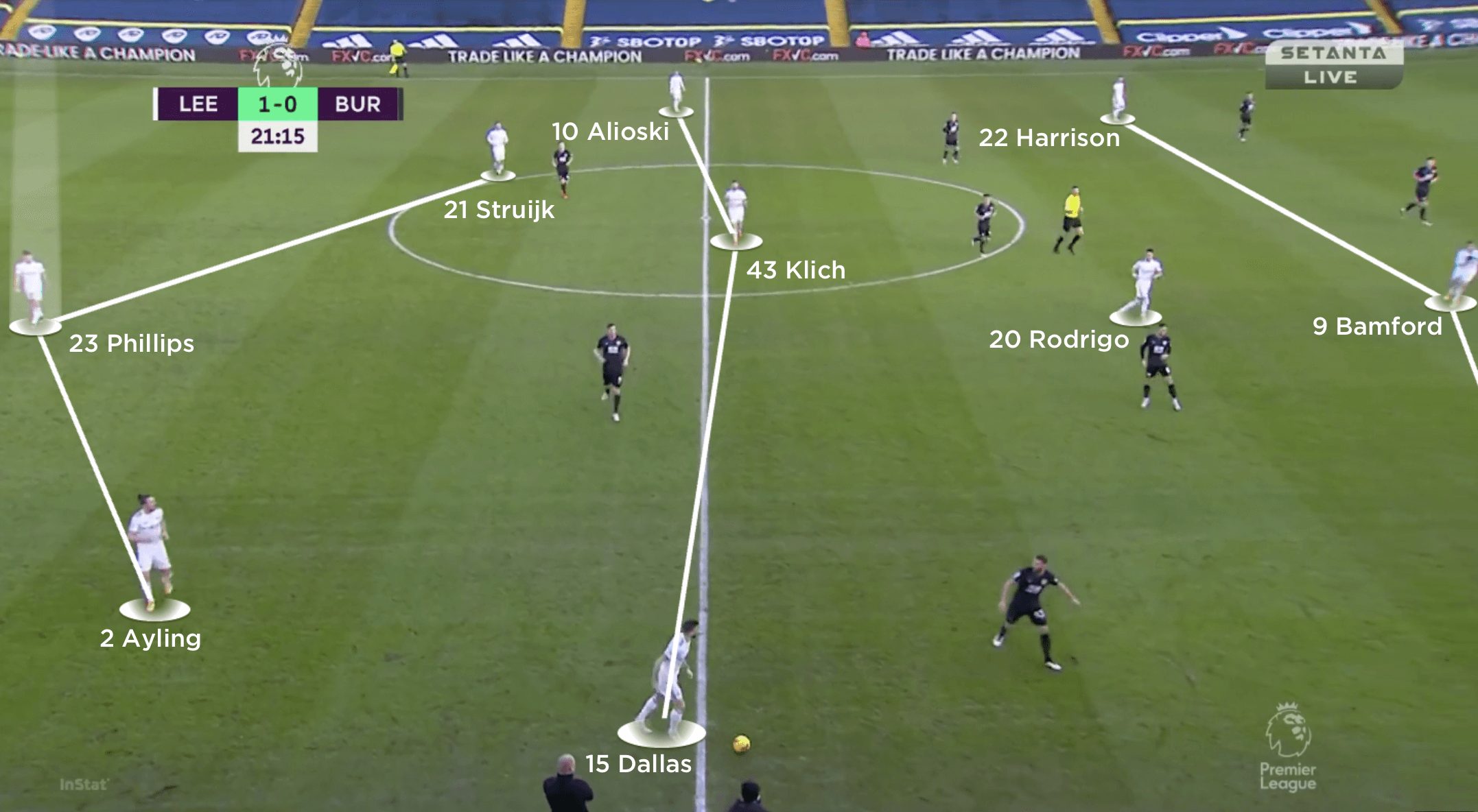 If the most central figure in their back three, his aerial ability is more intensely tested. He, regardless, defends in a more reserved manner because of Bielsa’s desire for him to cover behind their midfield three, from where he delays attacks and waits for support instead of risking committing to challenges against fast attackers.

It is when he is selected as the defensive midfielder in their 4-3-3 that he is so important to preventing the counters so many opponents attempt because of Leeds’ ability to often have the greater share of possession. Phillips covers the three central lanes particularly well, increasing his fellow central midfielders’ freedom to contribute to the expansive movements Bielsa demands in the attacking half. 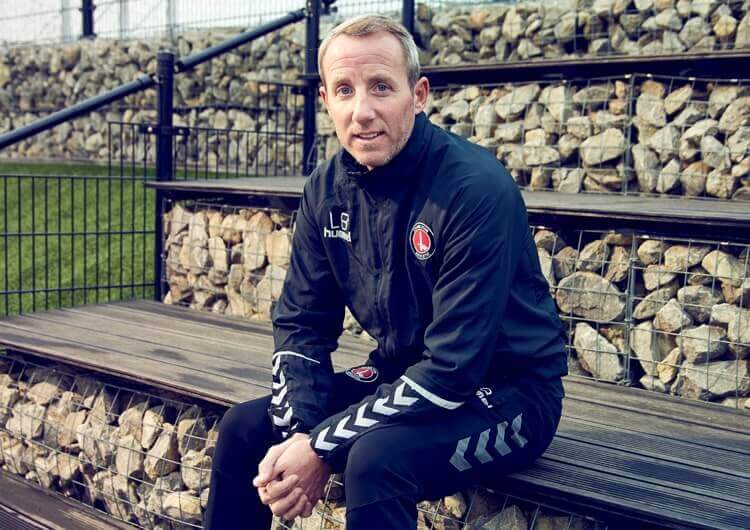 Lee Bowyer impressively led Charlton to promotion to the Championship, and discusses how his days as a player helped shape his approach to coaching 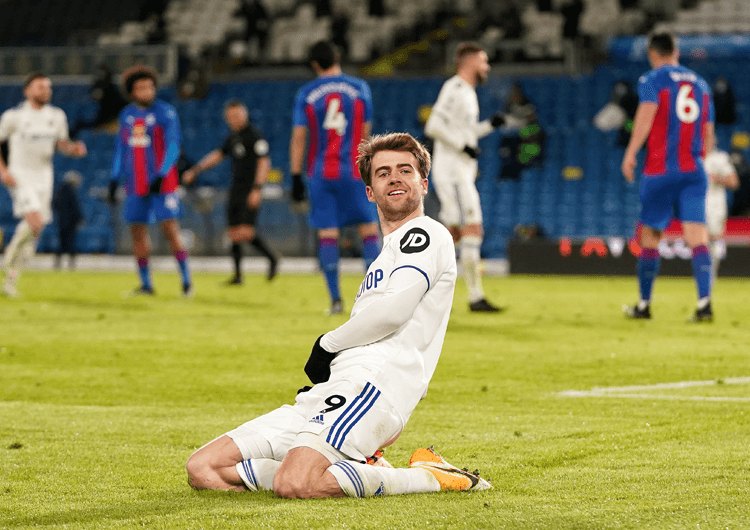 Patrick Bamford is proving himself a forward of genuine Premier League class at Leeds United. Our professional coaches examine his abilities