Profile
Recruited from Hoffenheim for less than £30m in 2015 by then-Liverpool manager Brendan Rodgers, the signing of Roberto Firmino has proved an absolute steal. Leading the line in the devastating front three Jürgen Klopp has assembled, Firmino played a crucial role in Liverpool’s ascent to the top of the English game and the title they won in 2020 – their first league triumph in 30 years. Flanked by Sadio Mané and Mo Salah, Firmino sometimes fades into the shadows of this record-breaking team, but Klopp is in no doubt about the Brazilian’s importance.

“Bobby is a complete footballer,” the manager said. “A football team is like an orchestra, you have different people for different instruments. Some of them are louder than others but they are all important for the rhythm. Bobby plays something like 12 instruments in our orchestra. He’s very important.”

Tactical analysis
Firmino is an extremely gifted footballer who does his most eye-catching work in crowded areas, combining brilliant close control and dribbling with an ability to unlock a compact defence with a piece of skill or a deft through ball. In this sense, he is extremely well-suited to a centre-forward role for a dominant team like Liverpool, who regularly come up against well-drilled, low-block defences.

He has a wonderful first touch and is capable of moments of jaw-dropping individual brilliance that only a rare breed of player can produce. He manipulates play by attracting attention towards the ball and then taking touches to open up dangerous passing lines further forwards, through which he looks for the runs of Salah (below) and Mané. However, even though he is so effective in drawing attention away from his teammates with his actions on the ball and at actually creating chances himself, a great deal of his most valuable work is done off the ball. 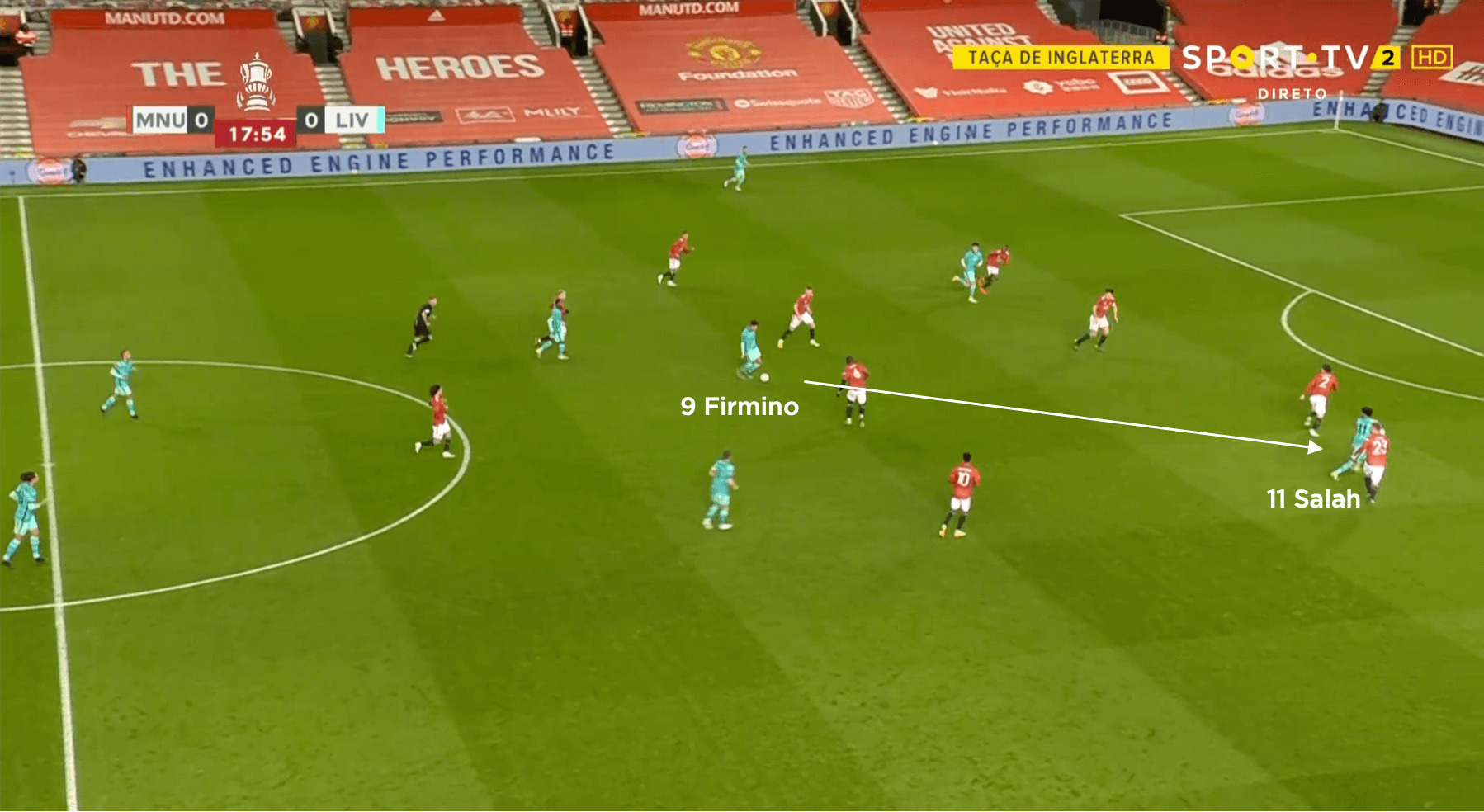 Firmino is incredibly clever with his movement, and that is a significant part of the reason he is so effective in attack for Klopp’s Liverpool. His awareness – not only of his surroundings but also of how his position will affect the game – is arguably his greatest strength. He does a good job of leading a press and works well in tandem with teammates to force play into crowded areas quickly.

He also has the rare ability to help his team progress through central areas by drifting into space between the lines and demanding the ball; he breaks lines with his positioning and by receiving passes from midfield. Given how good his control is, Firmino’s teammates know they can trust him to control the ball, so they can play passes in at speed in order to catch defenders off guard and slice through a compact midfield. Firmino can bring even the most challenging of passes under control, and he is also strong enough and clever enough with his first touch to hold off opponents and retain possession when under pressure.

His awareness of where teammates are comes in here, because he is able to spot opportunities to play them in with a flick that plenty of players would not even dare to try. Part of the reason he is so successful with these is that he constantly scans his surroundings, looking over his shoulder so he knows what is behind him (below). He is equally adept, too, at taking an opportunity if his direct opponent has not kept tight enough to him, by appearing to prepare to play a first-time pass but instead checking back in the other direction and on to his other foot. In doing this, Firmino can create a large enough space between himself and his opponent that he can turn to play a progressive pass forwards from a much stronger position than if he had merely taken his first touch back towards where the pass came from – which is the safest option and one that most players would take.

As a centre-forward, Firmino’s ball striking could do with improvement. He miscues his shots too often to be considered a truly elite striker, and although he is far more than just a goalscorer, he does need to add more goals to his game.

Role for Liverpool
Firmino came to Liverpool a goal-scoring number 10. In his penultimate season at Hoffenheim in 2013/14, from a position behind striker Anthony Modeste, Firmino was the Bundesliga’s fourth highest scorer, trailing only centre-forwards Robert Lewandowski, Mario Mandzukic and Josip Drmic, with 16 goals in 33 appearances. He initially played in the same position following his move to Liverpool, but he quickly convinced Klopp that he was a better option up front than any of their struggling strikers. 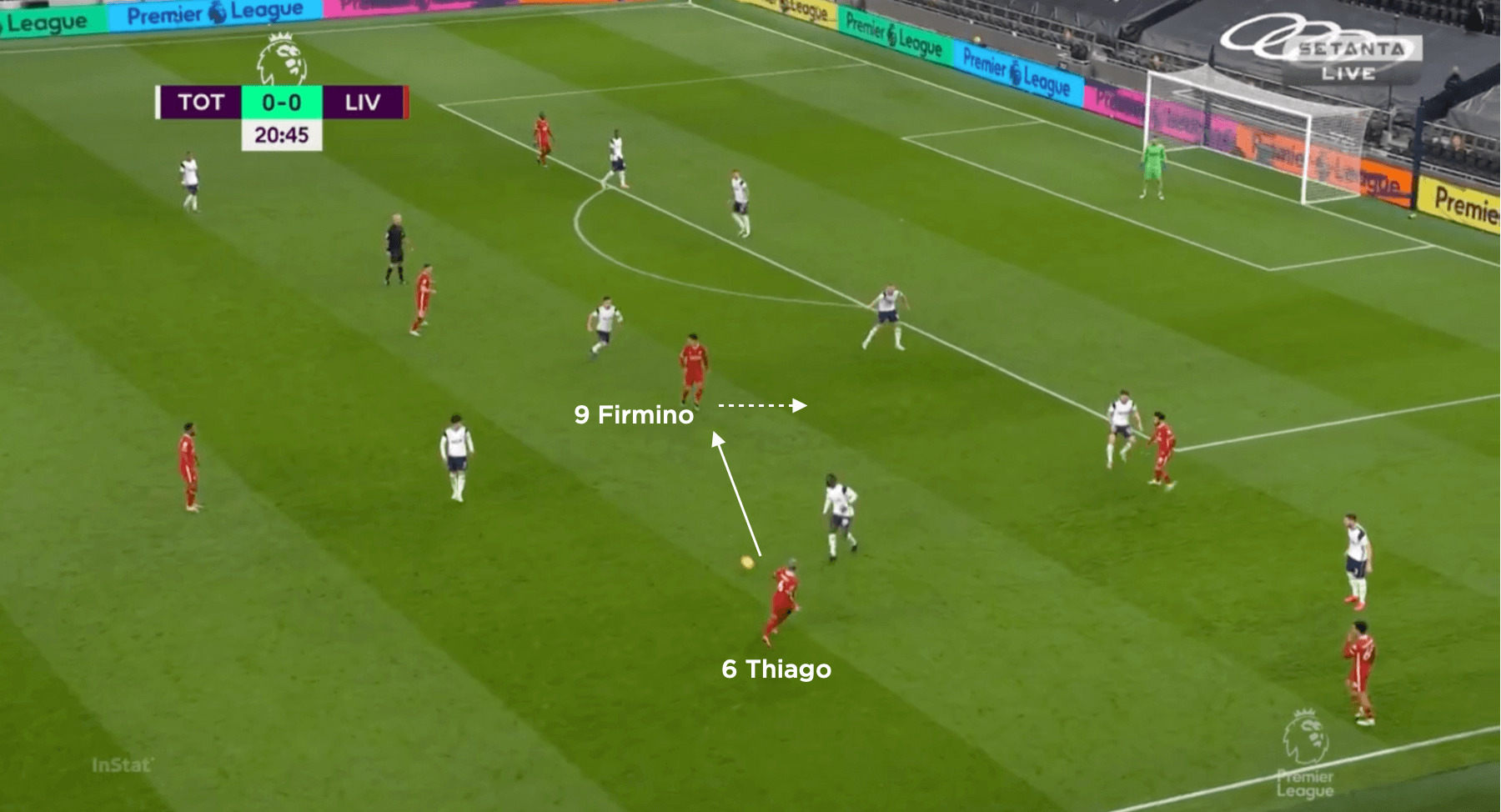 Firmino has unquestionably been a success as Liverpool’s centre-forward despite suffering the odd drought in front of goal, because the extent of his impact at Anfield has never solely been measured in goals. What’s more, his role has become less about scoring as time has gone on.

His contributions to Liverpool’s attacking play come in deeper positions than ever before, and while he will often be found attacking balls into the box from the full-backs, he will often arrive late, having earlier in the move helped in midfield. He moves away from the opposition centre-backs to join Liverpool’s three-man midfield with the aim of creating an overload in the central part of the pitch. He will take up a position at the tip of this diamond to receive vertical passes and turn or, if a defender is too tight to him, set the ball back to one of the central midfielders at the side of the diamond. There are even occasions when he drops back further, and takes up a position on the side of the diamond (below).

His movement gives centre-backs a dilemma as to whether to follow him into midfield and potentially leave a gap for Mané or Salah to run into, or leave Firmino free to turn between the lines. He also creates gaps for Liverpool’s outside central midfielders to move into, with the full-backs providing the team’s width. 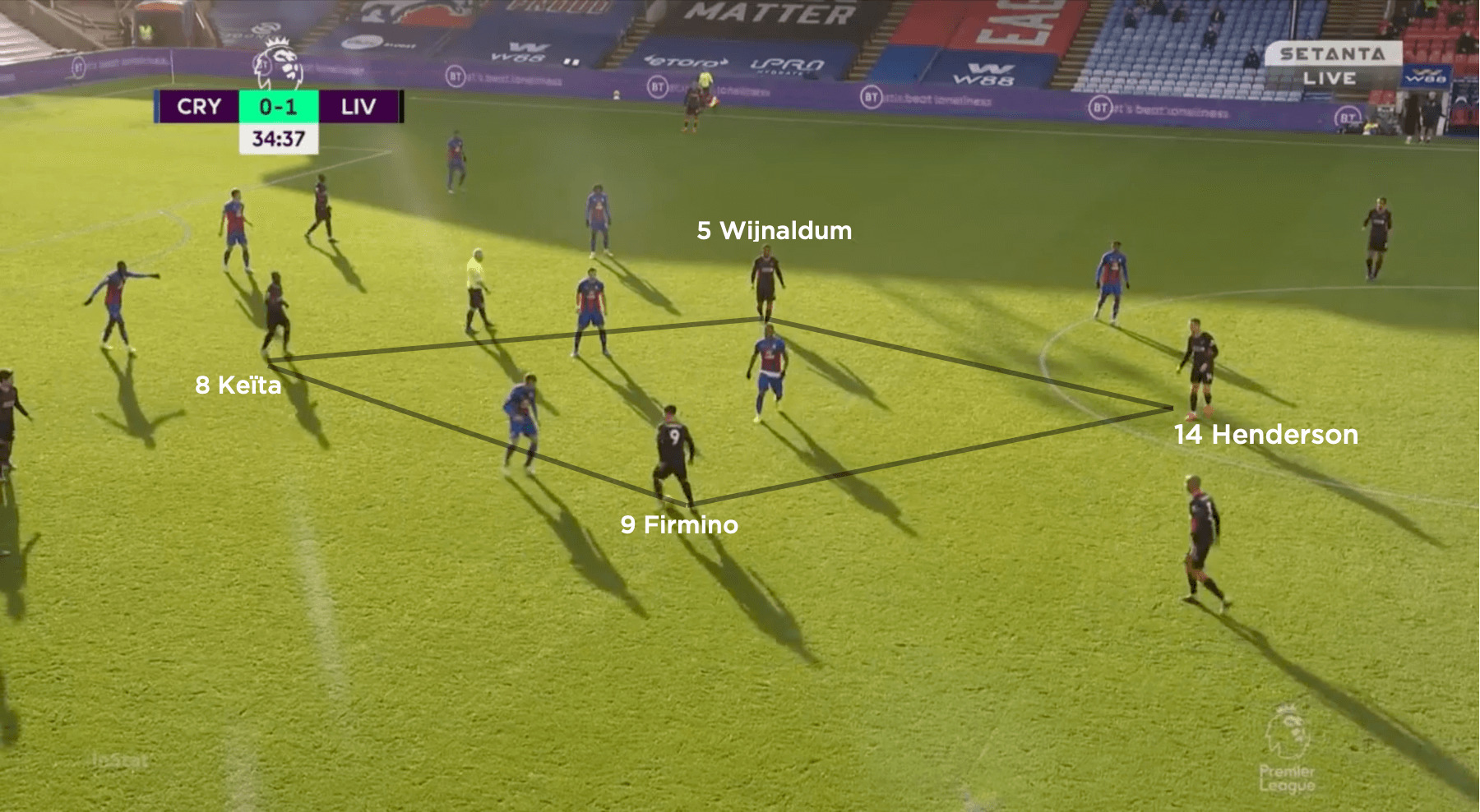 As Firmino has moved into a deeper role and Liverpool’s full-backs have grown in influence, wide forwards Salah and Mané have played from a narrower starting position, where they pose a greater and more consistent threat on the opposition goal. With this in mind, Liverpools’ 4-3-3 formation often appears more like a 4-3-1-2 when they have the ball, though the full-backs sometimes push so high that it is more like a 3-2-3-2 when in possession.

Firmino, Salah and Mané all play a key role in Liverpool’s counter-pressing, launching co-ordinated attempts to regain the ball as quickly as possible high up the pitch, or at the very least, to force an opponent into a rushed clearance that can be regained nearer the halfway line. Quicks turnovers and a new wave of attack allow Klopp’s Liverpool to build up the kind of momentum and pressure on the opposition defence that they have become so well known for. At their peak, few opponents have managed to withstand these attacks for a full 90 minutes, and their drop in form at the start of 2021 coincided with a drop in the success of their press.

Doubts have been raised as to whether Firmino adds enough of a goal threat to lead the line for a top side like Liverpool, but any lack of goal return from their number nine did not stop them becoming English, European and world champions. Firmino’s contributions in other areas of Liverpool’s play mean there is little chance of Klopp losing faith in a player who remains key to this orchestra.

Since Jürgen Klopp’s appointment, Liverpool have won the Champions League and have now claimed a first Premier League title. We analyse his successful methods 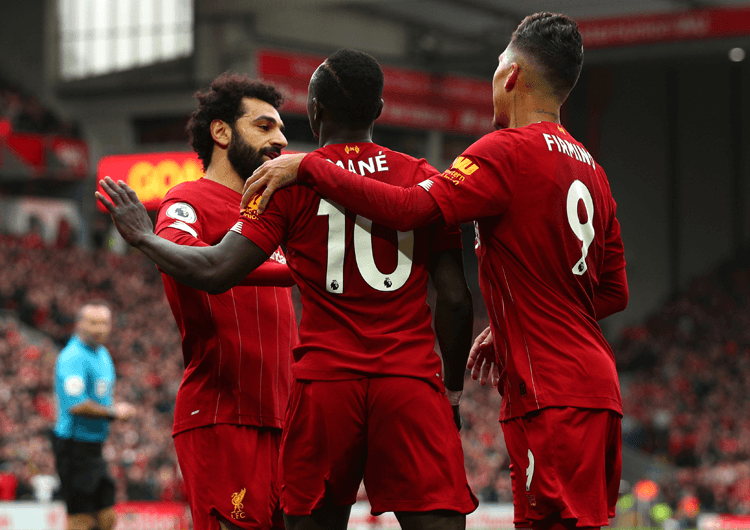 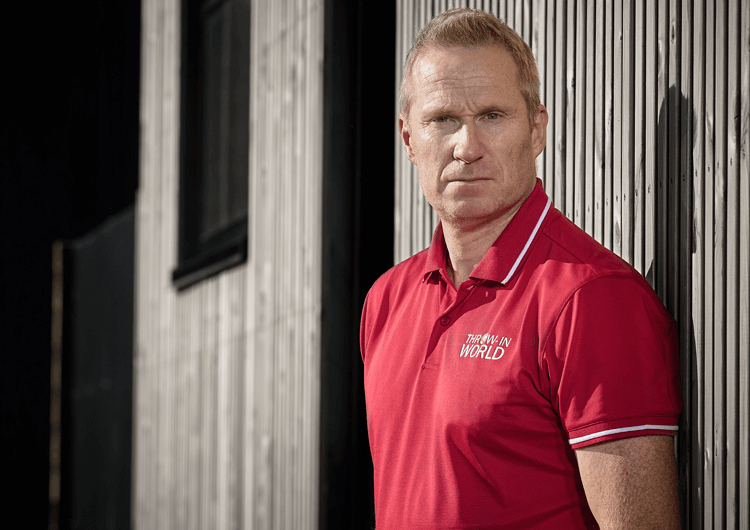 Thomas Gronnemark has worked as a throw-in coach at Liverpool under Jürgen Klopp, Ajax, FC Midtjylland, RB Leipzig and more. He discusses his career