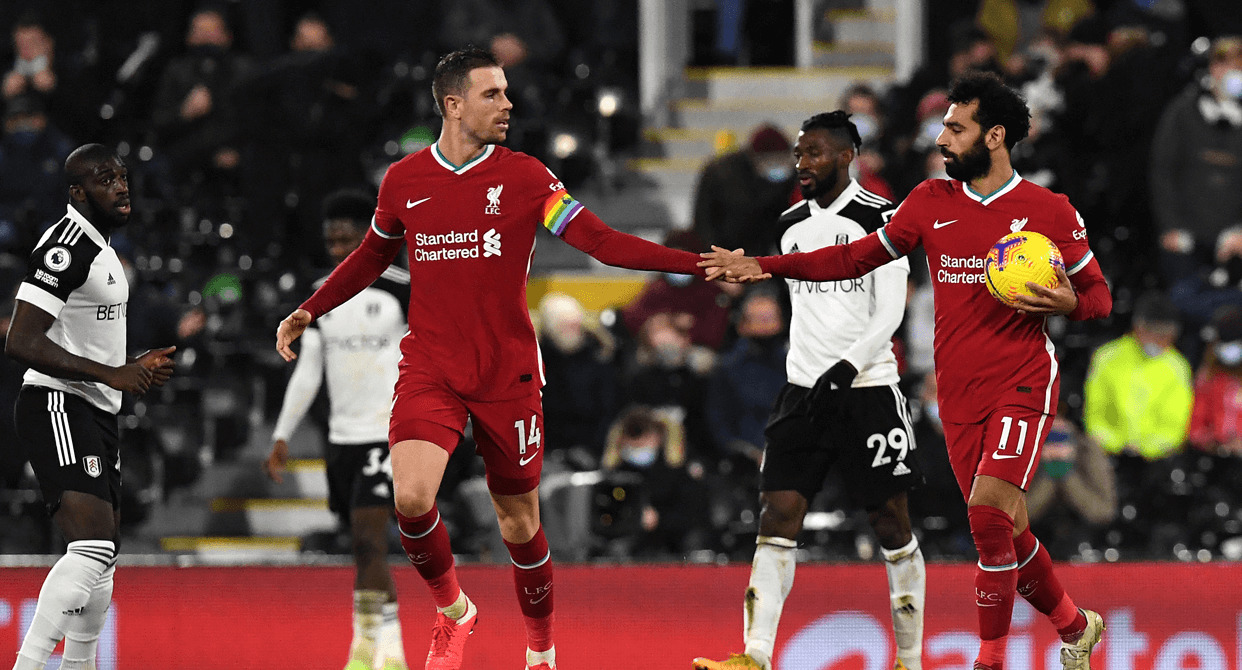 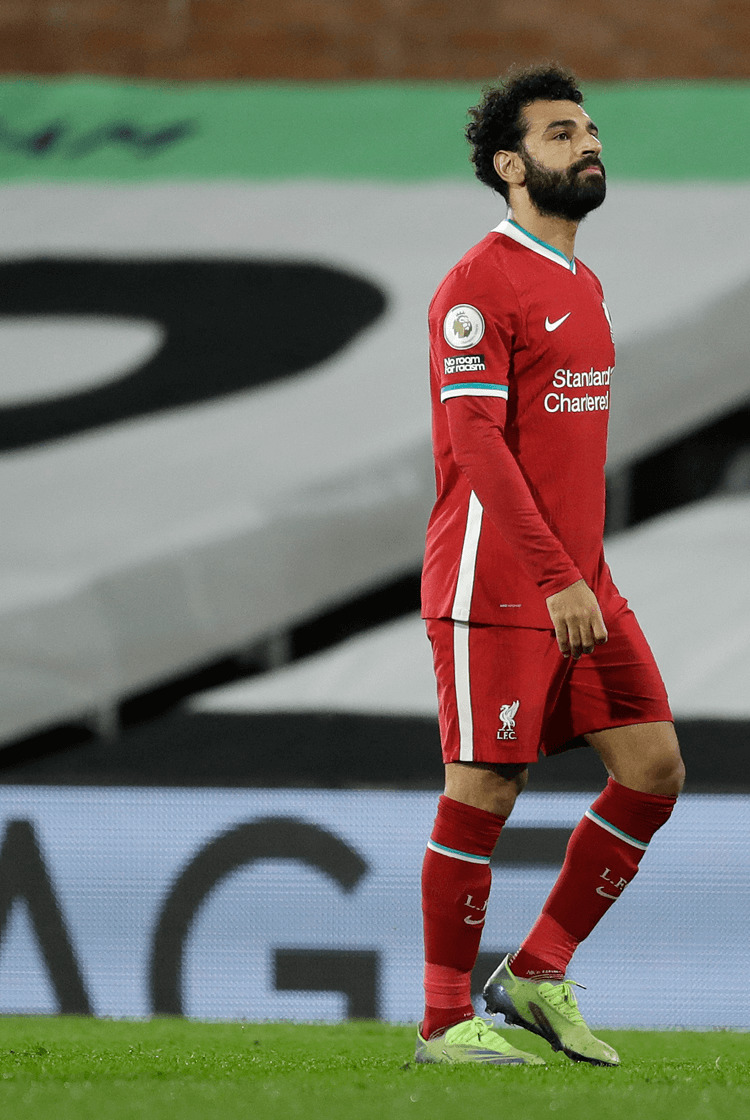 Liverpool wasted the chance to reclaim first place in the Premier League when they were held by Fulham, who demonstrated they remain capable of resisting relegation back to the Championship. Mo Salah's late penalty secured a draw, after Bobby Decordova-Reid had given Fulham the lead and Alisson had repeatedly denied Scott Parker's team, who were also denied a penalty by the Video Assistant Referee. "I feel a bit disappointed," Parker said. "The players do as well. It shows how far we've come. There were two different halves. The first half, we were every bit of what we needed – commitment, energy, desire, passion. We showed a real quality and caused Liverpool problems. The second half panned out like everyone expected. Overall I'm very pleased." His opposite number, Jürgen Klopp, whose team were left second, said: "In the first 30 minutes we were just not good. We could have lost the game in that period. After half an hour it was already better. The second half was good. We could have had more (goals)." 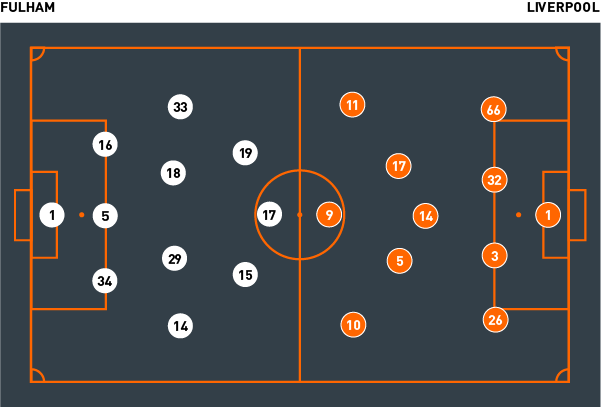 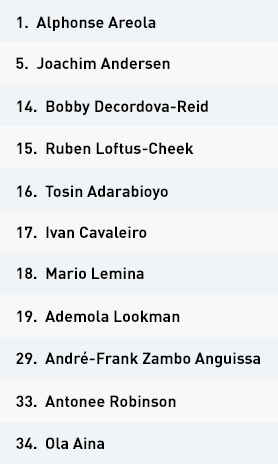 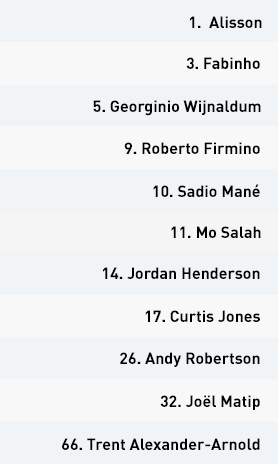 Fulham were organised by their manager Scott Parker into a 3-4-3 formation led by the front three of Ademola Lookman, Ivan Cavaleiro and Ruben Loftus-Cheek. Their visitors, Liverpool, defended with a 4-3-3.

Parker's team was often content to sacrifice possession, and during the periods they had it, Mario Lemina and André-Frank Zambo Anguissa remained behind it to provide protection against counter-attacks, inside of the advancing Bobby Decordova-Reid and Antonee Robinson. Fulham regularly target the spaces that existed in wide areas; their wide forwards and overlapping wing-backs particularly targeted penetrating into those between Liverpool's full-backs and central defenders.

They regularly succeeded in doing so, and when they did they played low balls into those making runs towards the far post; only the run not complementing the weight of pass prevented them from scoring. Further approaches involved attacking one-on-one through those wide areas – Lookman offered particular potential – and switches of play to his feet.


Lookman regularly succeeded in progressing behind Liverpool's defence to either cross or threaten on goal, and Fulham also offered potential on the counter, when they again targeted the spaces behind Trent Alexander-Arnold and Andy Robertson. With them advancing from full-back, Curtis Jones, Jordan Henderson and Georginio Wijnaldum were responsible for covering them.

Those counters threatened during the first half, but they became more difficult to execute during the second, given the depth of their defensive block, and therefore the significant distances they had to cover. Given those increased distances, Liverpool had further chances to delay them, and to recover their defensive positions.

Liverpool retained their manager Jürgen Klopp's favoured 4-3-3 formation that on this occasion featured Fabinho and Joël Matip in central defence. Their hosts, Fulham, defended with a 5-3-2, via Ruben Loftus-Cheek joining Ivan Cavaleiro in the final third.

Liverpool required patience in possession, owing to the organised and compact block with which Fulham defended. Scott Parker's team demonstrated a clear understanding of their roles and responsibilities, and worked to prevent Liverpool from playing through the central areas of the pitch. Their front two prioritised limiting opportunities for play to be switched in central defence or carried into the relevant half-spaces, as regularly happens in front of a lone striker.

The visiting midfielders therefore adopted wider positions to increase the distances Fulham's had to cover, and the attacking players in front of them withdrew into the spaces that that created, to contribute to attempts to penetrate forwards. It was Fulham's approach in the wide areas that was so influential to their resilience; the relevant central midfielder would engage the nearest full-back, Mario Lemina would move to take the opposing, ballside midfielder, and the relevant forward would take Liverpool's deepest-positioned midfielder.

Their wing-backs therefore remained compact with their three central defenders or advanced to negate overloads in midfield, but it was only when a lengthy switch of play that was too difficult for them to move across to apply pressure to that they did so. When they did, the closest central defender moved across to cover behind him, and Lemina withdrew into central defence. During the opening 30 minutes Liverpool recorded zero touches inside their penalty area.


During the second half Loftus-Cheek was moved, permanently, into midfield to instead form a 5-4-1 that increased Cavaleiro's workload and made it easier for Liverpool to progress possession in their defensive third, even if thereafter they had an additional player to overcome. Matip's injury meant Jordan Henderson being moved into defence, Takumi Minamino replacing him in midfield, and a 4-2-3-1 instead being adopted.

Their structural changes meant Fulham's wide midfielder, wing-back, and relevant central midfielder and central defender combined to provide cover and track runners when possession moved wide. Liverpool's full-backs, wide attackers and central midfielders worked to access the spaces behind Fulham's wing-backs but because of the defensive approach in place they struggled to do so, and they therefore began to prioritise crossing into the penalty area.

If they lack a significant aerial threat – particularly in the absence of Virgil van Dijk – they continued to offer potential at second balls towards the edge of the area, and complemented that by playing with greater aggression when one-on-one, in an attempt to create combinations, penetrative passes and efforts on goal. It was one such run that brought the free kick from which they were awarded the penalty converted by Mo Salah. For much of the second half, however, they struggled to advance through Fulham defending with 10 men, despite largely dominated possession.