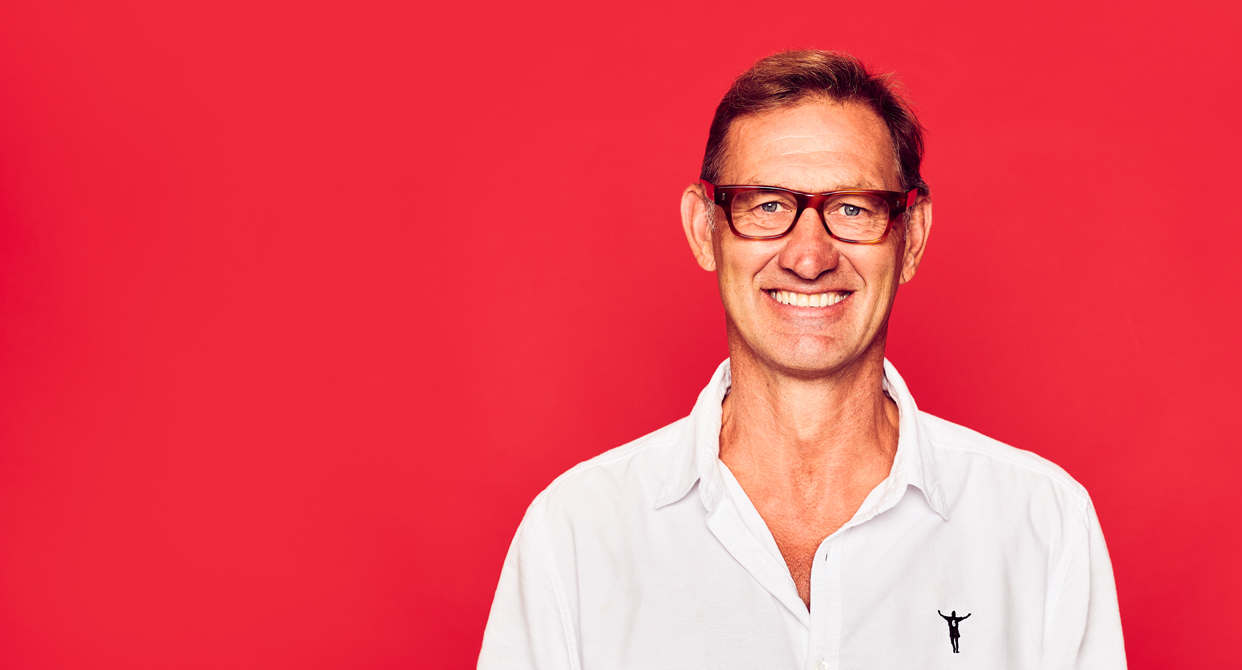 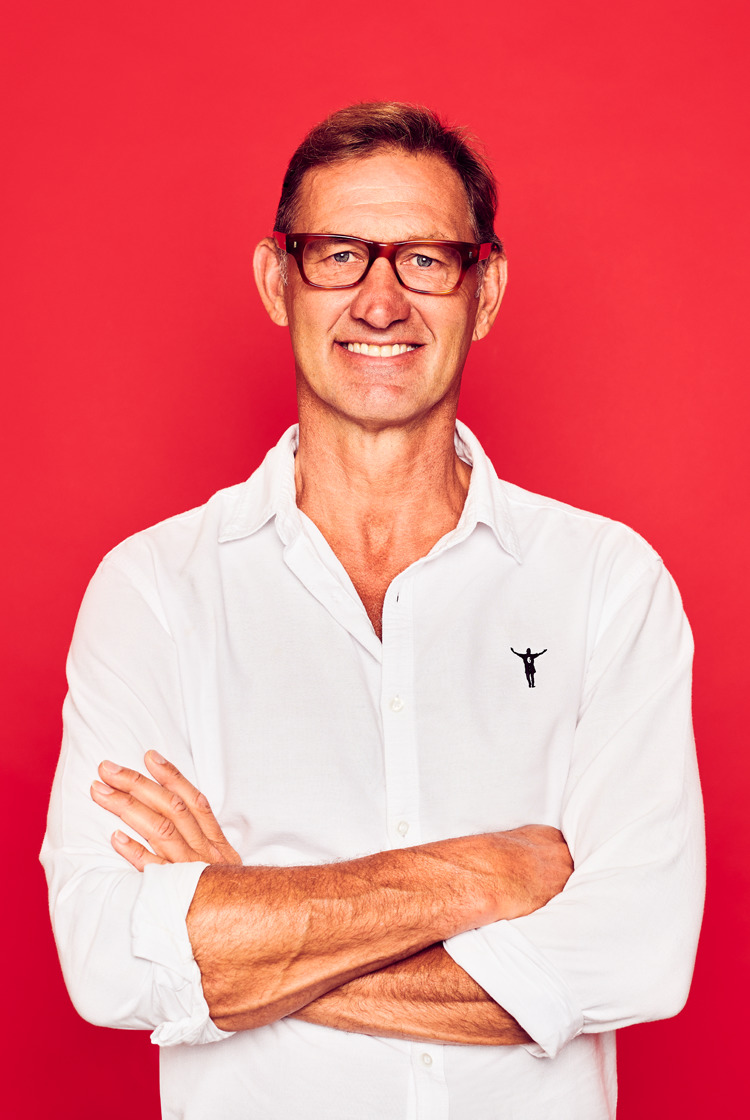 Heading into the 1988/89 season, Liverpool were seen as invincible.

They played a standard and brand of possession football everyone admired.

That was over 30 years ago – a different game, and a different era – but we’re still talking about those different styles with relevance to the game today.

Everyone saw George Graham (below) as a defensive coach, but he was everything but. We defended from the front, and pushed up to the halfway line – that’s why, at Highbury, everyone was always caught offside.

We played with a full press. We played on the front foot, and closed down from the front. George talked about previous Liverpool teams – those of Kevin Keegan and John Toshack, then Kenny Dalglish and Ian Rush, and how they were those teams' best defenders.

“Look at those great players, working hard defensively.” They were a great team.

George was very methodical, and he also used a lot from Terry Venables, who was his best mate. He worked us hard, and nurtured us. He had a system he wanted to achieve, and his assistant Theo Foley, a very different character, complemented him.

We also had six internationals who had come through the youth team – Niall Quinn, Paul Merson (below), David Rocastle, Michael Thomas, Martin Keown and myself – and '89 was born out of that team. There were some shrewd signings from George, but six internationals in the same youth team gave him a real chance.

After succeeding Don Howe, one of the greatest coaches this country’s ever produced, he capitalised on that. The timing was perfect.

In previous seasons we’d challenged for the First Division title, but we were unable to see it through. I believe it was a physical thing. That group of kids, who were used to winning things, had started to bloom.

Lots has been said and written about our back four – Dicko, Bouldy, Nigel and myself – and we all knew each other’s games inside out. At that point in their careers, Dicko (below) and Nigel were probably better offensively than defensively, but our understanding made us greater than the sum of our parts.

Our philosophy was based on keeping teams outside of the box, and the only way you do that is if you push your full-backs up and show opponents inside. We were then able to hold our lines.

"Liverpool weren’t invincible – and that was a breakthrough"

In the modern game, everyone shows opponents down the line, so they have to drop off and concede the box. The vast majority of goals still come from inside the box; our philosophy was to hold teams outside of it.

You achieve that on the training ground, and we worked on it every day. Dicko would push up, and show inside to me – George was always working on our body shapes – and I had the confidence to know what was happening to my left, whether to go tight on the opponent, and when they would be offside.

That autumn, there had been a run of eight wins and three draws from 11, when we twice drew with Liverpool in the League Cup, before they eventually beat us in another replay. We drew with them again a fortnight later – in a run of eight matches, we’d played them four times.

We learned that we were a match for them, and that they weren’t so invincible – and that was a breakthrough. Without that, I don’t think we’d have beaten them in the final match of that season. It gave us a hell of a lot of confidence, knowing that we were just as good. They became mortal.

"I had to get smashed, which meant that I wasn’t at my best"

At this period in my life, I was also getting drunk quite a lot after games. If not to the extent of the benders and blowouts that I was doing, drinking was part of the culture. I was a young man so could handle quite a bit, and other players were also drinking.

There was an episode, in early March, at a race night in Windsor. Even though we were completely drunk and out of order, that episode was seen as young men letting off steam. Around that point of the season, with Liverpool chasing us down, we also almost blew the title.

The nerves were creeping in, partly because of the way we’d fallen away in previous seasons. With everything that was happening around Hillsborough, we also had a bit more time to think – and, off the pitch, that’s not good. I had to go and get smashed to deal with it, and I’m sure that meant I wasn’t at my best.

The events of Hillsborough had also meant that a lot of Liverpool’s players were focused on things happening away from the pitch, and rightly so. It was a monumental tragedy.

By comparison, we had the ignorance of youth.

I felt quite numb to it all – I was unconscious even of a lot of what was going in my own private life. I was reacting, but not responding.

Shortly before Hillsborough happened, we’d started on a run of five wins from six. We only dropped points in a 1-1 draw at Manchester United, where I scored both for and against us.

Then, in the build-up to that trip to Anfield, we lost at home to Derby and drew at home to Wimbledon, when we could have had the title secured.

By then George had already experimented with us using a back three, which he favoured again at Liverpool. He also decided we should travel there – for a rare match live on television, and on a Friday night, between second and first place – and back in a day.

He quite liked doing that. “Get in. Get out.”

It was very military – get in, smack ’em, and get out again – and on occasions it worked for us. It built a siege mentality. We’d been well drilled in doing that.

I can still remember Sir Alex Ferguson shouting: “Show him on his left foot! He can’t kick it with his left.” Other than me playing on the left of that back three, I don’t think there was a player in the squad uncomfortable in that system.

That back three was chosen because George wanted to stay in the match. When you get lots of numbers behind the ball, it’s effective. If the other team was better than his in possession, he didn’t believe in opening up – he believed in keeping a clean sheet and letting teams kill themselves.

That approach is widely seen as negative, but I don’t believe it is.

We only used 17 players in the league that season. We were a small, mostly British group, and we had characters.

Bouldy, to give an example, would often be sat at the back of the bus saying we were going to lose. “We’re going to get stuffed today.”

He liked to feel like he had nothing to lose. I was at the other end of the scale, thinking I was going to win everything, and running around like an idiot trying to prove it.

I actually tried too hard that night at Anfield, but George played it perfectly. He was the father we needed to keep us calm in that situation.

“If it’s 0-0 at half-time, I’ll be delighted. Stay in the game. At some stage we’ll take Bouldy off, go with a back four and go for it, but not yet. Keep calm.”

"The chance, to win the title, had to fall to Michael Thomas"

Back then, half the players went to Anfield, saw the This Is Anfield sign, and were beaten. Others relished it. That evening, we went out with the attitude: “We’re going to smash them.”

It was a lovely touch that our directors came up with, taking the flowers to the fans before kick-off. It was from the heart, and it was appreciated. But the players were fully concentrated on the match.

It was what we needed. Getting that one goal, from Alan Smith, gave us more confidence, and we then introduced another forward and went for the back four, which made the difference in us getting the title-winning goal.

That chance, to win the title at the very end, had to fall to Thommo. He was an ice cube in a sauna. He was very laidback, and he was an incredible footballer – he could run all day.

There wasn’t another person I’d have wanted to be in that situation – certainly not me. Maybe Merse, on his right foot, could have tucked it away, but it was Micky Thomas’ moment (below). He’d missed just before that, and at that point I was trying to win the game by myself – and not doing too well.

If you speak to the others, to John Lukic, about why he threw it out, he’ll tell you: “I don’t know.”

To Lee Dixon, about why he kicked it up to Alan Smith, he’d probably say: “I did it a million times. Maybe I could have played it in short.”

To Alan Smith, about why he took it on his chest and knocked the ball through, and it ended up on Micky’s right foot in the last seconds of the match...

It was an incredible moment, but the game was still going on. Nigel Winterburn was celebrating behind the goal and I shouted: “Get back in! We’ve got to defend!”

I was busy doing my job and getting others to concentrate, which was a natural thing for me.

When the whistle went, I was blown away. It was the only game ever that took my legs away with emotion at the final whistle. I dropped down to my knees.

I just collapsed – that’s the only time in my life I’ve experienced emotions taking me off my feet. I found myself on my knees thinking: "Fucking hell."

It was written in the stars, winning with that last kick.

It was just one of those special moments in time.