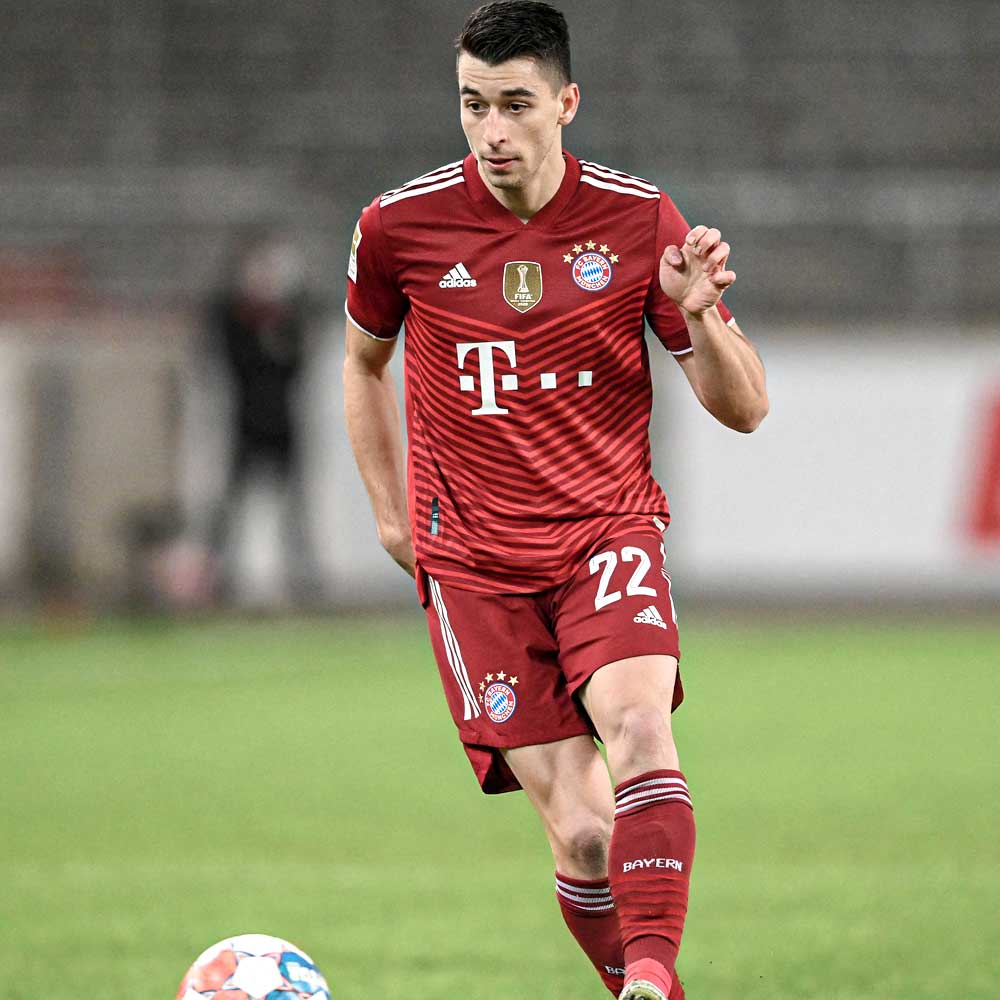 Leeds United continued their Jesse Marsch-led revolution with the statement signing of midfielder Marc Roca from Bayern Munich for a fee believed to be in the region of £10m. The 25-year-old became the club's third signing of the summer of 2022, following the arrivals of Brenden Aaronson and Rasmus Kristensen from Red Bull Sazburg – the club that Marsch used to manage.

Leeds are making steps to improve on their 17th-placed Premier League finish in 2021/22, and the arrival of a player with Champions League experience and two Bundesliga winners' medals to his name is a sign of their intent. Roca did not play much football in Germany, however, and the opportunity to play regularly was a big part of his decision to move to Elland Road.

"I stayed at Bayern for two years and I want to play more games," Roca said. "It's a good opportunity for me to be here and I'm very happy. You always know about Leeds and their history. It's an incredible team and an incredible atmosphere at Elland Road. Everybody talks about it and I'm happy to be here."

Marc Roca is a left-footed midfielder who is most comfortable playing in defensive midfield, though he has also played as a number eight. He played in a flat central-midfield two with Espanyol, and then as part of a deeper double pivot at Bayern.

He constantly looks to get on the ball, and will usually move towards play to receive from a central defender. He controls the tempo of games by dictating play during the build-up phase, providing a connection between the centre-backs and more advanced midfielders (below) or full-backs who have pushed on. Like many Spanish defensive midfielders, Roca often pauses on the ball to draw in an opponent before finding a free teammate. He doesn't yet do this as often or as intelligently as players like Rodri, Sergio Busquets or Xavi, but he is improving when it comes to the timing of when to release the ball having drawn an opponent out. This pause is important, because it can help create space for midfield teammates further forward.

The main aim of Roca’s play is to break the opposition’s first line. One of his best traits is the speed at which he plays forward passes. He consistently plays quick enough passes to bypass several opponents, but keeps them soft enough that the receiver can control, turn and then play forward. The detail on his passes is another strength; he regularly finds the teammate's foot that is further away from incoming pressure, which helps them turn and maintain possession.

When receiving beyond the opposition’s first line of pressure, Roca tends to then play more simple passes, but with equal consistency and accuracy. His aim in these positions is to find a teammate who can then look to break into the final third. He did this best at Bayern, when he had lots of players making runs ahead of him in all directions. Robert Lewandowski dropped towards the ball, while players like Thomas Müller and Jamal Musiala roamed in central spaces. Roca had so many options that he looked to quickly find a teammate with a simple, quick pass (below).

Roca is capable with both feet, which helps him move the ball quickly. He usually controls the ball with his right before passing with his left in one fluid motion. He does this effectively when receiving from a full-back, before opening up his body to see the whole pitch, and then looking to switch play or work the ball forward to a teammate between the lines.

He is not the most combative of central midfielders out of possession, but he reads the game well. He shows a good understanding of when to attempt to pinch the ball, or move out of his position to make an interception. He tends to stay central and screen passes through the centre of the pitch, but he covers ground quickly and can make interceptions in wide areas, too. His overall ability to cover and screen ahead of his two centre-backs is a key part of his game (below). When playing in a double pivot, he does a good job of protecting the defence.

A key part of Roca’s defensive-midfield game is his involvement in wide rotations and the support he provides underneath advancing full-backs. By moving into the inside channels, he provides an out ball if play needs to be recycled, as well as cover beneath the full-back. As the full-back overlaps, the winger moves inside, or if the full-back underlaps, the winger holds the width (below) – and Roca’s positioning allows that to happen. For Bayern, the wide rotations were key to finding the crucial central pairing of Lewandowski and Müller. Roca’s initial support during build-up play was key, and the cover he provided in defensive transition meant that Bayern could quickly win the ball back and maintain pressure on the opposition.

Roca’s ability to break lines and find players who rotate into the wide areas and inside channels was also a key component of these movements. Wingers such as Leroy Sané or Serge Gnabry would move inside from the left and drop to receive to feet. This helped create central overloads, and Roca’s ability to play penetrative passes led to direct passes fizzed into the inside channel. Bayern had the quality of player high up the pitch to then progress play swiftly after this initial forward pass.

As play breaks down ahead of him, Roca shows a good understanding of his responsibilities. He is intelligent in transitional moments, with an understanding of when to aggressively jump forward and leave his man to make an attempt to regain the ball (below), and when to step forward to support a counter-press – something Bayern do extremely well under Julian Nagelsmann.

Roca covered out wide when full-back teammates pushed forward around the outside. He tracks wide runners well, allowing the centre-backs to remain central and reducing the chances of them being pulled apart. He is particularly good at delaying the opposition through clever choice of his angle of approach, which gives the full-backs a chance to recover while other central midfielders push play towards the touchline. Although he rarely looks to regain the ball in these situations, he does an exceptional job of limiting the opposition’s progress, and stopping counter-attacks early on.