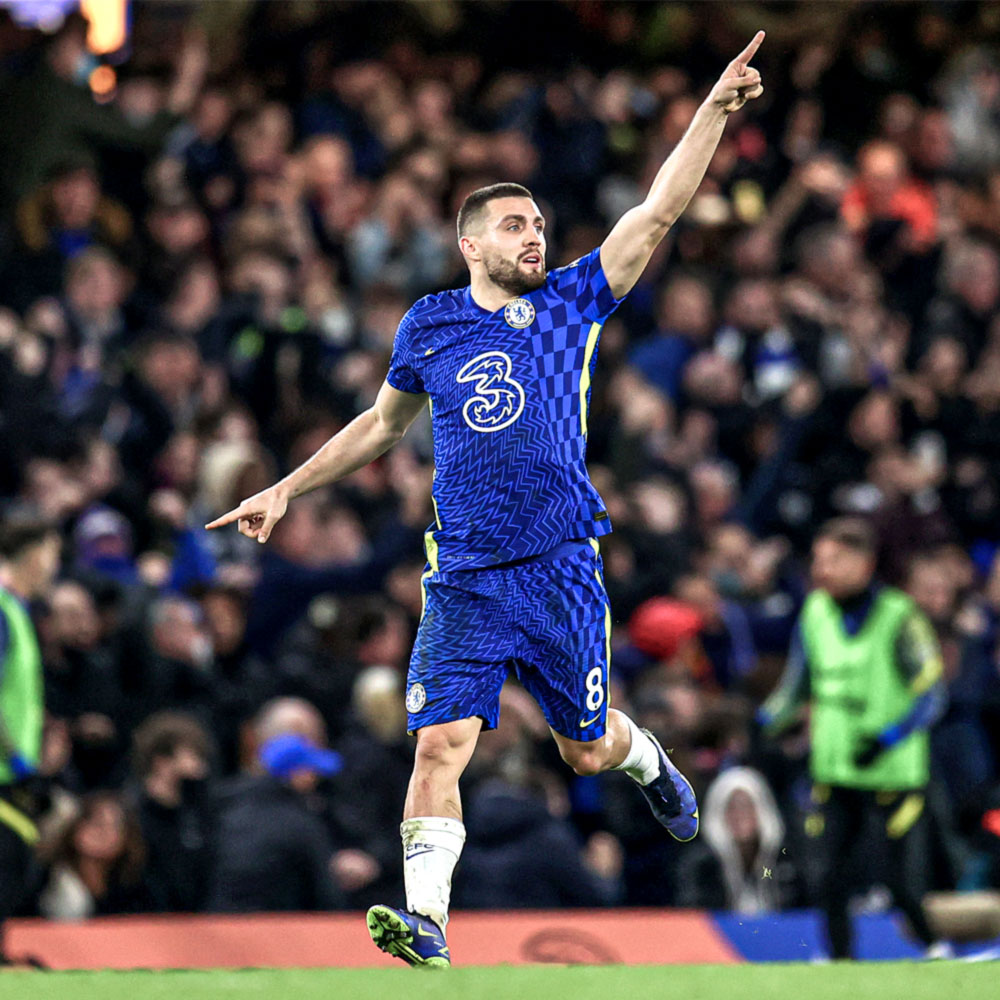 Pep Guardiola and Manchester City were the real winners from a thrilling, breathless encounter between their two chief title rivals at Stamford Bridge. Chelsea manager Thomas Tuchel left unsettled forward Romelu Lukaku out of his matchday squad, while Liverpool were without Covid positives Alisson, Joël Matip and Roberto Firmino, as well as head coach Jürgen Klopp. Despite this, the two teams put on a superb display of top-quality football that looked to be going the visitors' way after strikes from Sadio Mané and Mo Salah – both now off to the Africa Cup of Nations – saw them into a 2-0 lead within the half-hour. A glorious volley from Mateo Kovacic halved the deficit, however, with Christian Pulisic firing in an equaliser in first-half stoppage time. Neither team could find a winner in a pulsating second half.

"A brilliant match of football, everybody not in the stadium missed something," Tuchel said afterwards. "We turned it around, we were close to winning it. To coach in that game was high level – it was on the edge and could have gone either way. A good Sunday afternoon and new year." Pep Lijnders, deputising for the absent Klopp, agreed: "It's never boring with us, eh? We're really proud of the boys because they made a proper football match. There was incredible intensity from the start with both teams. Overall, for the public it must have been an unbelievable game."

High wing-backs
Thomas Tuchel set his team up in a 3-4-2-1 shape, in which both wing-backs – Marcos Alonso and César Azpilicueta – pushed very high (below). The hosts targeted the spaces in behind Liverpool’s typically high back line, most often with direct passes over the top for the wing-backs to receive away from the congested central spaces. The narrow front three of Christian Pulisic, Mason Mount and Kai Havertz supported through the inside channels, making regular runs between the full-back and centre-back to combine with the wing-back on that side. Curved passes across the Liverpool back line, or switches of play across the pitch, helped Chelsea change the point of their attack – they used these regularly to access the number 10 on the far side.

Attacking against a lower block
Out of possession, Liverpool defended in a compact 4-3-3 mid-block. They rarely pressed high in the first half, however, and often dropped into a low block that more resembled a 4-5-1. Against this, width and height from the Chelsea wing-backs continued to represent the hosts’ best form of progress – particularly when the number 10s occupied the Liverpool full-back on that side (below). They controlled both the possession and tempo in the first half, but struggled to create significant chances – it took a superb strike from Mateo Kovacic to get them back into the game before Pulisic equalised moments later. One key aspect of Chelsea’s second was assertive defending from Antonio Rüdiger – both he and Trevoh Chalobah, the wider centre-backs, stepped forward to support underneath the wing-backs against Liverpool’s low block.

Using the double pivot to create wide overloads
Liverpool increased their pressing in the second half; number 8s Jordan Henderson and James Milner often jumped out to press the Chelsea wing-backs. This created central gaps in which the double pivot of Kovacic and N’Golo Kanté could receive and combine with the front line. The number 10s widened to create more central space, and attack more on the outside of the Liverpool full-backs (below). Whenever the wing-backs subsequently pushed forward and play was switched, Chelsea could create wide overloads with the number 10 and wing-back against the Liverpool full-back.

Number 10s running in behind
Chelsea’s number 10s also looked to offer more runs in behind the Liverpool back line, often receiving from the double pivot – both of whom were particularly impressive in all moments of the game. These runs  from the widest of Chelsea’s rotating front three served to drag one of Liverpool’s centre-backs out of shape (below), with the wing-back now offering attacking support from underneath the ball. From here, Chelsea attempted to cross and switch play into the other members of the front line, against a back line they had worked to disorganise through those initial movements.

Dropping movements from the number 9
Despite the absence of manager Jürgen Klopp from the touchline, Liverpool set up in their usual 4-3-3 attacking formation. Chelsea set up in an aggressive 5-2-3 defensive shape, with the wing-backs often pushing forward on to Liverpool full-backs Trent Alexander-Arnold and Kostas Tsimikas. With the hosts’ double pivot covering any movements from Jordan Henderson or James Milner, central spaces emerged for Diogo Jota to drop from his starting central-forward position and receive between the lines (below). From here, the visitors would then look for the familiar direct runs in behind the back line from wide forwards Sadio Mané and Mo Salah.

Double movements and runs in behind
Liverpool continued to benefit from the movements made by Salah and Mané, who frequently received in behind the Chelsea centre-backs. Whenever Jota remained higher, the wide pair would look to move towards the ball, often dragging Chelsea’s wide centre-backs out with them. With the hosts’ wing-backs still applying aggressive pressure on to the Liverpool full-backs, gaps emerged in the Chelsea back line. Double movements from the Liverpool wingers worked to exploit these gaps, as Salah demonstrated superbly for the visitors’ second goal (below).

Rotations on the left
The Liverpool left featured more rotations in the second half, as Milner moved wider from central midfield and Tsimikas pushed further forward slightly earlier (below). This allowed Jota and Mané to rotate, and also take up narrower positions as a pair – especially as Salah held the width more on the right flank. From here, Liverpool continued to try and make runs in behind the Chelsea back line, while using one member of the front line as a dropping link to receive between the lines. The hosts’ back three were unable to effectively cover both movements at the same time.

Chelsea’s aggressive press
Liverpool faced an aggressive Chelsea press throughout the match, with the home side often utilising a man-marking strategy. In Liverpool’s 4-3-3 shape, Fabinho was key to their build-up. Whenever he broke the Chelsea press, often through a central dribble, the visitors could connect into their front line and take advantage of Chelsea often leaving a 3v3 at the back. Movements away from the ball from Liverpool’s other midfielders created further room for Fabinho to drive into (below), while also giving better access into Liverpool’s wide forwards. Because of the aggression and consistency of Chelsea’s press, however, the visitors struggled to progress forward; the back line in particular lost possession too often across the 90 minutes.