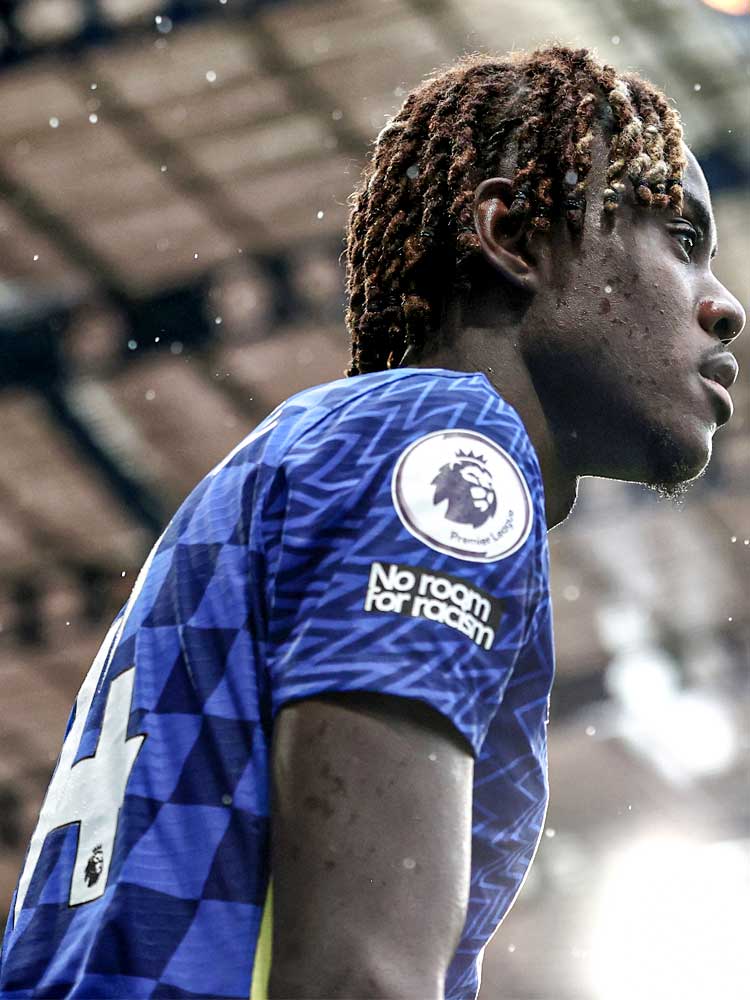 Profile
When Thomas Tuchel succeeded Frank Lampard at Chelsea, the suspicion was that their talented academy graduates would struggle for first-team opportunities. A number had flourished under Lampard, who initially operated under the restrictions of a transfer ban, but results had gone the wrong way under the Englishman. With the ban lifted and the club again investing serious money in the playing squad, it was thought that Tuchel would look to proven talent to lead Chelsea back to the heights expected of them.

Tuchel certainly achieved that, leading the club to a second Champions League triumph in May 2021. But the team that started the final in Porto, against Pep Guardiola's Manchester City, featured two Chelsea youth products in Reece James and Mason Mount. Another, Callum Hudson-Odoi, was on the bench. And yet another, the previously peripheral figure of Trevoh Chalobah, started the 2021/22 season as a first-team regular.

Chalobah has featured most consistently as the right-sided central defender in Tuchel's preferred back three, with fellow youth product James as the regular wing-back ahead of him. "He was very strong in pre-season, showed no nerves, and when it came to the first start, he played in the Super Cup," Tuchel said. "He's doing his thing and he is not affected in the moment by too much praise or by the pressure that can arise with spectators."

Tactical analysis
The right-footed Chalobah is a versatile player who is proven as both a central defender and defensive midfielder. When defending as an individual he presses effectively with aggression before slowing down as he approaches his opponent, and regularly succeeds in preventing opponents from turning when they receive the ball – even if they are physically imposing.

Complementing that aggression when defending from behind (below), he is also effective at reaching for the ball without conceding fouls, and largely because his upper-body strength means he can push across opponents and towards the ball, or dispossess them from either side. It is when opponents attempt to beat him to his right that he is particularly capable; when defending with his left foot he is less consistent.

For all of his aggressive instincts, Chalobah rarely moves fully ahead of his opponent, which means fewer interceptions being made than would otherwise be the case. He favours applying pressure from behind or to the side of his opponent, and duelling both in the air – where he is similarly aggressive but less successful, particularly when reliant on his unreliable timing when he doesn't have space to run into – and on the ground.

He regardless astutely reads what's unfolding around him – and therefore adapts his body shape to provide cover in behind and to protect from alongside or around his teammates (below), often via quickly shifting his hips to spin and sprint – and the body shape of the opponents seeking to play direct passes. That ability to provide defensive cover when tracking opponents also extends to those making runs in behind, when he can cover the full-back or wing-back alongside him against those making runs to receive in wide territory, or another central defender should the relevant opponent be attacking infield.

When the ball is at his feet, Chalobah is similarly impressive when playing it. He regularly succeeds in switching play towards the other side of the pitch, targeting the spaces in behind for those making forward runs (below), and playing into the feet of others. He regularly strikes across the ball with power, and in a way that the ball slowly drops into the path of runners to encourage them to continue to penetrate forwards.

Should he be under pressure, he favours allowing the ball to move across his body and then playing forward passes with whip. Doing so complements those moving in behind, those attempting to receive in more withdrawn positions, and those moving wide to resist defensive pressure in central territory.

Role at Chelsea
Chalobah has most consistently featured as the right-sided central defender in Chelsea's back three. When he advances to press from the right (below), he uses the touch line – he particularly favours doing so when transitioning into defensive phases – but against attacks towards the opposite side of the pitch he aggressively presses into central midfield, where his experience as a defensive midfielder proves valuable in him reading the game and covering and blocking counters. That Chelsea's right-sided wing-back – most commonly James – is so often in an advanced position makes Chalobah particularly influential.

The cover and pressure he contributes against opponents attempting to counter after losses of possession, and his ability to delay and slow those attacks to the extent his teammates can recover their defensive positions or press the ball from behind, has been admirably consistent since his promotion to Chelsea's first XI. They mostly defend with a 5-3-2 or 5-2-3; space for opponents to attack into is therefore likeliest to exist in wide territory, increasing the demand on Chalobah to press through the right inside channel, where they so often seek to trap the ball, and make regains.

The reality of their shape (below) means he is also regularly forced to defend against attacks in behind and to provide cover from behind James, where he defends as effectively as he does when more central, and where his versatility in adapting to the opposition's movements proves so valuable. He demonstrates aggression when making regains, and then discipline to force possession away from goal.

When he is the player in possession his long-range passes from the defensive third most consistently target their number 10s making forward runs through the inside channels. With his opposing full-back pressing James, there is increased space for Mount, Timo Werner or another to make runs in behind and stretch their opposing central defenders, and Chalobah considers the speed and angle of pass, and the characteristics of the target of his pass, before delivering it.

He recognises that Werner and Christian Pulisic are among those who prefer to receive on the move, and that Mount and Hakim Ziyech, in contrast, favour passes into their feet. Chalobah's bending forward passes have also reached Romelu Lukaku when he is occupying opposing central defenders before linking into those making forward runs through the centre of the pitch or overlapping while wide.

Chalobah's shorter-range passes are mostly played into Chelsea's defensive midfielders, and via the right inside channel. He, similarly, seeks to support from behind the ball when it's in midfield, and detects when it's preferable for him to retreat to increase the space that exists there. His passes, regardless, are rarely penetrative; he is likelier to combine and play into his closest teammate, whether that be the wing-back outside of him, or the central defender to his left.