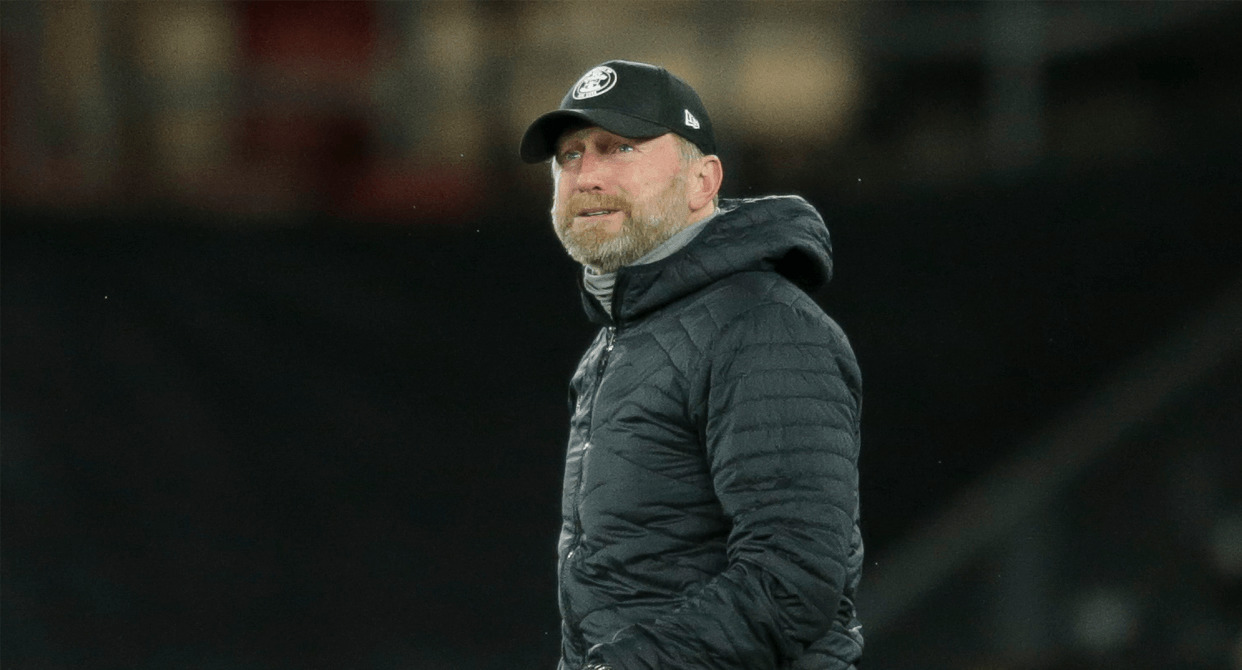 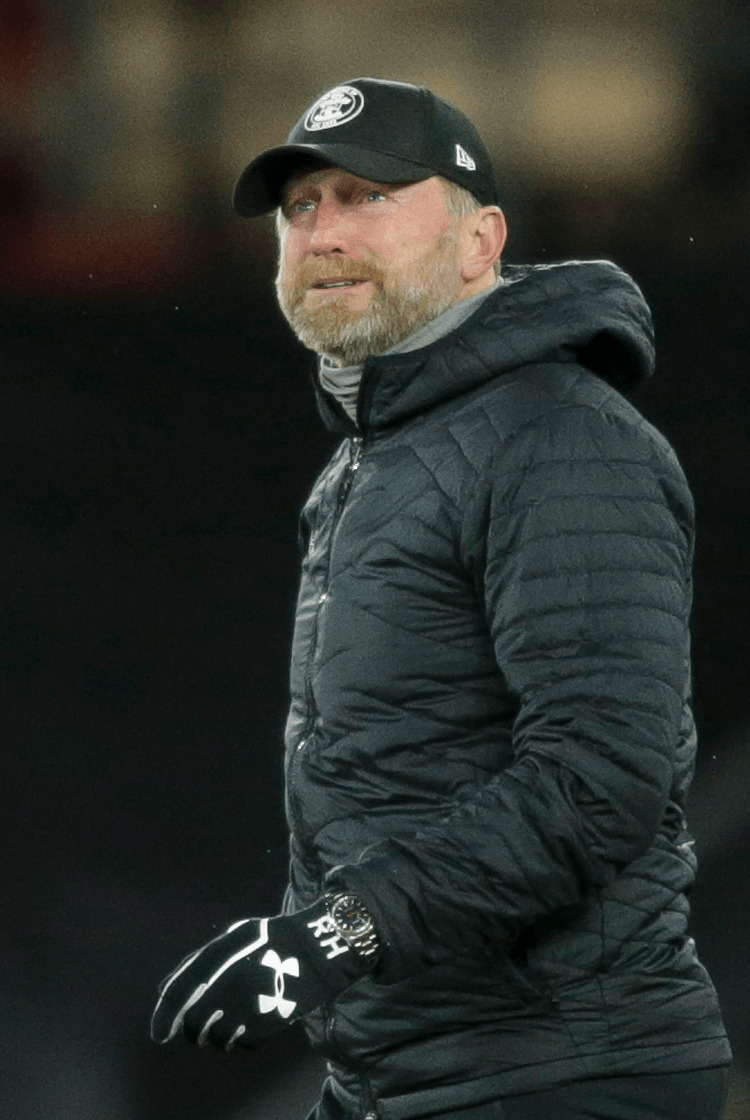 Southampton manager Ralph Hasenhüttl was brought to his knees and reduced to tears at the final whistle when his team recorded their latest impressive victory – this time over defending champions Liverpool and their manager Jürgen Klopp, who he has so often been compared to. A masterful finish in only the second minute from former Liverpool forward Danny Ings, following another fine delivery from James Ward-Prowse, gave them the lead, and they thereafter negated their opponents, perhaps doing so more convincingly than any other team since Klopp's influence has truly began to show. "We were under massive pressure and the defending around the box was the key, and then we still tried to play football," Hasenhüttl said. "We did it in a good way. It was an intense game; my voice is nearly gone. The guys believed in what they were doing. It's a perfect evening." Klopp, who had little choice but to select midfielders Jordan Henderson and Fabinho in central defence, said: "You know exactly what you are going to get from them. You cannot be surprised but we looked surprised. They put a lot of work in. Our decision making was just not good. That is how it is when you don't have momentum." 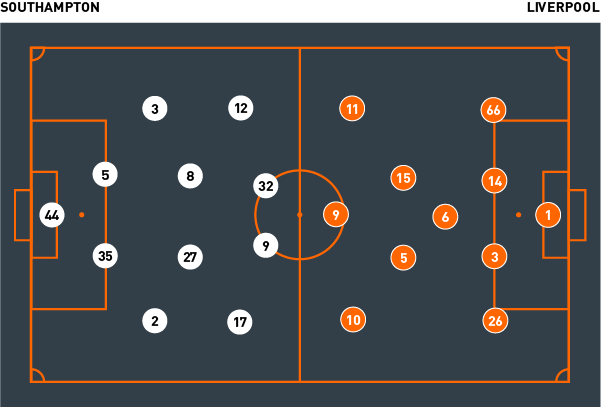 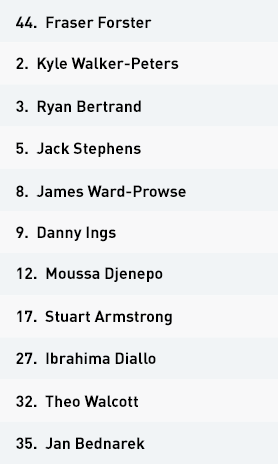 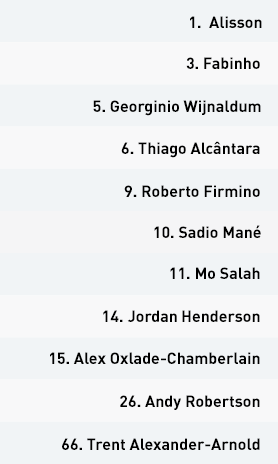 Southampton were set up by Ralph Hasenhüttl into a 2-4-4 formation that was built on central defenders Jan Bednarek and Jack Stephens, and featured Danny Ings and Theo Walcott as their central attackers. Liverpool defended with the same 4-3-3 with which they attacked.

The hosts often willingly conceded possession and instead waited for the opportunities they sought to attack. They posed their greatest threat during moments of transition, when their defensive approach contributed to numerous early regains that encouraged them to attack quickly with their four most advanced players.

Liverpool tried to press Southampton if they were attempting to build from the back. That press was led by their front three focusing on Southampton's two central defenders while trying to screen access into their full-backs.

Southampton's front four offered contrasting movements and those behind them attempted to play passes either into the forward runs made in behind Southampton's defence or to the feet of those withdrawing into deeper positions. If the latter option was taken, possession was then set back to either James Ward-Prowse or Ibrahima Diallo, who by facing forwards were able to deliver penetrative forward passes or to play the ball wide.


A further approach involved the far-side wide attacker withdrawing into the opposite half-space and the in-possession central defender seeking to play a diagonal pass towards him through midfield. Their central midfielders and those withdrawing from the final third to receive also impressed in receiving and advancing via one-on-ones when there was pressure being applied from behind them.

Southampton regularly showed the confidence to play to feet, and by beating that first opponent further progress became possible, eventually to the point of a four or five-on-four. Only mistiming some of those forward runs, and therefore being caught offside, prevented further, more convincing, attacks.

Liverpool were organised by their manager Jürgen Klopp into their long-favoured 4-3-3 formation, and on this occasion had little choice to play Jordan Henderson and Fabinho in central defence, behind the returning Thiago Alcântara. Southampton defended with a 4-4-2.

The hosts' defensive structure was particularly difficult for Liverpool to play through, and to the extent that, unusually, they struggled to adapt and overcome it. Danny Ings and Theo Walcott formed Southampton's front two, and they shared the responsibility of pressing the in-possession central defender and occupying Thiago. The midfield behind them remained narrow – their left and right-sided midfielders regularly adopted a different supporting angle to restrict passes into Liverpool's wider central midfielders and wide forwards, and to retain access to the full-backs outside of them.

If that risked potentially dangerous three-on-threes between Mo Salah, Roberto Firmino and Sadio Mané against two central defenders and a full-back, Southampton impressively managed that risk by winning the majority of the relevant individual battles. They wanted Liverpool to play wide, so they therefore set a trap to force mistakes – the player receiving possession was pressured from all angles, those around the ball were also taken, and the return pass was screened.

A large number of turnovers and mistakes were forced in those areas, and that trap was complemented by Southampton's midfielders retaining a compact shape. If that compactness left them vulnerable to switches of play, the pressure applied to those in possession meant that they rarely recognised switches could be executed, and would have struggled for the time required to play them if they did.


Liverpool attempted to adjust by using Georginio Wijnaldum as a false full-back behind the advancing Andy Robertson, when Firmino was withdrawing into a deeper position. With those movements discouraging a defender from moving with Firmino, an alternative opponent had to do so, in turn creating a free player, but if that took them beyond the first line of Southampton's structure it rarely took them further.

Klopp's team had consistently proven capable of finding the solutions required to secure victory, but their recent performances have demonstrated the opposite. Their struggles to play through midfield contributed to them playing longer passes in behind at an earlier stage or switches of play, but Southampton proved as capable of defending against vertical aerial passes as they did of moving across to undermine the potential of any switches that were attempted.

Southampton increasingly defended from deeper territory, limiting Liverpool's space but creating more deflections and, to a degree, chaos – when Liverpool and their alert front three actually posed their greatest threat. The hosts also adopted a narrower shape, so Liverpool attempted combinations before playing wide to their advancing full-backs to either shoot or deliver low crosses into the penalty area. Again, however, Southampton's defence proved capable of defending against those efforts, and support offered in the form of their midfielders recovering to block meant that they regularly offered six players between where the cross was played from and its intended target. They were superbly organised.