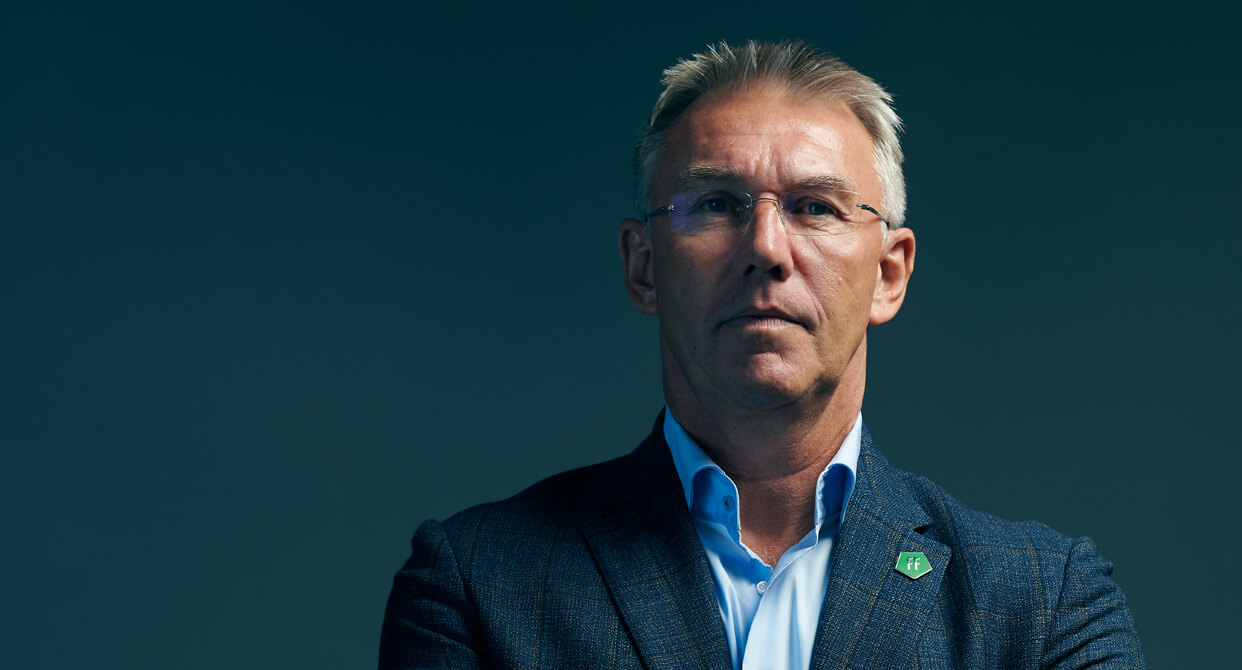 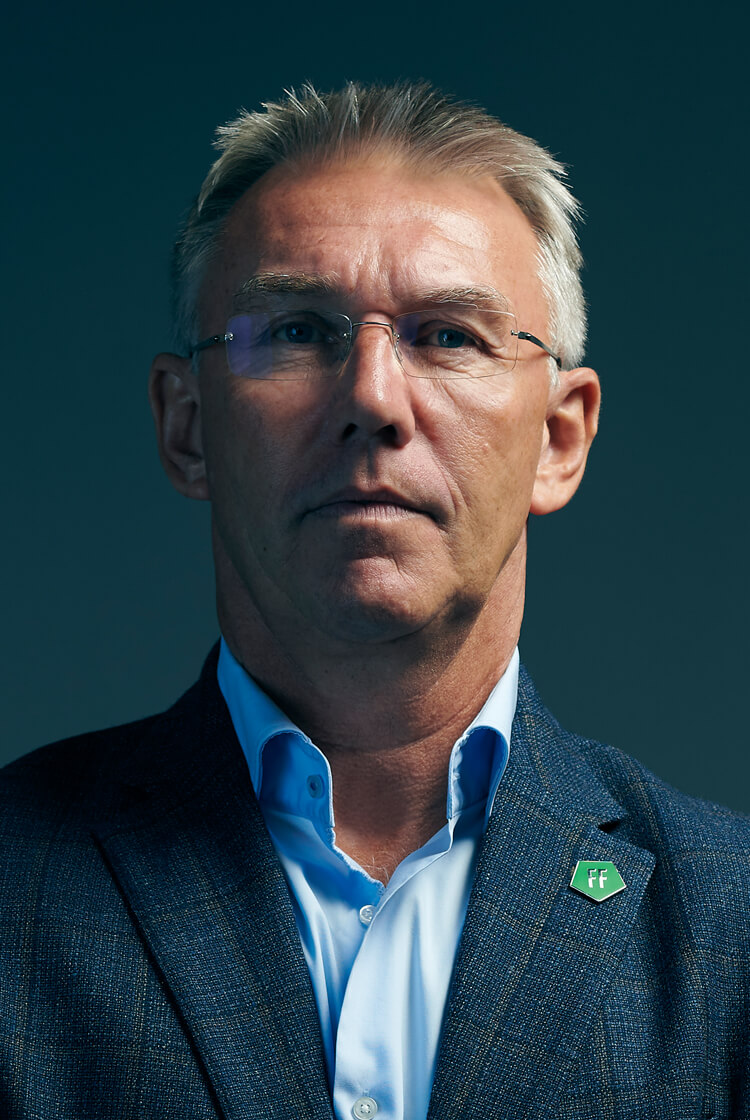 “How are you doing fellas? Nigel Adkins.”

It was my first day at Southampton. We arrived at the training ground, and the first port of call was going to see the players. I could see them thinking: “Who’s he?”

I had left Scunthorpe, who were sixth in the Championship. Southampton were 23rd in League One. The first thing had to be that meeting with the players.

“I’ve got one rule. Don’t do anything detrimental to yourself, the team, or the club. Face the consequences of your actions if you do. It’s my one rule. Who’s the club captain?”

Kelvin Davis put his hand up.

After that, I just got them talking. I asked them: “What type of team do we want to be?” I was judging who were the good characters. The strong characters.

That afternoon, I came back in for a staff meeting. I was sat in that room thinking: “How many are there?”

“I have to make sure that, one, the team wins, and two, we extract every ounce of potential out of the players. To do that, all of us have got to collaborate.”

“The ambition of the club was to reach the Premier League”

I wanted a fit side that could play fast football, but technically good football. This was League One, but I wanted them to play out through the thirds, attack and score goals.

We used to sit in a room for hour upon hour, devising. We would do it again and again.

I didn’t want ‘yes’ men, either. I would always play devil’s advocate, and question what we were coming up with.

It was great. We learned as we went, and that season we ended up getting promoted to the Championship.

We also played Manchester United in the fourth round of the FA Cup. I said to Sir Alex Ferguson: “I want to be in management for a long time. I know you have to win. What are the other things you’ve got to do?”

The ambition of the football club was to reach the Premier League, and we achieved this.

When we got promoted with back-to-back promotions, I felt at home. As a team, we were constantly improving.

Our first four games were at Manchester City, at home to Wigan and then Manchester United, and then away at Arsenal.

At City I gave James Ward-Prowse his debut at 17 (below); we had a pathway for the Academy players, and James became the club captain. One of our new signings, Jay Rodriguez, was on the left, and he was super-fit. Another new signing was Steven Davis, who scored on his debut.

We were doing okay, but conceded a penalty just as the half-time whistle was due, and ultimately lost 3-2. At our debrief on the Monday, I asked Jos Hooiveld and José Fonte, our central defenders: “What was the biggest difference you noticed?”

They both said: “I got a headache.” Their concentration levels had to be so high. They constantly had to be looking at City’s players, because of their movement.

Wigan was the one we were probably thinking we could go and win. We’d done really well, but our centre-half slipped on the halfway line and they went and scored, and we lost 2-0.

We were leading against United – Morgan Schneiderlin was a revelation – but a couple of minutes from the end Robin van Persie nipped in front of our centre-half and scored. We’d changed from man-marking to a zonal defence at corners during pre-season; for every other corner in that game, our centre-half had stood in exactly the same position Van Persie scored from.

Then, last minute, our goalkeeper puts a goal-kick straight down the middle of the pitch, right on to the centre-back’s head. He heads it straight back down the middle, and they go on and score to win the game.

Tactically we had been spot on, but we got punished. Concentration, in the key moments, is a big thing.

“Antonio Conte was a jack-in-the-box during the game”

I’d managed against Roberto Mancini, Roberto Martínez and of course Sir Alex, and then we had Arsenal and Arsène Wenger away. We started really well, but got beat 6-1.

That was tough – a big eye-opener – but you know what? With the spirit of the players and the way we played, we just kept growing and growing, and we did really well. Adam Lallana was our best player, and we had the talisman Rickie Lambert up top. I also gave a debut to another 17-year-old Academy player, Luke Shaw, and the crowds were great.

I’ve got pictures with all of those other managers of when we’ve gone to shake hands. They’ve all been brilliant with me. There’s also Brendan Rodgers at Anfield, David Moyes and Rafa Benítez at Chelsea – that was our last game with Southampton, a 2-2 draw at Stamford Bridge.

I came up against Antonio Conte during my time at Hull City, in the FA Cup (below). He was a jack-in-the-box during the game, but great before and after.

I had such good people around me, and a great relationship with the fans. We’d been on a great journey.

Then, in the January, I got a phone call to come to the office. They were making a change – that’s it. No explanation, no reason. Gone.

I couldn’t phone anybody up to thank them for what they’d done. It felt wrong.

“We got players who weren’t previously functioning to function”

Mauricio Pochettino, who replaced me, has since said that he inherited a very good set-up and a very fit side.

On leaving Southampton, I had a couple of days out of the country with my family. I was on the front and back pages of the news – it was a big shock.

I’m always learning, and a couple of weeks after my departure I went to Hamburg with my wife. I had a full week of access to all areas of the football club – academy, physio, sports science, first-team training, and watching youth team, reserve and first-team games. They were fantastic. It was brilliant.

While I was there, I got a phone call from Nicky Hammond, Reading’s director of football. I said: “Hang on, why have you got rid of Brian McDermott? He’s done a great job. I’m not interested.”

They phoned me back after I’d left Germany, and gave me a bit of an overview, so I said I’d go and meet the owner, Anton Zingarevich. He said: “I want you to be the manager and play the way you played at Southampton.”

“I’ll stop you there now, because you haven’t got the players to do that,” I said. “You’ve been successful one way and recruited to that, so you’re going to have to change several players.

“You’ve got seven games to go in the Premier League, so you’re probably going to get relegated.”

I took the Reading job in good faith, and we turned it round so well. We got players who weren’t previously functioning to function. We were relegated, but the belief was that we were going to have a chance to go back up.

Anton wanted to sign Royston Drenthe. “Don’t even entertain it,” I said. “He’s not right for the football club.”

Next minute, I get a call. He’s just signed Drenthe, who turns up late on the first day of pre-season. We’d been creating a good culture.

Then, in the second or third week of pre-season, it was: “Anton’s pulled the money. There’s no new signings, we’ve got to sell players. We’ve got to find a new owner.”

In a meeting the next day, I was told that because we still didn’t have a new owner we were probably going into administration and would have to sell everybody.

“Listen, not a problem,” I said. “We’ve got a good youth team. Eamonn Dolan has been brilliant developing the Academy. I’ll play the youngsters, but don’t do what you did to Brendan Rodgers. You talked to him about changing the culture of the club – don’t do it with me and then, come Christmas, get rid of me.

“I’ll play the youngsters and guarantee we won’t get relegated. There’s no way we’ll get promoted, but in 12 months’ time those kids will have played plenty of football. They’ll be far better for the experience.”

They sold Alex McCarthy, Adam Le Fondre and Sean Morrison. We were playing the young players and progressing as planned; however, new owners came in and eventually that was it.

Reading remains one of the best jobs I believe I’ve done at any club. It’s standing back and seeing the big picture. The culture; the environment; development; how to play and how to look after a football club. Environment is everything.

It was tough, that one. But that’s what my whole life has been – getting up and going again. It’s that passion, for getting everybody to collaborate as a team.

I’m always learning, and that was another great opportunity for me to go and reflect on my career, and the lessons I’d learned in preparation for the next chapter.