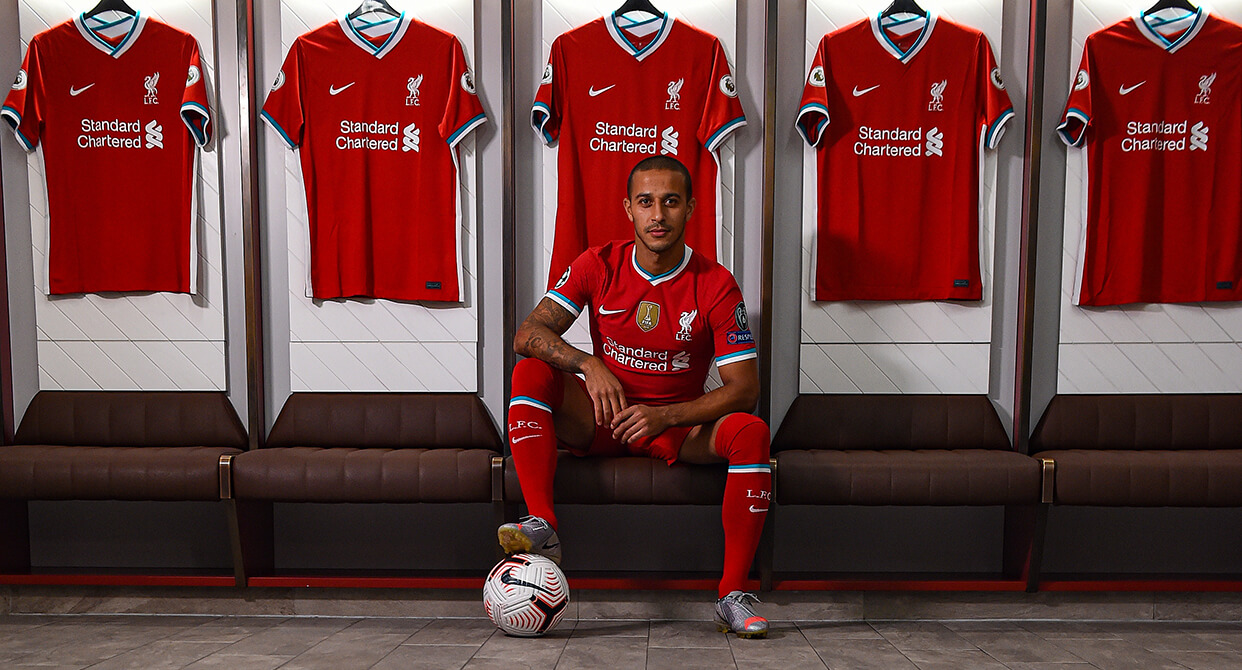 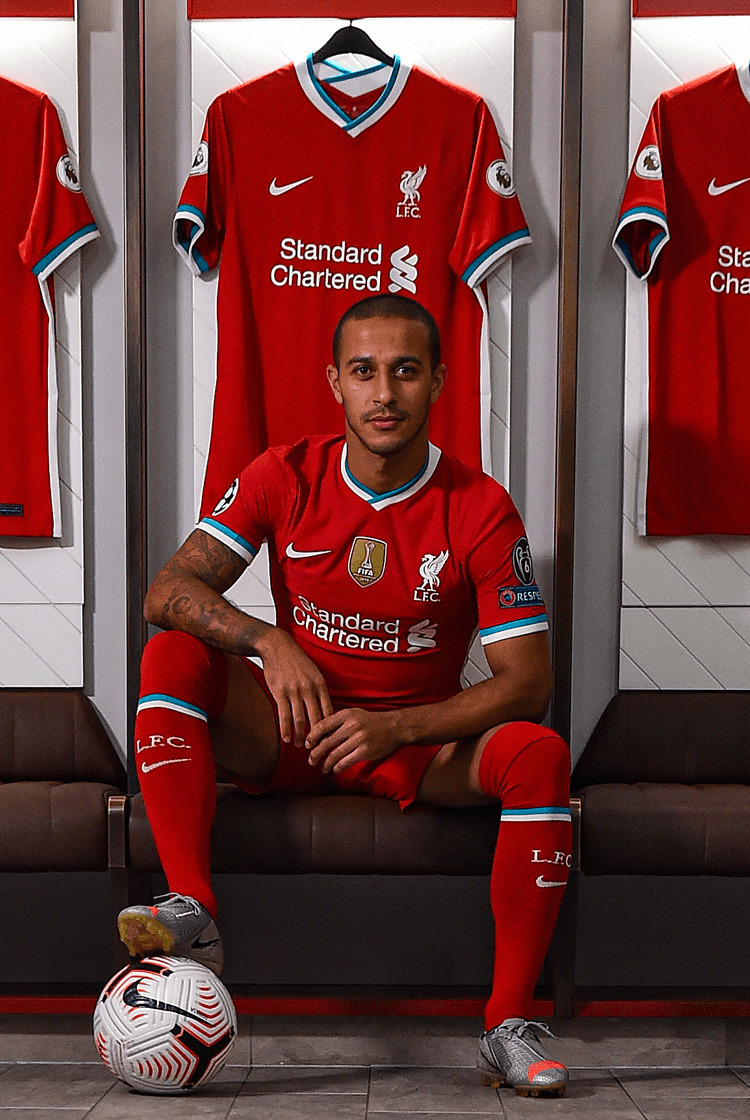 Profile
For all of his success at Bayern Munich, until his departure for Liverpool perhaps the most enduring symbol of Pep Guardiola's reign there was the classy Thiago Alcântara. "Thiago or nothing," Guardiola said when demanding a midfielder of his nature, a year after he had stopped working with him at Barcelona.

There also remain those in Catalonia, particularly following the retirements of Xavi Hernández and Andrés Iniesta, who continue to regret Thiago's departure in 2013 for only £21.6m. If, led by a core of German players, Bayern established themselves as the finest team in Germany by winning the Bundesliga title, the guile provided by Thiago was instrumental in elevating them further when they proved themselves the finest in Europe by winning their sixth Champions League. There were few who appeared capable of of improving 2020 Premier League and 2019 European champions Liverpool, but after being identified by Jürgen Klopp as his leading transfer target, Thiago has already demonstrated he is among them.

Tactical analysis
Thiago operates in a similar mould to Sergio Busquets, Rodri or Jorginho – as a deep-lying central midfielder seeking to link play between the first and final thirds. He typically looks to make movements towards the ball as his teammates build from defence, and occasionally withdraws into defence to create an overload in the first phase of his team's build-up, encouraging the central defenders behind him to adopt wider positions, and the full-backs to advance.

When receiving possession, he often positions his chest in the direction that allows him to see as much of the pitch as possible, instead of towards the player he is receiving from; he scans the positioning of his teammates and opponents before quickly making a calculated decision regarding his next action. He also checks over his shoulder both before the ball is played towards him and, if the nature of pass allows, while it is travelling to give him an awareness of his blind spots, contributing to his ability to evade pressure and make the correct decisions.

His desire to consistently play forwards is one of his greatest strengths. It is common for those playing in the same position to receive possession with their backs to goal, and therefore to return it in the direction from which he received it. Thiago instead favours advancing it, via protecting and manipulating it if he is under pressure – to create the angle he needs to play through – and perhaps playing a diagonal pass into the far half-space, or switching play. If he is instead free, he will receive with an open-body position, seek to break lines with his passes, and mostly resist playing horizontally or backwards.

There is also a variety to those passes; low, driven ones to break lines (below), sprayed deliveries to wide areas, and clipped ones over defences. That he doesn't record a significant number of assists owes to his deep positioning; his vision and passing ability means that those numbers would be higher from a more advanced position, or against opponents willing to risk a higher defensive line, and not the deeper one that reduces his options. His responsibilities have instead long involved playing the pass that eliminates opponents and leads to a subsequent effort on goal. When he is required to defend, he is dynamic when closing opponents down and sensitive to danger; he recognises when to press his direct opponent, when to move to another opponent, and when to hold his position and provide cover.

Role at Bayern Munich
Thiago was a significant figure in the team that established itself as the finest in Europe. In Bayern's 4-2-3-1 he formed, with Leon Goretzka, the double pivot at the base of their midfield, and between them they had vastly different roles and often played on different lines.

Where Thiago remained in a deep position close to their defensive line, Goretzka operated behind their advanced midfielders, demonstrating the trust Hansi Flick had in him protecting their defence against even Europe's strongest. Further forwards, Bayern possess a front four to rival any; Thiago's penetrative passes were influential in finding that front four in the advanced positions they relish.

Those passes and his positioning were also crucial in encouraging Joshua Kimmich and Alphonso Davies to advance from full-back, and therefore Kingsley Coman and Serge Gnabry to drift inside and ultimately create even more space for Kimmich and Davies, and the diagonal, aerial passes Thiago excelled at playing towards them. That, with support from Goretzka, they regularly attacked with seven players was further cause for Thiago to remain withdrawn.

He instead largely remained behind the ball, in a position from which, if necessary, he could continue to support the in-possession player. From there he gave Bayern's more advanced players the ability to recycle possession, and represented a composed individual capable of seeing the full picture and of identifying the best to way through a compact defence.