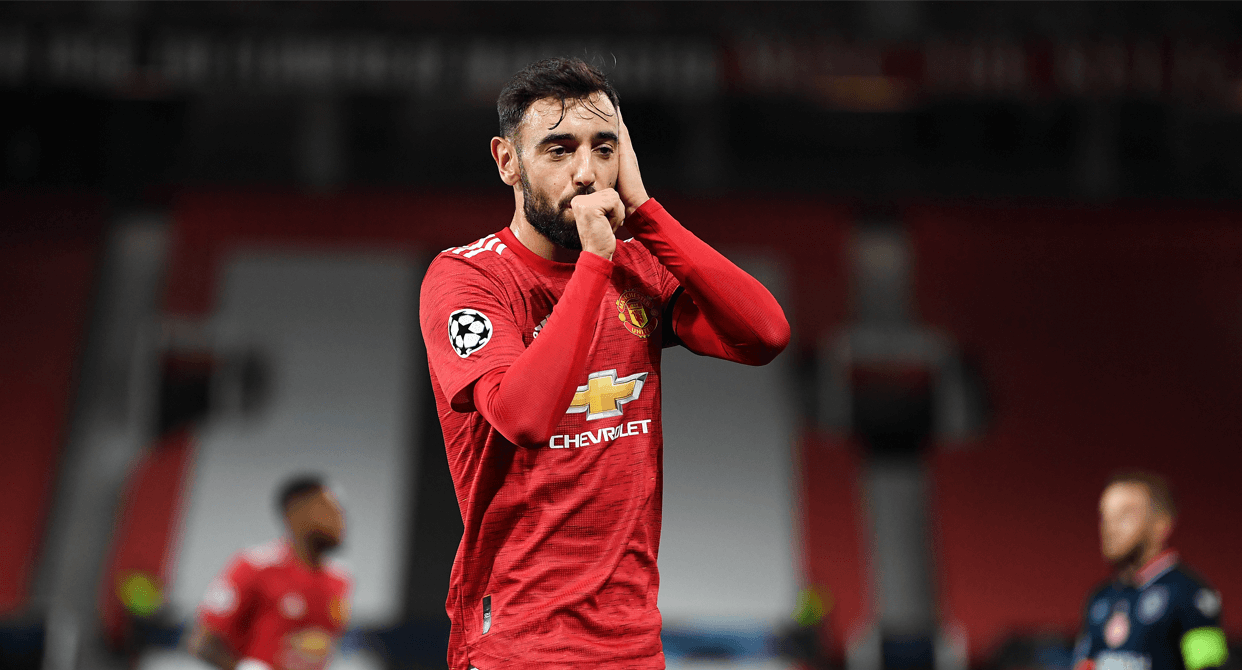 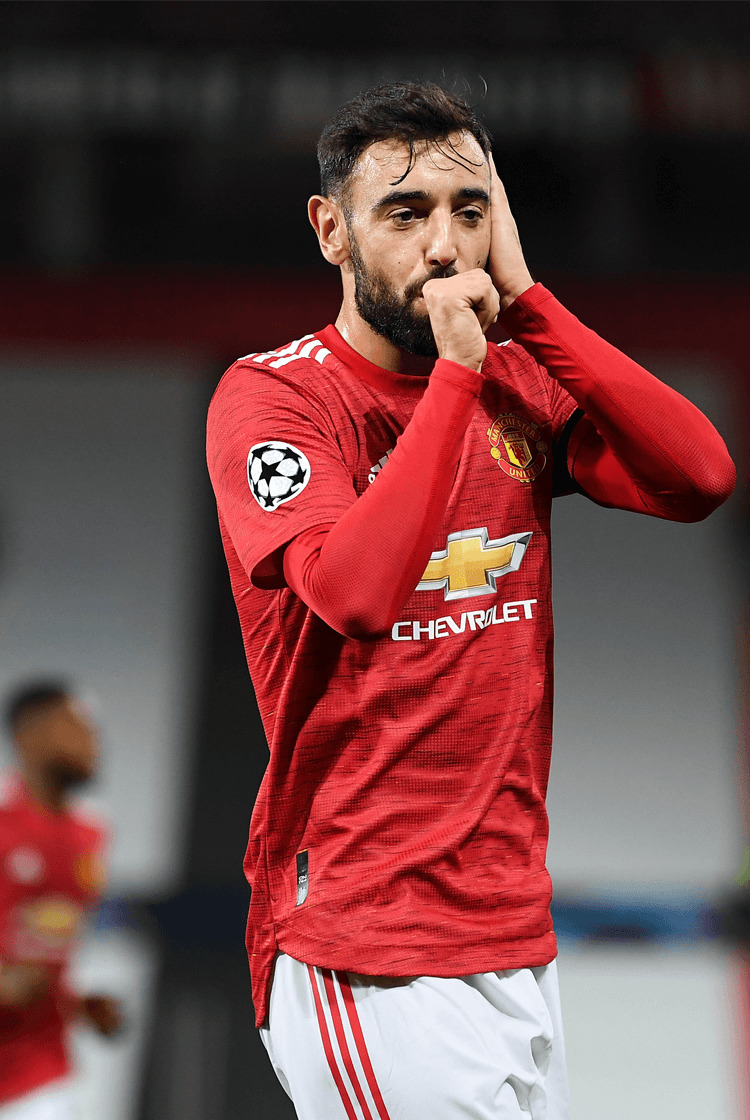 Manchester United avenged their previous defeat by Istanbul Basaksehir to take a significant step towards reaching the knockout stages of the Champions League. At the start of November they lost 2-1 in Istanbul, leaving Ole Gunnar Solskjaer under pressure and his players being widely criticised. By the time November ends they will be three points clear at the top of Group H, after two goals from Bruno Fernandes, and further finishes from Marcus Rashford – from the penalty spot – and substitute Daniel James. Deniz Türüc's free-kick proved the visitors' only goal. "The whole team played really well," Solskjaer said. "We found our positions and the tempo with the ball was really good. We deserved the win, of course, after that first half. Second half is always different and more difficult to keep the tempo when you’re winning 3-0.” His opposite number Okan Buruk, meanwhile, described one of Fernandes' goals as "Paul Scholes-esque". 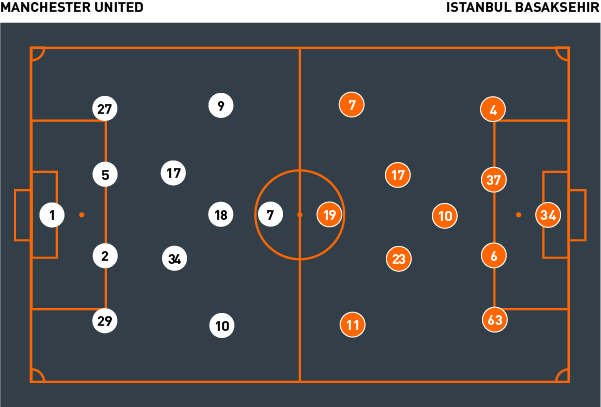 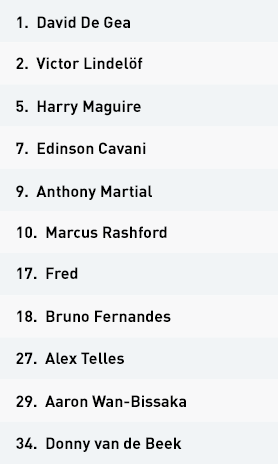 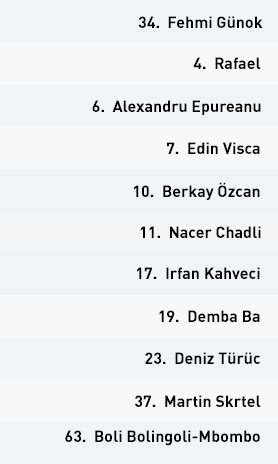 Manchester United were organised by their manager Ole Gunnar Solskjaer into a 4-2-3-1 formation that on this occasion was led by Edinson Cavani. Their visitors, Istanbul Basaksehir, defended with a 4-1-4-1 in which Demba Ba was their lone striker.

Basaksehir sought to press United when Solskjaer's team were playing out from defence. Their wide attackers pressed the outside shoulder of United's central defenders while screening the passing line into their full-backs; between them Ba and Deniz Türüc would prioritise Fred and Donny van de Beek, and Berkay Özcan and Irfan Kahveci took Bruno Fernandes or another teammate who moved into a similar position.

United had mixed success when doing so, and were largely reliant on the quality of pass played by Victor Lindelöf or Harry Maguire. Those passes were too often inaccurate, and therefore led to turnovers, or possession going out of play, but even then United overcame Basaksehir's out-of-possession approach. One method of success involved Marcus Rashford or Anthony Martial withdrawing to set the ball to Van de Beek, Fred, or a full-back who in turn played forwards while Fernandes made a diagonal run in behind, testing Basaksehir's judgement of how far to track their opponents. Martial, particularly, covered vast distances, often moving from the left wing and into the right half-space in United's half, to where Rafael was unlikely to follow him.

Fernandes and Martial also adopted positions either side of Özcan that created a two-on-one against him, because Basaksehir committed players to the areas around the ball to encourage the high-intensity pressure they sought. When that meant numbers moving towards Van de Beek and Fred, Fernandes and Martial relished that two-on-one between the lines, and were fed before they then turned and attacked.


When Basaksehir's defence was instead well organised, Ba was encouraged to play to one side while also working to prevent possession being switched, in front of those in central midfield taking Van de Beek and Fred, and their wide midfielders adopting narrow positions to screen passes into the feet of Rashford and Martial or to move to United's full-backs. If possession moved to one side of the pitch, Özcan sought to close down the ball-side midfielder with the assistance of a further midfielder, ultimately in an attempt to force possession wide and reduce the spaces United sought to attack into.

Van de Beek's positioning in a deep central midfield position provided creativity and a technical presence alongside Fred's more defensive qualities, and demonstrated an option Solskjaer may favour on the occasions he expects United to dominate possession. The Dutchman willingly made forward runs off the ball to contribute to their combinations in the attacking half, and in doing so potentially created a spare attacking player, given runs from those positions are less commonly tracked.

Cavani was also encouraged to withdraw into midfield to link play, and did so with an intelligence and awareness that made him influential in their attacks; his link play was particularly evident in the creation of United's fourth goal. A further alternative when they attacked came when they played early balls into the spaces that existed in behind; the pace of Rashford and Martial when attacking one-on-one gave that approach potential, as was demonstrated when their penalty was won.

Quality goalscoring chances were also created when United used short, sharp combinations with blindside movements, and forward runs from deep positions. Basaksehir struggled with those blindside movements, and with United also so potent on the counter – as remained the case when substitutes Mason Greenwood and Daniel James were brought on – only inconsistent decision making prevented them from winning via a wider margin.

Istanbul Basaksehir's manager Okan Buruk favoured a 4-3-3 formation led by the front three of Edin Visca, Nacer Chadli and Demba Ba. Manchester United defended with the same 4-2-3-1 with which they attacked, and in which Aaron Wan-Bissaka, Victor Lindelöf, Harry Maguire and Alex Telles formed their back four.

United attempted to press their visitors high, and that press was led by Edinson Cavani closing down the ball-side central defender, Marcus Rashford and Anthony Martial closing down the relevant full-backs, and Bruno Fernandes taking Berkay Özcan. With Fred and Donny van de Beek prioritising Irfan Kahveci and Deniz Türüc, their defence had a four-on-three.

Basaksehir wanted, where possible, to play out from the back and to build through United, but they struggled to do so while under pressure, when they committed routine errors in possession that led to turnovers. An alternative involved them playing directly to Ba and the striker then retaining possession or competing aerially before a teammate sought the second ball. If he was looking to attack into the space in behind, Ba withdrew to towards the ball before turning and sprinting into that space, essentially to tempt an opponent to move with him and commit to a race he was confident of winning. Chadli and Visca also used Ba's movements as triggers to make their own runs in behind; the visitors ultimately had some success in maintaining possession in an advanced position.


Okan's team also attempted to be positionally fluid – to make it difficult for United to track them and to remain compact – when building possession. United's defensive shape wasn't always effective, so Basaksehir therefore created some promising goalscoring chances.

There were numerous occasions when those defending would move too far to offer cover and, in doing so, leave a space on the far side of the pitch that became accessible via a switch of play and that they then struggled to defend. Basaksehir threatened through a runner on that far side attacking a pass or cross, or via a switch to a free player.