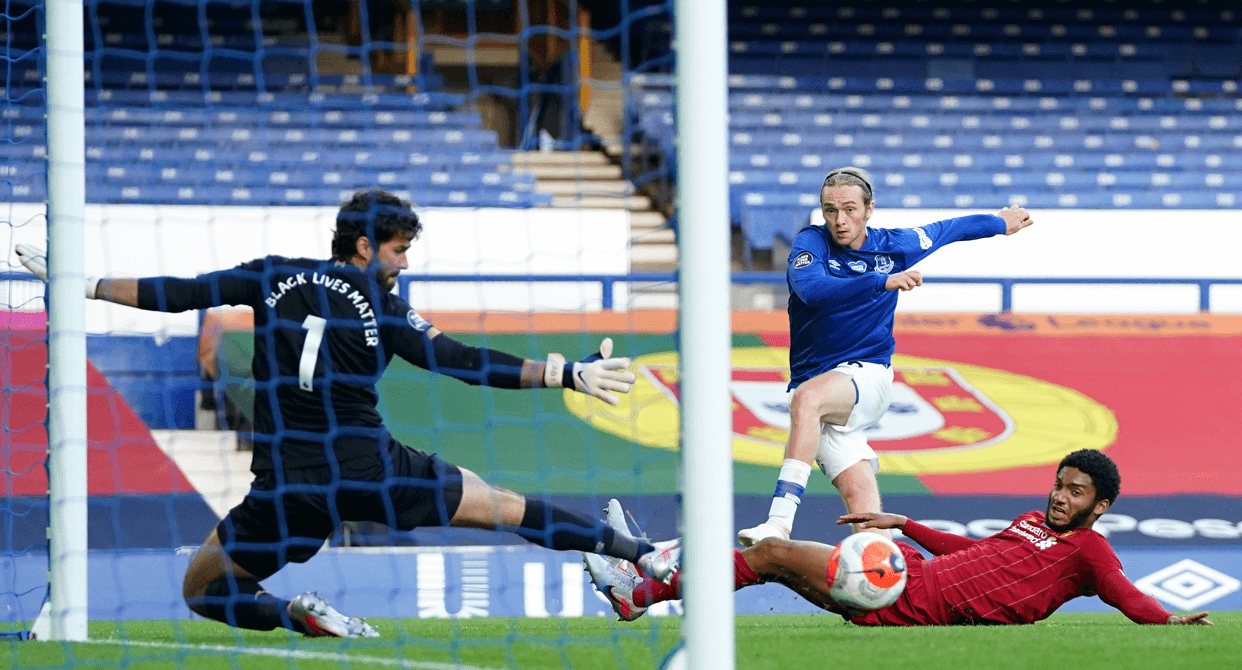 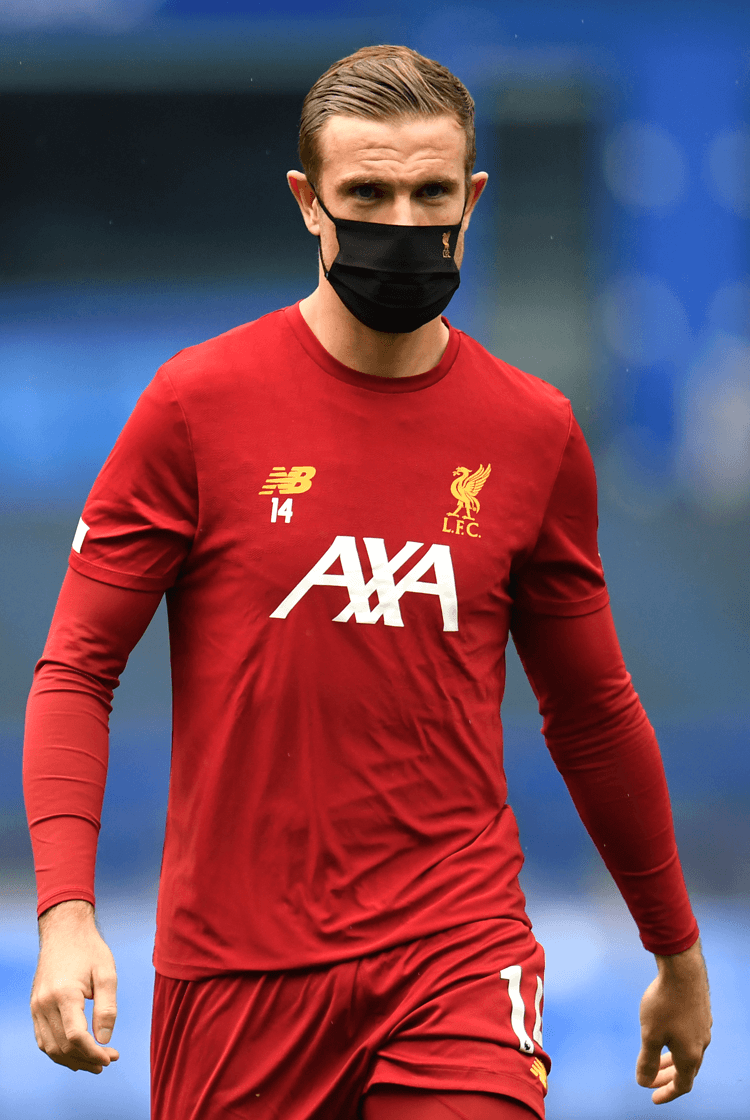 Liverpool resumed their pursuit of the Premier League title with a goalless draw with Everton in the Merseyside derby. They required a fine performance from their goalkeeper Alisson to deny theirs hosts, who created the evening's best goalscoring chances, even if their main priority was to negate Liverpool's attacking threat. The Brazilian impressively saved an effort from Dominic Calvert-Lewin, before Tom Davies struck the post; Liverpool, whose forward Mo Salah remained on the substitutes' bench throughout, offered uncharacteristically little in the attacking third, despite dominating possession. Unless Manchester City drop points against Burnley, Liverpool will be unable to secure the title in their next fixture, when Crystal Palace visit Anfield. "We were really close to winning but it was a tough game; a difficult game," said Everton's manager Carlo Ancelotti. "We performed really well. We were focused, we sacrificed. We had opportunities to score at the end. Liverpool played a good game, they had more possession but defensively we were really good." 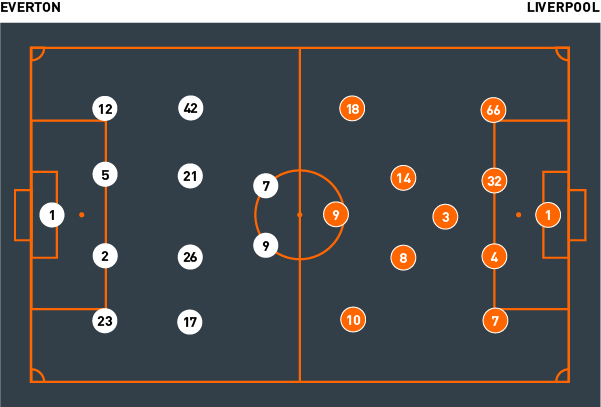 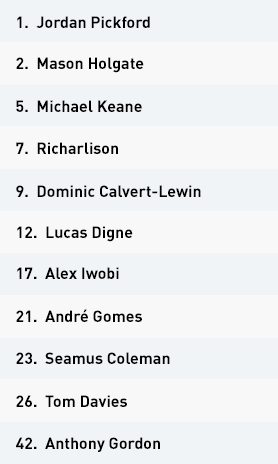 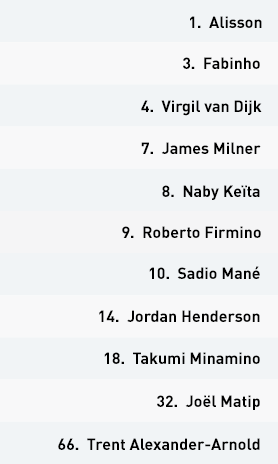 Everton were organised into a 3-2-4-1 formation by their manager Carlo Ancelotti during the periods they had possession. From the 4-4-2 they defended with, Seamus Coleman moved to play as a third central defender, Lucas Digne advanced into midfield, Anthony Gordon – making his Premier League debut – moved inside from his nominal role as their left-sided midfielder, and Richarlison withdrew into a deeper position to behind Dominic Calvert-Lewin.

Unless Liverpool made individual errors, Everton struggled to pose an attacking threat beyond Calvert-Lewin’s runs in behind their defence. Liverpool proved increasingly capable of finding Roberto Firmino, but through Gordon and Alex Iwobi gradually defending from deeper territory, Ancelotti’s team offered sufficient numbers in their defensive third to frustrate their visitors. Liverpool’s full-backs advancing, and Calvert-Lewin’s runs, contributed to Everton offering greater potential when they attacked but, unlike when they defended, they had too few numbers in the final third to offer their striker the support he required.

Liverpool’s press, applied from their favoured 4-3-3, was proving effective, increasing the visitors’ dominance of possession – something that was also helped through Jordan Pickford or one of Everton’s defenders attempting longer passes forwards. It was only when Liverpool moved too early, when seeking to restrict their hosts’ passing options, that they were able to build effectively into and through midfield.


With Everton initially building via short passes inside their own defensive third, Liverpool pressed through Firmino moving to cover Everton’s deepest midfielder – at goal kicks that was actually one of their nominal central defenders – and Sadio Mané and Takumi Minamino pressing inwards. Mané and Minamino followed the ball across the pitch, as Everton tried in vain to find their full-backs; Jordan Henderson and Naby Keïta then aggressively prioritised those full-backs. Supported by Liverpool’s full-backs advancing to Everton’s wide midfielders, Everton were forced into longer balls that Liverpool dominated; if they didn’t win the first ball, they almost always won the second.

The depth and relative compactness they continued to offer, however – and maintaining a clean sheet appeared their priority – meant that Liverpool were forced into lengthier methods of building their attacks. Even on the occasions their rotations and movements contributed to Trent Alexander-Arnold advancing to cross, they continued to offer too little presence beyond Everton’s defence, particularly against the disciplined 4-4-1-1 block Everton used during the second half. Three of Everton’s four midfielders drifted towards the left to negate the attacking potential of the rotations Liverpool were applying along the right.

Regardless of their priorities, Everton also succeeded in creating the evening’s finest goalscoring chances. Richarlison broke through when they were targeting the spaces around Dejan Lovren; Alisson was forced into making two important saves during transitions, and Tom Daves also struck the post.

Jürgen Klopp set Liverpool up in a 4-3-3 structure, in which Sadio Mané consistently made narrow runs from the left to attack switches of play from the right. Takumi Minamino made runs inside from the right wing, but he focused on the space in front of Everton's defence – and worked closely with Roberto Firmino – instead of offering the penetrative runs made by Mané.

When Liverpool built possession from defence, their central defenders split particularly wide, creating passing options to avoid Everton’s front two – they adopted a 4-4-2 while defending – of Richarlison and Dominic Calvert-Lewin. Fabinho offered a route between that front two, but he rarely withdrew into their defence, as he so often previously has. When Minamino moved inside, he drew Tom Davies slightly out of position, thereby creating access to Firmino in Liverpool’s right inside channel. Mané and James Milner held their positions to stop Everton surrounding the ball to the extent they may have hoped; Milner’s positive positioning drew Alex Iwobi all the way back into a secondary right-back position, and Mané or Naby Keïta then moved away from Everton’s block to receive possession in space in the inside channel.

Everton struggled to retain possession against Liverpool’s high press – they often sought to play long – and the visitors grew more dominant as the first half progressed. They maintained their focus along the right, but with Jordan Henderson often ahead of Trent Alexander-Arnold – and Minamino positioned inside – the young full-back couldn't advance as far forward as he'd have hoped. His reserved position was also essential in preventing Everton from finding their front two quickly, during transitions.


Alexander-Arnold therefore couldn't advance and put crosses into the penalty area as he ordinarily does. As two of Liverpool’s front three had moved away from Everton’s defence, he also would have had only Mané to aim for, so one of Liverpool’s most common routes to goal this time offered little potential. In the absence of Andy Robertson there was too little crossing threat from Liverpool’s left side, so their width similarly counted for little. Their finest chance came from regaining possession in midfield, and a quick transition forwards, before Firmino dragged his shot wide.

Alex Oxlade-Chamberlain was introduced on the right, and he provided more width than had Minamino, inviting Alexander-Arnold to move further forwards, even if he initially did so from a narrower position that he is less comfortable in. Oxlade-Chamberlain eventually started to draw Lucas Digne slightly inside, meaning Alexander-Arnold could then move forwards on the outside. Liverpool’s right-back also moved both high and wide to get into more promising positions, but Everton’s deep block still minimised the spaces left in behind. Mo Salah, Liverpool’s biggest threat in behind, remained on the bench for the full 90 minutes.

Later still, Everton committed to crowding their left inside channel, encouraging Liverpool to switch play more frequently, but with Joe Gomez – who had replaced Milner – an unnatural left-back, the visitors still offered little threat because he could not attack around the outside of around Everton’s narrow block. Seamus Coleman defended superbly against Mané, so Keïta represented their only real threat along Liverpool’s left. It was the goalkeeper for the champions-in-waiting, Alisson, who had to make two important saves late on to earn Liverpool their latest point.