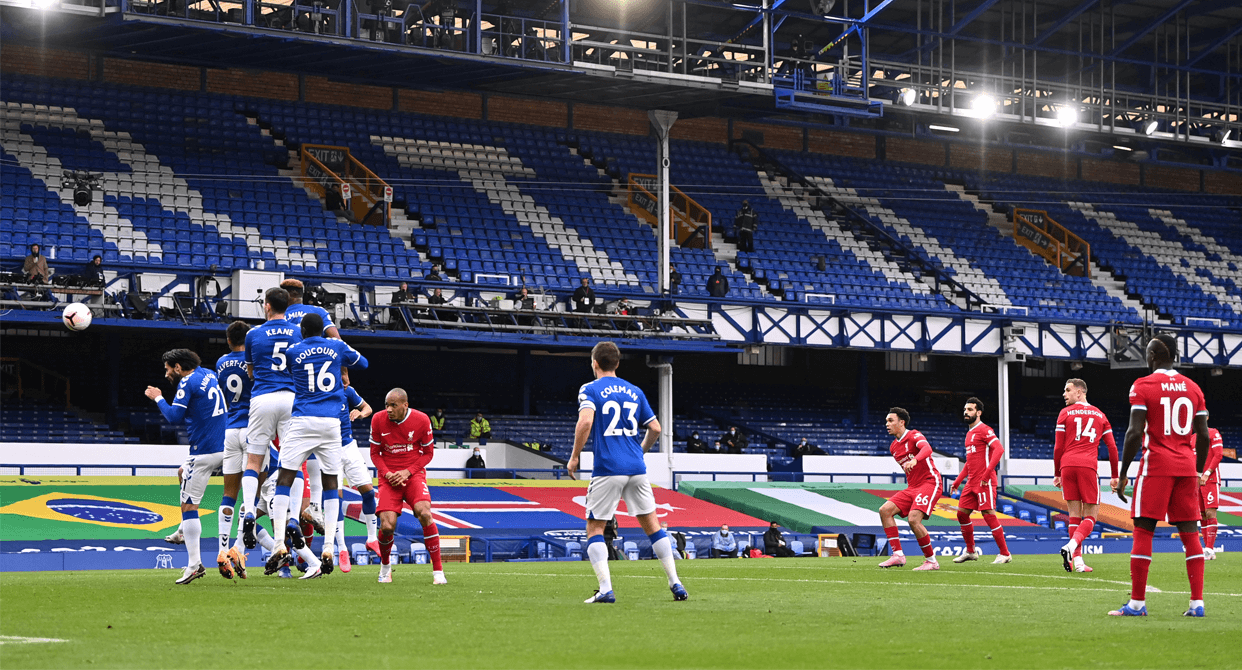 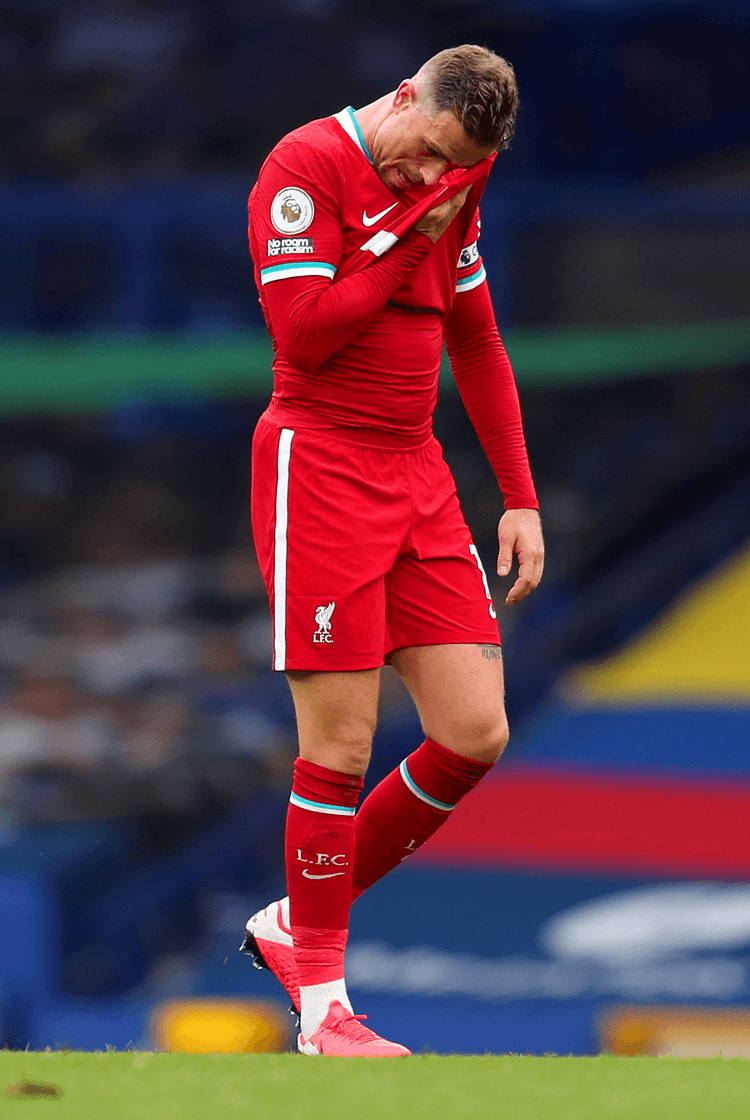 Liverpool's hopes of retaining the Premier League title were dealt a blow as Virgil van Dijk suffered a potentially season-ending knee injury in a Merseyside derby draw at Goodison Park. Jürgen Klopp's side twice threw away the lead, going ahead through Sadio Mané before Michael Keane headed in an equalising goal, and Mo Salah's second-half strike was cancelled out by the in-form Dominic Calvert-Lewin's seventh goal of the season. However, Liverpool's grievances extended beyond the result, with Jordan Pickford escaping punishment for the rash challenge on Van Dijk that will force the Dutch defender to undergo surgery on his injured knee. Klopp was left even more exasperated when Liverpool captain Jordan Henderson had an injury-time effort ruled out for the most marginal of offside calls after a review from the Video Assistant Referee. “The goal should have counted,” Klopp said. “It’s so obvious but it’s not our day. It’s getting harder and harder to take it.” 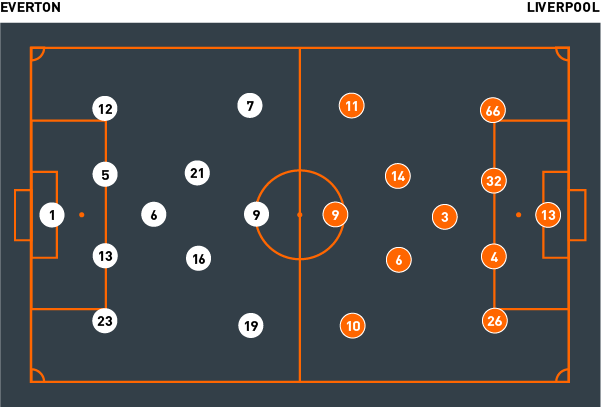 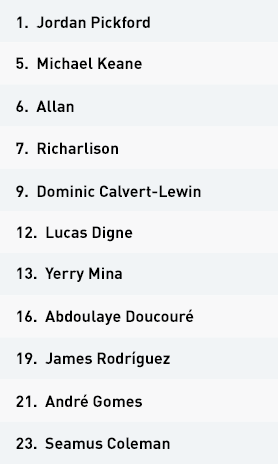 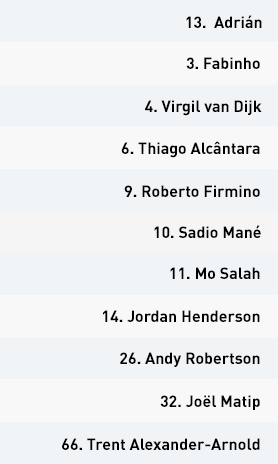 Carlo Ancelotti set Everton up in a 4-3-3 formation when in possession, with a full-strength team available and a front three of James Rodríguez, Richarlison and Dominic Calvert-Lewin. They came up against a Liverpool side in a 4-3-3 formation when out of possession, and Joël Matip back in central defence and Thiago Alcântara starting in central midfield.

Liverpool pressed high as Everton built play from the back. Jürgen Klopp’s team initiated the press with Sadio Mané and Mo Salah targeting the outside shoulders of centre-backs Yerry Mina and Michael Keane to restrict access to full-backs Seamus Coleman and Lucas Digne, aiming to force Everton to play into central areas. Roberto Firmino screened passes into Allan, and Liverpool’s central midfield three were positioned very narrowly, further reducing the space for Everton to play into. The visitors’ aim was to use Mané and Salah’s angle of approach and the compactness of their midfield to set a trap for Everton where they felt possession could be regained.

However, when they had to play into those areas Everton trusted their midfielders, Allan, Abdoulaye Doucouré and André Gomes, to receive passes while under pressure inside that trap and manoeuvre play out to the full-backs who were left unmarked. A key aspect of keeping their full-backs free was the positioning of Richarlison and Rodríguez high up the pitch, occupying Liverpool's full-backs and discouraging them from moving out and pressing Everton’s.


In the first half Everton played longer passes from deep either for Calvert-Lewin to chase in the channels or for Calvert-Lewin or Richarlison to battle for aerial balls. Initially Ancelotti was reluctant to allow his full-backs to advance and support his forwards due to Liverpool’s transitional threat. Instead their central midfielders moved closer to Everton's attackers, and they had some success in collecting second balls. As the game progressed, however, Digne and Ben Godfrey – on for the injured Coleman – advanced more frequently, and Doucouré and Allan remained in deeper positions to ensure that Everton were not left too vulnerable to counters.

There was a significant difference in the approach of Everton’s two wide forwards. While both looked to receive to feet, Richarlison ran at Liverpool's defence and tried to combine with those around him to get in behind. Rodríguez preferred moving inside on to his left foot in the hope of finding a pass through the spaces between Trent Alexander-Arnold and Matip, or over the top of them for Digne. That move – playing out to Rodríguez and then switching across to the left side – created two good opportunities: Richarlison’s header that hit the post, and Digne’s low cross that just eluded Calvert-Lewin.

After Doucouré was replaced by Alex Iwobi, Rodríguez moved infield, where he saw more of the ball, and it was through that adjustment that Rodríguez was able to thread a pass through for Digne to cross for Calvert-Lewin’s equalising goal. It would not be unreasonable to suggest that had Virgil van Dijk avoided his injury, Liverpool may have dealt more effectively with the two headed goals they conceded.

Jürgen Klopp set Liverpool up in their usual 4-3-3 formation. They came up against an Everton side mirroring them via a 4-3-3 out-of-possession structure.

Liverpool built play patiently from the back and demonstrated a repetitive pattern in the early stages that created two clear opportunities, including their opening goal. They moved possession outside to Mo Salah on the right while Roberto Firmino dropped towards the ball. The Egyptian then bounced a pass into Firmino’s feet and made a run to receive a return before switching play out to the far side. Sadio Mané then moved into the space vacated by the Everton defender who had moved with Firmino to receive a low cross from Andy Robertson.

That pattern became more evident towards the left after their initial success towards the right, and the relationship between Robertson, Mané and Firmino led to space being made for Salah to move into. Liverpool persisted with that method of attack for the remainder of the first half but had less success with it, and eventually sought alternatives. They were keen on attempting to isolate Salah with Lucas Digne, often playing directly to their wide attacker, who sought to beat Digne towards the right.


Liverpool consistently had five points of attack, plus support and security behind the ball. Those five points were – as usual – full-backs Trent Alexander-Arnold and Robertson, and the front three of Salah, Firmino and Mané. On this occasion there was also a much more advanced role for Jordan Henderson. Liverpool’s captain made more forward runs than Alexander-Arnold, and those runs led to goalscoring opportunities, with Henderson not simply breaking Everton's defensive line with a penetrative run to create space for others, but actively looking to attack the penalty area. Henderson could not make sufficient contact with a headed chance in the first half, and then had the ball in the back of the net in injury-time, but was denied a winning goal by a marginal offside call from the Video Assistant Referee.

Having five points of attack across their front line and keeping Fabinho and Thiago behind the ball centrally led to crossing opportunities from the wide areas and plenty of security behind possession. The positioning of Liverpool’s central midfielders led to a number of opportunities, with Henderson, Fabinho and Thiago all having shots from the edge of the area after a cross had been headed clear; Salah put Liverpool 2-1 up after another unconvincing clearance.

As play progressed Everton switched between a 4-3-3 and 4-4-2 when out of possession, via Richarlison, James Rodríguez and André Gomes taking turns to join Calvert-Lewin up front. Having two players in their front line was designed to encourage Liverpool to progress into the wider areas, and was generally effective, because they managed to restrict Liverpool’s access through the centre of the pitch.