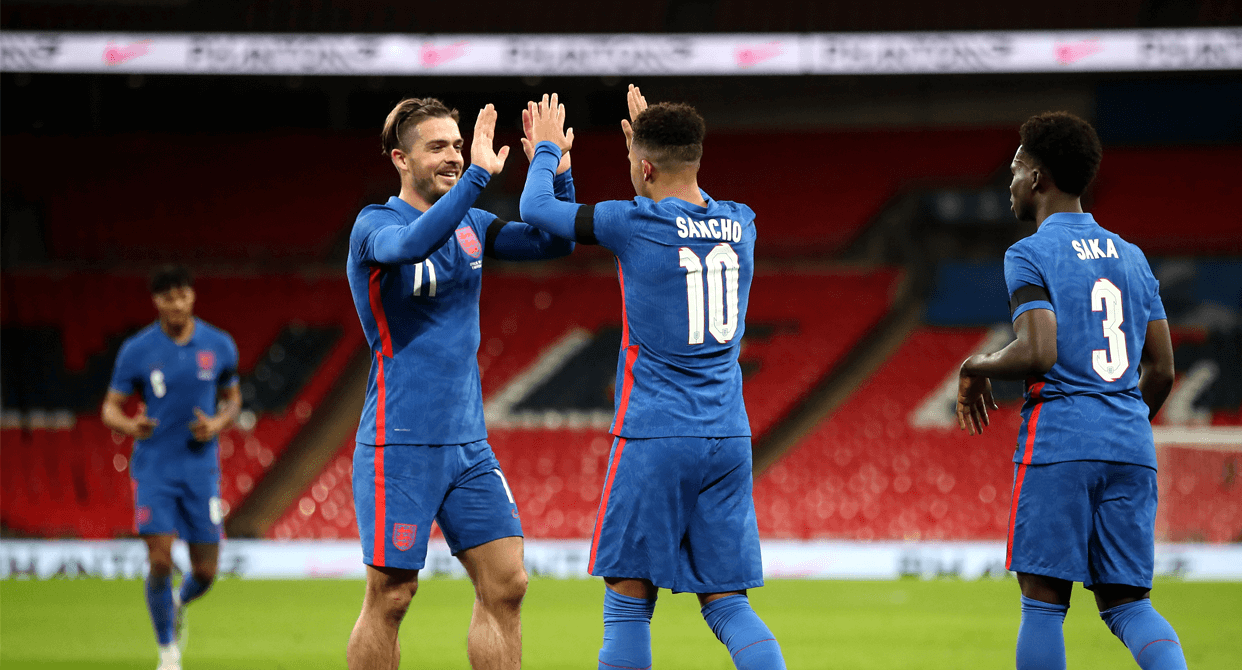 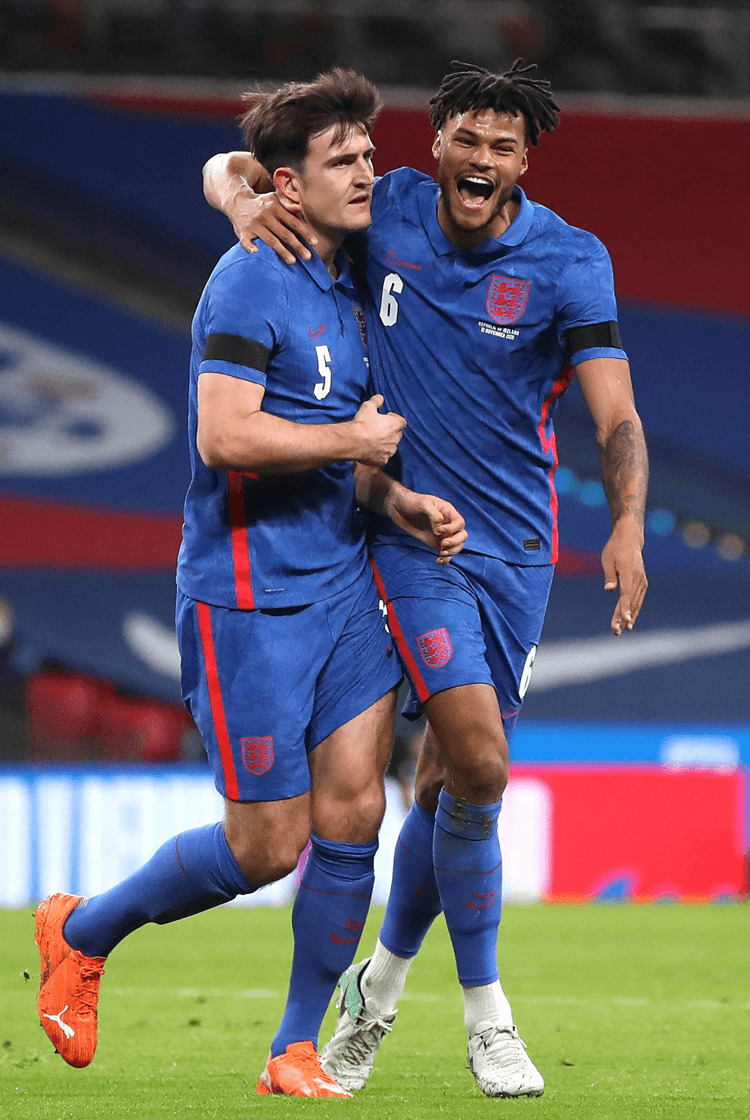 England gave a display of their strength in depth as an experimental side comfortably beat Ireland at Wembley. Harry Maguire, Jadon Sancho and Dominic Calvert-Lewin all scored, the latter doing so from the penalty spot. Jack Grealish, Bukayo Saka, Reece James and Nick Pope were among those handed a chance to impress, and Jude Bellingham came off the bench to become England's third youngest international, aged 17 years and 137 days. “We were really pleased,” Gareth Southgate said. “We had a good bedrock with the back three who were our most experienced players. We were not as strong physically in midfield as we might normally be but we played with intelligence. Jack Grealish was very good. He's in really good form and he's playing in the areas we want him to play. We wanted to give Jude Bellingham 20 minutes or so to give him a feel of it. He was nervous at the start, it's a huge occasion to come with the team at his age and be as mature as he has been with us.” 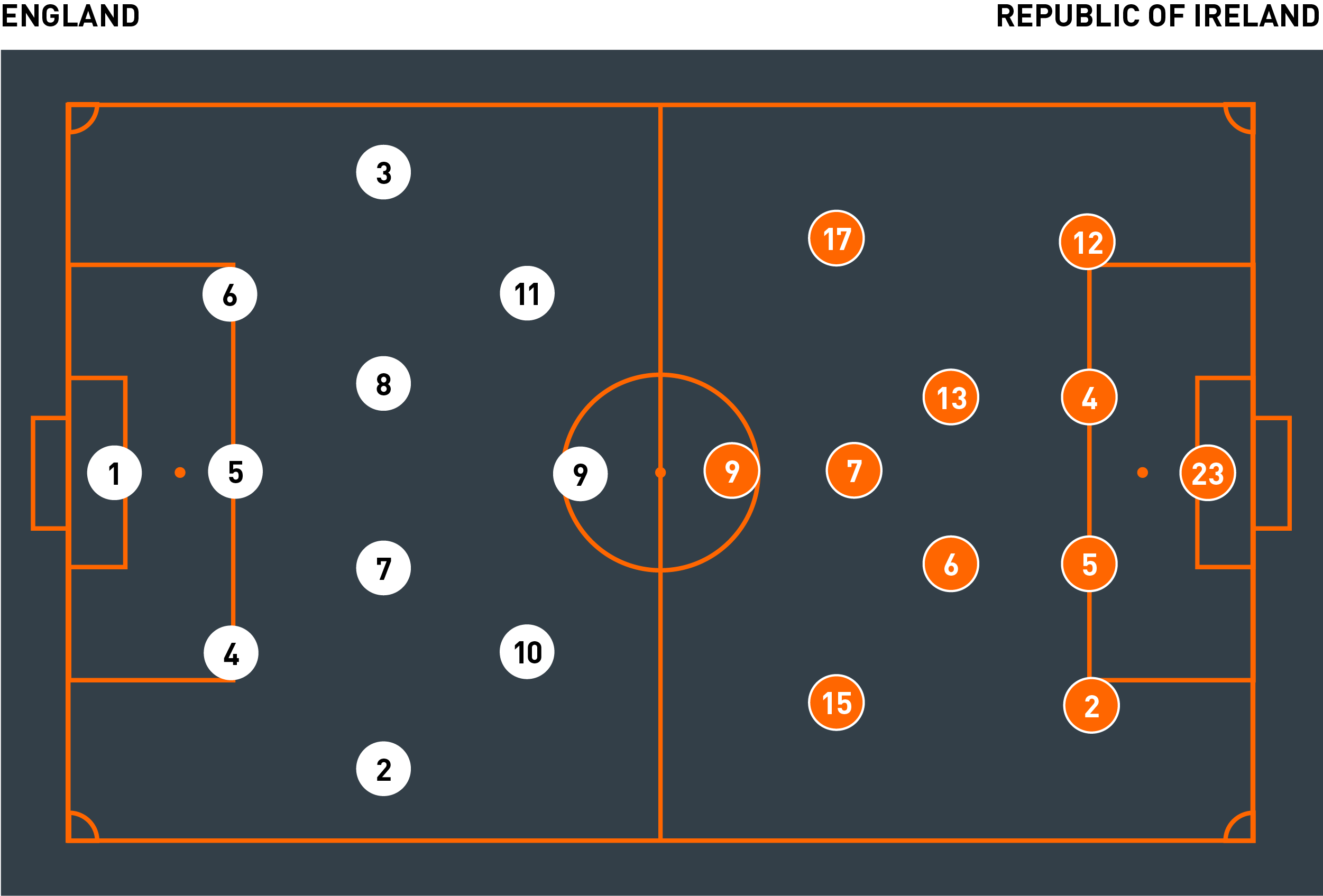 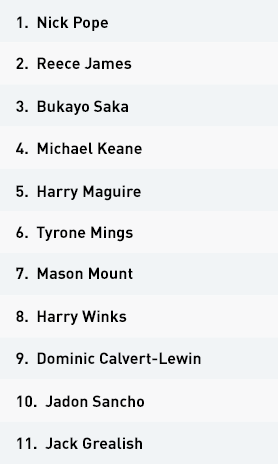 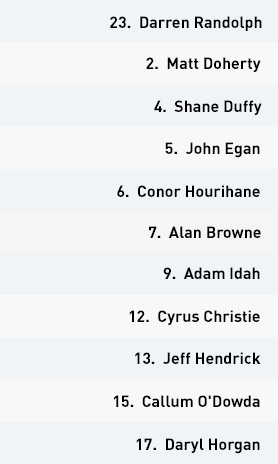 Gareth Southgate set England up in a 3-4-3 formation with a back three of Michael Keane, Harry Maguire and Tyrone Mings. They came up against an Ireland side using a 4-2-3-1 when out of possession.

Ireland tried to disrupt England’s build-up in the early stages by using their centre-forward Adam Idah to press the ball-carrying centre back to try to force play wide. Their number 10 Alan Browne sometimes supported Idah’s press by joining him in pressing another centre-back, and at other times occupied one of England’s two deep, central midfielders. Conor Hourihane picked up the other central midfielder, leaving Jeff Hendrick as their spare man.

England looked to use their wide attackers Jack Grealish and Jadon Sancho infield in an attempt to overload the central areas. Ireland therefore became even more compact than they wanted to be, and created space on the outside for England’s wing-backs to advance into.

England’s central midfielders Harry Winks and Mason Mount, meanwhile, played different roles in order to further disrupt Ireland’s organisation. Mount tended to play further forwards and often moved on the blindside of Ireland's midfield, and Winks played in deeper position, where he is more comfortable, often moving towards the right-back position to try and draw Browne out of the central areas of the pitch.


Southgate's team had some success playing simple vertical passes from defence straight through to those in between the lines. Grealish and Sancho had the freedom to move wherever they wanted, and even at times moved across to the other side of the pitch to create overloads. Accessing those two creative attackers was one of England’s priorities in possession, and they both looked to attack quickly after receiving the ball. On the occasions Sancho or Grealish remained on the outside, their wing-backs moved infield. Interestingly, Reece James tended to do that in the first half, and Bukayo Saka primarily did so in the second.

Once England had the ball between the lines, they tended to look to the wide areas to bypass the last line of Ireland’s defence. Their most common tactic was using a diagonal pass to their widest player, before a penetrative run was made into the half-space either by the player who had played the initial pass or a third man. The relevant combination usually involved a wide attacker, wing-back and one central midfielder or the furthest wide attacker – and even, on occasion, a centre-back in Mings. That positional fluidity and flexibility made it very difficult for Ireland to track England's runs.

Southgate may well have been left disappointed by England's lack of goals, given the number of times his side got into good goalscoring positions. Despite the scoreline, two goals were the result of Ireland’s inability to clear set-pieces, and the third came from the penalty spot. England only hit the target with five of their 20 attempts on goal.

A number of England’s lower crosses were blocked by Ireland's defenders, and deflected behind for corners, and their aerial crosses in open play rarely met their intended target. The introductions of Tammy Abraham and Phil Foden did little to improve their quality in the final third, although by then victory was essentially secure.

Ireland manager Stephen Kenny set his team up in a 4-2-3-1 formation. England used a 5-2-3 without the ball, through wing-backs Reece James and Bukayo Saka dropping back into defence.

Ireland looked to play out from the back but encountered an intense and aggressive press. England were a man down in central midfield, so they used Dominic Calvert-Lewin to screen passes into Jeff Hendrick when their centre-backs or goalkeeper had possession. Jack Grealish and Jadon Sancho looked to press the ircentre-backs but when they did so they ensured they blocked any passing lines into central midfield or to the wide attackers who moved infield frequently. That was particularly important as their wing-backs were responsible for pressing Ireland's full-backs, and Mason Mount and Harry Winks picked up Conor Hourihane and Alan Browne in midfield. The narrow positioning of Sancho and Grealish made England compact right from the first phase of their press.

England allowed Ireland to move the ball in front of them and diagonally out to their full-backs, but they concentrated on restricting Ireland’s access to the central areas, leading to Ireland only really being able to play on the outside of England’s back three. When Ireland were able to play forwards centrally, the recipient of the pass always found themselves under pressure from behind.


Ireland tried to use switches of play to take advantage of any space that the narrow positions of Grealish and Sancho left in wide areas, but they struggled to break England down that way, and they had difficulty in generating good quality chances from wide areas. Additionally, Nick Pope was keen to move to any aerial crosses into the penalty area.

Late on, Ireland managed to play through England more regularly. Phil Foden and Tammy Abraham were not as effective out of possession as Grealish and Calvert-Lewin had been, and Ireland were able to exploit their central overload more frequently. Despite that, Ireland still failed to create high-quality opportunities, and didn’t really threaten the hosts.