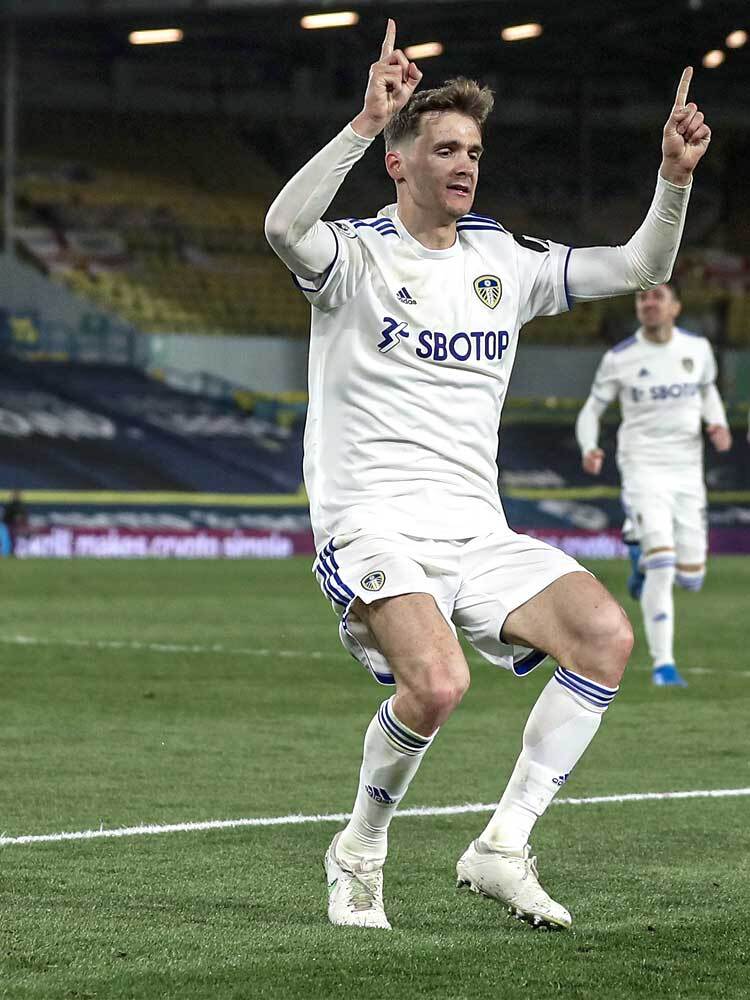 Profile
The last time Leeds paid £18m for a central defender they were making Rio Ferdinand the world's most expensive defender and had ambitions of winning the Premier League. Twenty years on, Diego Llorente arrived at Elland Road following Leeds’ return to the Premier League, with big expectations surrounding his £18m arrival.

Despite an injury-hit first season in England, Llorente proved his worth and even played his way into the Spain squad for Euro 2020 with his performances in the second half of the campaign. Leeds manager Marcelo Bielsa was full of praise for the centre-back, who settled into life in England impressively. “He has played well, he hasn’t had any bad games,” said Bielsa. “He’s had a performance level that has improved every single time we have played. He started playing well and from there onwards he’s been playing better. He has been one of the high points of our season.”

Tactical analysis
Llorente is a complete centre-back with a vast range of strengths, both in and out of possession. He provides a safety net in the last line with his pace and ability to cover for others, as well as exceptional tackling ability, but first and foremost he is extremely calm on the ball and is always an option through which his team can recycle possession.

He stands out most for his passing ability, vision and composure, happy to bring the ball out of defence and comfortable under intense pressure from the opposition. He came through the ranks at Real Madrid and played a not insignificant number of his games for Real Sociedad in defensive midfield. His footballing upbringing and the early part of his career is an indication of the technical player he is: perfectly capable of receiving the ball in midfield and progressing play through the thirds. In spite of this, he is at his best at the heart of defence.

Llorente is most comfortable on the right side of central defence, but his weak foot is good enough that he can also play at left centre-back. He likes to bring the ball out of defence and play passes into midfield and will happily draw in at least one opponent before distributing the ball to a free teammate. One tactic he employs regularly is to point in the direction of one teammate and shape to play a pass in that direction, before playing the ball to someone else in a completely different direction (above). His doing so can move several opponents in one direction before the ball is played somewhere else entirely. This might only create an extra yard or two of space for the recipient, but even that can be extremely helpful in a game of such fine margins.

This ability and the confidence he shows on the ball means he is comfortable stepping out with the ball when the opposition strikers press him from the outside to stop passes to the full-backs and force him into the central, more crowded part of midfield. When he does his, he is able to break lines by feeding balls into attackers in the centre of the pitch, but he is also able to play longer balls, favouring a diagonal pass out towards the left flank from his inside-right position. He often posts relatively low pass completion numbers for a centre-back. This is not a sign of poor passing ability, but ambition when he has the ball at his feet, and a desire to move the ball forwards with tricky passes.

He is proactive in his defending and will dive in to tackles willingly (above). He often gets the timing right and is able to lead with either foot when tackling, meaning he is comfortable when opponents try to take him on to either side. However, his propensity to dive in can lead to him being beaten on occasion.

He sometimes approaches opponents too square on, rather than side-on with the aim of guiding them to his favoured side. He does this both when opponents are dribbling towards him and also when they receive with their back to goal, and he leaves himself at risk of being dribbled away from or turned. He is aggressive in how he defends and too often makes an early attempt to win the ball, when it would be best to hold back.

Llorente is strong in the air, and he impresses whether attacking balls with a static jump or on the run, making him a valuable asset at set-pieces at both ends of the pitch.

Role at Leeds
Llorente has mainly played as the right-sided centre-back in a back four in the 4-3-3 formation that Bielsa has largely used at Leeds, but has also featured as the central of three defenders in a 3-3-1-3 setup.

Being comfortable, brave and bold in possession is a prerequisite for a defender in a Bielsa team, and it is no different for Leeds, who play out from the back pass the ball through the thirds against any opponent. All of Leeds’ defenders are capable of bringing the ball out of defence, meaning opponents cannot target any particular player with their press. Llorente is often the player through which Leeds bring the ball out and they benefit from him doing so, either through his vertical passes into midfield or attack, through clipped balls into the channels for centre-forward Patrick Bamford to chase (above), or switches of play towards left midfielder Jack Harrison.

Llorente’s proactivity in his defending makes him well-suited to Leeds’ out-of-possession approach. They go man-for-man across the pitch – aside from Bamford, who runs back and forth between two centre-backs – and Llorente is happy to step out from his slot in defence to follow his man. He stays tight to that opponent and is content to go with them deep into opposition territory (above).

This isn’t an orthodox approach for a centre-back under almost any other coach, but Bielsa demands total commitment to his man-marking strategy. Llorente has taken to it impressively and has done well in a Leeds shirt as a result. His form earned him a call-up to the Spain squad for Euro 2020, and whenever he has played for the national side, he has shown an ability to adapt to a different way of playing under Luis Enrique. He is an intelligent and talented footballer who can play in a variety of systems at the top level.