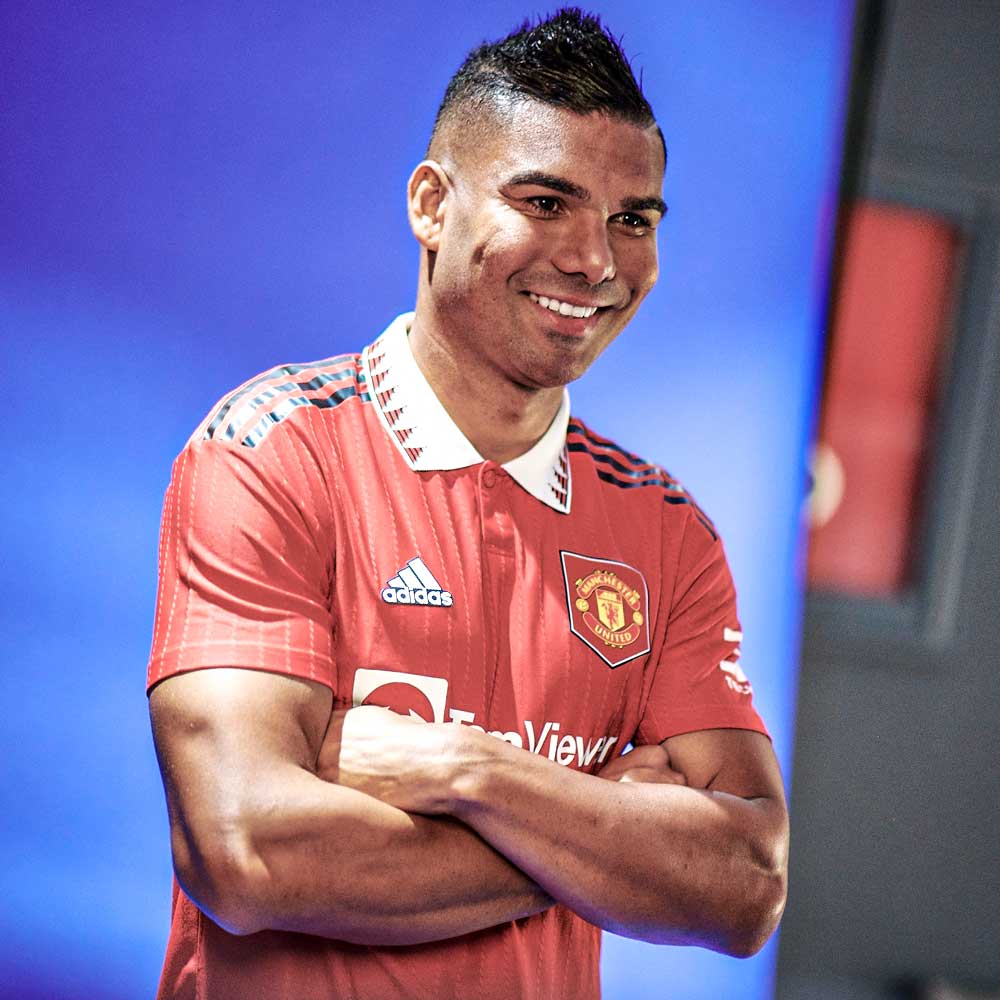 The Erik ten Hag revolution gathered pace at Manchester United with the £60m acquisition of five-time Champions League winner Casemiro from Real Madrid. The deepest and most combative member of one of the most decorated and celebrated midfield units in history, Casemiro enjoyed huge success alongside Toni Kroos and Luka Modric, winning 18 trophies in his nine years in the Spanish capital. He adds vast quality to a Manchester United side that has an impressive blend of youth and experience, with Ten Hag hopeful the Brazilian can help guide United back to their former glories.

“He is the cement between the stones, that is what we have been looking for in the summer and found him,” Ten Hag said. “[I’m] very happy with his signing. He has won so many trophies in his career. He knows the road: how you win games and finally how you win trophies. We [now] have more players who have won already many trophies in their career. That has to be a guidance for the rest of the team, so they know and they understand how to win games."

Casemiro is a right-footed defensive midfielder who has spent the vast majority of his career as a single pivot. His main strengths are in his ability to break up play in the central areas, through both interceptions and individual duels, and in screening his team’s central defenders. He consistently wins the ball back for his team, too. He topped La Liga for interceptions for consecutive seasons in 2019/20 and 2020/21.

When duelling, Casemiro times his attempts to win the ball particularly well. He appears on the blindside of his opponent almost out of nowhere (below), and then pokes the ball away, often finding a teammate immediately. If he doesn’t win the ball straight away, he will at least put pressure on his direct opponent’s first touch, and often from an angle they don’t expect. Casemiro curves and angles his approach with the aim of making it more difficult for his opponent to take their first touch away from him.

Then, once he has engaged his opponent, he is aggressive in his attempts to win the ball. He uses his upper body to move his opponent off balance, looking for a way to poke the ball away. This aggressive approach gives him a good chance of winning the ball, but also frequently leads to him conceding free-kicks. Casemiro committed the most fouls of all Real Madrid players for seven consecutive seasons between 2014/15 and 2021/22.

When supporting a high press or in the first moments following a defensive transition, the speed with which Casemiro shuts off forward passing lanes is impressive. He reads the game well, and also scans constantly when out of possession to build up a picture of what’s around him. This helps cut off passing lines to opponents who are taking up central positions behind his team’s midfield line, while also allowing teammates to press high or recover back into their defensive position.

When deeper, he protects his centre-backs with his positioning and reading of the game (above), and also defends well against aerial balls. When facing opposition goal-kicks, for example, Casemiro will initially stay close to – and sometimes in between – the centre-backs, but he is also free to aggressively push forward to attack the ball in central midfield. In open play, meanwhile, he will cover across the pitch, and often move out to compete for balls that target his team’s full-backs in the air, or the space those players have left if they have advanced higher up the pitch.

With the ball, Casemiro’s long-range passing stands out for its quality. He can effectively drop into the back line to help with his team’s build-up, moving either in between or to the side of the two central defenders, allowing the full-backs to push up. From here, his diagonal passing to the opposite wide area is particularly useful, especially to the right side (below). This helps his team play over a press, and can mean they are able to launch an attack quickly from a deep position.

When playing shorter passes, he is accurate but takes fewer risks, and so doesn’t help his team progress as much as when he plays longer. However, he shows good maturity with his passing, quickly finding more attack-minded and technically adept teammates who are then responsible for progressing play with line-breaking passes. Although Casemiro rotates into advanced positions from time to time – usually to allow technical midfielders to drop closer to defence to get on the ball – his passing is limited high up the pitch. He consistently looks for teammates who are better on the ball than him.

At Real Madrid, Casemiro played almost exclusively at the bottom of the midfield three in a 4-3-3 shape, though he also played in a 4-4-2 diamond in 2017/18. His role in both structures remained the same, though. With Karim Benzema dropping away from the centre-forward position and wide players such as Cristiano Ronaldo and Gareth Bale attacking inwards, the 4-3-3 often resembled a 4-4-2 diamond once Madrid broke the opposing midfield line (below).

Casemiro consistently protected the central spaces when Madrid defended for long periods, usually in a 4-1-4-1 shape. As the screener between the lines, he aimed to prevent central passes cutting through his team, and also moved across the pitch to support the full-backs. This was particularly necessary when Ronaldo and Bale played for Madrid, as they held a high position when the team were out of possession, ready to launch a counter-attack, which left the full-backs more isolated. Real also defended in a 4-4-2 on occasion, with Luka Modric joining the front line and Casemiro part of a flat midfield line.

His long passes for Real targeted runs down the right side, with Bale and Dani Carvajal often the target. With Toni Kroos dropping into the left inside channel, Casemiro would move between the two centre-backs to connect with the right side or look to find Modric or Benzema between the lines.

As his career progressed at Real Madrid, and especially in Zinedine Zidane’s latter years and in Carlo Ancelotti’s second spell at the Bernabéu, Casemiro increased his rotations with the number eights. This coincided with Modric and Kroos getting older and not pushing forward to support in the final third as readily. Kroos held his position in the left inside channel for longer, with Modric providing more withdrawn support in the right inside channel. This allowed the full-backs to provide the team’s attacking width, often overlapping around the two wingers in the 4-3-3 shape.

With Modric and Kroos so deep, Casemiro moved forward into more advanced positions (above), often attacking the spaces between the lines to support Benzema and Vinícius Júnior when they combined on the left. He also moved out to the right to link with Federico Valverde, Rodrygo or Lucas Vázquez. In this role, Casemiro demonstrated his ability to connect with his advanced teammates to help create chances, but he has been even more valuable in his support of a high press. His harrying of opponents following a turnover was immensely useful in delaying opposition counter-attacks, allowing his full-backs to recover and the central midfield to reorganise.

There is a wide range to his talents both in and out of possession, and there is no doubt that in Casemiro, Manchester United have signed one of the game’s very best pivot players.